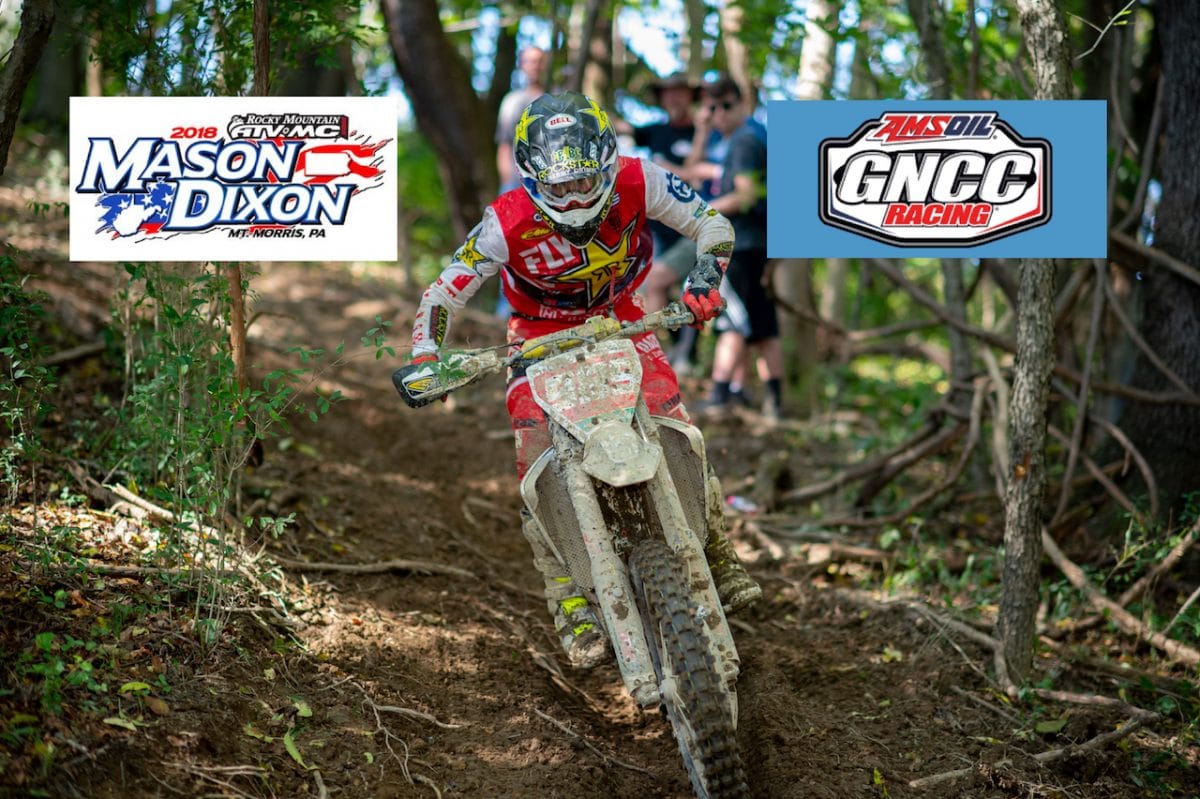 Rockstar Energy Husqvarna rider Thad Duvall was the overall and XC-1 class winner at the inaugural Mason-Dixon GNCC brought to you by Rocky Mountain ATV/MC. Duvall battled hard with Tely Energy KTM rider Steward Baylor in the first half of the three hour race taking the lead from Baylor the final time with two laps to go. Baylor would keep Duvall honest to the checkered flag bringing home a solid second place finish. Josh Strang rounded out the XC-1 podium in third aboard his factory Husqvarna. Kailub Russell made up a few positions on the final lap salvaging some valuable points towards the championship and finished fourth in the XC-1 class. JCR Honda rider Trevor Bollinger ran a solid third most the race but dropped back in the final stages finishing fifth.

Thad Duvall put his Rockstar Energy Factory Husqvarna on the top step of the podium at the 2018 Mason-Dixon GNCC.

Steward Baylor put in an impressive ride at the inaugural Mason-Dixon GNCC finishing a solid second overall aboard his Tely Energy backed KTM.

Josh Strang had a race-long battle with Trevor Bollinger and Kailub Russell for third in the XC-1 class. Strang would pull away from both on the final lap claiming third.

Red Bull KTM rider Kailub Russel was just a little off his game but still managed to fight his way to a fourth place getting some much needed championship points.

JCR Honda rider Trevor Bollinger ran up front most the race but would end up fifth.

WHAT’S NEXT FOR DEAN WILSON