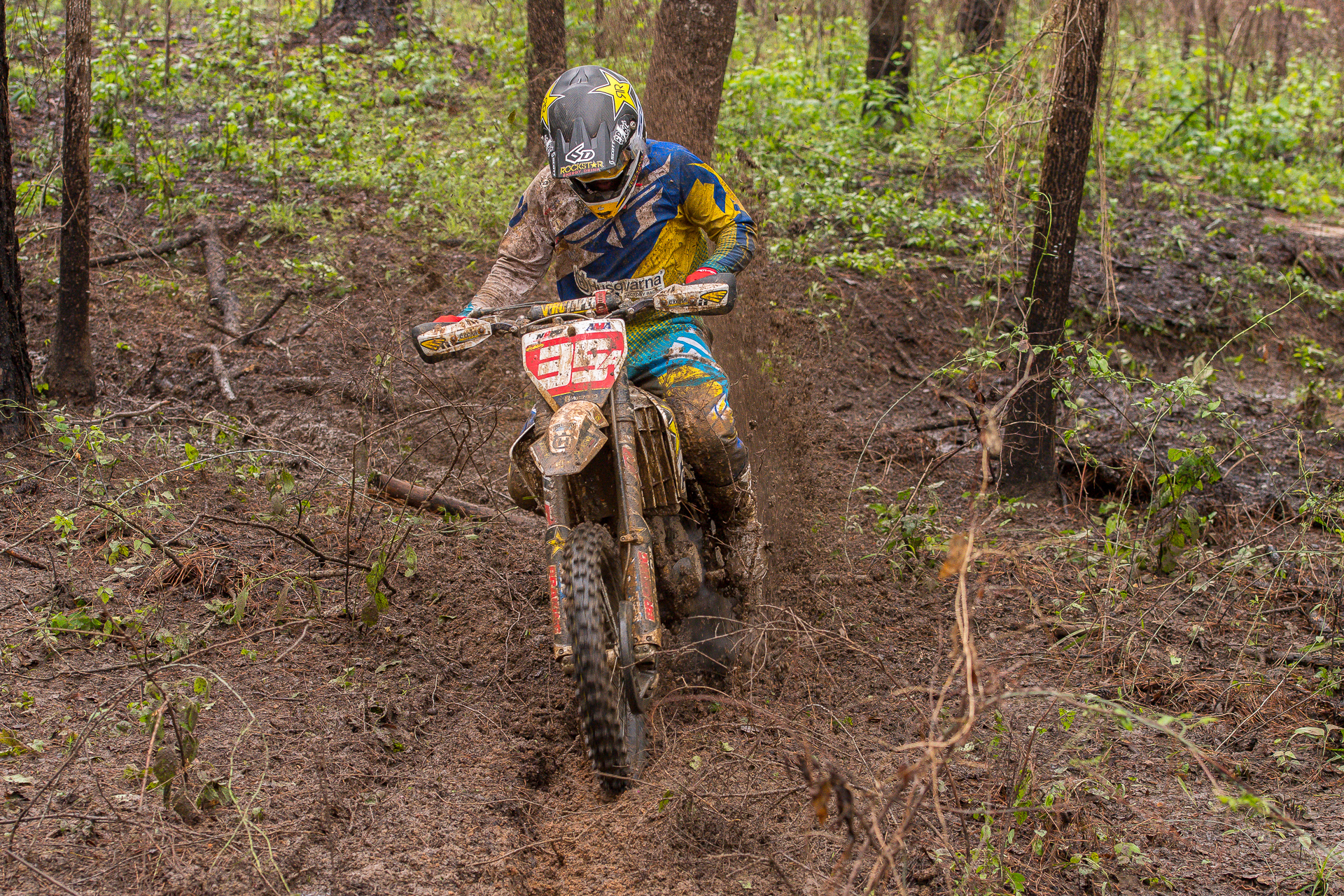 The Rockstar Energy Husqvarna Factory Racing Off-road team made their way to central Louisiana for round 3 of 2017 at the Cajun Classic National Enduro. The southern weather hit with a downpour of rain the night before the race and into the morning. As the sun broke, the weather cleared, but damage to the course caused the race to go from seven tests to four tests total.

Rockstar Energy Husqvarna Factory Racing’s Thad Duvall charged off of the start and never turned back. The slick test was no match for his skill in the muddy terrain as he finished the first test 1st place by 7 seconds. This win set the pace for the rest of the day. Duvall rode fast through the tough conditions and finished test two, the longest test of the day, in front by 27 seconds for a total of a 34 second lead. Test three and four continued in the same fashion with Duvall increasing his lead on those behind him leading him to win his first National Enduro race!

“I’ve been working really hard on a few things at home and I think it paid off this weekend,” said Duvall. “I’ve got a track at the house I’ve been practicing on and I feel like I was better in the tight woods because of the work I’ve been putting in on that track. The tests were gnarly and the rain really made things interesting. It was muddy and there were a lot of ruts and I like that kind of stuff, so everything worked out for me this weekend.” 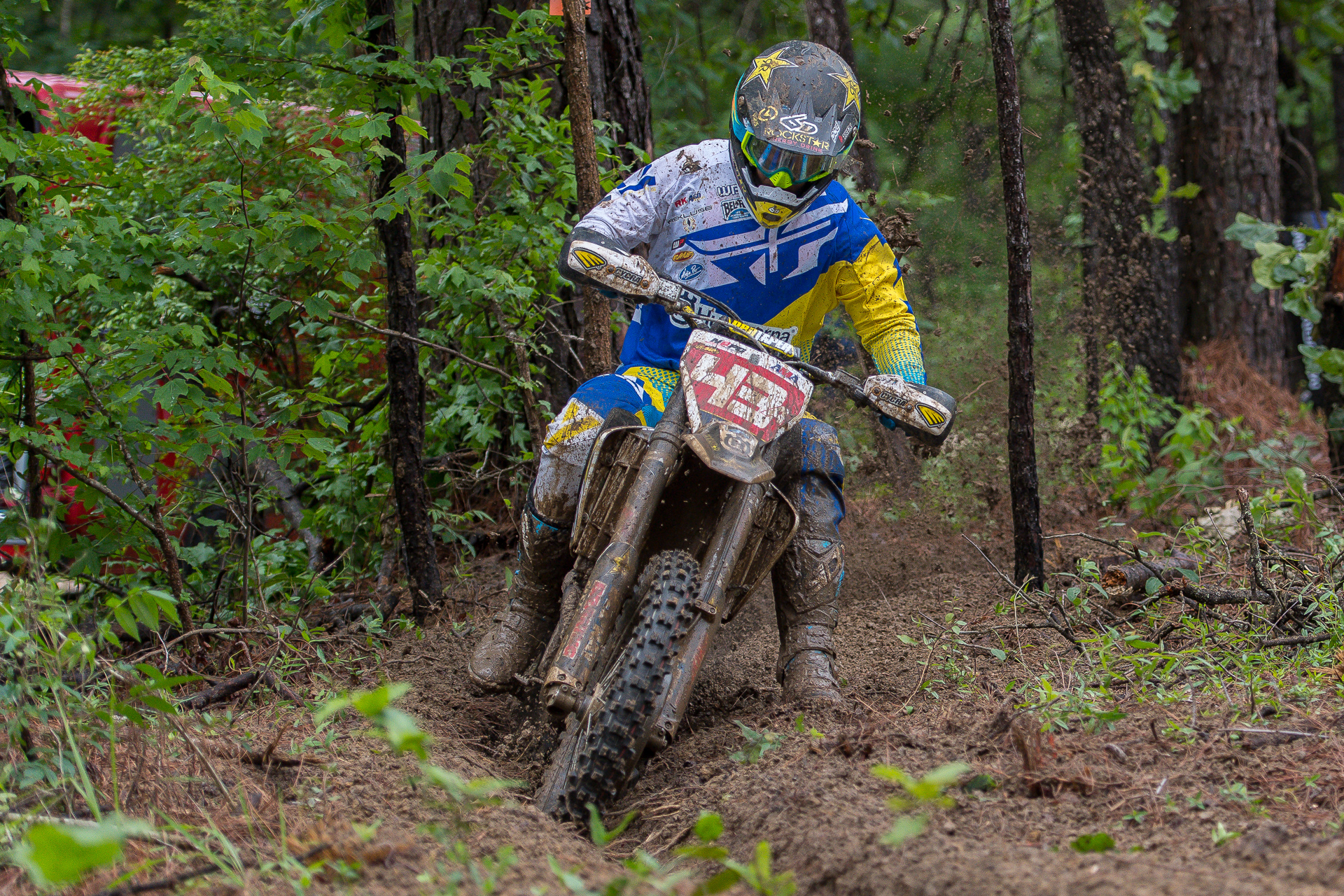 Josh Strang had a tough start to the day and struggled with the slick, mud-trodden course finishing outside of the top 10 for the first two tests. Test three, which was 6.5 miles long, is where Strang showed the most resilience and finished his best of the day with 7th place in that test. He powered through to finish 8th overall in the pro class.

Josh Strang and Thad Duvall make their way to Peru, Indiana next weekend for the X-Factor GNCC May 7th.