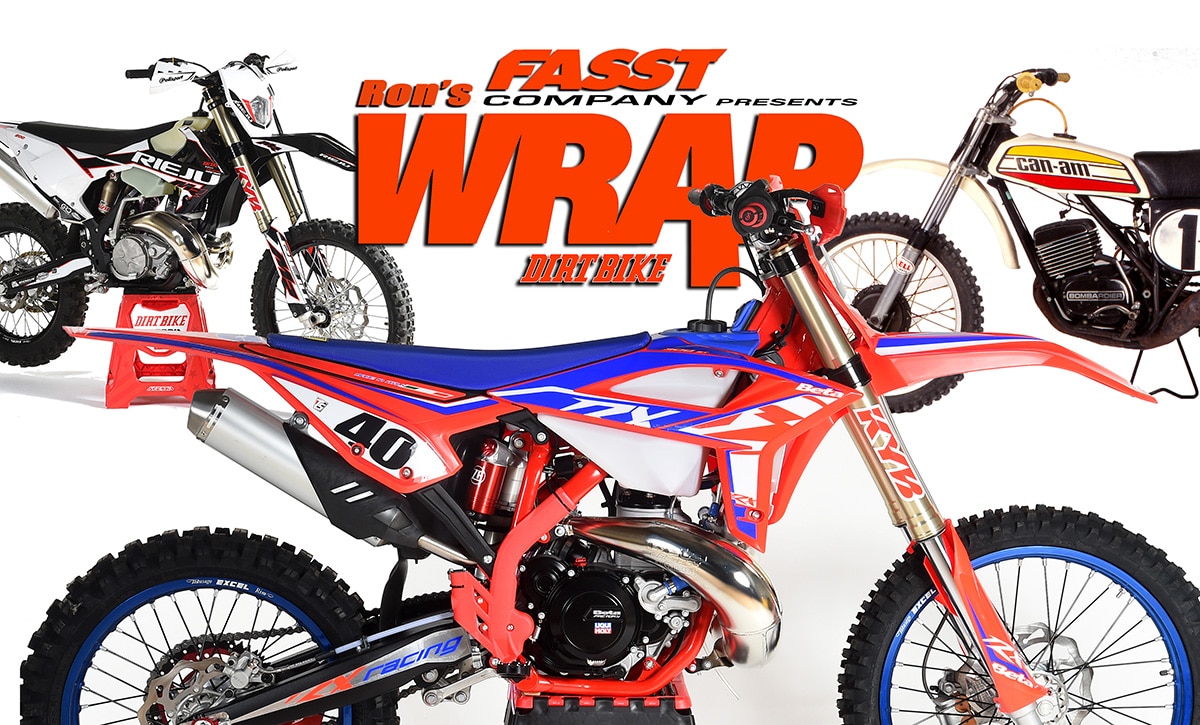 We finally got our first chance to try a Beta motocross bike this week. The Beta 300RX is a 300cc two-stroke based on the 300RR off-road bike–more or less. We have been big fans of Beta’s off-road bikes for a long time and have always thought they might make great motocross bikes. It was a project on our to-do list for years. Now we don’t have to do it because Beta did a great job.

At its most basic, the RX is a stripped RR with moto suspension (KYB closed cartridge in the front, Sachs in the rear) and moto power. It has no oil injection but it still has electric start and it still has a six-speed gearbox. But this is no enduro bike. Up front, it’s way faster than the RR. We don’t know the details of how this was done. It has the same compression ratio and it still has a Keihin carb (2mm larger than the RR’s). The 300RX has awesome power. It’s smooth and really, really fast. It’s also the best sounding bike on earth. The exhaust system is by Arrow and you have to hear it to believe it.

When you ride the RX on a motocross track, you giggle to yourself all the way around the track. It’s a fun bike to ride. It turns well and the power is just snappy enough to be fun. It’s easily as fast or faster than any 250cc two-stroke in the middle of its powerband. And the delivery is throatier and easy to control. On top, it doesn’t rev quite as high as a 250 two-stroke. And, of course, it won’t get anywhere near the peak rev level of a 250 four-stroke. Having to shift more is just a fact of two-stroke life.
In our first day of testing the suspension seemed very stiff as if it needed break-in time. It will take us a few outings to learn the bike and what kind of settings it likes. When you ride a modern four-stroke, there are lots of people to give you advice and tips for set up. With a two-stroke it’s more difficult. With a Beta two-stroke motocross bike, you have to do all your own testing and answer all your own questions. We are still in the middle of that process, but we will have a full test in the October, 2022 print edition of Dirt Bike 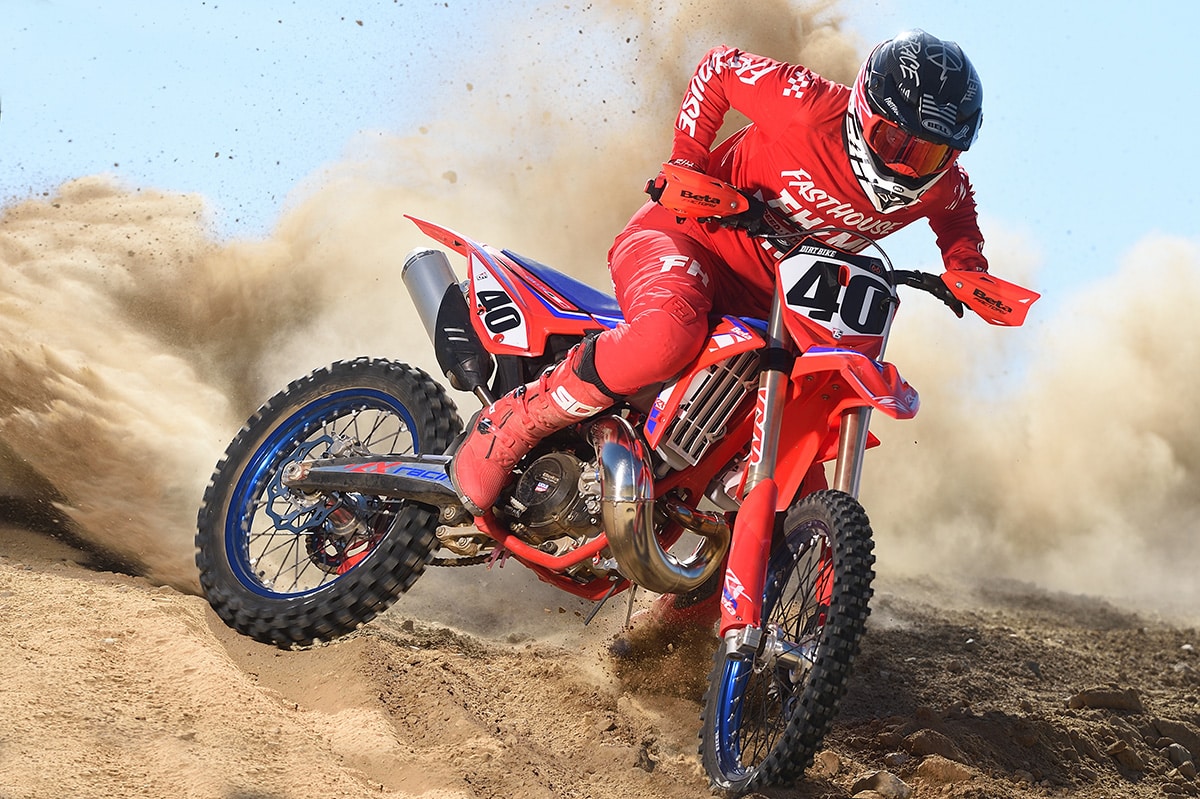 While we are on the subject of off-beat two-strokes, we got to spend some time on the Rieju MR200 Racing this week. This is about as off-beat as they come. Rieju is a Spanish company that acquired all the tooling and intellectual rights to produce the bikes that were once sold under the GasGas name. The parent company of KTM now is selling GasGas motorcycles, but they are, basically, KTMs. There was nothing wrong with the old GasGas two-strokes and they in fact had been given a make-over with a new frame as recently as 2018. 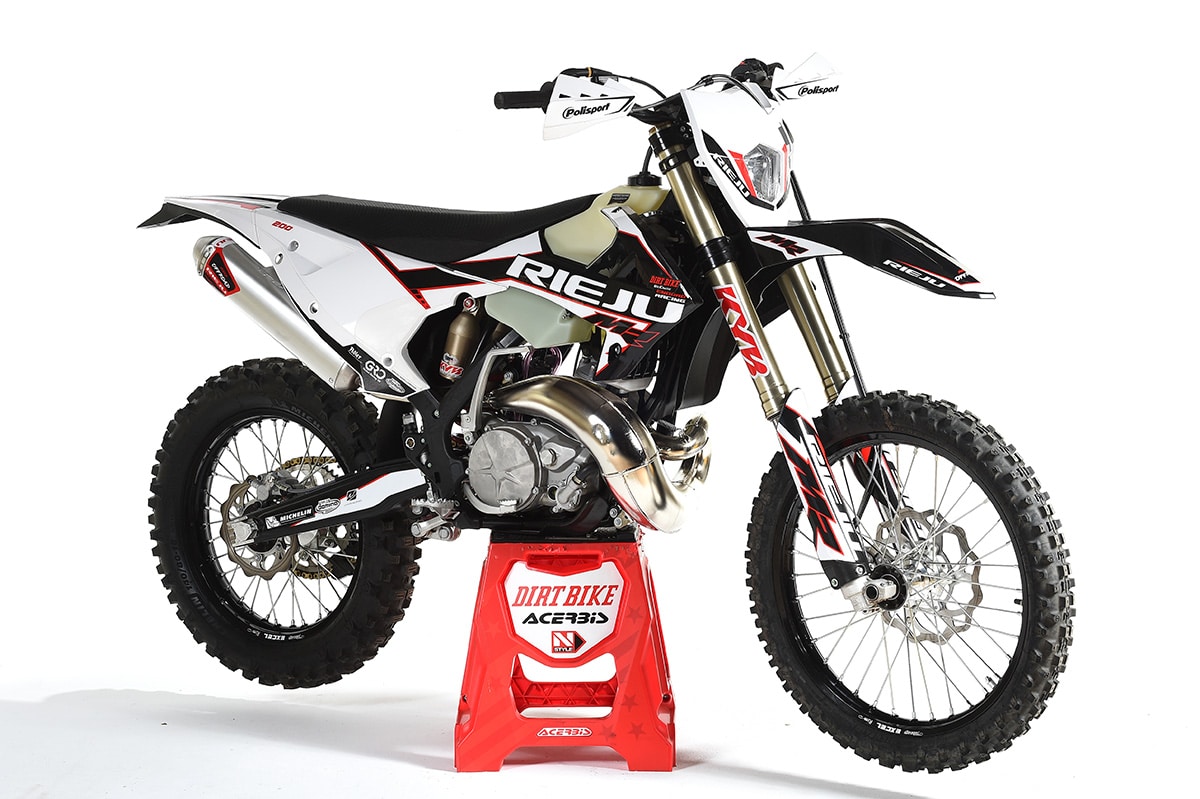 A 200 two-stroke is a rare creature in this day and age. That seems weird to those of us who have been around for a few years and remember the heyday of the 200 class. It was first populated by Kawasakis, then by KTMs. Now, only Beta and Rieju have 200s. The current KTM group offers its 150s, which are great bikes in their own rights, but that are not like the 200s of old. Not even close. The Rieju is. It has a mellow, sweet powerband and has just enough power to be fun. It’s certainly a good entry-level bike, but advanced riders like it two. This bike shares its chassis and many of its parts with the Rieju MR250 Racing. That’s different from the 200s in the past, which were mostly based on 125s. That doesn’t really matter that much as far as performance goes, but the Rieju is a full-sized motorcycle. The suggested retail price for the 2023 model is $9499.
We have tested a number of other Rieju motorcycles in recent months. The Rieju Ranger 200 and 300 have lower prices than the Racing models ($8599 and $8799, respectively). You can learn about the Rieju Rangers in a Dirt Bike video here. The Rieju MR Pro is a high-end racer, which can be seen here. 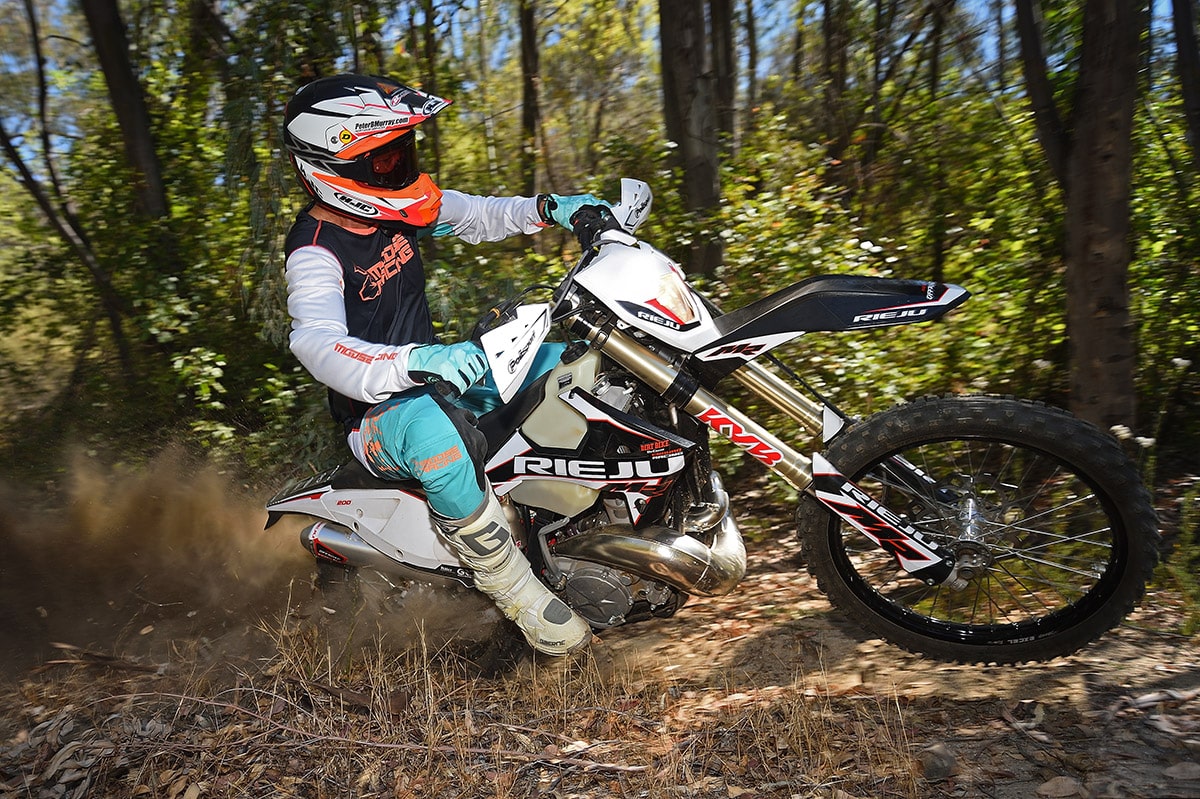 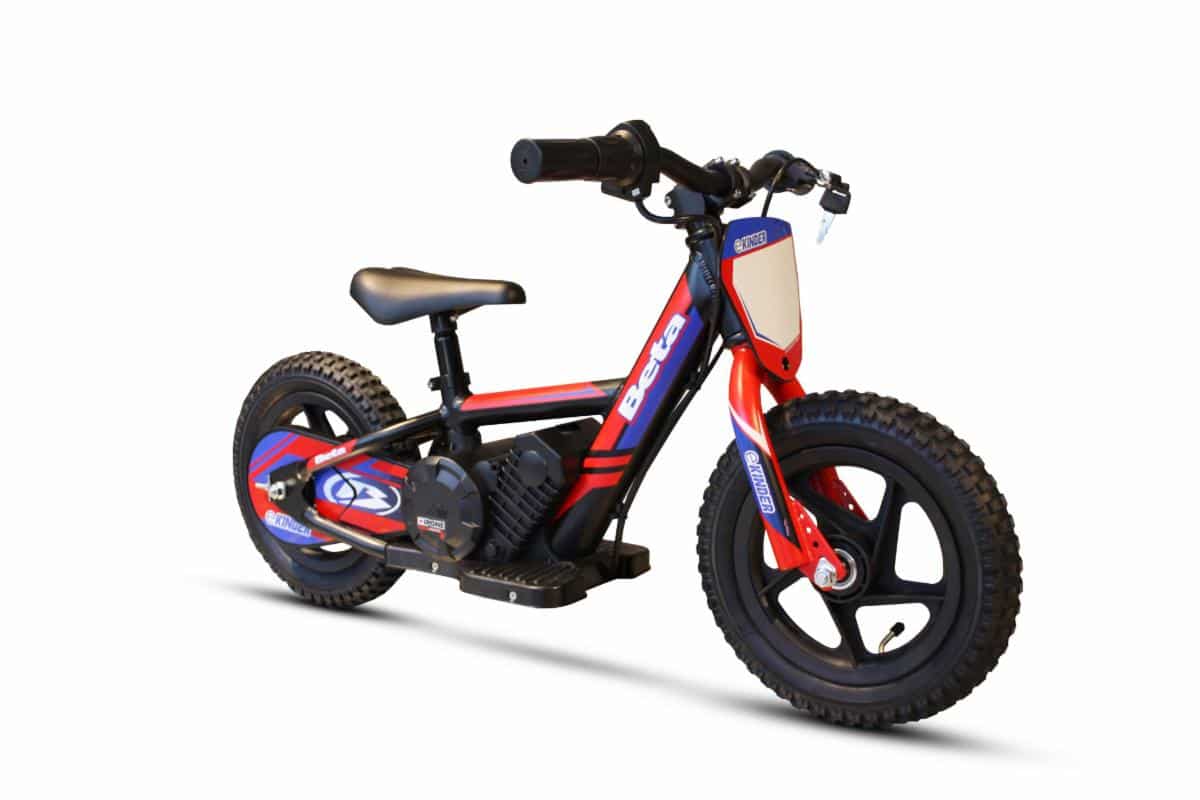 Beta USA is is happy to announce the addition of an all-new youth range of electric balance bikes. Know as the Beta Kinder, these new bikes are sure to offer young riders a great introduction into the two wheel world! Available in both a 12″ that is recommended for ages 3-5 or the larger 16″ for ages 5-7 year olds. Features such as an aluminum frame, three speeds, disc brake, mag wheels and every model comes with a spare battery!

Large capacity batteries provide 30-60 minutes of ride time depending on speed and load. Batteries are locked for safety and can be easily changed with the key. There is a battery life indicator located on the twist throttle, the seat height is fully adjustable and the drive chain is fully enclosed for safety.

Professional set up not included.

Contact your local Beta dealer today to place your order!

FROM THE WAY BACK MACHINE 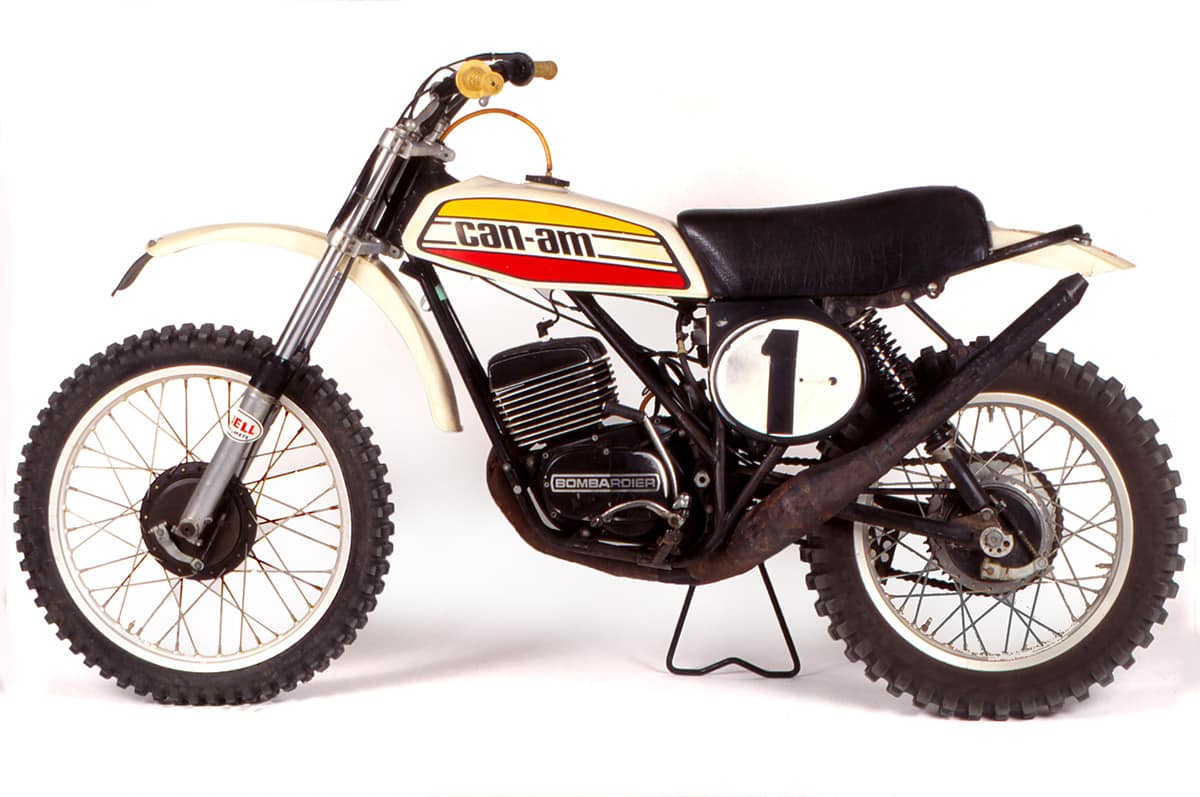 Gary Jones either won four or three consecutive 250 championships, depending on who you ask. His first was in 1971 but was before a dedicated AMA series. His last in 1974 was interesting for a lot of reasons. It was the only one earned by a North American motorcycle manufacturer. It was Can Am–and yes, that’s the same Can Am that now makes Maverick side-by-sides. This is Gary’s actual unrestored bike, which we shot in our studio years ago. Interesting fact: he won the championship without earning an overall win that year, even though he won a number of motos. His closest rival was his close friend Marty Tripes, who was also on a Can Am. 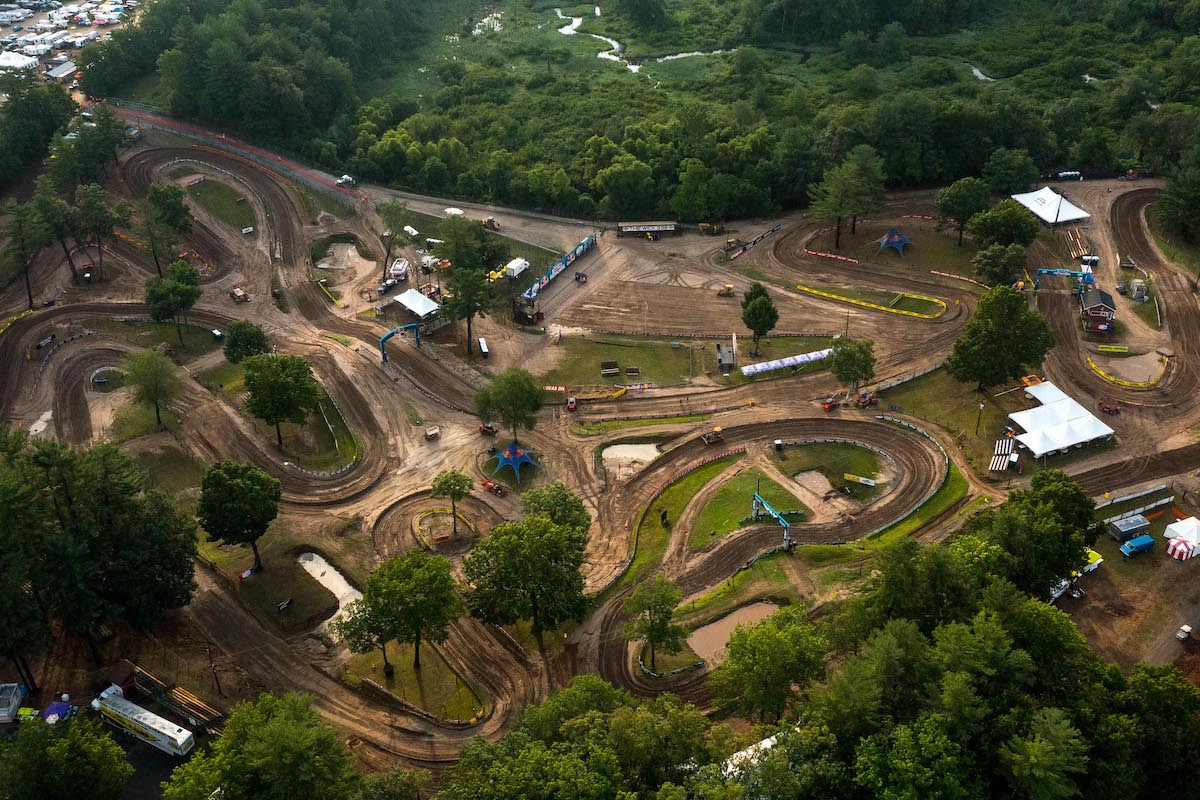 Live network coverage of the opening 450 Class moto on NBC Television Network will begin at 10:30 a.m. PT / 1:30 p.m. ET. From there, MAVTV Motorsports Network will anchor live coverage of the remaining motos, beginning at 11:30 a.m. PT / 2:30 p.m. ET. Live streaming coverage will begin with the first 450 Class moto on Peacock at 10:30 a.m. PT / 1:30 p.m. ET, followed by the remaining motos on “MAVTV on FloRacing” starting at 11:30 a.m. PT / 2:30 p.m. ET. Coverage of qualifying will also be streamed live on “MAVTV on FloRacing,” with additional viewing available through the @AmericanMotocross YouTube channel, beginning at 7 a.m. PT / 10 a.m. ET. Results will appear right here at www.dirtbikemagazine.com.