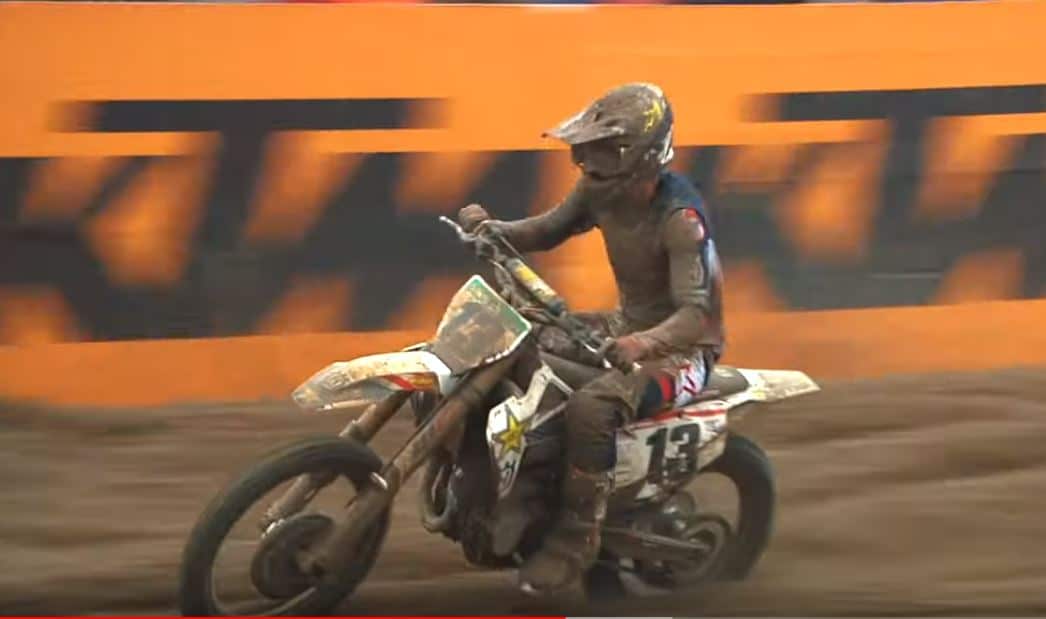 In the final episode of Jason Anderson’s Team Fried Vlog series from Assen, it’s raceday at the Motocross of Nations. The rain is coming down and team U.S.A. is upbeat about their survival prospects. Things get tough on the first lap of the first race when Justin Cooper and Jason Anderson collide. The rest, as they say, is history … .

In the official Rockstar version, which was also put together by the Anderson posse, the race takes a slightly different perspective.