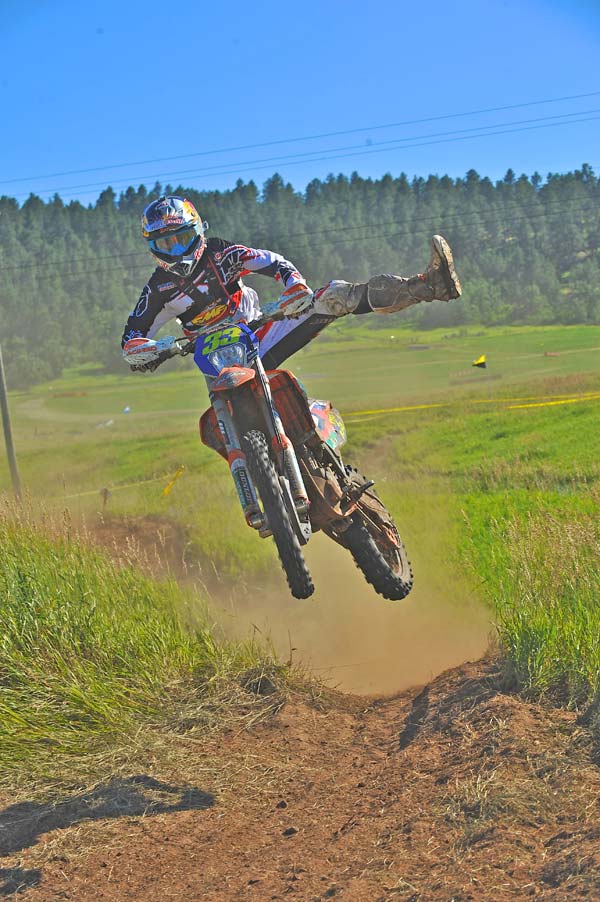 The OMA Nationals invaded Sturgis, South Dakota for the inaugural running of the Buffalo Run. For the pro racers a huge $12,500 purse was up for grabs and while favorites Paul Whibley and Jimmy Jarrett were in attendance it was KTM’s Taylor Robert who dominated the day. A new two moto format was used, with each moto being one hour and fifteen minutes. A 45-minute gap let the riders hydrate and work on their machines. Paul Whibley charged out to a big holeshot in moto one only to have Taylor Robert and his ISDE test bike overtake him in the grass track test after an intense battle. Whibs ended up second, with Jimmy Jarrett third. Moto two featured identical results with Taylor taking home a nice $5000.00 check for the days work. Cody Bollinger pocketed the Pro 2 win with 3-1 scores followed by Shane Klimek and Mark Heresco.