TAYLOR ROBERT BACK ON TOP OF WORCS ROUND 1 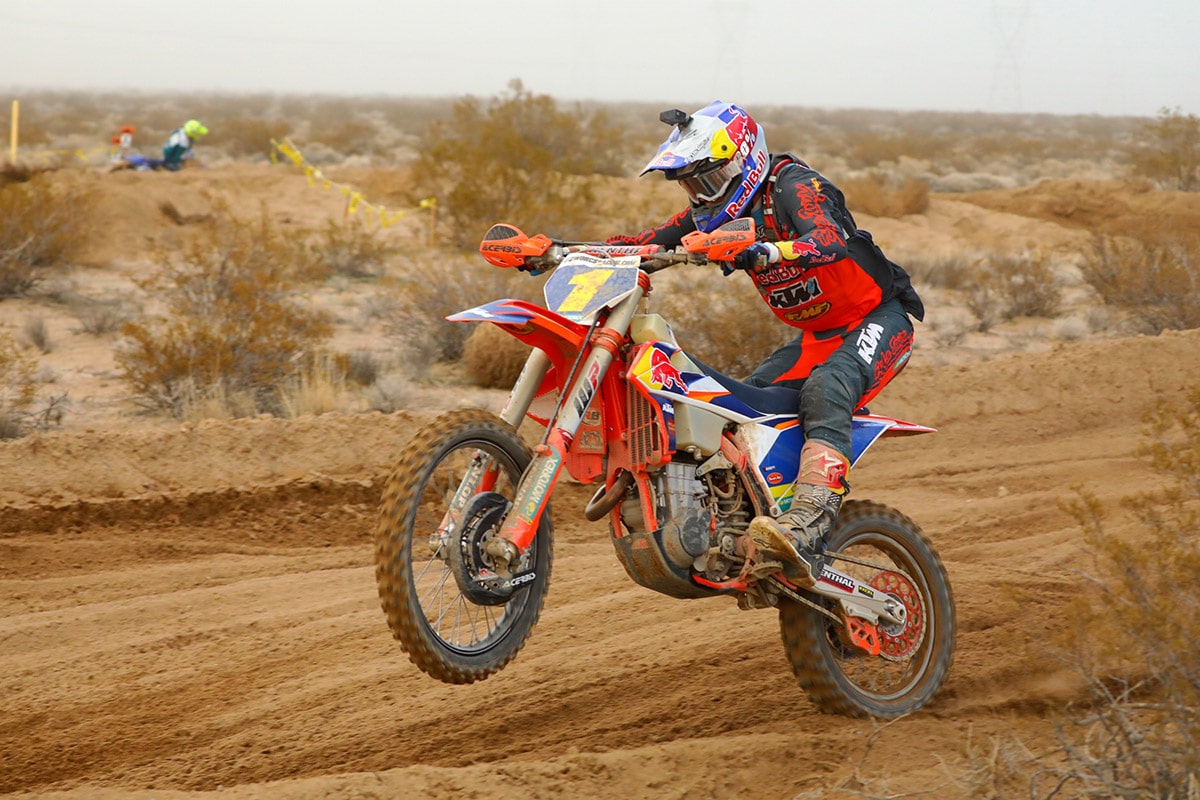 Taylor Robert started the 2020 WORCS season in grand fashion by winning round one in Primm, Nevada. The expected showdown between Robert and Zach Bell didn’t materialize, although it was shaping up that way at the start. Bell, wearing a new number 100 on his Precision Concepts Chaparral Kawasaki, got the holeshot with Dante Oliveira  and Robert close behind. On the second lap, Zach pulled off. “Got off to a great start and unfortunately noticed the bike was running a little funny until it eventually blew up on the second lap. It happens, it’s racing. The team and I will regroup and are now looking forward to a couple solid weeks of training and the races that are coming up.”

That left Taylor in charge, but Oliveira wouldn’t let go. For the first half of the race, he stayed within 10 seconds of Robert. Near the end, Robert stretched it out. In the meantime, 2018 champion Giacomo Redoni was up and down. He finally settled into a pace that brought him through the pack. In the end, it was Taylor on top of Dante and Giacomo with Gary Sutherlin next ahead of Trevor Stewart and Austin Walton.

“I’m also pumped that that track crew did something different and threw these oversized k-rails in the Pro section,” said Taylor. ” There isn’t a lot to work with out in Primm so it’s always cool to see them throw in something technical. As my dad would always say when I was growing up, “Are there any separators out there?” And by that he meant, something to separate the men from the boys, and these definitely qualified. Congrats to everyone that tried it, it was a very intimidating feature and I think it made everyone a better all around rider. Bummed that Zach had a mechanical issue early in the race, it was shaping up to be another good battle. Dante was ripping and kept me honest all day finishing 2nd. Good to see my Italian buddy Giacomo Redondi back in the US and on the podium.”