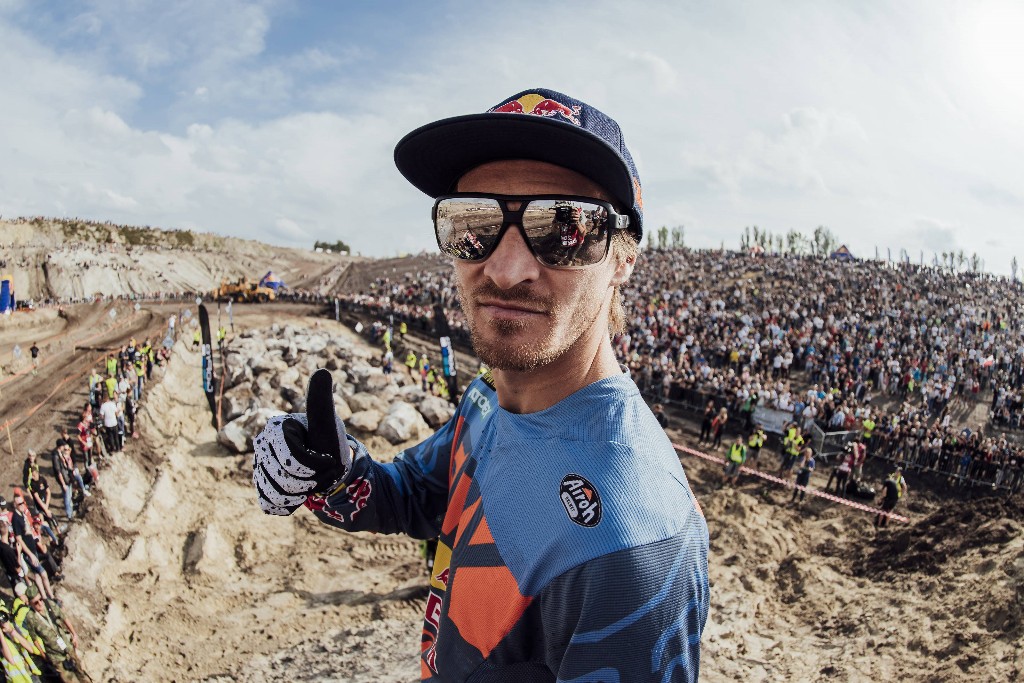 Wels, Austria – April 20, 2018 — One of the world’s most decorated Enduro riders, Red Bull KTM Factory Racing’s Taddy Blazusiak has his sights set on winning the 2018 World Enduro Super Series. Despite officially hanging up his racing boots in December 2016, Blazusiak’s retirement was short-lived. With the mixed-discipline format of WESS ticking all the right boxes for Blazusiak, the 2018 series presents the Polish star with a unique new challenge. With his competitive spirit reignited, Taddy is hungry to become the ULTIMATE ENDURO CHAMPION.

Taddy, what is it about the World Enduro Super Series that essentially enticed you out of retirement for 2018?

Taddy Blazusiak: “To be honest I’ve been waiting for a championship like this for years. I think WESS is the real enduro series I’ve been looking for. Personally, I feel that this is what Enduro needs — this is what our sport needs to advance. Enduro has so many individual disciplines, so I think this will be a series for the real all-round off-road racer. It fits a rider who can ride technical terrain or go sixth gear flat out down a beach. I first heard about WESS six months after I retired, and when I was told the series would be a reality for 2018 I had to get back racing. I was still riding for fun then and felt competitive. I’m still willing to go out on the race track and give it 100 per cent to win”

What appeals to you about the World Enduro Super Series?

“I love the concept. The calendar offers a varied mix of events starting in rocky Portugal and ending on the beach in The Netherlands with Classic Enduro, Hard Enduro and Cross-Country racing in-between. Of course, I’m known for Superenduro and Hard Enduro but I would like to see more Classic Enduro events added as the series progresses. I’ve done a lot of Classic Enduro events over the years and I love the discipline. I think WESS will be a massive series. We’ve seven rounds this year but it has potential to grow.”

For many, Classic Enduro sits at the heart of Enduro. What makes it special for you?

“It’s the pure sprint aspect of timed special test racing that makes Classic Enduro special for me. In all other disciplines you race your competitors side-by-side on the track at the same time, whereas with Classic Enduro it’s head-to-head against the clock. You are basically riding with 100 per cent commitment to go as fast as you can during each special test. It’s a cool way of racing that has so much history attached to it — it’s something that shouldn’t be forgotten about.”

This will be your first time competing at the Trèfle Lozérien AMV, what do you know about it?

“The Trèfle Lozérien AMV is a big event and means so much to the French fans. It’s going to be hard competing against some of the grass track specialists but that’s also the challenge of WESS — adapting to different disciplines as best you can. I haven’t really raced outdoors in France for a number of years, so I’m looking forward to doing that again.”

You are the most successful rider at the Erzbergrodeo Red Bull Hare Scramble with five victories, are you looking forward to racing there as part of the WESS for the first time?

“I have a lot of history with the Erzbergrodeo Red Bull Hare Scramble, it’s helped build my career to where it is today. I love racing it, it’s so much more than just a race – it’s become a real dirt bike festival. Everyone is there because they all love the same thing, which is doing crazy things on enduro bikes. The level of competition has grown so much and there are a lot of guys easily capable of winning but I also feel that I’m still one of them. I’m excited to race there in June as part of WESS.”

Where do you feel your strengths will lie in the series?

“I’m a pretty good all-round guy — I can adapt. I’ve been around for a long time now, so I know all the disciplines we’ll race. I know how to prepare for each one and prepare my bike too. I can swap from a two-stroke bike to a four-stroke bike easily enough depending on where we are racing, so I also think that adaptability will help me a lot.”

With such a variety of disciplines in one series will you train specifically for each event or try to ride on instinct at some races?

“Overall, it will be a combination of doing both! Erzbergrodeo Red Bull Hare Scramble and Trèfle Lozérien AMV are the hardest rounds simply because they are back-to-back weekends whereas others have some time between them to prepare more specifically. Starting the series strongly is critical so we will focus hard to be ready for rounds one and two while trying to work on the speed elements necessary for round three at Trèfle Lozérien AMV. After that we can dedicate more time specifically to each event because we have a decent window of testing between each round.”

Mass participation events are an important aspect of WESS, what will it be like to race with up to 3,000 riders at some rounds?

“Enduro is founded on amateur rider participation. It’s unique for our sport that we all race at the same time on the same track, you don’t see that in many other motorsports. It removes the elitist element from sport — on the start line everyone is equal. In the paddock we all mix together too, so the amateur riders can see how some of the factory teams operate. I’m looking forward to sitting on the start line at Gotland Grand National or Red Bull Knock Out surrounded by thousands of riders. That’s special.”

Round five of WESS is the Red Bull 111 Megawatt, your signature race. How does it fit within the series?

“Our race has grown so much in the last couple of years and it’s great to see it as part of WESS for 2018 — it’s a perfect fit for the series too. Red Bull 111 Megawatt is labelled as Hard Enduro but it steers towards Cross-Country and even Beach Racing due to the sandy, multi-lap format of Sunday’s main event. Saturday’s qualifications are essentially special tests so it even ticks the Classic Enduro box a little too. The Red Bull 111 Megawatt is WESS all in the one race.”

Do you think it will be a closely fought championship?

“With points scored down to 250th position for each round it means that even if you have a bad race you can still make points. Of course you need to be close to the front all the time to fight for the overall title, but it also means certain discipline specialists can stay in the championship hunt even if some races don’t exactly suit them.”

Finally, what would it mean for you to become the 2018 World Enduro Super Series champion?

“Winning WESS would be massive, like I said it’s a dream championship for me and the reason why I’m back racing. I race to win championships, so if I’m doing something I’m in it to do it right, at maximum effort. I’d love to become the ULTIMATE ENDURO CHAMPION at the end of this year.”

The World Enduro Super Series kicks off with Extreme XL Lagares, Portugal on May 11-13.

BLAST FROM THE PAST: GARY SEMICS FACTORY HONDA