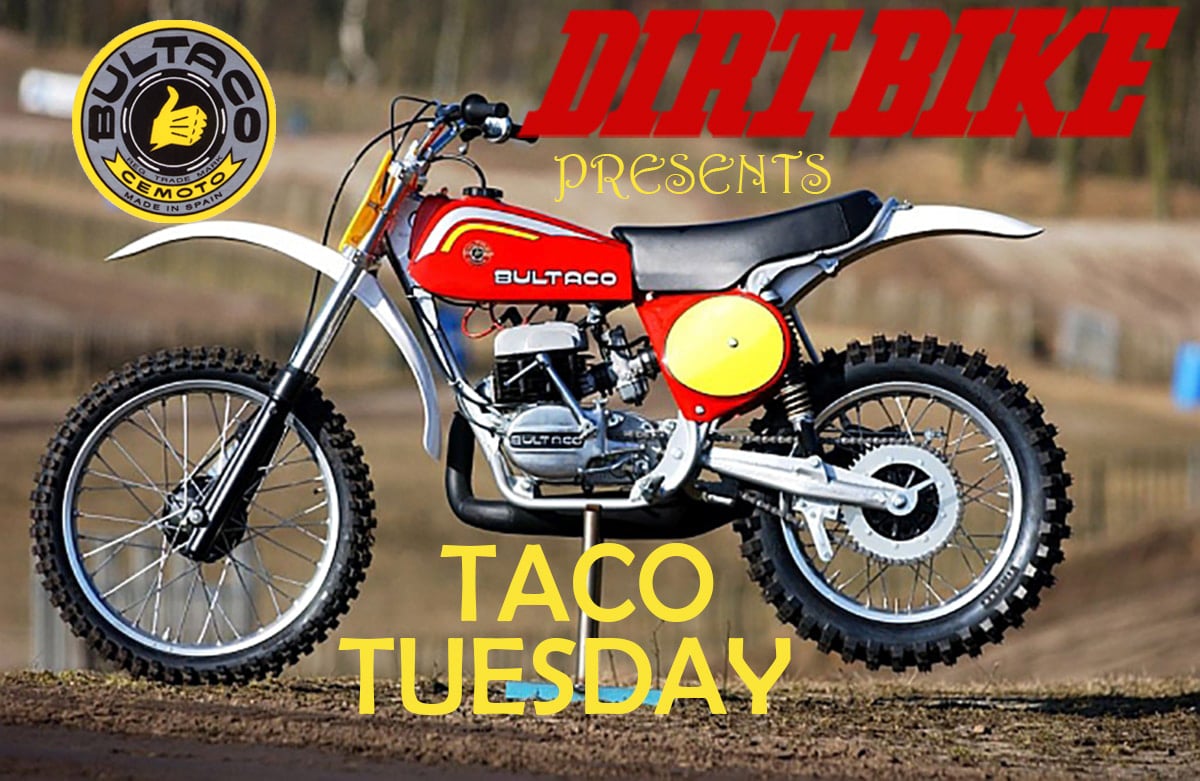 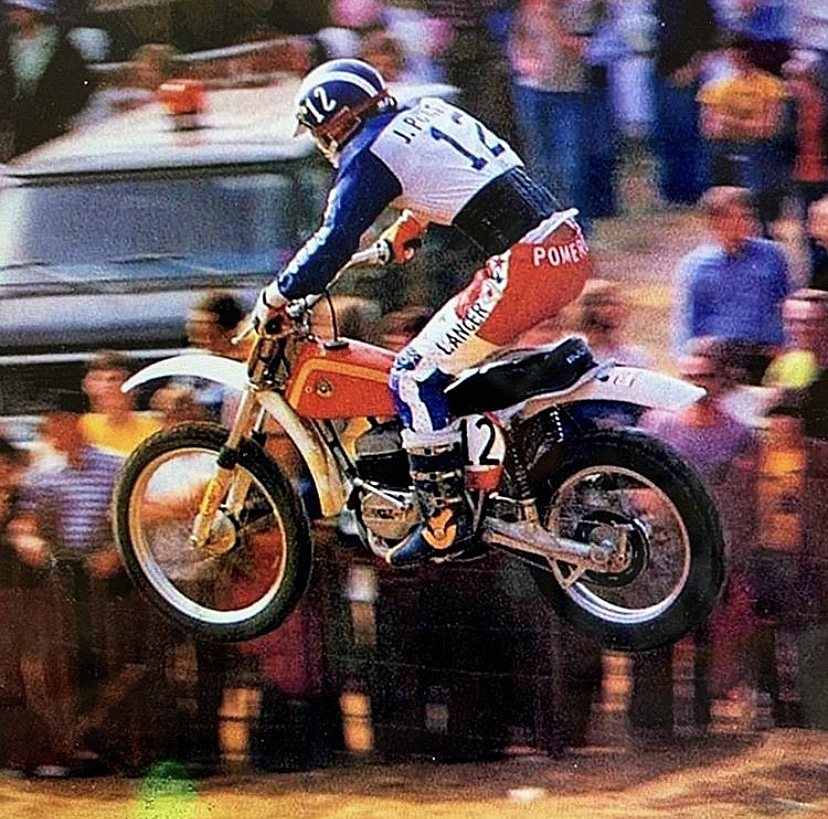 In 1973 European riders still dominated motocross and Americans were mere irritations lacking the experience necessary to win at the highest level. Yakima Washington’s Jim Pomeroy was a player on the U.S. motocross scene but decided to race in Europe in 1973 after receiving limited help from the Bultaco factory based on his success in the states.  One of the selected events was the Spanish GP and Pomeroy went into the event a relative unknown. In a stunning display, he moved to the front after a strong start and became the first U.S. rider to ever win a GP moto. The Bultaco loyal Spanish crowd went nuts, and Pomeroy went on to finish fourth in moto two, for what he thought was second overall behind Hans Maisch.