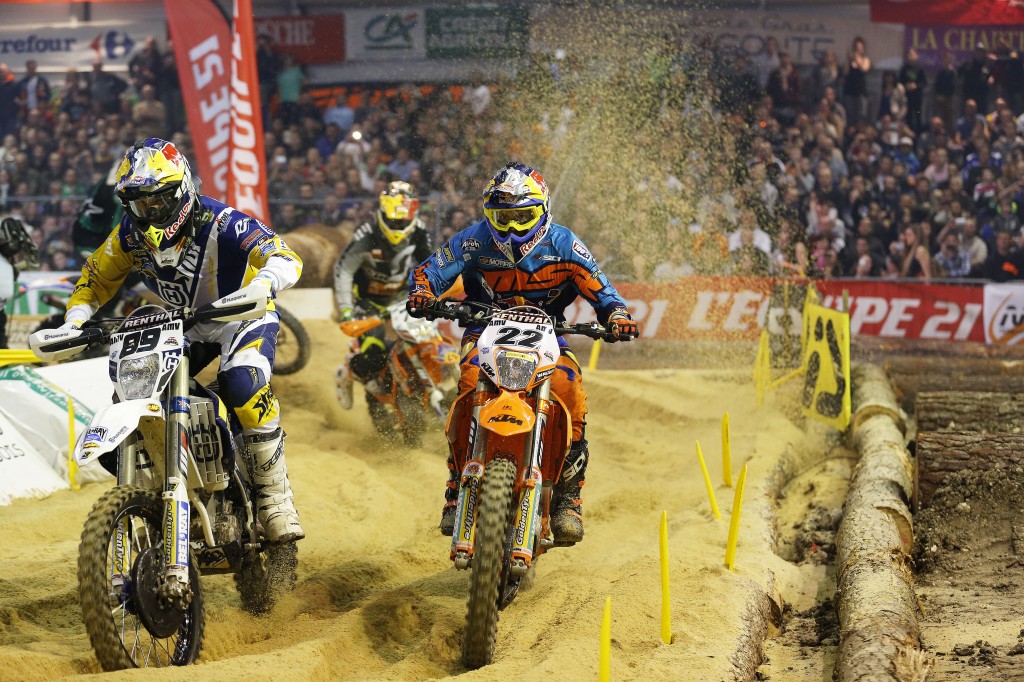 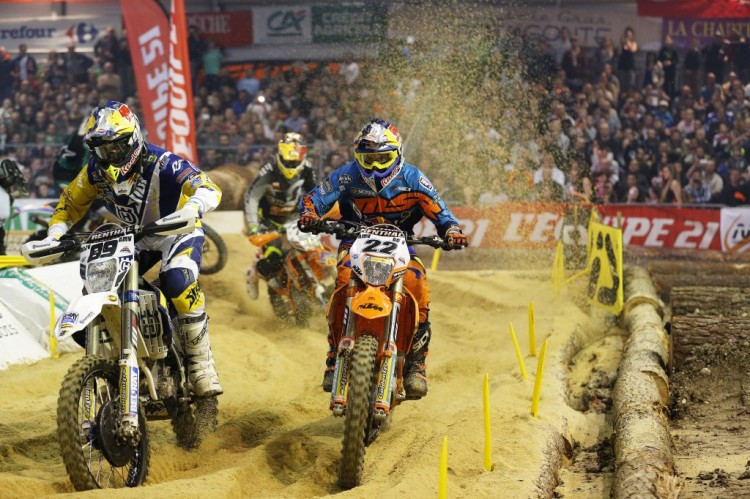 The final round of the 2015 FIM SuperEnduro Championship took place this weekend in Cahors, France, and Motorcycle Superstore/Bell Helmets/RPM Racing’s Ty Tremaine and  Cody Webb put in another pair of stellar performances.

Tremaine, who was on the podium at each round of the six race series, put in a great ride taking the overall Junior Class win and the 2015 Junior Class Championship. Tremaine had an 11 point series lead coming into the final round and despite an early crash in the first heat, he rode smart posting 2-1-1 moto finish results, easily winning the title. “Winning the Championship feels amazing,” claimed Tremaine. “All of the hard work has paid off and I couldn’t be happier to bring home the title for team and for the US.”

Webb, fresh off his overall win at the opening round of the GEICO EnduroCross, had a solid night of racing finishing second behind Jonny Walker and securing second overall in the World Championship. “It was a great way to cap off the SuperEnduro season by finishing second overall,” explained Webb. “It’s been a learning process with the new program and the new bike but we figured it out by mid-season. I was happy to steadily crawl back into the points after being in fifth at one stage. For my first full season I was pumped to finish second and glad to use this series as a precursor for the AMA GEICO EnduroCross series.”

You can catch both Webb and Tremaine this weekend in Salt Lake City, Utah, at Round 2 of the GEICO EnduroCross series that takes place inside the Energy Solutions Arena. For further information about the event, go to www.endurocross.com