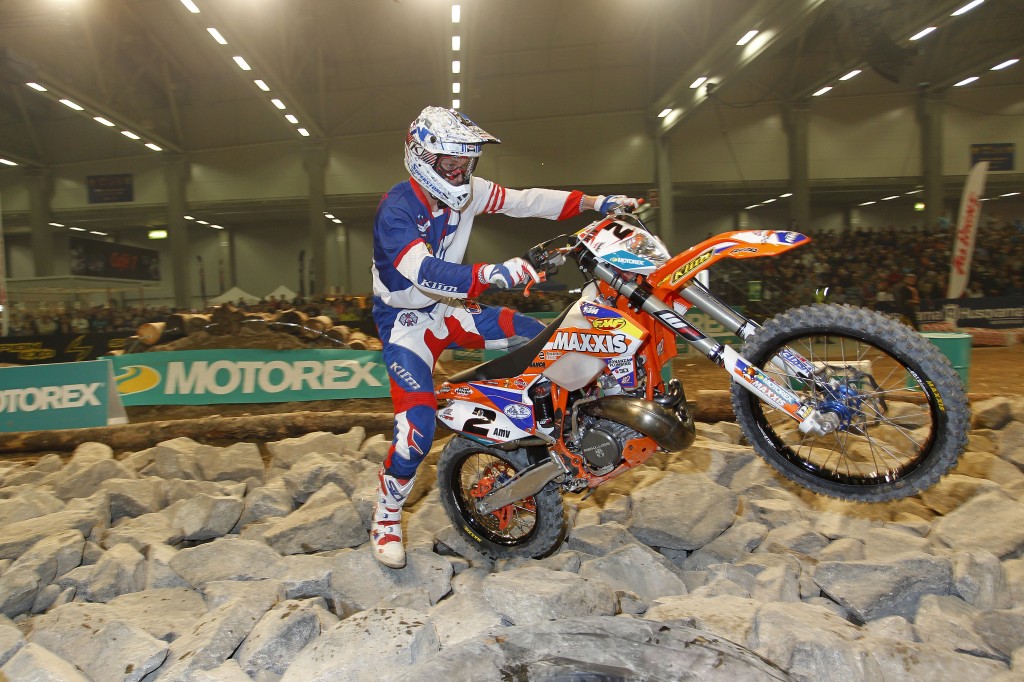 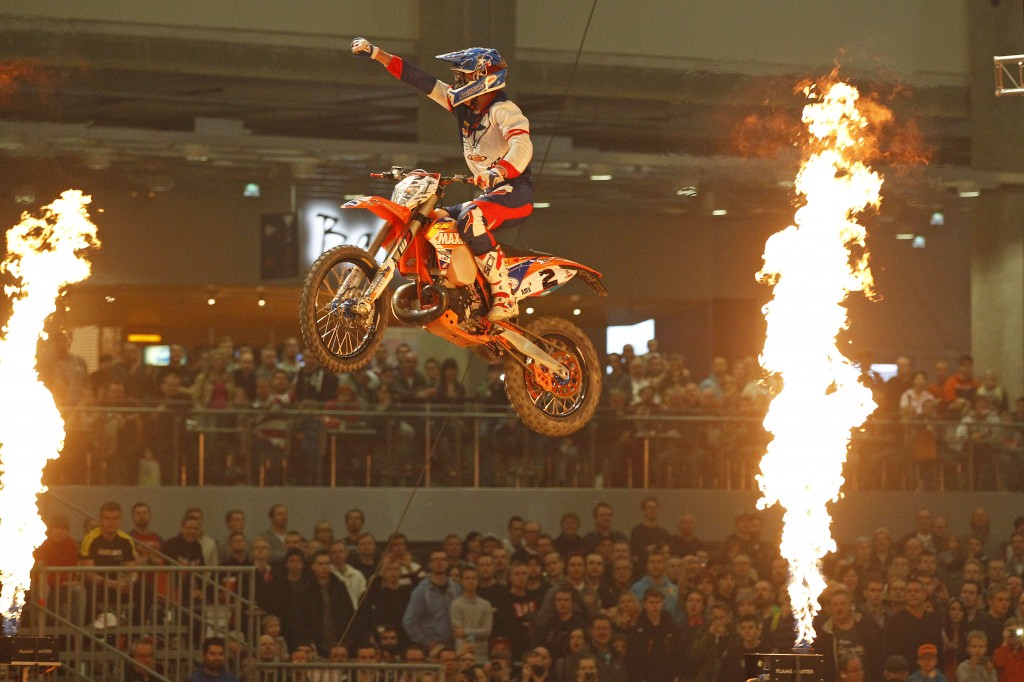 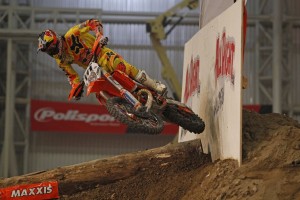 The European version of EnduroCross is called SuperEnduro, but aside from the name, it’s much the same on both sides of the Atlantic. Taddy Blazusiak won the first two rounds of 2015 decisively, but found it much more difficult to contain Cody Webb in this weekend’s action in Helsinki, Finland. The format calls for three heats to determine the overall winner. In heat one, David Knight and Alfredo Gomez both took turns leading, but crashed, leaving Webb and Blazusiak to battle. Webb made a clean pass on the final lap to earn his first victory of the series. In the second heat, the riders start in 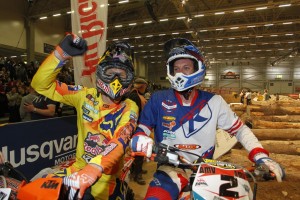 reverse order, and to make it worse, Webb fell in the first turn. In the meantime, Jonny Walker had a clean run in front to take the win over Knight and Blazusiak, with Webb eventually catching up to fourth. It all came down to the final heat, which erupted into a blood duel between Webb and Blazusiak. The two of them hit each other several times a lap, but somehow stayed upright. In the end, it was Taddy in front pulling the overall out of the bag yet again.

Championship points after Round Three

KING OF THE MOTOS RESULTS