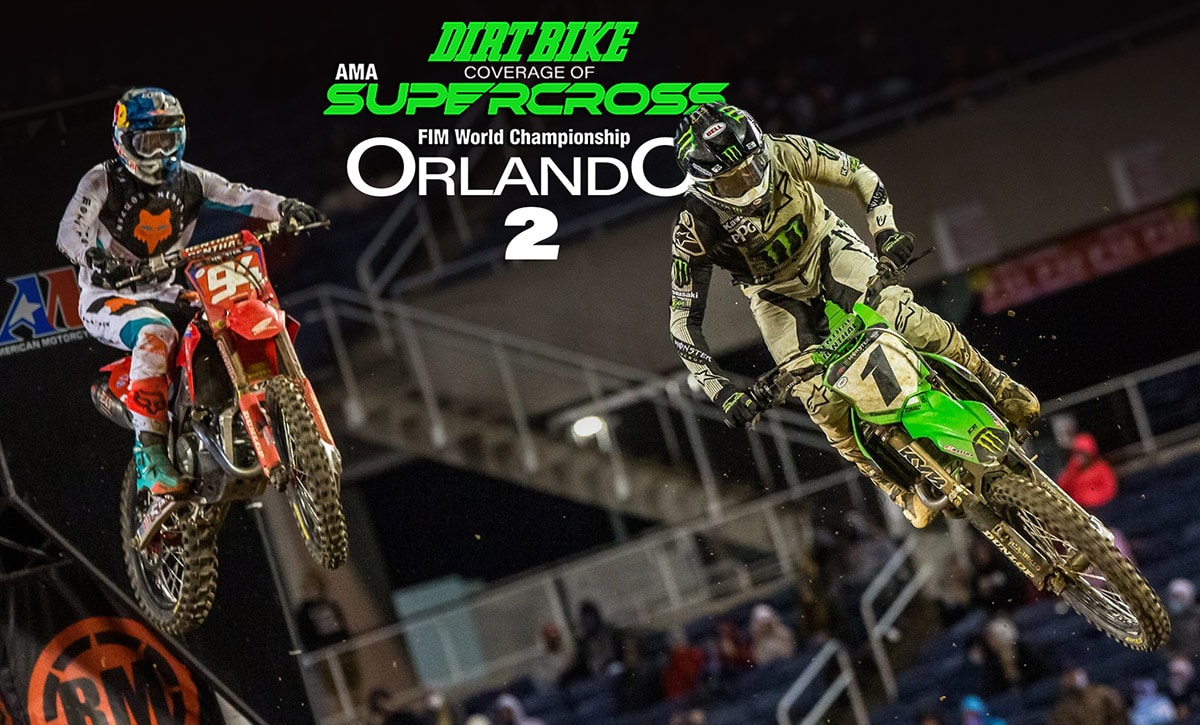 Monster Energy Supercross riders now get to take their first break of the condensed 2021 season after the second round at Camping World Stadium in Orlando.  Ken Roczen is probably hoping it will cool off Cooper Webb’s hot streak. KR came to Orlando with a 16-point lead, and now Webb has shaved it down to 6. There are four riders who have won so far this season. Webb and Roczen have three each, Justin Barcia and Eli Tomac have one apiece.  Yet to win are Zach Osborne, Adam Cianciarulo and Chase Sexton. Cianciarulo’s condition after his main-event crash on Saturday night hasn’t yet been disclosed.  Sexton is said to be 100 percent after his shoulder injury and will be returning to action in Daytona. After Orlando, you also have to include Marvin Musquin and Jason Anderson on the list of riders who look likely to win before the season is done.

The points for the young 250 West season are, of course, identical to the finishing order. Justin Cooper came into the night recovering from a broken foot and left as the apparent class favorite. Now there are a number of suspected injuries in the field.  Alex Martin was down on the track after the aborted start of the main event for an extended period. His brother Jeremy also went down on that first start and didn’t return. Jordon Smith crashed out and retired to the pits during the race.  He reported this on social media:

“Well tonight wasn’t what I was looking for obviously. I have had a lingering thumb injury entering the season and I just wanted to come in to the first round and be smart and build through the season. The whole day was going great until the strength in my thumb made my hand slip off going through the whoops. I’m bruised up but I’m going to go back and heal up and be ready for Daytona! Lots of positives still from the day and thanks to the entire @pcraceteam for all the hard work getting me to where I was! Get knocked down 99 times get back up 100!”

250 WEST POINT STANDINGS AFTER FIRST ROUND