Even in 1994, Supercross politics were volatile. In the November, 1994 issue of Dirt Bike, Roger DeCoster wrote about a short-lived split between the AMA and the promoters. The issues of the day were much the same as they are now.

Here we go again. On August 11, 1994 the American supercross promoters (Mickey Thompson, PACE and Bill West) got together and held a press conference. They announced they were no longer associated with the American Motorcyclist Association and had formed their own sanctioning body, which would be known as AIR (American/lnternational Racing). They also announced that they had secured the services of none other than Roy Janson as the manager. Janson had been the director of professional racing at the AMA for years.
Does this sound familiar? Back in ’83, the same type of thing happened, only the new organization was called Insport. That organization had a short lifespan–Insport was dissolved by ’84. The supercross promoters discovered that race organization was more expensive than they anticipated, and the AMA made some concessions to get the matter settled. That union lasted until now. 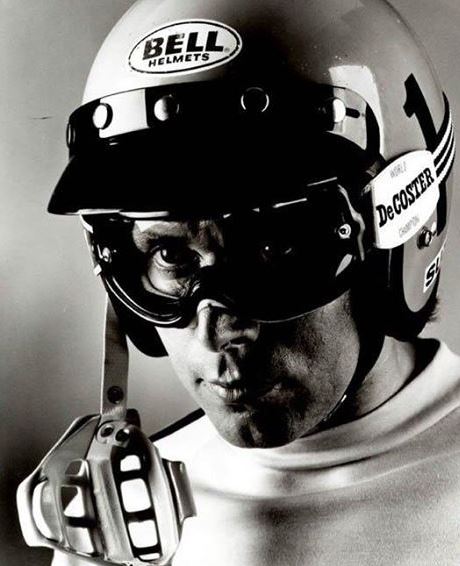 Why did they split this time? Basically it was a struggle for power and money. The AMA felt like the promoters wanted too much control over the sport and its sponsors. The association had created a new division called PARADAMA, whose function was to oversee racing and explore avenues for better revenue, including the possibility of in-house race promotion. In the past, the AMA had given TV rights to the promoters on a year-to-year basis. When negotiations started for the ’95 season, the promoters asked for a longer-term commitment, not only for TV rights, but for the sites and the ownership of the series itself. They came close to an agreement for a three- to five-year deal on these points, but the promoters also wanted to be more involved with the format, the rules and the schedule. The AMA said no, feeling that the racing itself was its own turf, and that it was the association’s function to look after the best interests of privateers and manufacturers.
So the promoters felt their livelihood was being threatened by PARADAMA, and they felt like it was difficult to deal with the AMA on a week-to-week basis anyway. The AMA board only meets once a month, which means it’s hard to get a quick decision on anything. In that respect the AMA is like the FIM, with a rather convoluted political system. There were other arguments as well, but they were secondary. A split was inevitable. The AMA will have its own supercross races with possible sites at the Meadowlands (New Jersey) and Three Rivers Stadium in Pennsylvania. The rest will be AIR races.

So what does all this mean to the rest of us? We might not be promoters and sanctioning bodies, but we are the ones who pay all the bills. Most of the obvious effects are negative. It will create confusion and will take status away from the supercross champions (there will be too many of them). Also, what should the factory teams do? Should they support both series? Should they choose one or the other? Last time this happened, the manufacturers found themselves the target of lawsuits when they supported Insport races. The way many rider contracts currently are written, they only acknowledge the AMA series. I’m sure the teams see this whole mess as a headache they don’t need.
However, there could be some benefits. In the long run, the promoters might be more successful in attracting outside sponsors. Without having to consult another organization, they can make faster decisions and market the series much more efficiently. We won’t know if this is a real benefit or not for at least a year, though. In the meantime, it will be worse, as sponsors will be approached by two different groups who are trying to sell similar goods. Sponsors will end up being discouraged and confused.
Will the riders be represented fairly? The promoters addressed this by forming AIR and hiring Janson to be the top man. He has as much expertise on the subject as anyone in the country, and now he will be able to make on-the-spot decisions, without waiting for a board to convene. There is, however, a potential conflict of interest. How can Janson be expected to defend the riders from the promoters when he is paid by the promoters? We will have to wait and see what happens on this one.
Possibly the biggest shortcoming in the new system is that it’s strictly a business.
The AMA, for all its shortcomings as a sanctioning body, is a non-profit organization primarily devoted to defending the rights of motorcyclists. By supporting the AMA, we are supporting our sport politically. There are those who say the AMA could be better at this task, but right now, they are the best we have.
It seems to me that it would be in the best interest of the sport if the AMA and the promoters could reconcile. It needs to be understood by all the parties concerned, from the riders to the manufacturers to the fans, that “profit” isn’t a bad word. The promoters have to make a profit first and foremost; otherwise the sport is doomed. If no one will risk the thousands of dollars it takes to put on a race, there will be no races.
If the AMA and the promoters absolutely cannot come to terms, then several things need to happen. First of all we need an organization representing the manufacturers, the teams and the privateers. There needs to be some kind of rider’s union with the power to influence necessary changes as well as to veto bad decisions that could affect rider safety. Someone needs to ensure that the race won’t degenerate to a circus. I know that “union” might be a worse word than “profit,” especially if you are a fan of that silly sport they call baseball, but they have a practical use. In fact, we could have even used one when the AMA was in charge.
Also, there needs to be a system devised to fairly distribute TV time for different sponsors. This, too, was a problem under the AMA system. For example, when Jeremy McGrath won, he was not allowed to wear a I-800-COLLECT hat on the victory podium where all the cameras were stationed. This was because this was McGrath’s sponsor, and wasn’t paying anything to the promoters. It was a case of simple, short-sighted greed. We need a system that encourages sponsorship at any level, because it inevitably helps the sport.
Finally, the fans need to give the new system its final approval. They will be the ultimate judges who decide which organization controls the future of our sport.