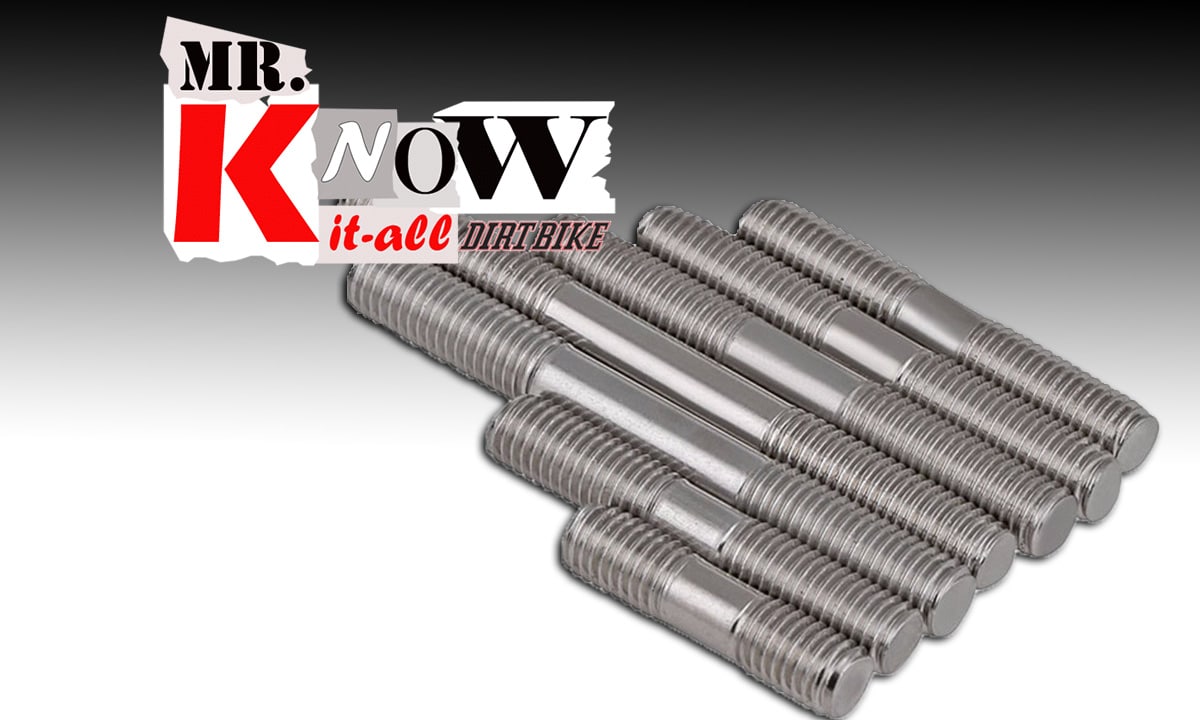 Dear Mr. Know-It-All,
I recently replaced the cylinder on my 2002 KX125 with a new one from Kawasaki when I deducted that mine was worn out. I removed the (head) studs with a stud puller and am ready to install them into the new cylinder. I’m curious about the procedure for installing them into the new cylinder. How do I know when they are all even in terms of depth and one won’t be installed deeper than the other? 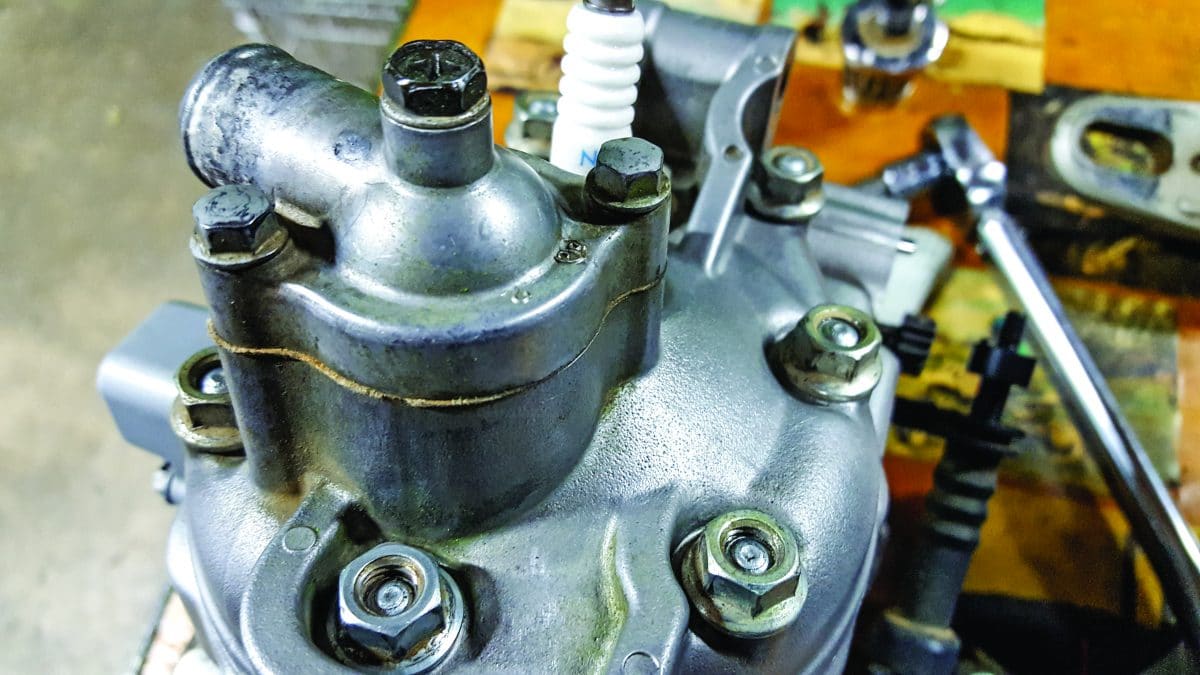 You seem like a bright and mechanically adept pupil, young Bill. Installation of the studs will be a similar process to their removal. First, make sure the threads are clean on your new cylinder and your old studs are free of any corrosion, so you don’t damage the threads on your new cylinder. I would suggest replacing them if you’re questioning their status. The guys at Specbolt usually have applications going way back. All of the holes have a matching depth on the cylinder, so it is foolproof to a certain extent, as each stud will only go in so far. You never want to use too much force to drive the stud low, as you can easily damage the threads in the cylinder. The studs will all bottom out at the same point and be at maximum torque once they reach the bottom of the stud’s hole.

LAST DOG STANDING TO BE ON MAV TV