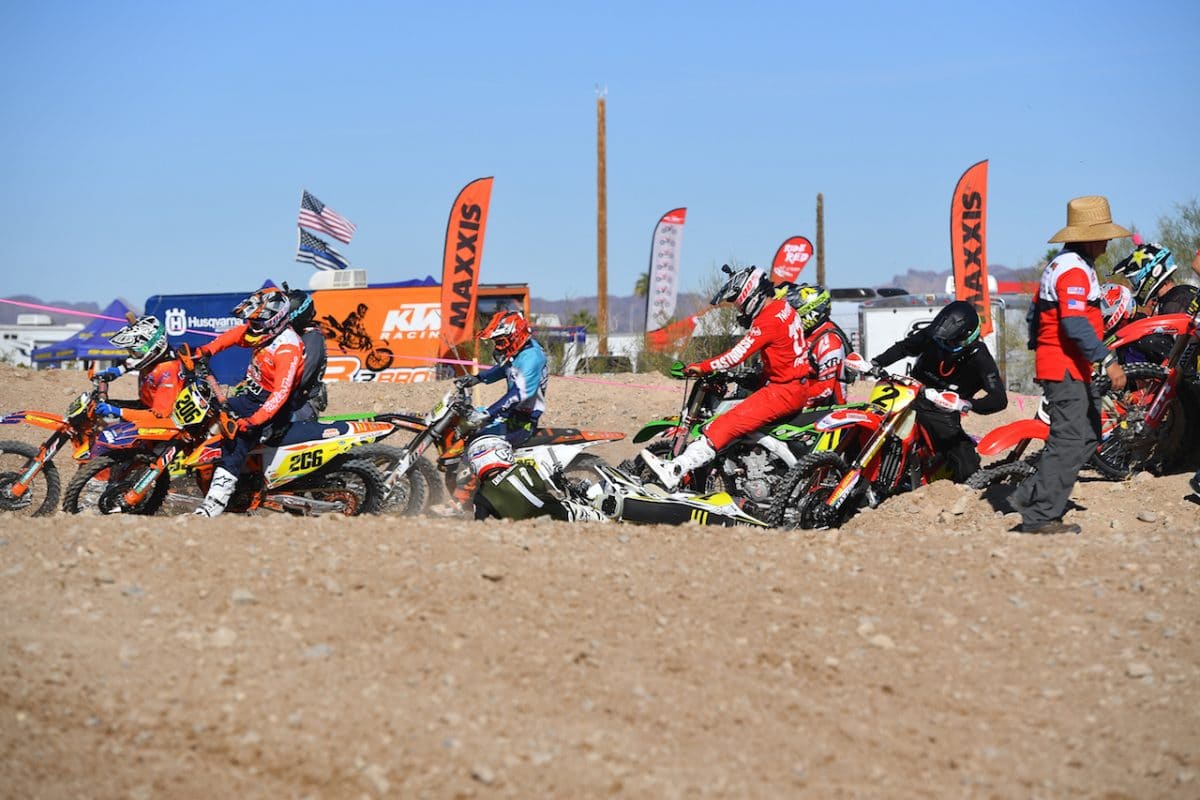 Headed into the final round of the 2018 Big 6 GP series in Havasu City Arizona three riders had a mathematical shot at winning the premier pro class championship. JCR’s Trevor Stewart had the points lead followed by Zach Bell on his 3Bros Husqvarna and Kawasaki/Precision Concept’s Blayne Thompson. Both Bell and Thompson had to win  if they wanted any shot at the title. When the dust settled Zach Bell was on the top step of the podium followed by Dante Olivera and Blayne Thompson with Trever Stewart winning the 2018 WCGP series championship.

Zach Bell would recover from a first turn crash to win the race but would come up short in the championship fight. Rumor has it that Bell will be riding a Factory Kawasaki in 2019. Stay tuned for more on that.

RPM KTM rider Dante Olivera  would lead most the race but would have to settle for second at the checkered flag.

Blayne Thompson put his Precision Concepts Kawasaki on the podium with a solid ride.

Trevor Stewart finished fifth at the final round in Arizona and that was enough to clinch the 2018 WCGP Pro class title.

The Pro 2 class was won by Austin Serpa followed by Clay Hengeveld and Mitch Anderson.