STEWART BREAKS THROUGH AT WORCS ROUND 4 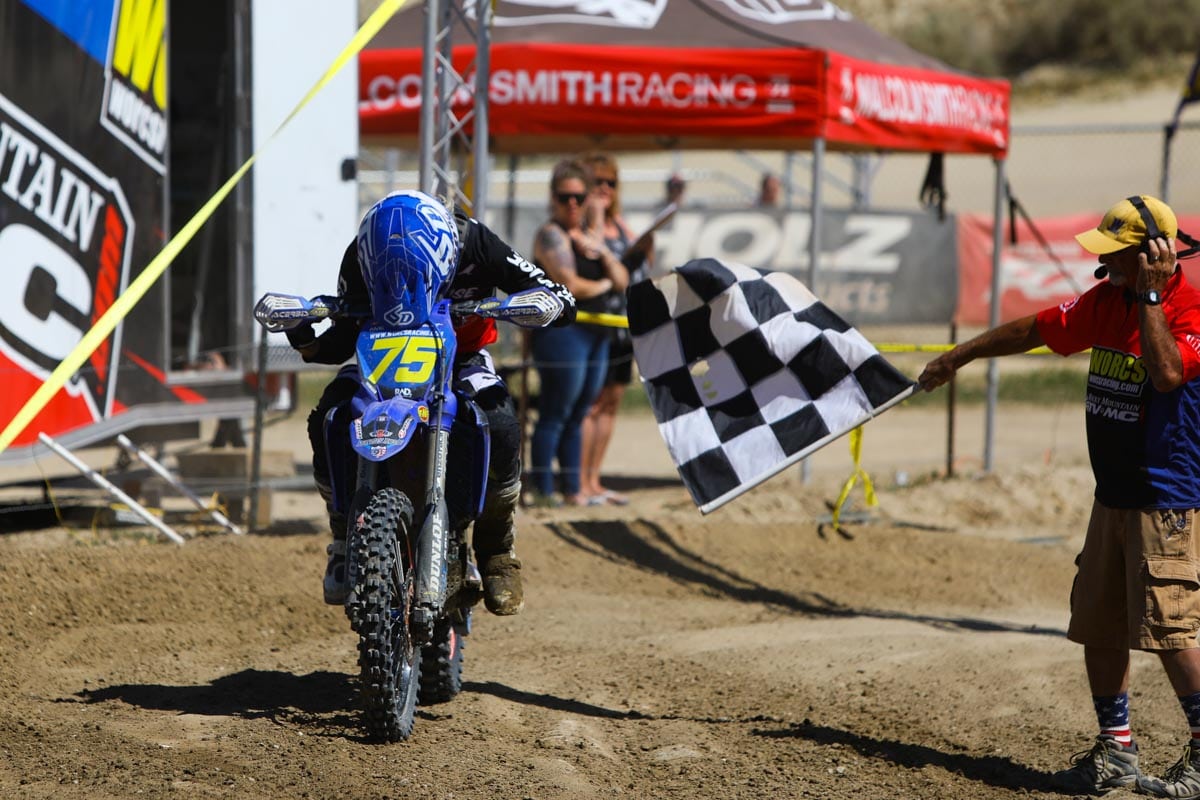 The Rocky Mountain ATV/MC WORCS Series headed to the hills of Taft, California, as the competitors prepared to battle it out by the oil rigs at Honolulu Hills Raceway. Racers were challenged with a long course, with leaders averaging lap times in the mid-9-minute range while battling high-speed straightaways and everyone’s favorite, the big step-up in the center of the infield. Sunday’s Pro race led the way to a shift at the podium as the top three in points all had issues and missed the box at this round. Mateo Oliveira continued his perfect season winning in Pro 250 aboard his FMF RPM KTM; he’s eight for eight as he has won each round in the NGPC series as well as WORCS. Lastly, Collier Martinez took the win in Pro-Am, and Brandy Richards was on the top step of the podium in Women’s Pro.

The culmination of the weekend racing for WORCS was the 120-minute Pro class race on Sunday, with Oliveira, Walton, and Martinez as your top three in points. Trevor Stewart, aboard his Purines Racing Yamaha, put together quite a ride pulling the holeshot in front of Justin Hoeft, who remained second for a long time. “Justin and I were able to pace ourselves for what felt like an hour or an hour-thirty at least, but then he ended up going down, which left me with quite the gap,” said Stewart. In second place, Justin Hoeft, riding on the Kilmartin 3Bros Racing Husqvarna put together his best finish of the season, putting himself on the podium for the first time this season. He kept Stewart in check for most of this race but would go down twice, allowing him to pull away quite a bit, coming in just over a minute behind Stewart. On the third step of the podium,  first-timer Tyler Lynn made it to the box on his Precision Concept Kawasaki ride. He has had two 4th place finishes this year and was able to fight his way up onto the podium. “Taft is dry this time of year, and track conditions were different from any other time I’ve raced here, and it was hard-packed.” said Lynn.

KTM’s Dante Oliveira went down hard. Even though he was uninjured, his bars were bent, forcing him to pull into the pits for repair. He was still able to push his way back to finish 4th. Walton had issues with his rear wheel, which caused him to spend an extended time in the pits and finish 5th. Also, Cole Martinez would find himself out of gas at one point in the race, but he was able to recover and finish in 7th and still grab some points.
Second off the line in Sunday’s race was the 250 Pro, who would be led by none other than dominant RPM FMF KTM riding Mateo Oliveira. He would start second after the first turn behind Kai Aiello, who would have a big get-off with another rider, they would both be okay physically, but their bikes would both have issues from that crash. “The track was freshly watered to keep down the dust, but that made it pretty slick, I overrode in the beginning, which made for some mistakes, but we got it done” Said Oliveira. Jack Simpson on his SLR Honda Would be Oliveira’s main competition as they would set quite the pace pulling just under a minute gap from the third-place finisher. Another rider from the Purvines Racing Yamaha team Thomas Dunn,  rounded out the 250 Pro Podium to beat out teammate Justin Seeds.

Collier Martinez made it 4-4 at WORCS in Pro-AM as he races his SLR Honda to the top spot in Taft. Women’s Pro Champion Brandy Richards, aboard her Elite Racing KTM,  lined up for this race after winning her race on Saturday, finishing just over ten seconds behind Martinez. This  also broke her tie with Mason Decunzo for second place in points as he finished 7th in Honolulu Hills. Third place on the podium would be with Matt Canepa, battling with Destry Stewart for most of the weekend as they would go back and forth for the final podium spot.
On Saturday, Women’s Pro would race during the day’s final race, with Brandy Richards winning against her competition. Mica Diaz would finish behind Richards as she would battle with Kaitlyn Jacobs on her FMF RPM KTM throughout the race.

SRA AT CAHUILLA CREEK: ROUND 4