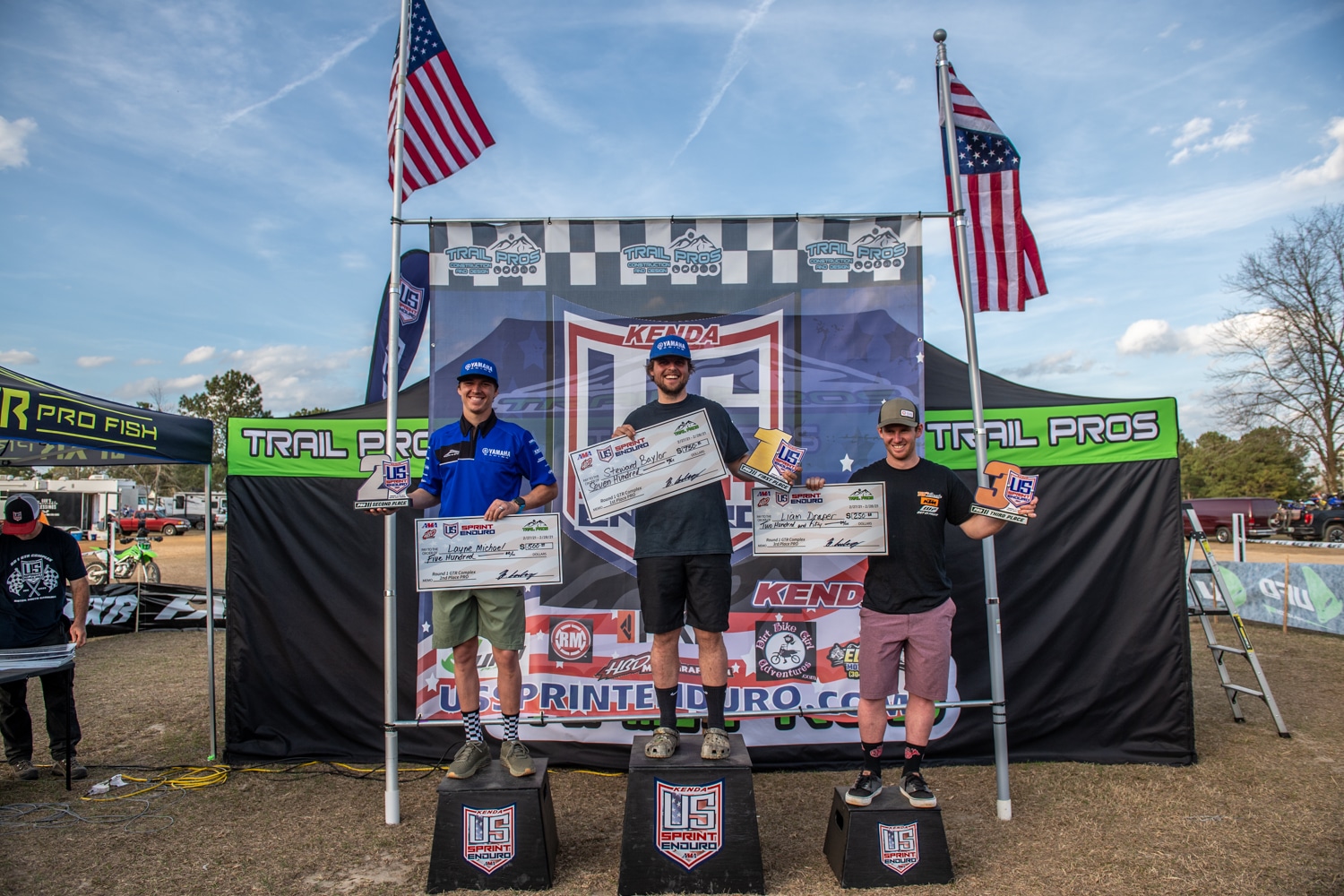 AmPro Yamaha’s Steward Baylor got the ball rolling with a stellar double victory at the opening round of the 2021 Kenda US Sprint Enduro Series held at the GTR Complex in Gaston, South Carolina, marking the launch of the new series. Attendance was impressive and the pro class was stacked as the top off-roaders in the east took to the choppy South Carolina sand.

Baylor came into the event nursing a nasty injury that had kept him out of the GNCC opener just one week before, however, the four-time national enduro champ seemed unimpaired as he won three of the six tests on Saturday (all three Enduro tests) and three tests on Sunday to claim the overall wins on each day.

Baylor battled early on Saturday with Coastal Racing GasGas’ Johnny Girroir, who struck first with a win in the opening Cross test, however, after sweeping all three Enduro tests, Baylor finished off Saturday’s event with an 11-second win over Girroir in the overall results. With an 11-second advantage in his back pocket, Baylor rode smooth on Sunday to claim his second victory of the weekend by 15 seconds.

Layne Michael turned in an impressive weekend, winning three tests on Sunday, however, a crash in the final test on Saturday (which bent his rear brake pedal) put him at a disadvantage. After two days of racing, Michael was second each day in the Pro class.

Despite getting off to a slow start, Trail Jesters Racing KTM’s Jesse Ansley held off Husqvarna’s Ben Nelko and XC Gear/Enduro Engineering/Husqvarna’s Ryder Lafferty to claim a pair of seconds in the Pro 2 class.