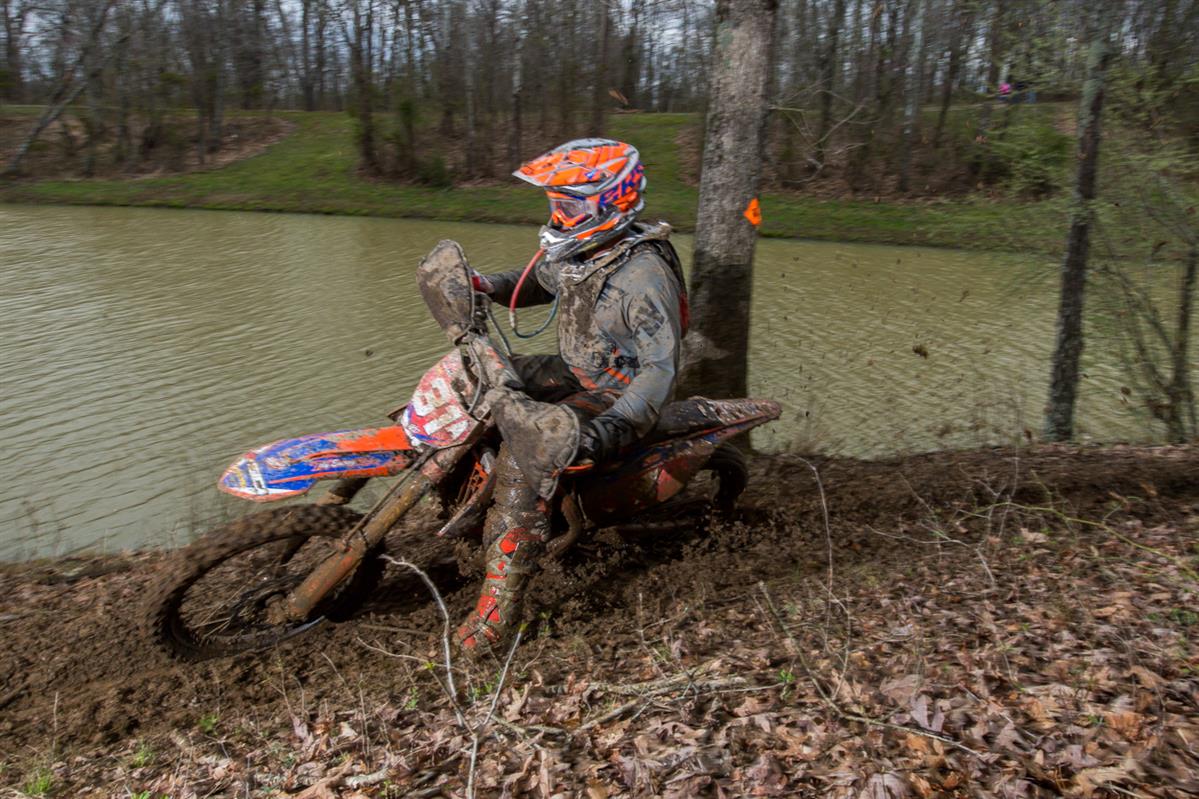 Josh Toth and Thad DuVall round out podium

Steward Baylor extended his lead in the Kenda AMA National Enduro Series championship standings by taking a solid win in extremely challenging conditions at this weekend’s FMF Red Fox National Enduro near Lynnville, Indiana. Riding in some of the toughest conditions the series has seen in years, thanks to hard overnight rains, Baylor built a comfortable lead right out of the gate with wins in the first two tests. The Tely Racing KTM rider managed to stay out of trouble for the remainder of the day to claim the overall victory by a 28-second margin over FMF KTM Factory rider Josh Toth.

Though he wasn’t pleased with his performance, Baylor was more than happy with the result. With the win, the South Carolina native extended his lead in the series standings to 10 points ahead of Toth with seven races remaining on the schedule. According to Steward “This was definitely one of the most demanding National Enduros I’ve ridden. We put ourselves in really good position at the start, but I had three big crashes in test six, the last one coming within sight of the finish. I was worried it was going to be close, but I came into the test 47 seconds up on Josh and it ended up being more than enough of a cushion.”

KTM’s Josh Toth now has back-to-back runner-up finishes in the series and is definitely the surprise of 2018. The Connecticut rider revels in extreme conditions and consistency was his ally in Indiana, as he was in the top three in all six tests, including a win in test three. Due to his DNF at the previous round in South Carolina, Thad DuVall was forced to start from row 42 (11 rows behind Steward Baylor), which was a huge disadvantage in the mud. DuVall struggled in the opening test, putting himself in a hole with a sixth-place finish. However, the Rockstar Energy Husqvarna Factory rider picked up two tests wins to finish out the day, salvaging a third-place finish.

“It wasn’t ideal conditions for row 42,” said DuVall. “The first and the fifth tests killed me. They were really bad and really rutted and I was just happy to just get through them. The course deteriorated so fast that by the time it came to my row there were so many deep ruts and holes that it was really challenging. It was something like I have never ridden before and it was some of the deepest ruts I’ve ever seen. I hope I never have to race anything like that again.” 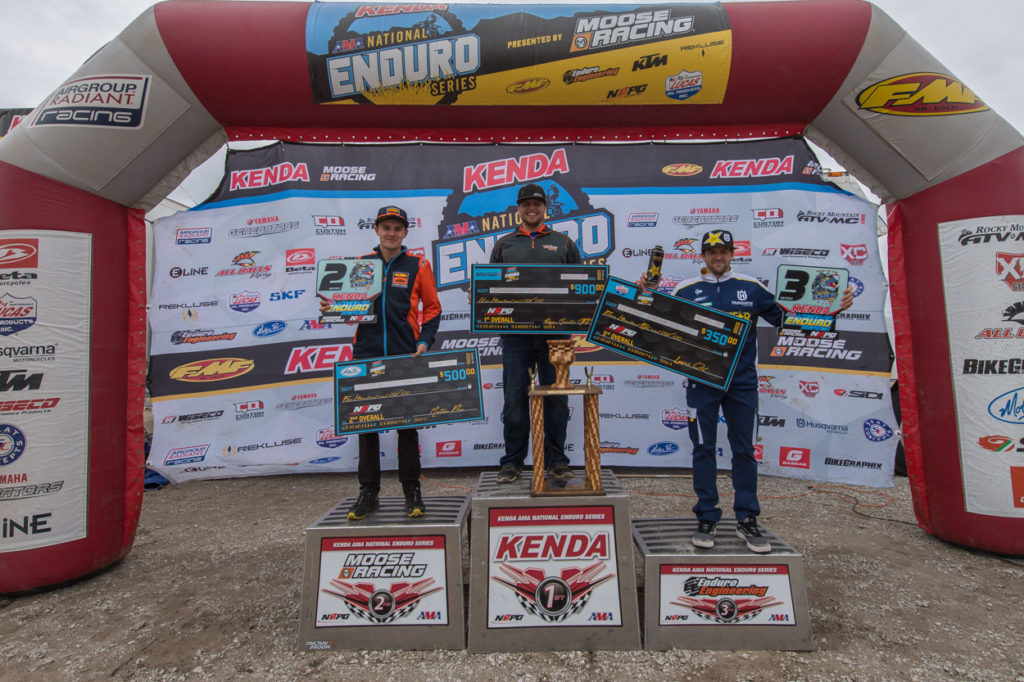 GASGAS ON THE PODIUM AT THE INDIANA NATIONAL ENDURO