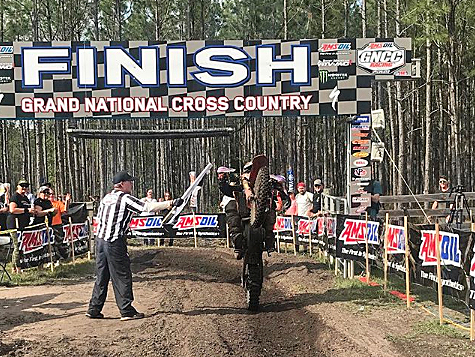 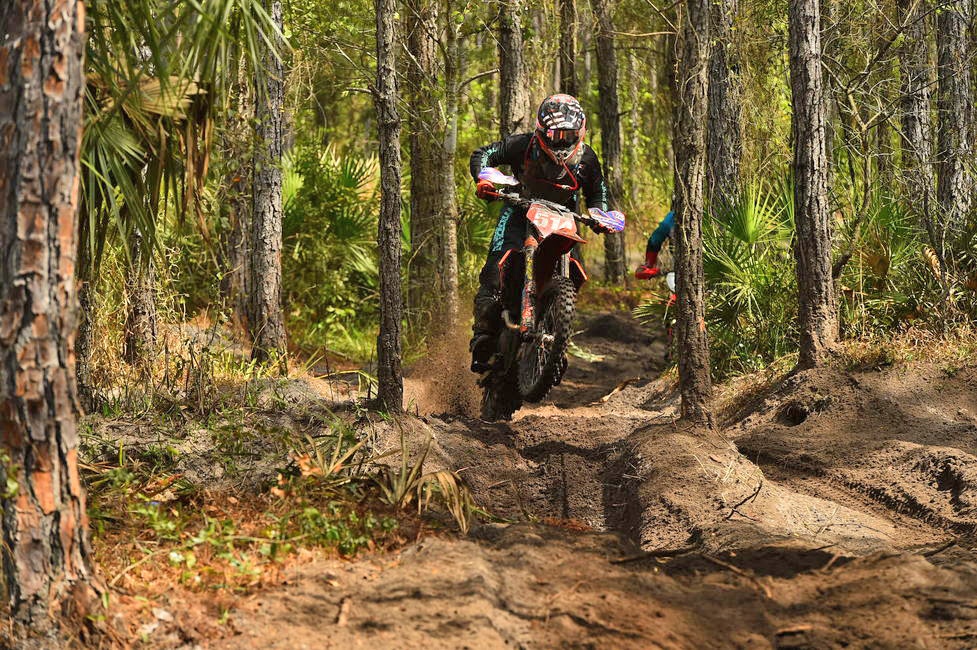 As the race got underway it was Imagine Moto/Makson Inc./Romar Marina’s Heath Harrison grabbing the $250 All Balls Racing XC1 Holeshot Award and heading into the woods first. When they emerged, it was FMF/KTM Factory Racing’s Kailub Russell in the lead position. Russell would maintain the lead for the first three laps before battling with S. Baylor. At the halfway mark Russell was in the number two position, Russell would remain focused for the last three laps and take the checkers and second place overall at the season opener.

Rockstar Energy/Factory Husqvarna Racing’s Thad Duvall did not get the start most hope for, but by the second lap Duvall was at the front of the pack fighting for second place. After swapping positions throughout the race, Duvall would hold onto the last  podium position as the two-lap card came out. Duvall would remain consistent during the last two laps, ultimately finishing in third overall. 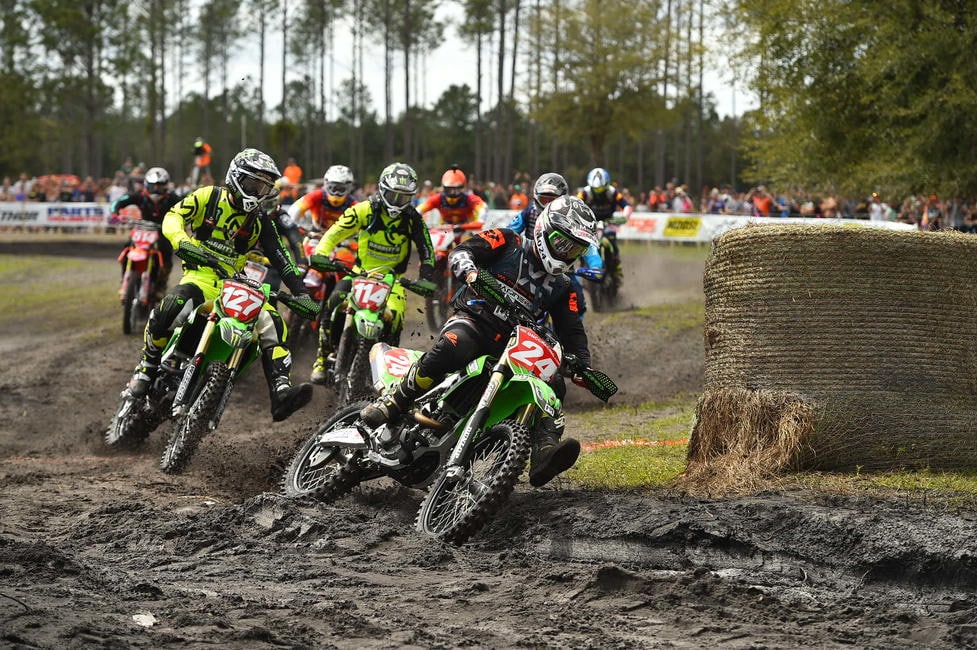 It was a sea of green at the holeshot line for the XC1 class, Heath Harrison grabbed the $250.

Duvall’s teammate, Trevor Bollinger came through in the fourth place position at the conclusion of a demanding three-hour race. Bollinger looked comfortable and ready to battle for a National Championship on his new Rockstar Energy/Factory Husqvarna. XC1 Open Pro rookie and FMF/KTM Factory Racing’s Josh Toth had a good season opener and XC1 debut as he finished in the fifth place position, after battling back from a seventh place start to the day.

The Babbitt’s Online/Monster Energy/Kawasaki duo of Josh Strang and Jordan Ashburn finished sixth and eighth in the XC1 class. Strang and Ashburn both had a great jump off the line, heading into the woods second and third. Phoenix Racing Honda’s Andrew Delong would hold onto a seventh place class finish in the Florida sand, while AmPro Yamaha’s Paul Whibley took home ninth place. Lunova Racing/Team Green Kawasaki/Stiller Motorsports’ Christopher Venditti also made his XC1 debut, rounding out the top 10 in class. 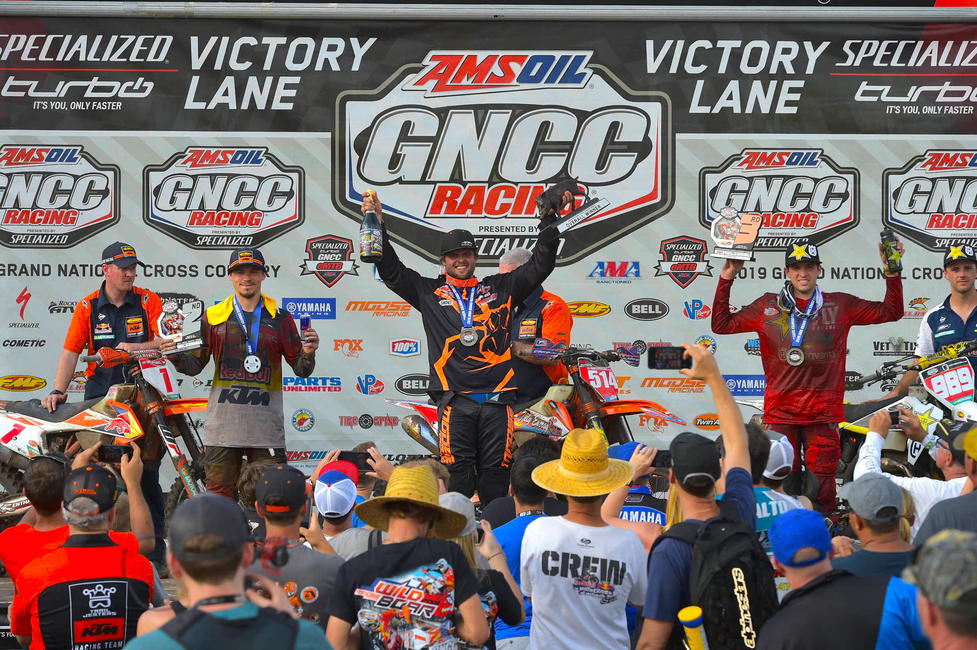 As the XC2 250 Pro class took off it was Beta USA Factory Team’s Mike Witkowski grabbing the holeshot. However, it wouldn’t take long for XC2 defending champion and Trail Jesters KTM/FMF’s Ben Kelley to take over the lead. After getting into the lead Kelley would push throughout the three-hour race, finishing fourth overall on the day and earning the first XC2 win of the season.

Trail Jesters KTM/MCS Racing/SSR Rider Development’s Jonathan Girroir came through timing and scoring in the second place position after lap one. Girroir was having a breakthrough season in 2018, finishing third twice, before injuring his knee after eleventh round. Girroir came back in 2019 on a new team and ready to go racing, which definitely was shown as he came through second in the XC2 250 Pro and eighth overall. 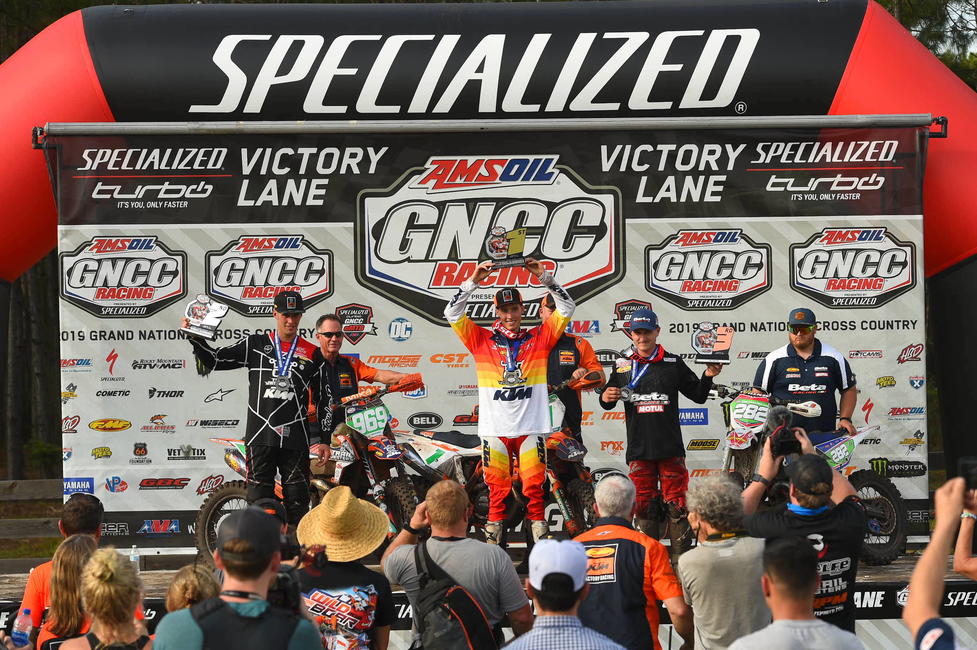 After grabbing the holeshot, Witkowski would not fall off the pace. He came through in the third place position at the conclusion of lap one, but would fall back to fifth about halfway through. However, Witkowski would put his head down and push as the two-lap card came out and work his way back to third by the time the race concluded.

In the FMF XC3 125 Pro-Am class it was Trail Jesters KTM and defending champion, Jesse Ansley grabbing the holeshot and the class win. Ansley and Beta USA Factory Team’s Cody Barnes would battle on the second lap, but Ansley would make the pass stick and hold on to the lead. Barnes would manage to remain consistent and finish second in the XC3 class, followed by Husqvarna’s Jake Froman in third.

In the 10 a.m. race it was Rockstar/Husqvarna/Moose Racing/Shaw Wines Tayla Jones capturing the overall win as well as the WXC class win at the season opener. Fly/Maxxis/Pro Circuit/KTM’s Becca Sheets earned second overall and in the WXC class, after coming through one minute behind Jones. KTM/MEPMX/Fly Racing’s Mackenzie Tricker earned third in the WXC class and eighth overall in the morning race. A special guest made an appearance in the Sportsman A class, Travis Pastrana signed up and dabbled in some off-road racing for fun. 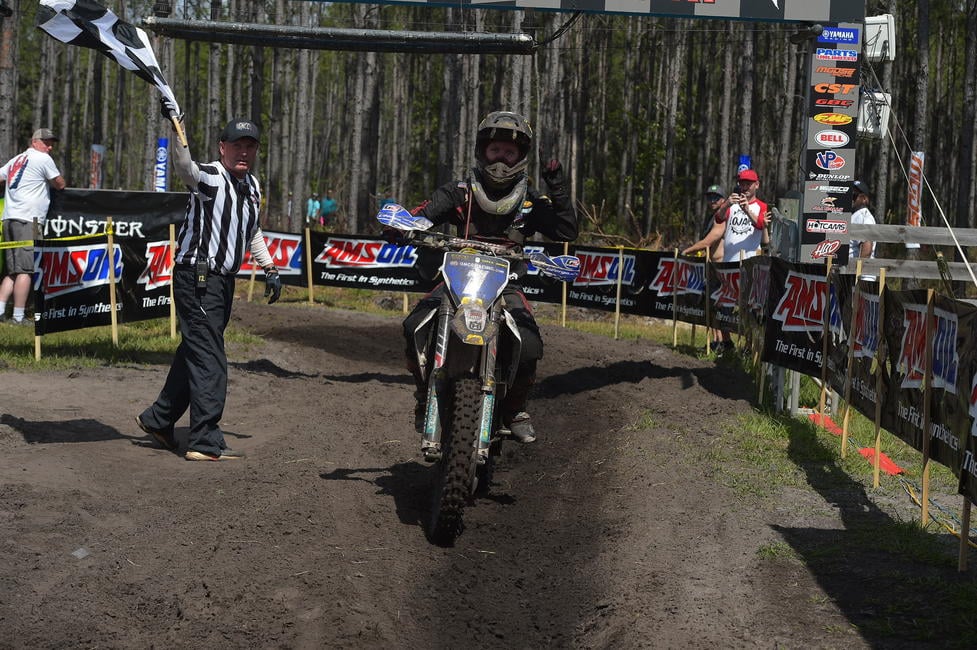