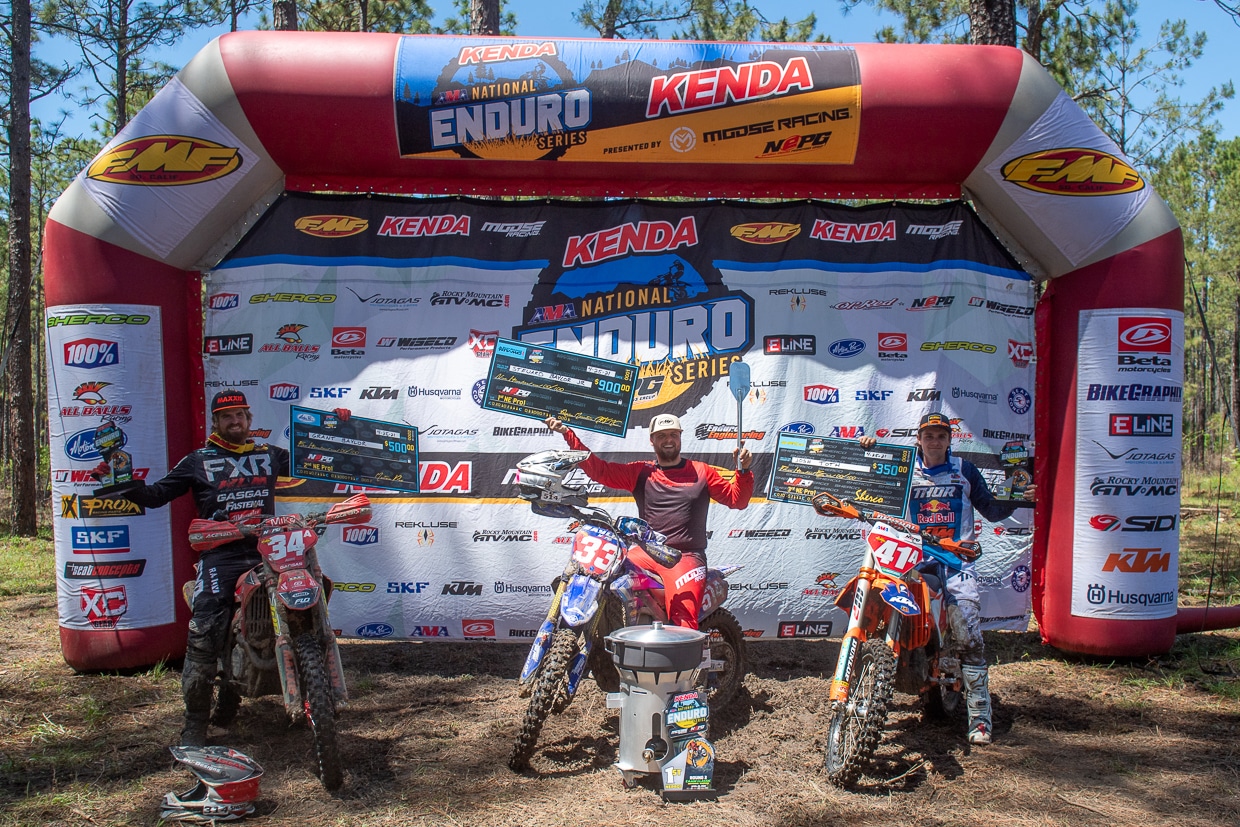 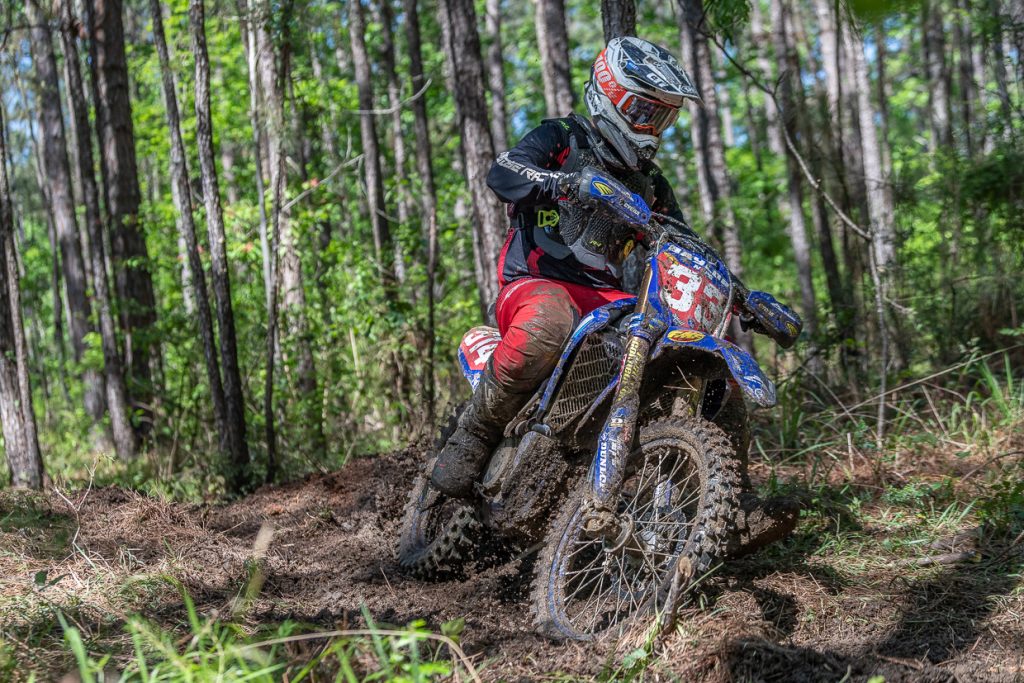 Heading into the fifth and final test of the day, Steward trailed Grant (KLM Motorsports/Milwaukee/GasGas) by 17 seconds. However, an ultra-fast test run by Steward, combined with a couple of tip-overs by Grant was enough to give Steward the win by less than three seconds.

Heavy rains on Friday night nearly forced the cancelation of the race after leaving deep water standing in critical places around the course. However, the Acadiana Dirt Riders along with the NEPG crew did a great job of salvaging the course.

Despite getting stuck in one of the many mud holes littered around the course, Steward took the win in the opening test of the day to set the tone of the race. However, Grant took a commanding lead at the halfway point of the race after turning in particularly strong rides in tests two and three. With two tests remaining, Grant held a 30-second advantage over Steward, however, that’s when the fortunes changed. Steward started chipping away at Grant’s lead as Grant fell victim to a string of mishaps.

“In the fourth test I just hit a root in a really fast straightaway and it sent me cartwheeling,” said Grant. “I bent the front end of my bike up really bad. I rode over half of that test with the front end of the bike just all mangled up. Then I ended up wrecking again because the front end was so twisted that I couldn’t go straight. I tried to bounce back in the fifth test, but just got edged out by Steward. I went down two times in that last test again and it cost me a win, about two seconds short.”

The Baylor brothers accounted for all five test wins, with Steward winning three tests, while Grant won the other two. Josh Toth turned in a spectacular ride with a third. The FMF/KTM rider finished outside of the top-10 at the series opener in South Carolina while riding with an injured hand, so third in Louisiana was a big step in the right direction. Toth was fifth-fastest in the first test after taking a small crash, but came back with the second-fastest time in test three followed by the third-fastest time in the remaining three tests.

FMF/KTM’s Ben Kelley finished 50 seconds behind Toth for fourth overall. Jesse Ansley was fifth overall, with was good enough to give him first place in the NE Pro2 class. The Trail Jesters Racing KTM rider had not planned on riding the national enduro series this year, but he rode the first round in South Carolina round as a warmup for the year and ended up winning the Pro2 class, so he made the trip to Louisiana to try his luck again and came away with another win.

In the Women’s Elite division, Beta USA’s Rachel Gutish won three of the four tests, but finished second to four-time AMA EnduroCross Champion Shelby Turner (KTM) due to getting stuck in the second test.