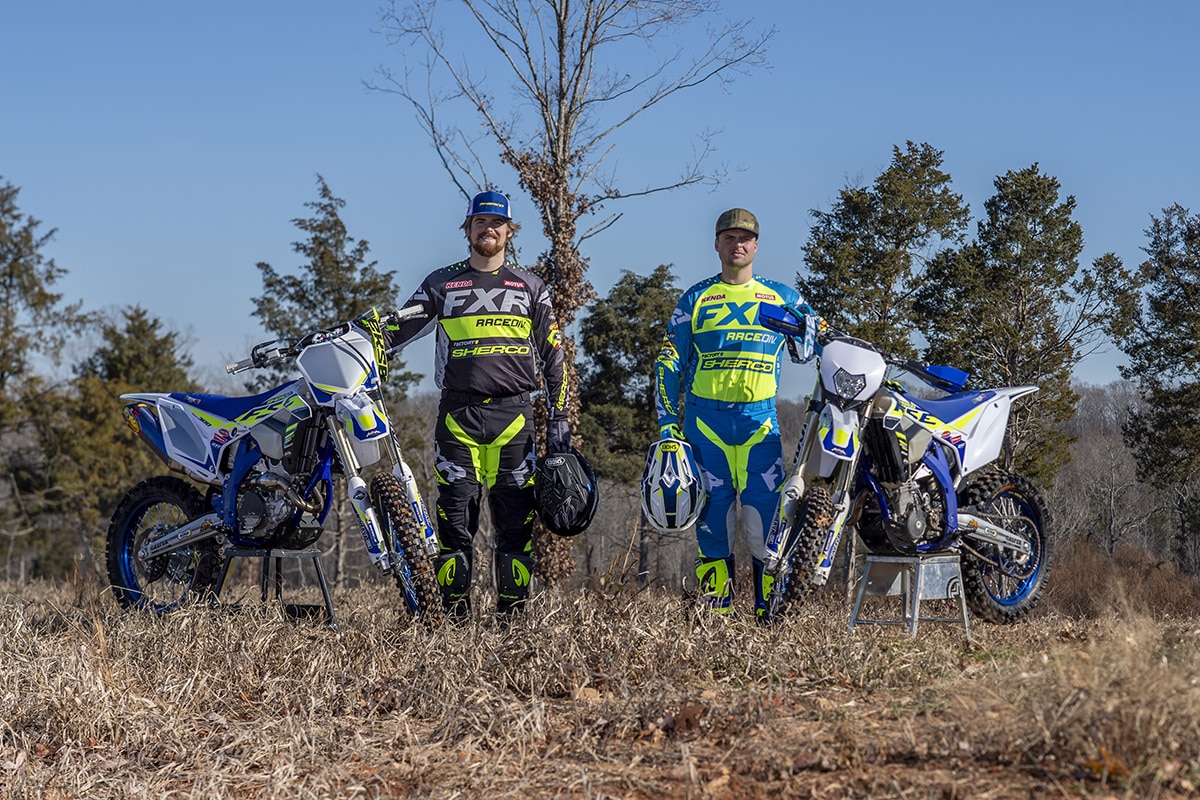 Both Steward and Grant Baylor will be riding Sherco in 2020. That was the announcement today, which allows the French company to carry a big number one in the National Enduro Championship next season, thanks to Steward’s 2019 championship run. The official press release follows:

FactoryONE Sherco is proud to announce that Steward Baylor Jr. and Grant Baylor have joined the FactoryONE Sherco Enduro team. The South Carolina natives recently signed a multi-year agreement to ride the SEF 450 Factory Sherco in both the GNCC and NEPG series starting in January 2020.

“Here in 2020 I’ve got some big changes as I am switching to FactoryONE Sherco. I am excited to get on this new bike and see what we can do with it and put it on the box.”

“With the new team, I feel like these guys are putting everything in and I am ready to go win some races on these new amazing machines.”

“I am honestly still in a bit of shock” said Ron Sallman, team owner. “First Cody Webb, now Steward and Grant Baylor? The brothers provide FactoryONE Sherco with an immediate opportunity to chase championships and be on the box often in two prestigious off-road series. Stew is fresh off winning the NEPG championship, finishing only a few points ahead of Grant in second place. They both had strong showings at ISDE. I am really looking forward to seeing what they will do in 2020”

“Stew and Grant provide us with a big one-two punch on the East coast” Said team manager, Wayne Dickert. “GNCC is arguably the largest off-road series in the world based on the total number of participants and fans. This provides Sherco USA with an amazing opportunity to bring the brand front and center in front of thousands of loyal fans. I am excited to get the new season kicked off.”

The Baylor brothers will be racing the full GNCC and NEPG series as well as a few select other sprint enduros.

Team FactoryONE is a multi-time United States AMA championship observed trials team and newly formed enduro team led by some of the top riders in the business. The Trials team is led by 11x AMA Champion Pat Smage (Smah-gee) on the men’s side; and 6x AMA Champion Louise Forsley (fours-lee) on the Women’s side. The trials team consists of 10 riders. The Enduro team is led By Cody Webb on the hard enduro side and Steward and Grant Baylor on the GNCC side. The team features nine total riders competing in disciplines like Hard Enduro, EnduroCross, GNCC and NEPG

TYLER BOWERS NEW LOOK FOR 2020: HE HAS THE ANSWER