STEW IS BACK! WINS THE GENERAL GNCC 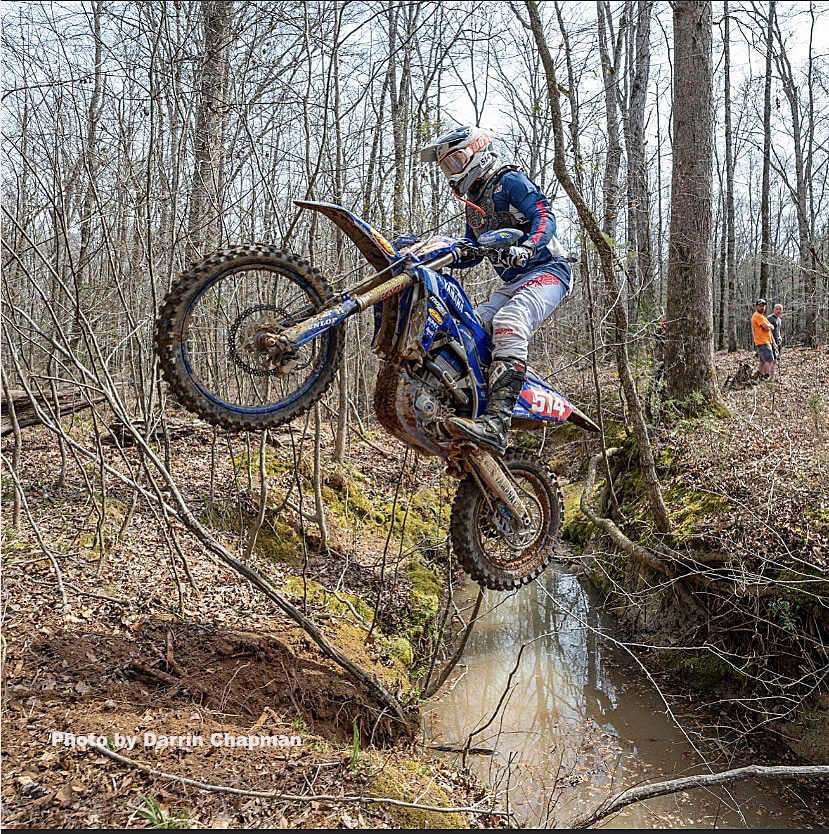 WASHINGTON, Ga. (March 15, 2021) – The Grand National Cross Country (GNCC) Series presented by Specialized, an AMA National Championship, completed round three of the 2021 season in Washington, Georgia at Aonia Pass MX with The Specialized General. Throughout the weekend the series saw 2,060 entries across Motorcycle, ATV and eMTB racing.

As the race got underway it was Magna1 Motorsports/Husqvarna’s Jordan Ashburn jumping out to grab the $250 All Balls Racing XC1 Open Pro Holeshot Award. But as the pack of eager racers made their way to timing and scoring on lap one it was Coastal GASGAS Factory Racing’s Ricky Russell holding the early lead.

As they headed out for their second lap AmPro Yamaha’s Steward Baylor was on a mission to get to the front. Baylor would put his head down and push from a seventh place start to take over the lead as they came through on lap two. Baylor would continue to push himself as he held the lead. As he made his way around for the white flag, Baylor had over a minute lead. Baylor remained focused and crossed the finish line after three-hours of racing to take his first overall win of the 2021 season.

FMF/KTM Factory Racing’s Benjamin Kelley made his way into second after three laps of racing. Kelley would come through in fifth after lap one, but he soon made the necessary passes to put himself towards the front of the race. Kelley would be unable to reel in Baylor for the lead, but he did cross the second overall and take over the points lead as the series heads to South Carolina in two weeks.

Kelley’s teammate, FMF/KTM Factory Racing’s Josh Toth earned his first overall podium finish of the year. After missing half of the 2020 season due to injuries, Toth has been training hard to return and be competitive at the front of the pack. Toth did not have the best start and would come through timing and scoring eighth on the opening lap. As the race wore on, Toth would find himself making his way through the pack and setting his sights on the podium.

Making a last lap pass to take fourth overall was KLM Milwaukee GASGAS Grant Baylor. Baylor was another rider making moves throughout the three-hour race as he came through on lap one in the ninth place position. Baylor, who held the points lead at after round one, remains in the hunt for the National Championship as he sits second.

After holding the early lead Russell said he just could not get in a comfortable groove throughout the race. At this event last year Russell would suffer a season-ending injury after battling for the lead on the last lap. Russell remained in the top five overall this year in Georgia, and he will look to continue on improving this year as he currently sits fifth overall in the points standings.

After grabbing the holeshot Ashburn continued to push for another podium finish. However, Ashburn would fall back to sixth in the XC1 Open Pro class but that wouldn’t stop him from making another run towards the front. Unfortunately, Ashburn would run out of time and cross the finish line sixth.

Babbitt’s Online/Monster Energy/Kawasaki Team Green’s Josh Strang would find himself running in third by lap 3 of the race, but after suffering issues with his front brakes after an on track incident Strang would have to make a long pit stop to have them replaced. Strang would have to work his way back through the pack after that stop and would manage to cross the line seventh in the XC1 class and 9th overall on the day.

After injuring his hand at the previous round, Callus Moto/KTM Canada’s Tyler Medaglia would come back to earn eighth in XC1, 15th overall. RedBull/MCS Racing Sherco’s Benjamin Herrera would battle throughout the day crossing the line ninth in XC1 and 16th overall. Rounding out the top 10 in the XC1 Open Pro class was Factory Beta’s Cory Buttrick.

Earning his second-straight XC2 250 Pro class win was Coastal GASGAS Factory Racing’s Jonathan Girroir. As the race began Girroir found himself right outside of a podium position, but he would begin to push and make his way into the lead by the second lap. Girroir would battle throughout the race swapping the lead position a couple of times. But when the checkered flag waved it was Girroir earning the class win, and he now sits in the XC2 points lead.

Rockstar Energy Husqvarna Factory Racing’s Craig Delong earned third in the XC2 class. DeLong would make his way up to another podium finish after starting the day in fifth. After moving into third on lap three, DeLong would hold onto his podium position crossing the line with almost a minute gap over fourth.

After running in second place in the XC2 class, AmPro Yamaha Michael Witkowski would continue to battle at the front of the pack for the duration of the race. However, an on track violation and penalty would be assessed and leave Witkowski with a fourth place finish on the day.

In the FMF XC3 class it was Magna1 Motorsports/Husqvarna’s Jonathan Johnson earning his third-straight class win of the season. Johnson would make his way into the lead on the second lap after making some necessary passes stick on his fellow competitors. Lojak Yamaha Cycle Sales’ Chase Colville started off his day with the $100 Lojak Cycle Sales XC3 Holeshot Award. Colville would continue to run at the front of the pack and cross the finish line second in his class. Gnarly Routes/RBRC’s Russell Bobbitt returned to the GNCC scene for his home state race and rounded out the top three in the FMF XC3 class.

In the 10 a.m. race it was the WXC rider, AmPro Yamaha’s Rachael Archer coming through to take the overall win and her second WXC class win of the season. When the race began though it was BABS Racing Yamaha/Fly/Maxxis/Pro Circuit’s Becca Sheets earning the $100 Trail Jesters WXC holeshot award. Sheets would hold the early lead, but she would soon be faced with a battle from Archer and the two would swap positions. Sheets would hold onto second, while Babbitts Online/Monster Energy/Kawasaki Team Green’s Korie Steede landed herself a podium finish with third in the WXC class.

In the Youth race it was once again Magna1 Motorsports/Husqvarna’s Chase Landers earning himself the youth overall win and YXC1 Super Mini Sr. class win. Coming through to take second was Caleb Lane followed by Nicholas Defeo rounding out the top three youth overall riders and in the YXC1 class.

In the YXC2 Super Mini Jr. class it was Andrew Segars coming away with the win, while Peyton Feather and Logan Crawford round out the top three in the YXC2 class. Earning 11th overall in the youth race was the 85cc (7-11) class winner, Mason Raynor and coming through 17th overall was Ryder Sigety who earned the 85cc (12-13) class win.

The General AMSOIL Moto Hero went to Kentucky’s Chris Sumner. Chris has been racing GNCC for over 10 years, and is from Cadiz, Kentucky. Chris served in the Army; 4th infantry and 1st Special Forces Operations Detachment – Delta. Chris was nominated by 16 of his family and fellow competitors, including Ryan Sipes. Chris was awarded a $250 AMSOIL shopping spree, Kanati Lite truck tires from GBC, a commemorative American Flag courtesy of Columbia Flag & Sign Co. along with a certificate from their store. 100% Goggles also donated goggles for each moto hero in 2021, while ARMA has sent a black edition – pro kit full of ARMA supplements and gear.