STEW BAYLOR IS BACK AND WINS RATTLESNAKE NATIONAL ENDURO 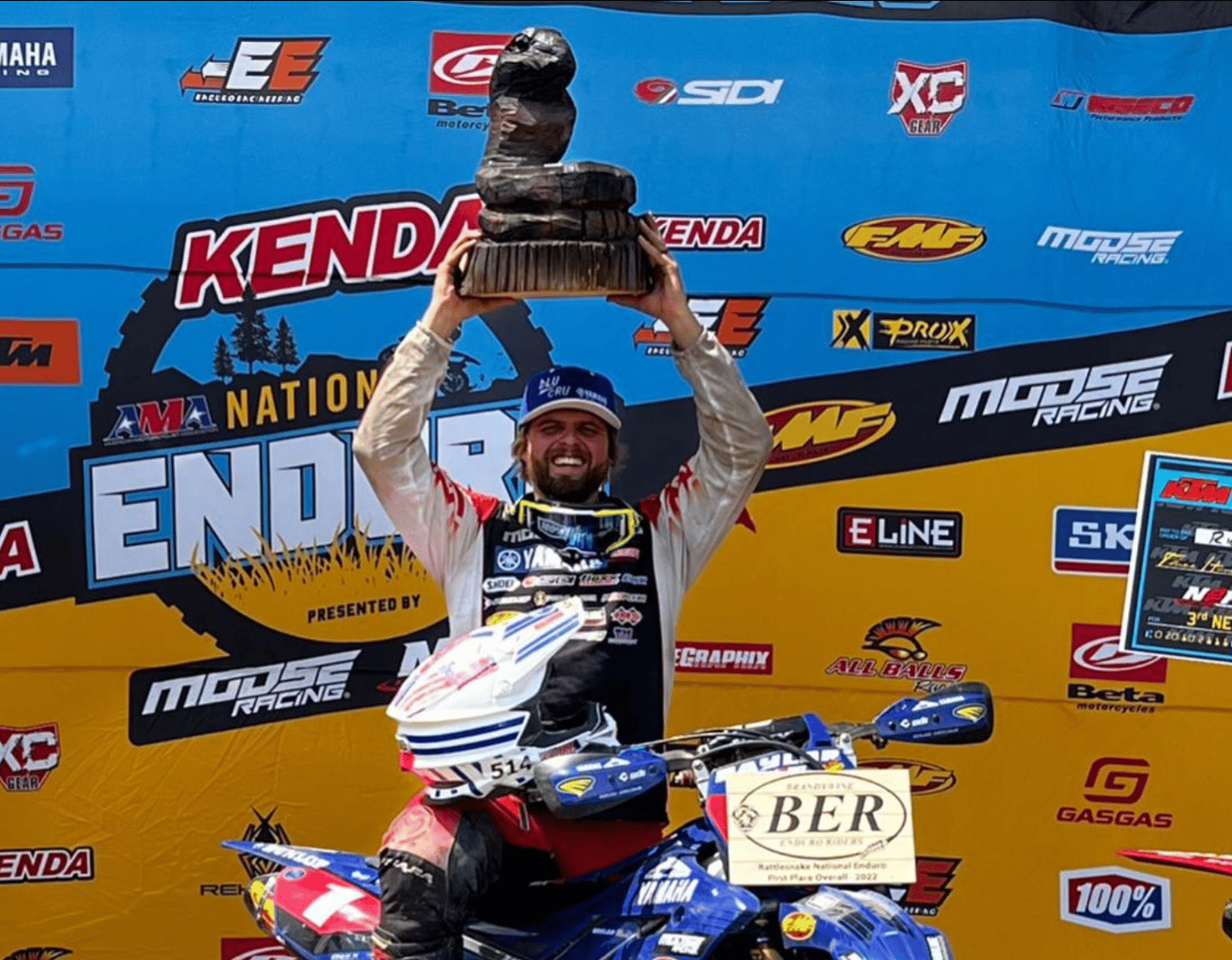 Steward Baylor got back on the winning track at this weekend’s Rattlesnake National Enduro, round five of the Kenda AMA National Enduro Series in Cross Fork, Pennsylvania. It was the AmPro Yamaha rider’s first win since opening the 2022 series with a victory at round one in Sumter, South Carolina. Steward topped series point leader Coastal Racing GasGas’ Ryder Lafferty by 7 seconds to take today’s win. The South Carolina rider only won two of the six tests, but his performance in the rocky fifth test made the difference and allowed him to surpass Lafferty with one test remaining in the race.

Lafferty’s Coastal Racing GasGas teammate Ricky Russell turned in his best performance of the series with a third. “I felt like I made so many mistakes in the first test, but when I came in I saw that I finished second and I was one second from winning it, so I was like, ‘oh, everyone is struggling too’,” said Russell. “After that, I just kept my head down. In the third test, I think I was fourth, and then I just got consistent thirds the rest of the day.”

REV Motorsports GasGas’ Grant Baylor finished fourth overall despite two big crashes. “It was kind of dry and dusty today, so it made it real slippery with the powder on the course and the rocks underneath,” said Grant. “So, it was kind of a treacherous track, to say the least. The second test I went down and I thought I broke my hand. It started to swell up and it was throbbing and had some sharp pains. It felt like it was broken. But then the next test I got going and it got loosened back up. I think I just bruised it real bad or something. Then another big wreck in the fourth test. I just need to keep it on two wheels and I think we could have had a better result.”

Rockstar Energy Husqvarna’s Craig Delong, who won the first test, a grass track, finished seven seconds behind Grant to take fifth. “I won the first test, but in the second test, I had a tip-over and had to pull my bike out from behind a tree, so I lost a couple seconds there,” said DeLong. “I feel like I would have been ten seconds faster, which would have put me in third. I was just kind of a little bit off, but I was a little bit hesitant, just with the rocks. When it’s dry like this, you can carry a lot of speed and the rocks all blend in when it’s like this. So, it was kind of hard to see what was a rock and what was a smooth rock as opposed to a jagged one.”

The Kenda AMA National Enduro Series resumes on August 21st for the Grassman National Enduro, round six of the series in Chandlersville, Ohio. For more information go to www.nationalenduro.com