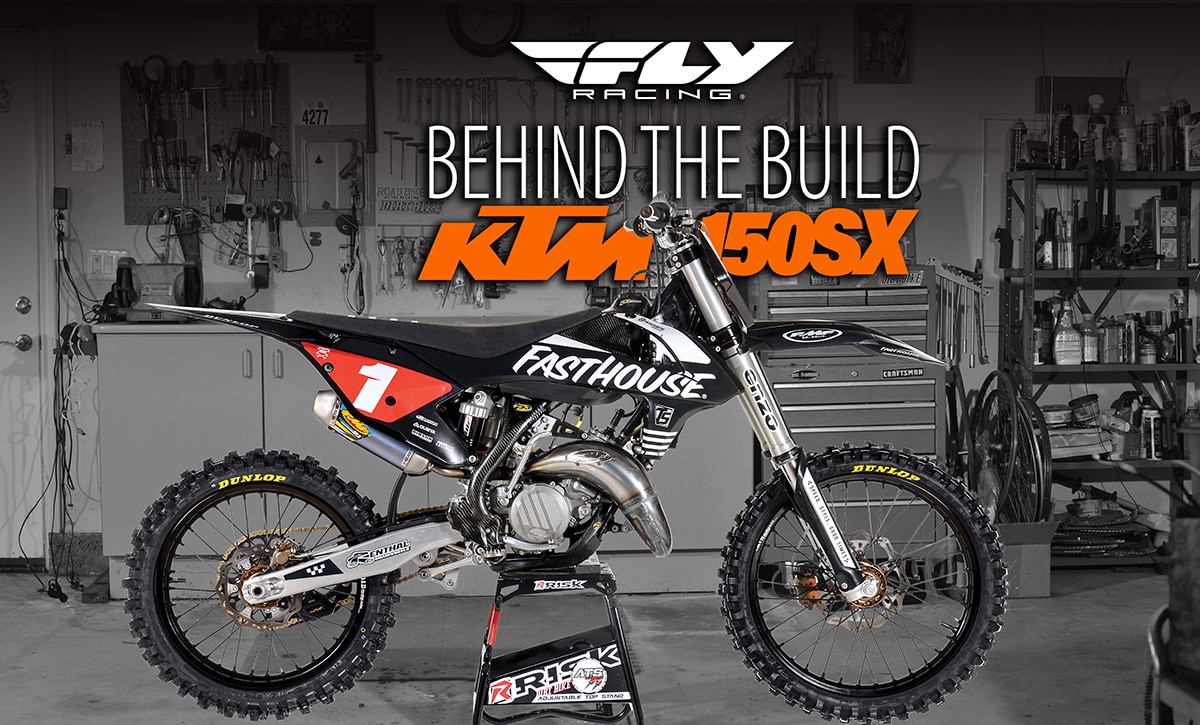 In the small-bore two-stroke racing world, the horsepower rule of thumb is go big or go home empty-handed; however, that isn’t always true. Dennis Petracca and Justin Hoeft proved that at this year’s Wiseco Two-Stroke Championship presented by Fasthouse.

Taking the saying “sometimes less is more” to heart, Dennis Petracca, a veteran in the world of mechanics, completely rebuilt his personal KTM 150cc two-stroke for Fasthouse rider Justin Hoeft to ride at the 2022 Two-Stroke Championship. The engine did receive lots of attention from Patracca, but you will probably be surprised to hear exactly what type of attention it received—no crazy port job, head modifications, stroker rod or even a slightly larger bore! Nope, this machine was rebuilt to stock specifications with a couple of minor tweaks that Patracca would not divulge. The major performance items on this 150cc build come in the form of bolt-on pieces. An FMF exhaust system featuring a works-style pipe and titanium 2.1 Power Core silencer would help the 150 breathe out those exhaust gases a little easier, while two additions to the intake track would help meter the amount of fuel entering the engine. The all-new Lectron Billetron 38 was installed to increase throttle response, improve idle, increase tuneability, improve bottom-end hit, and provide a faster activation of the Power Jet. This is the first carburetor in the Lectron line that utilizes billet-aluminum construction. A Moto Tassinari VForce4 reed valve (that now incorporates an air-foil shape at the reed to increase air velocity from the outer ports), new pre-curved reed petals, and a longer reed stop were the last pieces to the performance puzzle.

The machine got a huge cosmetic makeover that started with a complete teardown. The main frame headed off to the powder-coater for a new Satin Black finish. With the bike in pieces, all the normal wear items, such as linkage bearings, steering bearings and suspension, were serviced. With there being a rather large difference in rider speed between Petracca and Hoeft, the suspension needed some attention as well. Ross at Enzo has handled Petracca’s suspension for years and was happy to make the needed internal adjustments for Hoeft. Another huge piece of the makeover puzzle was the addition of an all-black set of Cycra plastics. Ryan Pursley and his son Brandon at Throttle Syndicate worked together to come up with a very clean Fasthouse-inspired graphic design that would continue the black look with the addition of only two colors—white and red. Throttle Syndicate makes all its seat covers in-house and was able to throw together an all-black gripper cover featuring white traction ribs, matching the rest of the bike perfectly. Wheels are an often-overlooked performance piece, but they take huge amounts of abuse and can end a championship ride in seconds. The Fasthouse 150 has billet-aluminum Haan hubs, D.I.D Dirtstar rims and stainless-steel spokes built by the crew over at Dubya USA. Petracca wrapped them with Dunlop MX33 tires. To give the Fasthouse 150 some bling, Patracca installed a few items from the crew at P3 Carbon that included a three-piece tank cover, frame guards and a skid plate.

The Fasthouse “Stealth Bomber” project will go down in history as a huge success for a couple of different reasons. Justin Hoeft was able to come away from the 2022 Wiseco Two-Stroke Championship successfully defending his number-one plate with 2-1 moto finishes over a field of highly modified machines piloted by very fast riders. That proves the performance side of the build is definitely up to par, and as far as looks go, the machine speaks for itself. This build flies under the radar until someone stops to take a look at it, then they are mesmerized by its clean simplicity.