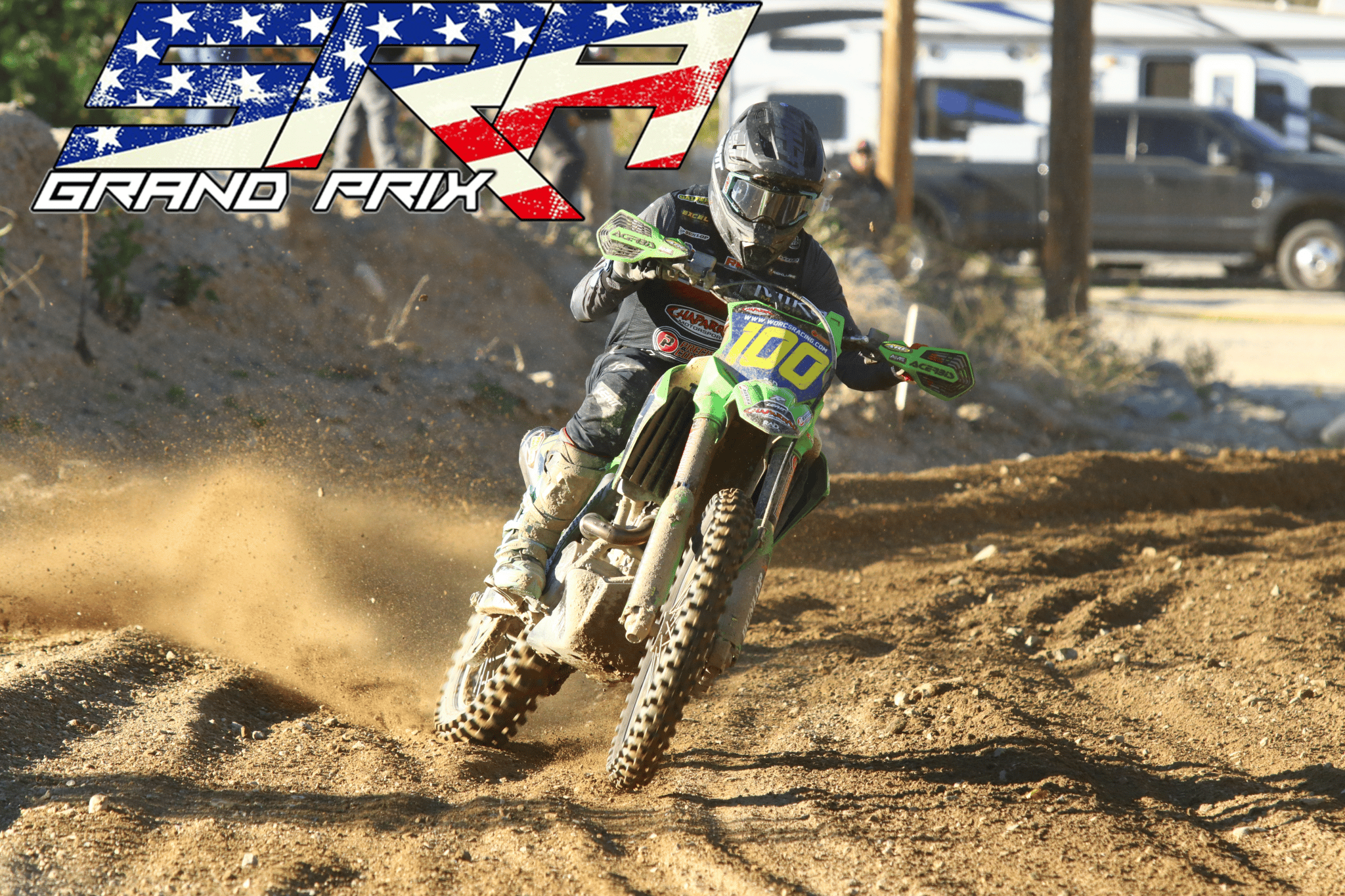 The SRA GP hosted its November race before heading into the holiday breaks. It was an excellent tune-up for racers before they enjoy stuffing their faces for Thanksgiving in a few days. The winds were high all weekend, seeing a shorter race course but a unique layout that saw tight corners, technical terrain, and a load of smiles making for a 7+ minute lap time.

The morning race saw the 50+, 60+, 70+, vintage, and women hit the race course. To no surprise, Gordon Ward led the first lap and never came under pressure from anybody else. Ward, still the Glen Helen mayor, showed consistent laps for the 45-minute duration and almost lapped into third place. It was only a warm-up race for the 50+-year-old, which saw him lining up in the 30+ and 40+ expert race just 25 minutes later.

In the 30+ and 40+ races, Tyler Renshaw, aboard his KTM 450XC-F, led the opening laps. Renshaw’s knowledge and speed were significantly shown, but Ward had just a bit more and found his groove and made his way around Renshaw.  Gordan took top honors in back-to-back races making it enjoyable to watch.

The Pro race was the last to take off on Sunday afternoon. With the holiday season so close, a small class of seven was on the line. When the green flag dropped, it was Zach Bell on his KX450 taking the early lead and hole-shot, closely followed by Purvines Yamaha Trevor Stewart and Trevor Hunter. After Bell’s mistake, Stewart opened up a 10-second cushion on the opening lap that only progressed as the race continued. Behind him were Todd Sibell and 250 pro-Jake Alveraz, battling for the second position. Stewarts’ Sunday cruise came with victory ending the 45-minute + 1 lap race and the day’s festivities.

The SRA family would like to welcome everybody to their final race on December 11th, their last race of the series at Glen Helen Raceway. As racers prepare for the new year, SRA is a great stepping stone to getting racers ready and enjoying a fun day of racing in an excellent family atmosphere.