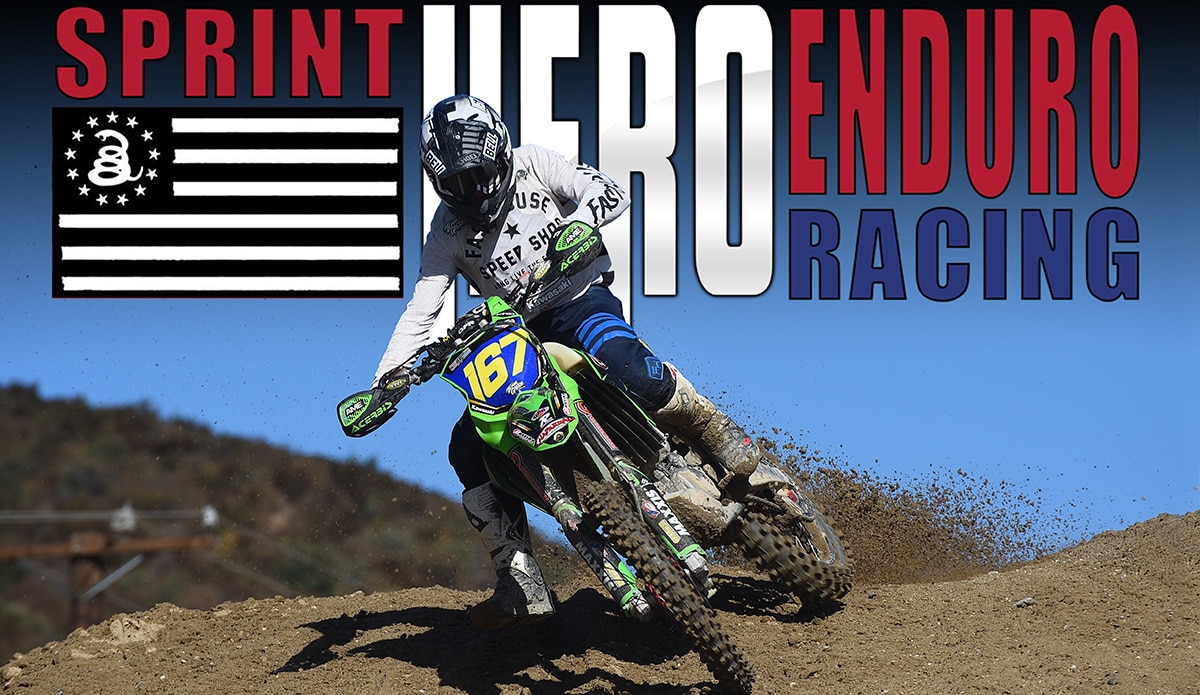 The 2019 Sprint Hero series came to a close this weekend with a rescheduled event at Glen Helen Raceway. The WORCS crew lived at Glen Helen for a solid month with back-to-back-to-back events at the facility. The final round of the Sprint Hero series, which was originally planned to take place up north, broke the pattern of that series by being a one-day event  simply because Glen Helen already had four different events on its calendar for the same weekend. That meant the Randy Perry and the rest of the Sprint Hero organizers had to be creative and work around the REM race that was was taking place on the Arroyo track, and be organized enough to be done by the time that SRA took over for its summertime night race. The final round broke the pattern in another way. Precision Concepts/Chaparral Kawasaki rider Zach Bell finally got the best of Red Bull KTM rider Taylor Robert, who won the previous four rounds.

The event wasn’t without mild controversy, though. Zach Bell and several other riders got a do-over in the first enduro test after they made a wrong turn and ended up re-riding the cross test. Taylor, who had pre-ridden the entire course on a mountain bike the day before, knew exactly where to go, and established an insurmountable lead as a result. Bell had apparently been told that was the right way to go beforehand, so officials decided to stop the test and re-stage everyone. In the end, Taylor couldn’t argue with Bell’s performance on the day. “He kicked my butt in the cross tests,” said Taylor afterward. “I think I got him in the last three enduro tests, but it wasn’t enough.” At the end of the day, Bell had won a total of nine tests to Robert’s three. Both tests played to Zach’s strengths, which are motocross-oriented.

A consistent third in most of the tests was RPM Racing’s Dante Oliveira. This has been a breakout year for Dante, who has been creeping closer and closer to Robert and Bell in most races. Bell’s Kawasaki teammate Blayne Thompson managed to get the best of Oliveira in a couple of tests, and Travis Damon also managed to turn in some excellent results as well, but at the end of the day, it was Bell and Robert 1-2 or 2-1 in every  test. Bell’s total was 29 seconds clear of Robert’s, with Oliveira, Thompson and Damon following. For full results, go to Sprint Hero Racing or click here.