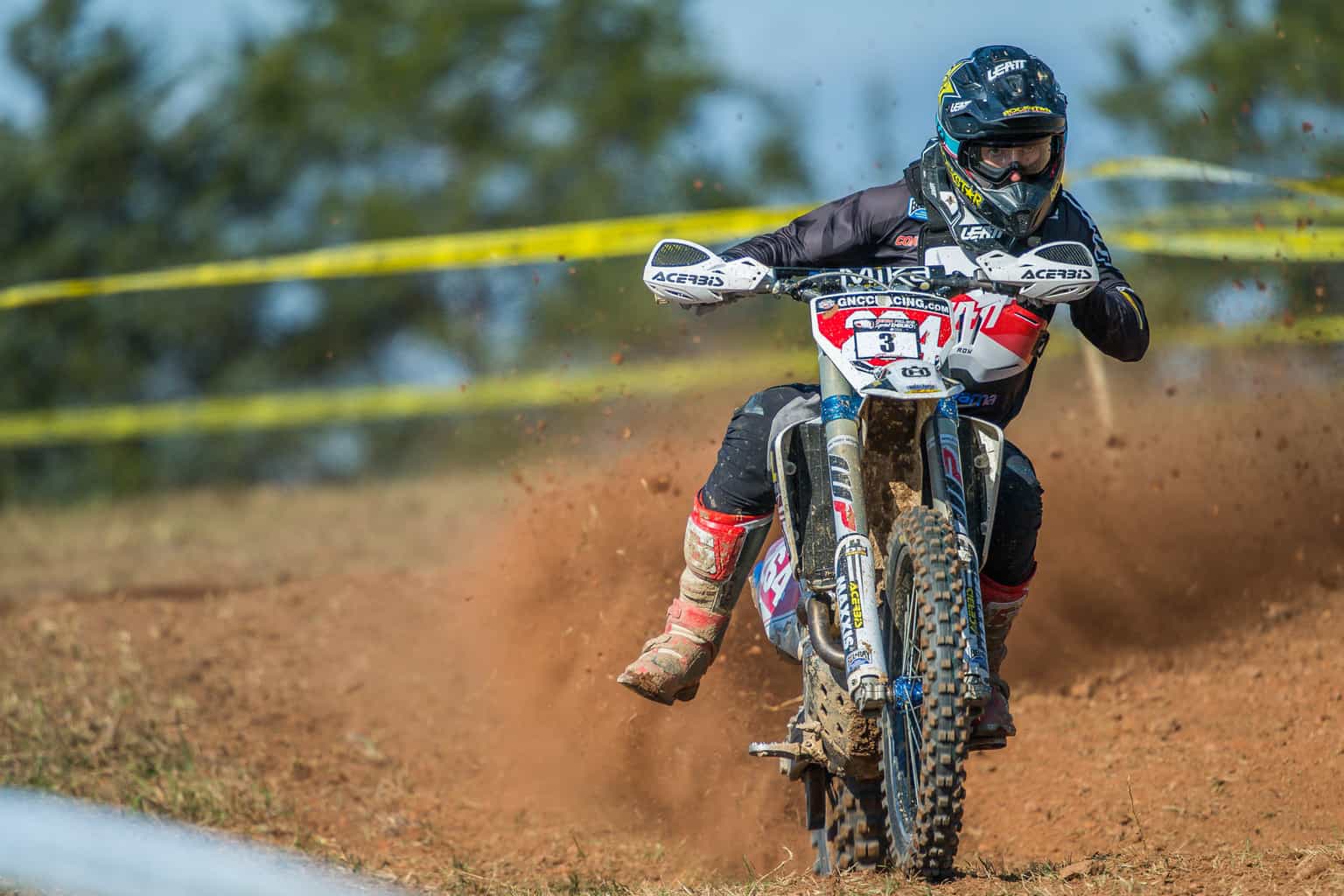 Coastal Racing/Husqvarna’s Ryan Sipes claimed his fourth win of the season with a 24-second victory over SRT Racing KTM’s Steward Baylor at the ninth and final round of the Kenda Full Gas Sprint Enduro Series presented by PRI Powersports Insurance this weekend at Big Buck Ranch near Union, South Carolina.

And while Sipes won the battle, it was Baylor who won the war, his runner-up finish giving him enough points to top Beta USA’s Jordan Ashburn for the series title, making his second title in as many weeks after winning the national enduro title just the week before.

“It was a hell of a year,” said Baylor. “We came in and won a couple of races right off the bat and after that we just kept it consistent, but it was a lot of work riding three series this year. The Sprint series an incredible series and it takes a lot of different skill sets to win in this type of racing, which is why I like it, and I don’t think anyone has won multiple titles in the same year except Kailub Russell, and he won a GNCC title and a national enduro title in the same year, so I’m super excited to be able to do this.

Sipes, who is a former professional supercross racer, kicked off Saturday’s event with a big win in the Cross Test, beating JCR Honda’s Trevor Bollinger by four seconds and Baylor by nearly 14 seconds. Integrity Acquisitions-backed KTM rider Evan Smith won the second test – an Enduro test – beating Baylor’s SRT Racing teammate Cory Buttrick by a little over a second, while Baylor was now starting getting up to speed and finished three seconds off of Smith’s time. Sipes wound up winning all three of the Cross tests on Saturday, while Baylor came on strong at the end of the day, winning two of the three Enduro tests, with the third one going to Smith.

On Sunday, Sipes once again dominated the Cross tests, winning all three of them, however, Baylor managed to stay a little closer to Sipes’ times, making the battle for the win a tight one. Baylor managed to win an Enduro test, while Sipes finished second, fourth and third in the three Enduro tests. In the end, Sipes took the overall victory by 24 seconds over Baylor, with Smith finishing less then three seconds back in third.

In the Women’s Pro division, Australian Tayla Jones won all 12 tests over the course of the weekend on her KR4 Husqvarna to cap off her championship-winning season. Tayla was riding a 125 Husqvarna this weekend. “I struggled a bit on the 125 because it was slippery and rooty and I had to make sure my throttle control was good, but other than that it was good,” said Jones. 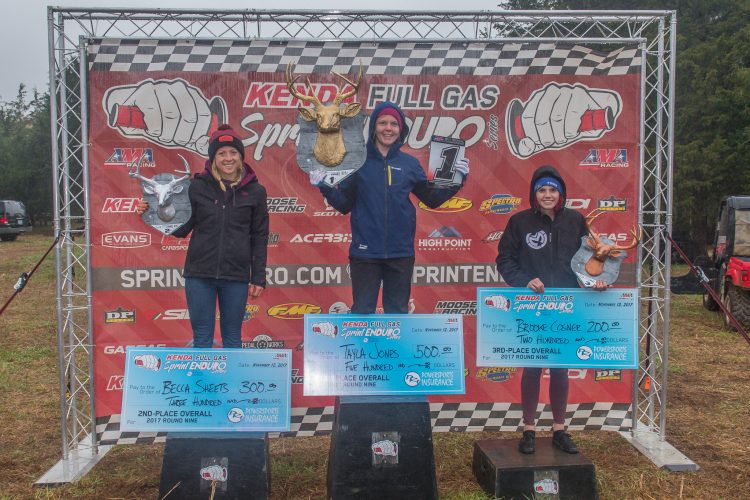 The 2018 Kenda Full Gas Sprint Enduro Series presented by PRI Powersports Insurance schedule will be released in a few weeks. For more information on the series, please check out www.sprintenduro.com.