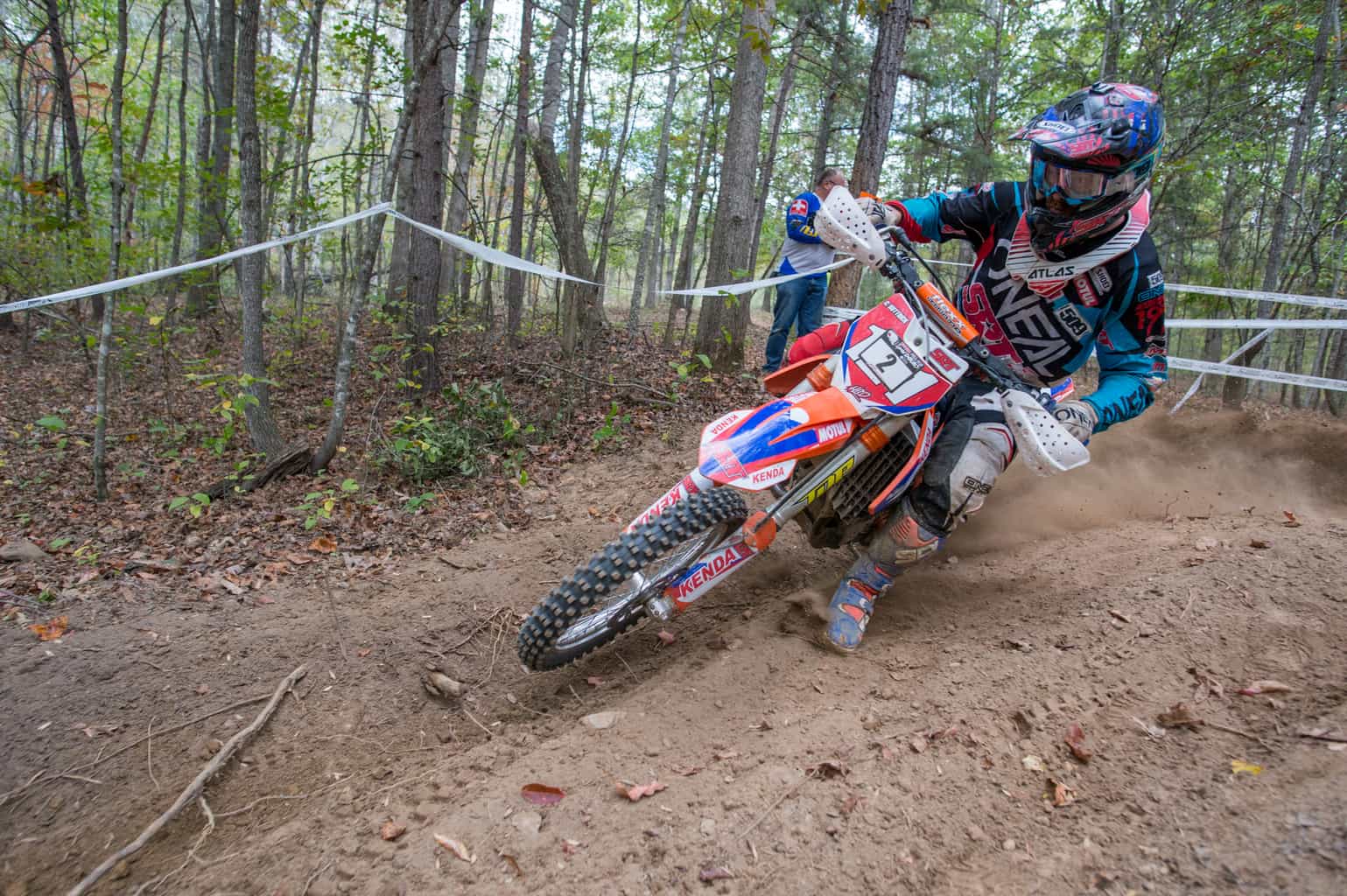 SRT Racing’s Cory Buttrick came out on top of some of the closest racing of the season, taking an impressive win at the Rock Crusher Sprint Enduro, round eight of the Kenda Full Gas Sprint Enduro Series presented by PRI Powersports Insurance at the Rockcrusher Farm in Young Harris, Georgia. The racing was insanely close, with first and second place finishing on the same second in four of the twelve tests. After two days of racing Buttrick took the win by five seconds, while second and third place were separated by less than a tenth of a second.

The win was Buttrick’s first of the season and it came at the expense of runner-up Jordan Ashburn and series point leader Steward Baylor. Ashburn kicked off Saturday’s event by posting the fasted time in the opening Cross test, beating Integrity Acquisitions-backed KTM rider Evan Smith to the line by three-tenths of a second. However, Buttrick came back to win tests two and three and took an overall lead he would never relinquish. Baylor countered with back-to-back wins of his own in tests four and five, while Ashburn put the finishing touches on the day by posting the fastest time in the sixth and final test.

After one day of racing, Buttrick topped the time charts with a total time of 35:47.173, followed by Ashburn with 35:53.029 and Baylor at 35:53.917. FMF KTM Factory rider Russell Bobbitt and Evan Smith rounded out the top five. Ashburn got off to another great start on Sunday, winning test one ahead of Buttrick and Smith. However, Buttrick reeled off three-straight wins and appeared to be running away from the field, though Baylor gained a bit of ground with a win in test five. Test six was a pivotal one, as Ashburn turned the fastest time, as he had done in the final test on the previous day. Meanwhile, Baylor tripped the wire a second slower to post the second fastest time. Buttrick, on the other hand, bobbled midway through the test and dropped to fifth for the test, his only finish all weekend outside of the top three.

Baylor ended up winning Sunday’s event, edging out Ashburn and Buttrick, and by doing so the SRT Racing KTM rider extended his lead in the series standings to eight points over Ashburn with just one round remaining. Buttrick, however, claimed the overall for the weekend, posting a total time of 01:11:38.485. Ashburn’s 01:11:43.168 was good enough for second overall, while Baylor’s 01:11:43.292 left the South Carolina rider solidly in third.