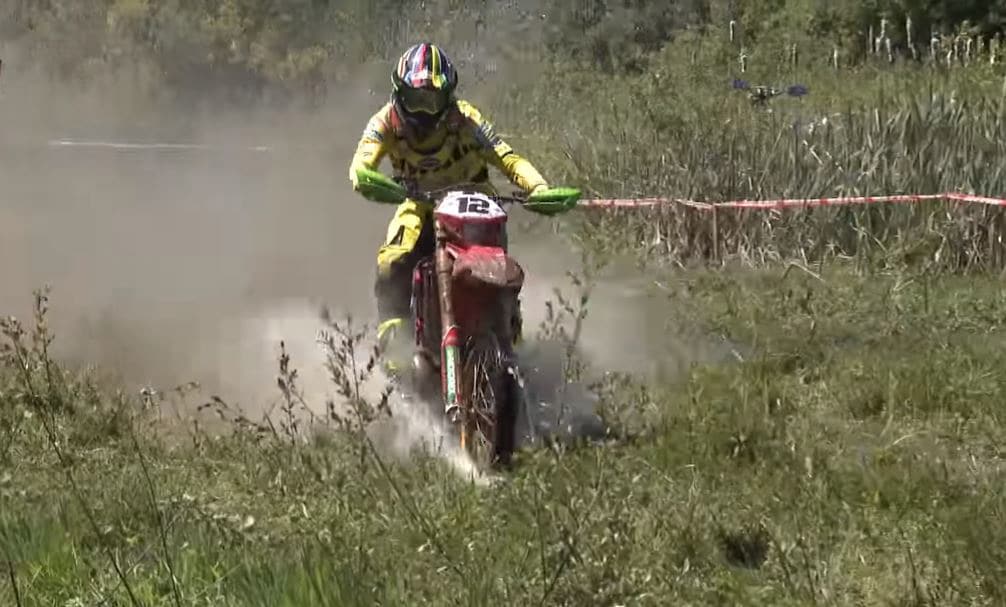 Rain preceded the Spanish GP for rounds two and three of the 2019 Enduro GP season, making for a very soggy first weekend of racing.

The EnduroGP riders gave us a fantastic battle throughout all four laps on this first full day of action. Brad Freeman (GBR-Beta) took his second victory in a row after his success last Sunday in Portugal. The Beta Boano rider controlled his race very well, Steve Holcombe (GBR-Beta) was left in the wake of his young compatriot. Freeman took the head of the race on the 2nd Enduro Test of the day, and never looked back.

Brad Freeman (GBR-Beta) gave a double blow to his competitors, the British rider won for the 2nd time on Iberian soil. The Beta Boano rider this time had to scrap with Danny McCanney (GBR-TM) to win. Freeman was very disciplined all day, keeping out of trouble. He won five tests today and finished 2nd on the tests four times. This more than satisfactory result propels him to the head of EnduroGP. He pulls 5 points out on former leader Steve Holcombe (GBR-Beta).

In the E1 category, Freeman won his 6th victory in 6 races. Today he was ahead of Davide Guarneri (ITA-Honda) and Matteo Cavallo (Sherco).

In E2 Giacomo Redondi celebrated his first victory in a Senior class. He demoted Salvini and Larrieu to 2nd and 3rd. However, Salvini remains leader of the E2. Note the result of Eero Remes (FIN-Yamaha), 11th, who is suffering from a rib and thumb injury.

In E3, McCanney finished ahead of Steve Holcombe for the first time this season. Steve Holcombe remains leader in E3 after the Iberian tour, he was 2nd today. Meanwhile, David Abrall (FRA-Beta) took his second podium of the weekend.