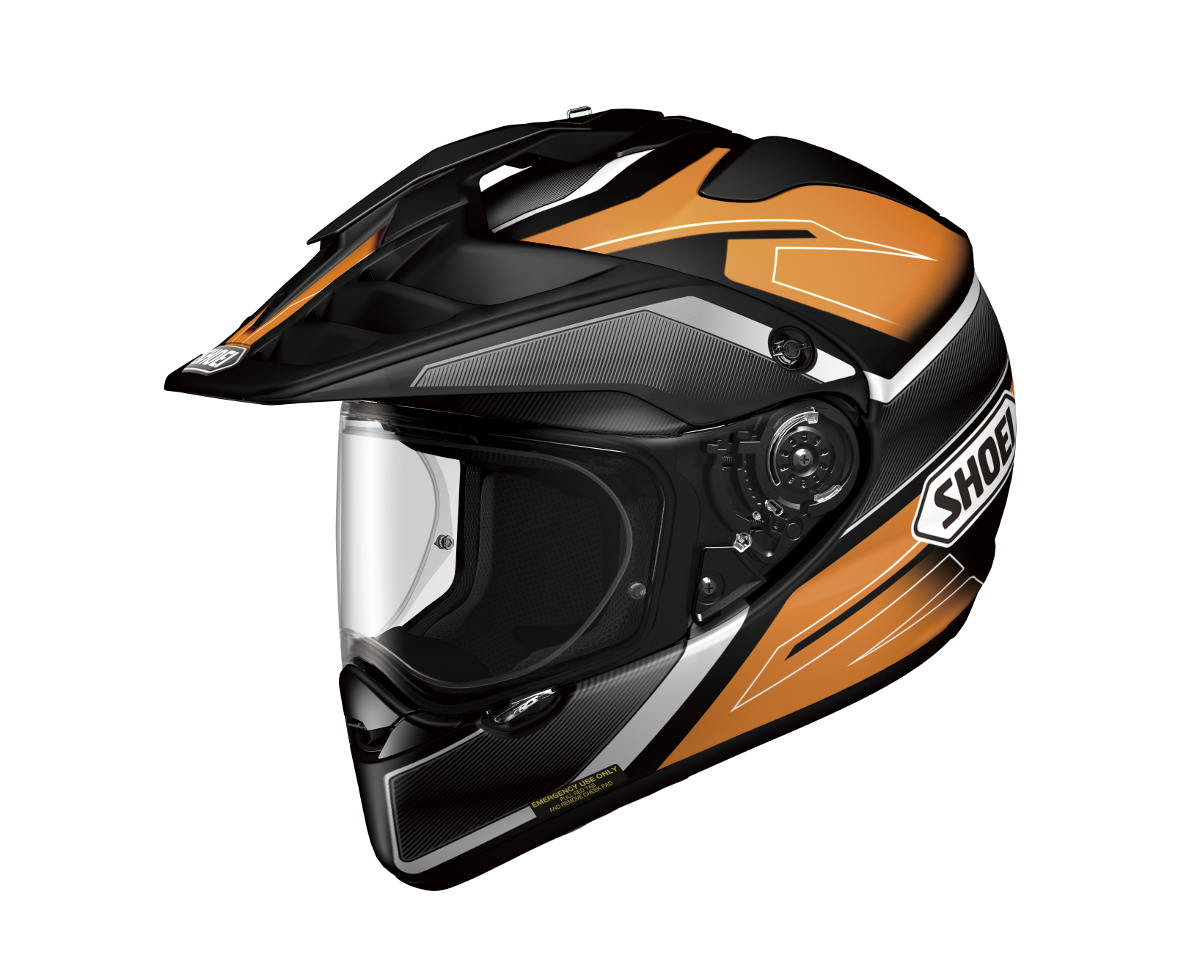 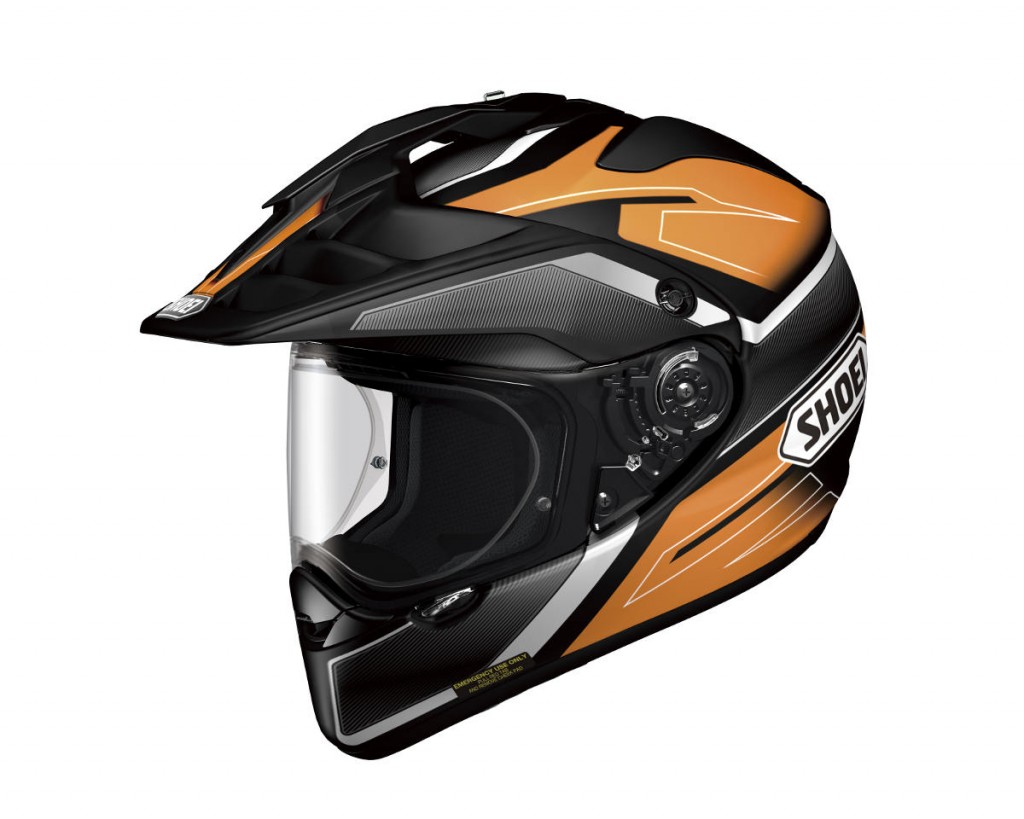 Shoei released its new dual-sport helmet last week. The Hornet X2 is the long-awaited successor to the Hornet DS, which had become an icon in the dual-sport and adventure bike worlds. We have ridden about 500 miles in the X2 since its arrival and found it to be a significant improvement.

It still has the same features that made the DS successful. It’s a true hybrid which works well for dirt and street. It looks right in either environment. The most obvious visual dirt element is the sun visor. Shoei’s new V-460 visor is designed to provide sun and roost protection and will allow air to pass through, via six vents. Under that is the most obvious street element, the CSN-2 face shield, which flips down to provide eye protection.  If you want to use goggles, the face shield can be removed without tools and uses the same base-plate attachment system as other Shoei street helmets.

Another giveaway that it’s not a dedicated dirt helmet is the fact that all the vents and ports are much more subtle. The X2 has a ventilation system, but the chin bar has only one small slot and there aren’t nearly as many openings in the shell. For cold weather, the helmet comes with a removable breath guard and chin curtain. Like many other premium helmets, the X2 has a fairly elaborate multi-piece interior that is removable and washable.

After wearing it for a week, we love it. To be honest, we were already big fans of the DS, and the X2 is an obvious step up. On the street, it’s more wind-friendly. The sun visor is almost a non-issue at freeway speed. You can hear a little more wind noise than you would on a dedicated street helmet, and you can definitely feel the visor when you turn your head sideways, but on both counts, it’s no big deal. The face shield is a big improvement, too. It’s very solidly mounted with clearly defined detents. And when it’s shut, it’s really shut. Prior to this, we had never used the Pinlock Evo fog resistant system, which is used on many street helmets. This is a snap-in inner face shield, which is made of antifog material. The problem with most no-fog treatments is that they scratch easily. Typically, a shield’s hard outer surface is bonded to a soft inner material, so if the inner part is scratched, the whole thing is ruined. With the Pinlock system, you only have to replace the inner shield, which sells for about $30. It’s winter, even in Southern California, but we’ve been riding nearly fog-free.

For the street, we give the new Hornet an A-plus. We’re a little more picky with our dirt helmets, but still, we have very few complaints when we go off-road. You have to be aware that it’s a little heavier than a dedicated dirt helmet, goggles are a tight fit, and the ventilation is less pronounced. When it comes to safety, it’s simply a matter of trust. Shoei has the best reputation in the field and the X2 passes Snell 2015.

The Hornet X2 comes in a much wider range of colors and graphics that the DS. The monochromatic colors, which the adventure guys seem to love, sell for $594.99. Metallic colors are $603.99. The X2 also is available in graphics for $715.99. For more information go to www.shoei-helmets.com.

ARE YOU DOING IT THE HARD WAY? FIXING ADVENTURE BIKE FLATS