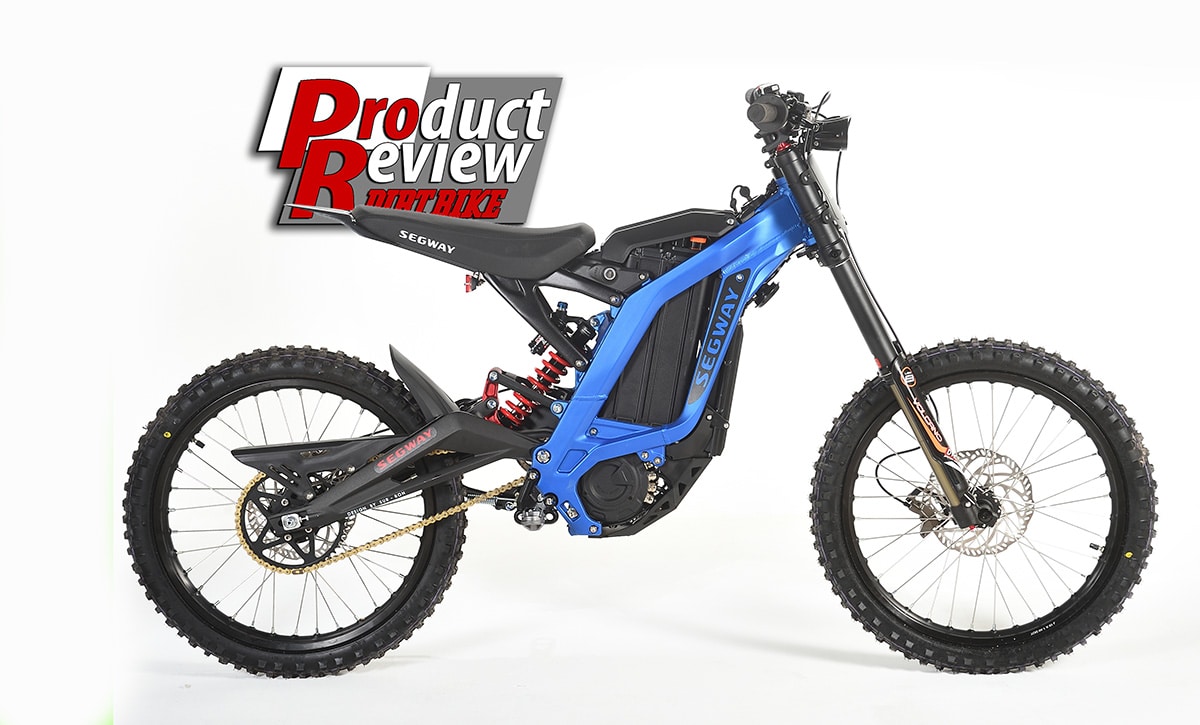 The gap between motorcycle and bicycle used to be wide and clearly defined. If it had a motor, it was a motorcycle. If you were the motor, it was called a bicycle. Now, advancing technology has made everything a little murky. The Segway Dirt eBike occupies that middle space between worlds. It’s a motorcycle that borrows technology from the electric bicycle realm.

NOT YOUR MALL COP’S SEGWAY
Yes, Segway is synonymous with the personal transport that Paul Blart used to keep his mall safe over 10 years ago. The company has changed hands a number of times since then and is currently owned by Ninebot, an Asian firm that pioneered the rent-and-ride scooters that you see scattered all over metropolitan cities. Ninebot also owns Sur-Ron, which actually developed the eBike. The eBike has a fairly powerful electric motor. Although we have seen versions that have pedals, ours did not. The official stats read that it produces 23.6 pound-feet of torque. There are two models—the X160 and the more powerful X260, which is the one we tested. They both use a lithium-ion battery that was developed by Panasonic. The 60-volt battery on the X260 can be charged in four hours and can run for more than two hours. Top speed is electronically limited to 46.6 mph, and the max range in mileage is said to be as much as 74 miles.

The most impressive aspect of the eBike is the construction quality of the chassis. It has an aluminum frame with welds so perfect that Honda should take notes. The suspension is by DNM, which typically makes bicycle components. It has a telescopic fork up front with 8 inches of travel and a linkage-mounted piggyback shock in the rear, also delivering 8 inches of wheel travel. The battery is massive but can be removed in a few minutes. In theory, you could buy an extra battery and ride all day, as long as you have a place to charge the spare. Just be aware that most of the expense in any electric vehicle these days is in the battery. Expect to pay over $1600 for a spare.
In order to charge the eBike, you use an external charger that plugs into any 110-volt socket. The bike comes with a headlight and a small instrument display next to the left grip. You can download a smartphone app that gives you more detailed data, as well as route and trip info. 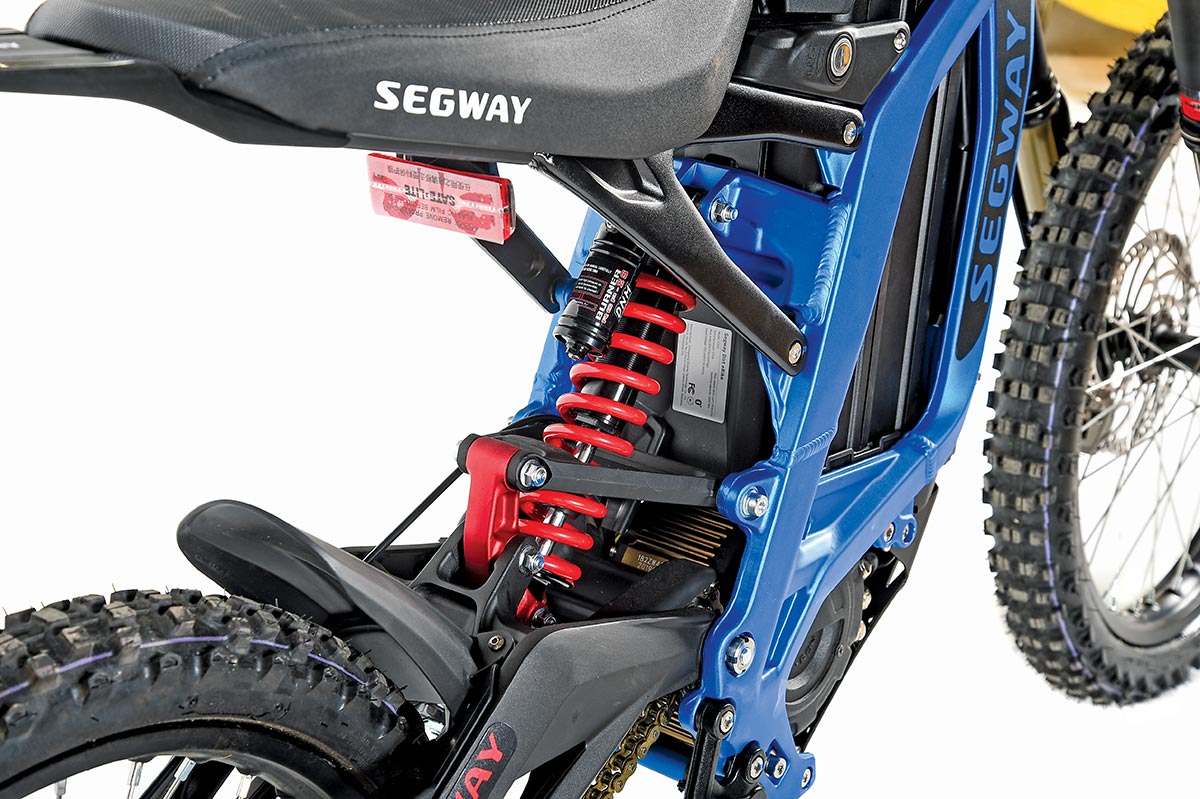 At both ends, the suspension components are by DNM and work surprisingly well.

WHERE TO RIDE
The most perplexing thing about riding the Segway is where to ride it. If it looked more like a bicycle, we would ride it right out of the garage and hit the neighborhood mountain bike trails. But it clearly won’t pass for a bicycle, even if it had pedals, and the local police won’t look at it kindly if you ride it on public roads. That means you have to load it up, just like a full-size dirt bike. It’s small, though—barely as large as an 85cc motocrosser, so it will fit between two regular dirt bikes in the back of an average pickup. When you get to your riding area, you still have to be thoughtful about where you ride it. On hard-packed soil, it seems impressively fast. It has two power levels, and in the most aggressive setting, it will lift the front wheel off the ground with sheer acceleration. It’s perhaps a step above a Yamaha TT-R125.

In soft dirt and sand, the bicycle-width tires don’t offer as much traction as motorcycle-style tires. It’s still not much of a problem, though. The machine only weighs 110 pounds, so even when it gets squirrely, it won’t scare you. The biggest surprise is the suspension. It’s actually quite good. You can hit decent-sized bumps without too much of an issue. Just for giggles, we rode the X260 around Glen Helen’s REM track. It had no issues with anything there, including the jumps.
One aspect that will present a problem for anyone with a motorcycle background is braking. The Segway only has hand brakes. You can get used to that, but each hand lever also has a built-in electronic kill switch. That means you can inadvertently kill the power delivery just by resting your fingertips on the levers.

ELECTRIC WORLD
As long as you’re not in the camp that is threatened by anything new and different, the Segway is great fun. It’s a good vehicle for snack-bar runs and the occasional trail ride. It’s quiet, well-constructed and beginner-friendly. It will set you back more than a TT-R125, though. Suggested retail is $4999 for the X260 and $3499 for the X160. You can’t think of it as a substitute for either your motorcycle or your bicycle, but if you look, you’ll probably discover you have room for all three in your garage.