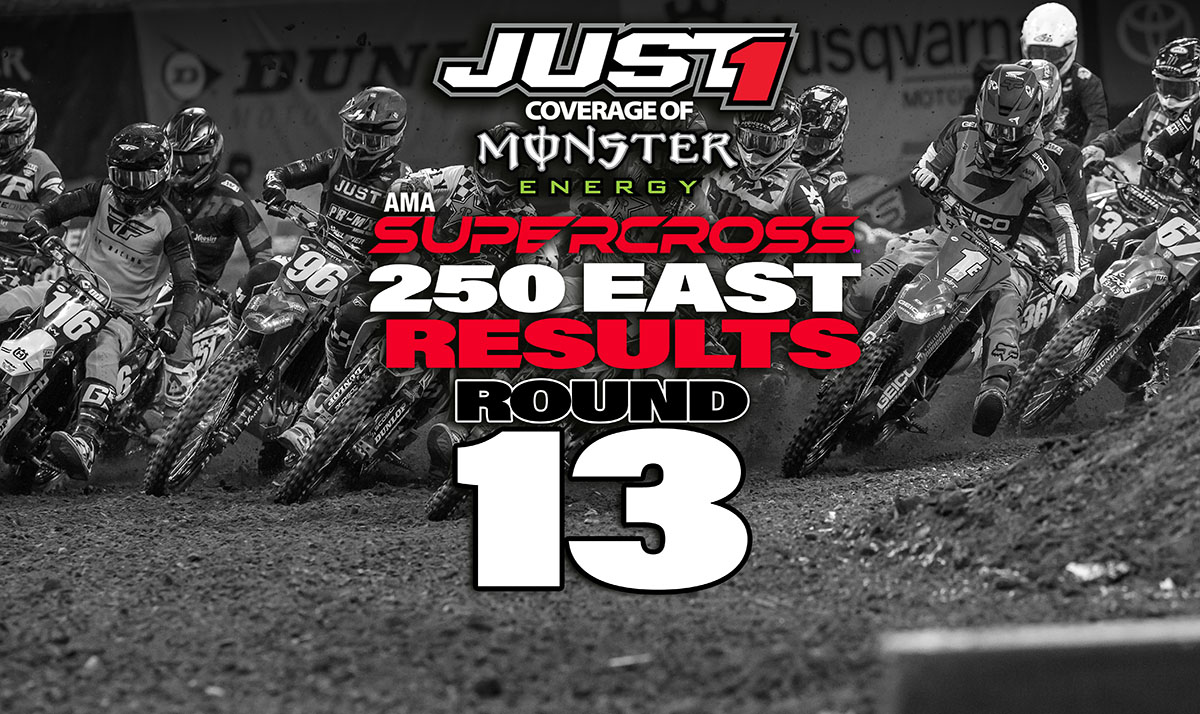 Supercross returned to Rice -Eccles Stadium in Salt Lake City for round 13. In the 250 East class, the battle has shoe horned into a fist fight between Chase Sexton and Star Yamaha’s Shane McElrath. Sexton held the points lead heading into Salt Lake City, but double wins have McElrath pulling into a tie going into round 13. The track is busy, muddy, and the transitions between the jumps are rutted and hacked.

In heat one McElrath ripped a giant holey and walked the dog to an easy win. Pro Circuit’s Garrett Marchbanks moved  into second place and stayed there for the duration.  The leaders lapped up to fourth place in a short heat race.

Chase Sexton grabbed the hole shot followed by Colt Nichols. The track deteriorated badly and all riders struggled, with the exception of the two leaders. Pierce Brown pushed into third place early, Sexton clipped a lapper mid way which slowed him momentarily. He went on to win the heat big, second went to Nichols and the final podium to Brown. 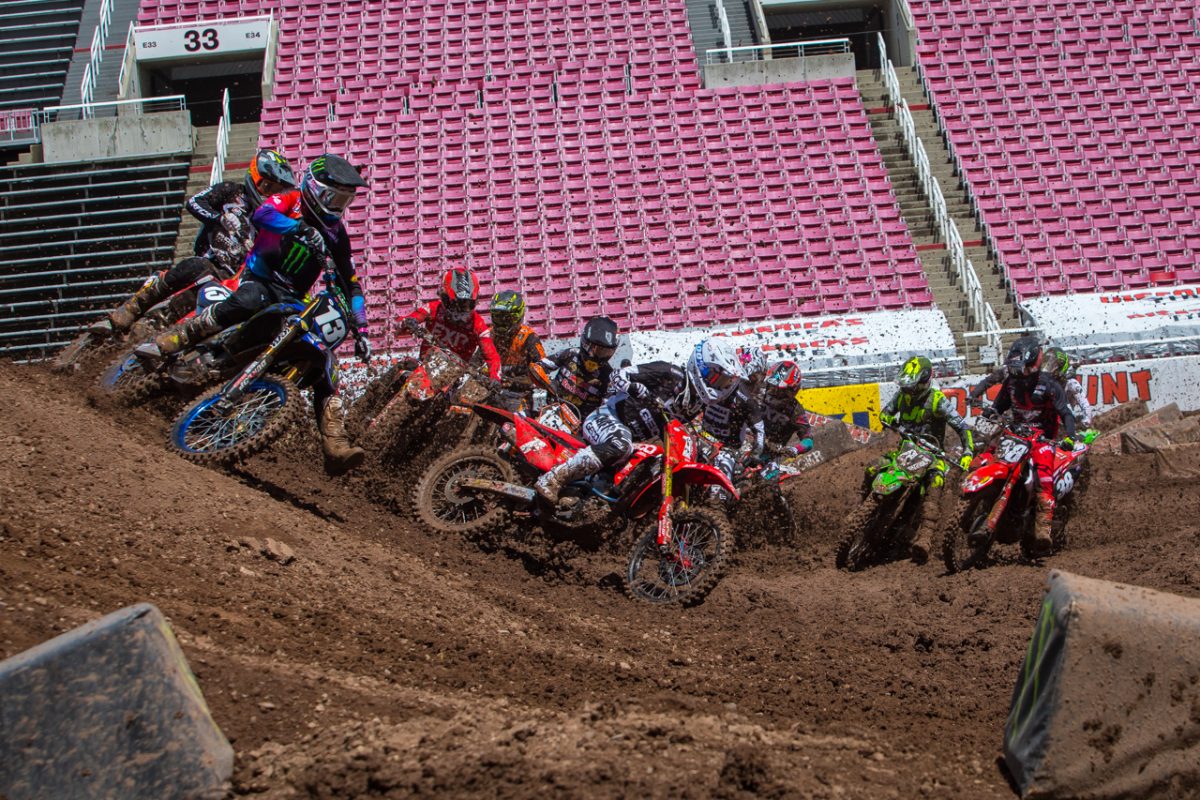 The last race before the break had Sexton hole shot, then hurl himself off the track and then crashed. McElrath has the lead, followed by Shimoda.

The Race gets Red Flagged when Garrett Marchbanks goes down hard. 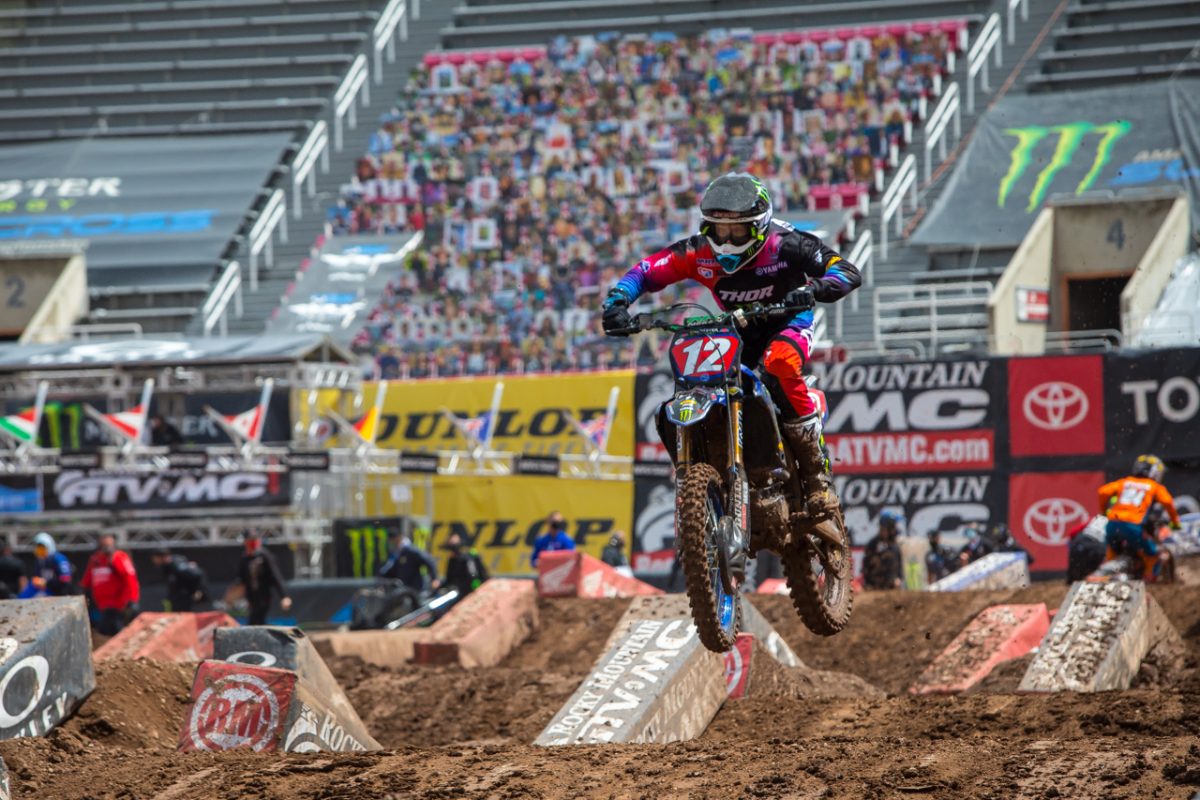 The rain has restarted. This could get ugly.

McElrath hole shots, Sexton tucks right behind him. Track is lubricated, but is holding up. McElrath and Sexton are boxing hard, as the rain continues- they’re stretching it out big time. Swoll is in third, Nichols is in fourth.  The two leaders have a 14-second lead, then McElrath slides out.  Sexton stretches it into a 16-second lead. Nichols is third, Pierce Brown is fourth.

Chase Sexton takes a huge win (and a lucky one!), McElrath gets hosed, but comes home in second and Colt Nichols takes home the final podium slot.