This Supercross season was been a strange ride all the way to the finale, the seventh Salt Lake City SX round.  In the 250SX classes its a showdown format where Chase Sexton holds a six point lead over Shane McElrath  in the 250 East which for him translates into a third place finish or above will cinch the title for the Geico Honda Pilot.

In the 250 West Austin Forkner trails Dylan Ferrandis by seven points, so a third or better will give Dylan the title. The showdown format always makes a tight title race a bit of a crap shoot, as a bad start and meatier lineup could make passing a tougher proposition. 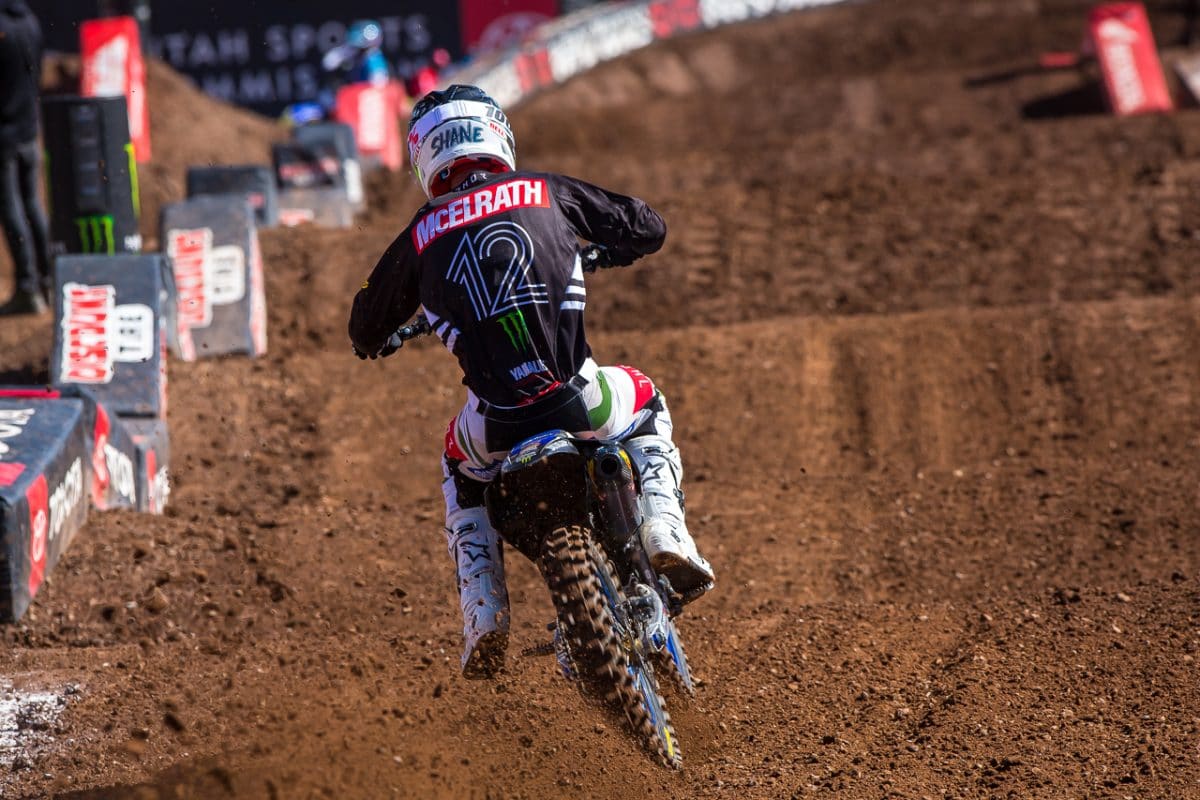 The final west qualifying was bizarre as Shane McElrath suffered a nasty crash on the opening lap. He took a footage to the gut and slapped his head pretty harshly. Shane ended up putting in a decent time, a few clicks off of Chase Sexton.