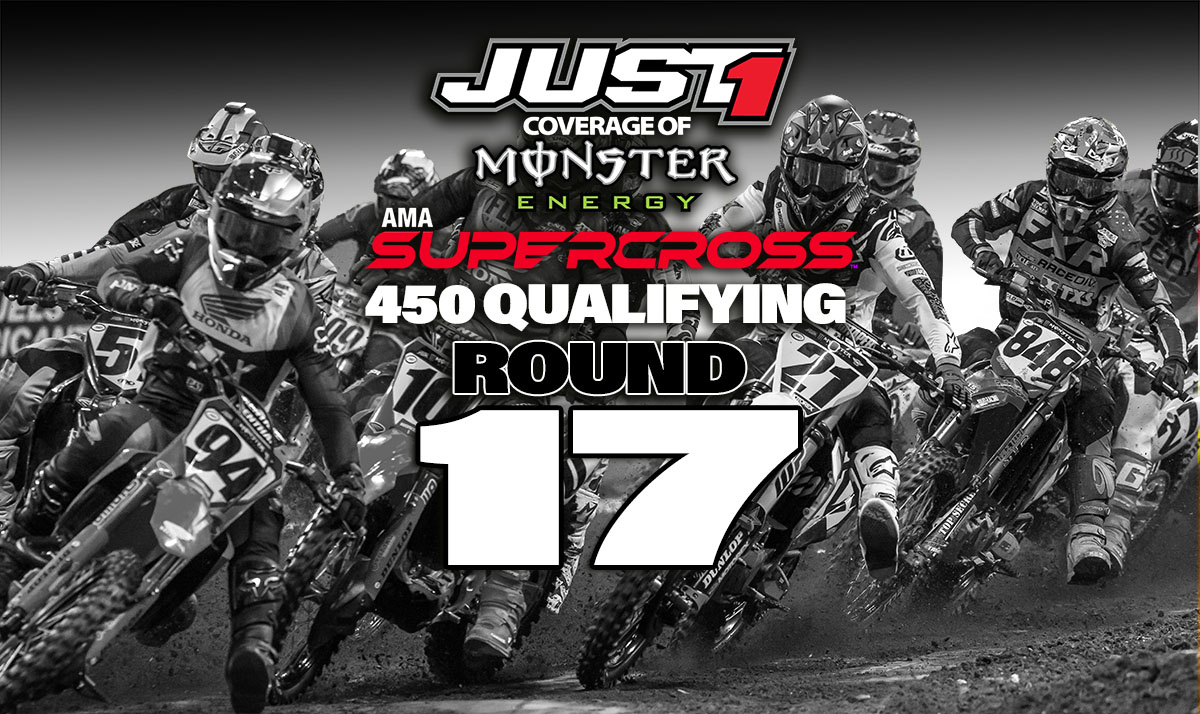 The last round of the 2020 Supercross season comes down to the seventh round held at Rice-Eccles stadium in Salt Lake City. Eli Tomac and his Monster Energy Kawasaki have a near impossible points gap to bridge, with Cooper Webb the only rider in the field who has a chance to overtake Tomac. If Cooper takes the win Eli has to finish 19th or better to clinch it. By the way, Eli’s worse finish this season is a seventh and if Cooper fails to win the main, Mr. Tomac will clinch his first 450 SX title just qualifying for the main event!

Tickle get the start, Webb is back in fifth. Davalos is battling with Tickle, and makes the pass stick. Jason Anderson moves in third, followed by Webb. Cooper goes by Tickle in the whoops and sets his sights on Davalos while Jason Anderson has moved into the lead. Dean Wilson and Plessinger battle for sixth. Webb passed Davalos and moved into second place on the final lap.