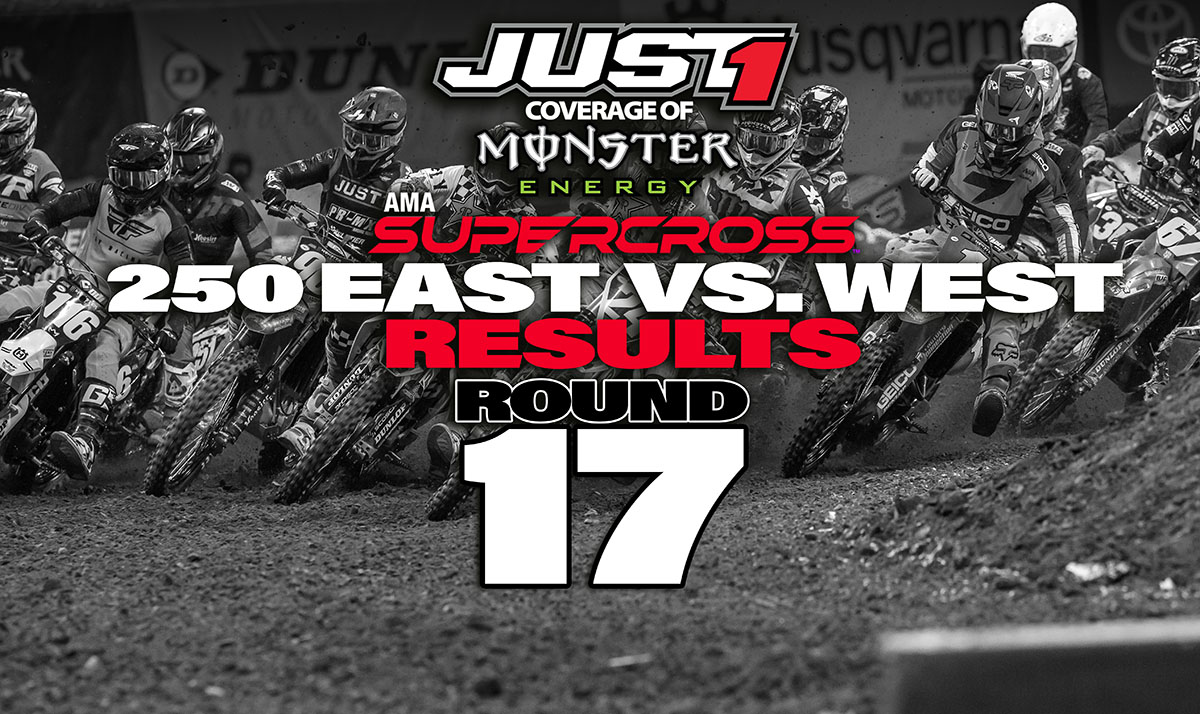 McElrath gates nearly perfectly again. Jett Lawrence grabs the start, Sexton and Ferrandis is fourth.  Forkner is out after the horrible crash on the first main start which was red flagged. Jett continues to lead, McElrath, Sexton, Mcadoo and then Ferrandis follow. Jett and McElrath battle while Sexton flies into the lead.  McElrath and Sexton are playing weird games out in front. Sexton starts to yank a lead, Jett goes down and Ferrandis moved into fourth.  Dylan tosses it away, but only loses one spot. Sexton and McElrath are way out in front, but it looks like Chase has this under control. Ferrandis is 13 seconds back in fourth place and looks like it will be an easy championship for the second straight year when his main competition crashed out.

Both Dylan Ferrandis and Chase Sexton win back to back championships in their respective series. Congrats! 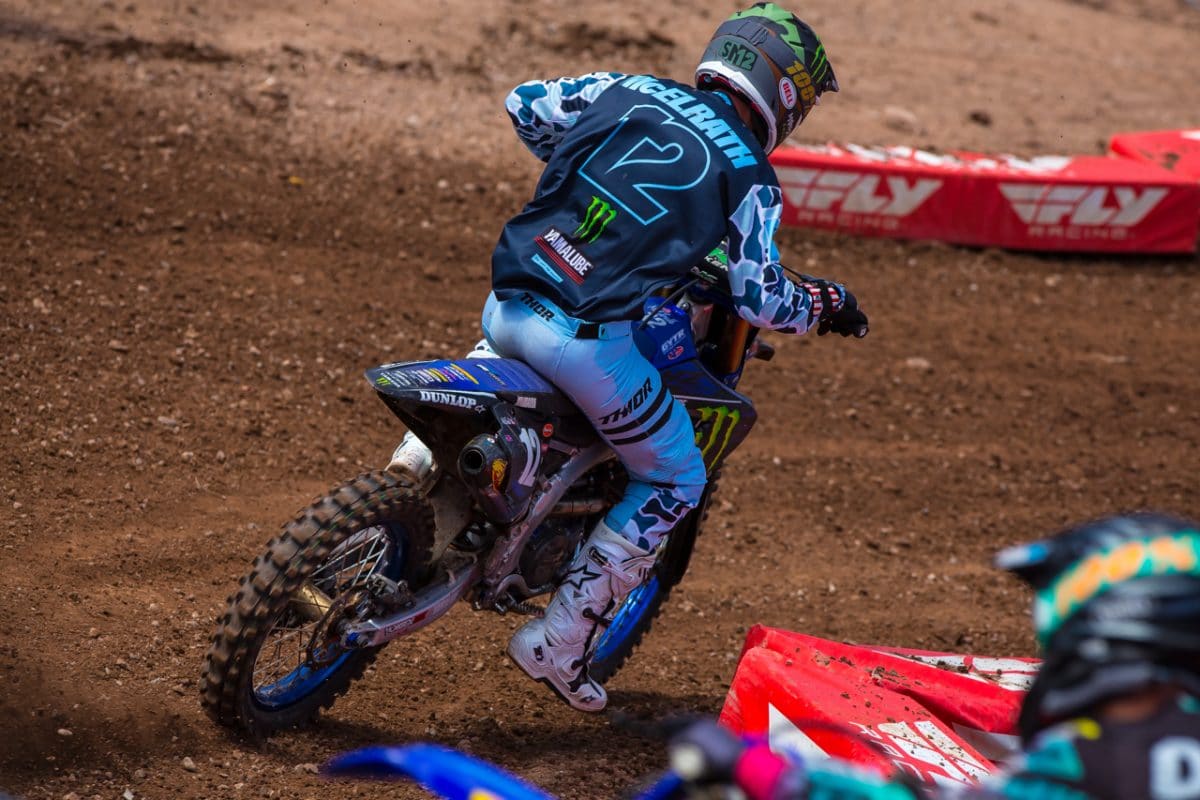 Colt Nichols grabs the start of the 250 east heat followed by his teammate Shane McElrath. Chase Sexton got a miserable start. Sexton easily moved up to transfer. McElrath moved into the lead, followed by Nichols, Pierce Brown and Sexton. Chase pulled a triple into the combo jump and moved into third place. Sexton is the fastest guy on the track and caught the lead duo. Sexton and Nichols crash horribly on the last lap when Nichols went to protect his line after a combo jump. Chase qualified, as did Nichols.

Oldenburg grabbed hole shot, Ferrandis goes down and has trouble getting restarted. Forkner sits in fifth place. Hartranft was the one who took out Dylan. Justin Cooper takes the lead, Christian Craig is second, The Lawrence brothers are in ninth and eleventh.  Mosiman moves into third, followed by Forkner. Forkner takes out Mosiman who had joined the battle. Ferrandis missing qualifying by one position!

It’s all or nothing for Dylan Ferrandis as he has to get through this in a qualifying position to have a chance to win another SX title. Ferrandis grabs the hole shot, Hartranft is second, Martin is third on his JGR Suzuki. Hunter Lawrence got a miserable start has moved into sixth with a few laps left. Only the top four make it to the main. Ferrandis wins and is in the main!