SALT LAKE CITY 5: FORKNER VS FERRANDIS, ONE ON ONE 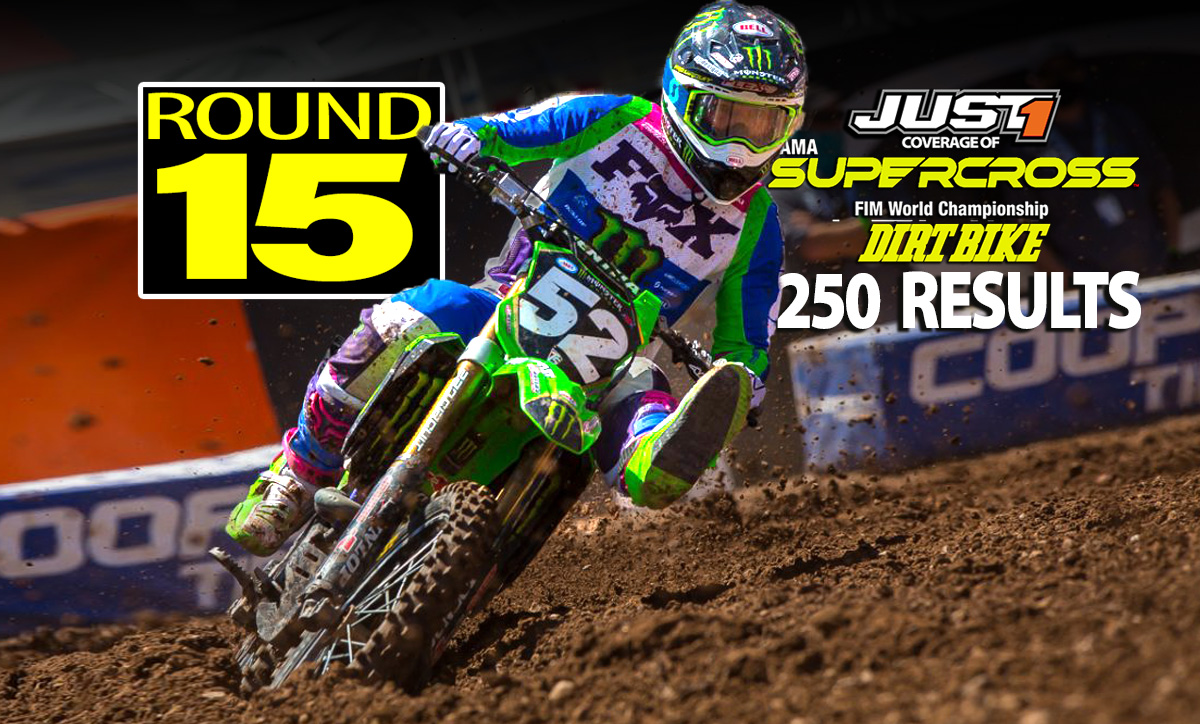 Dylan Ferrandis, Austin Forkner and Justin Cooper lined up for a continuation of their on-going battle in the 250 West class at Salt Lake City. It was their second consecutive race at the venue that has been the home of Monster Energy Supercross since the end of May. Last Wednesday we saw Forkner win, but Ferrandis still managed to extend his points lead. It’s still somewhat precarious, with only 11 points separating the top three riders. For more coverage of the 2020 Monster Energy Supercross season, click here.

Justin Cooper led the entire race in heat one.  Austin Forkner and Jett Lawrence tangled on the first lap and had to come through the pack.  Alex Martin ended up in second ahead of Jett’s bother Hunter Lawrence. Forkner caught up to fourth head of Luke Clout. Jett got up to sixth ahead of Robbie Wageman, Martin Castelo and Killian Auberson.

Dylan Ferrandis got out front early, but went down, handing the lead to Derek Drake. Christian Craig and Cameron McAdoo followed Drake for most of the race. Both of them managed to push Drake back in the later laps, while Ferrandis worked his way up to seventh.

Dylan Ferrandis made the best of a poor gate pick, getting the holeshot from the outside. Christian Craig quickly got into second with Hunter Lawrence third. Hunter made a mistake on the third lap, dropping back to sixth. Austin Forkner, in the meantime, cut his way up to third and started pushing Craig. Five laps into the race, Forkner moved into second and started closing in on Ferrandis. That set up a  battle that saw the two of them gap the rest of the field. By the halfway point, Jett Lawrence had recovered from a poor start and caught brother Hunter. They both passed Craig when he went down and right afterward, Jett passed Hunter for fifth. Up front, Forkner continued to hound Ferrandis  until he finally made an aggressive pass, knocking Ferrandis off the track. In the remaining five laps, Ferrandis made up a little ground, but it wouldn’t be enough to make a serious challenge.  In those laps, an epic battle for third erupted between Michael Mosiman, Jett Lawrence and Camercon McAdoo. Jett came out on top, earning his first podium ahead of McAdoo and Mosiman.