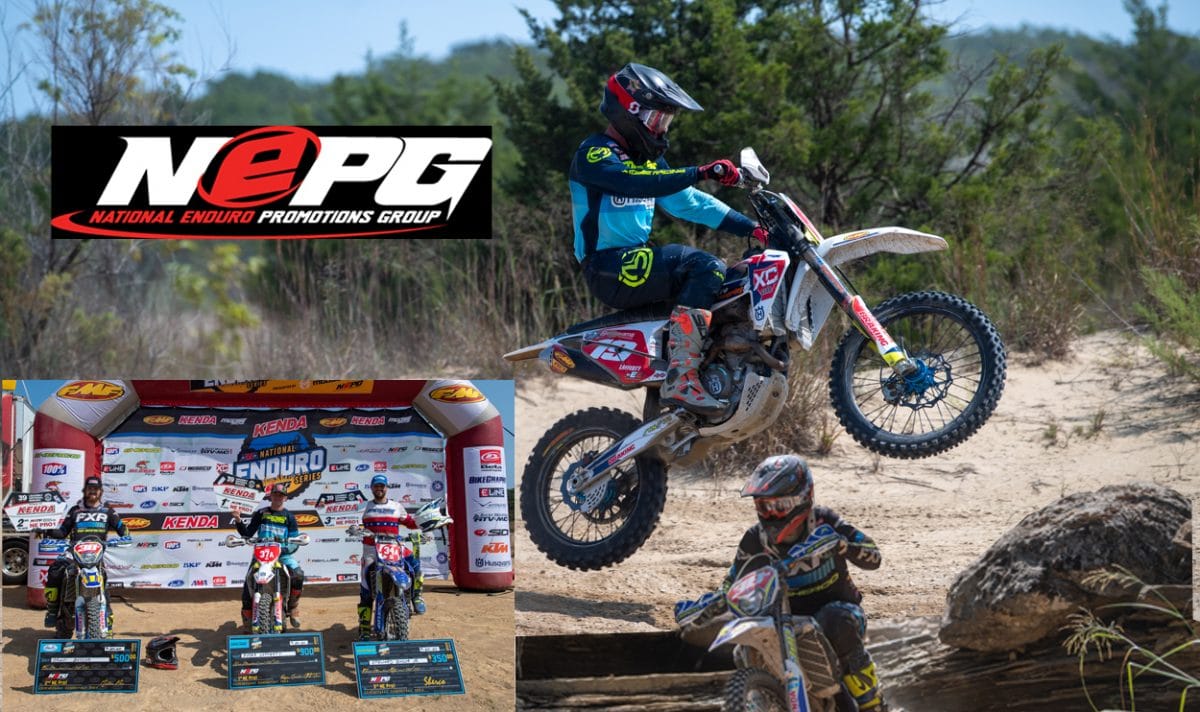 After 47-miles of racing over six tests, Lafferty edged FactoryONE Sherco’s Grant Baylor by a mere .662-seconds, while four-time National Enduro Champion Steward Baylor rounded out the podium another .280 seconds behind, making for the closest 1-2-3 finish in AMA National Enduro history. Lafferty’s .662-second winning margin was also the closest 1-2 finish in the history of the series.

Lafferty, Grant and Steward, who was riding with the help of Am-Pro Yamaha for the Missouri event, each took turns leading the event, with Grant taking the first test win, Steward winning the second and Lafferty winning the third. After Steward and Grant traded wins in tests four and five, Lafferty entered the sixth and final test with a seven-second cushion over Grant, while Steward prepared to make his usual “hero’s run” in the final test to claim the win. Steward has typically won the “waterfall” test at the Lead Belt Enduro each time he has raced it, and this year was no different.

Steward did indeed win the final test, but came up just short in the final standings, as Lafferty held on for the win, despite crashing near the bottom of the waterfall.

Lafferty’s victory was his first Pro-class win and it comes in his “rookie” season in the class. With his runner-up finish, Grant Baylor moved into a two-way tie with FMF/KTM’s Josh Toth for the lead in the series standings, each with 133 points. Toth turned in a heroic ride to claim fourth, despite a suspected broken finger and badly bruised hand suffered in test four. Toth started the event on a sore leg, which he injured in a practice crash two weeks before.

Rachel Gutish made short work of the Women’s Elite class by winning all five tests. The Beta USA rider has made great strides during the past few races.