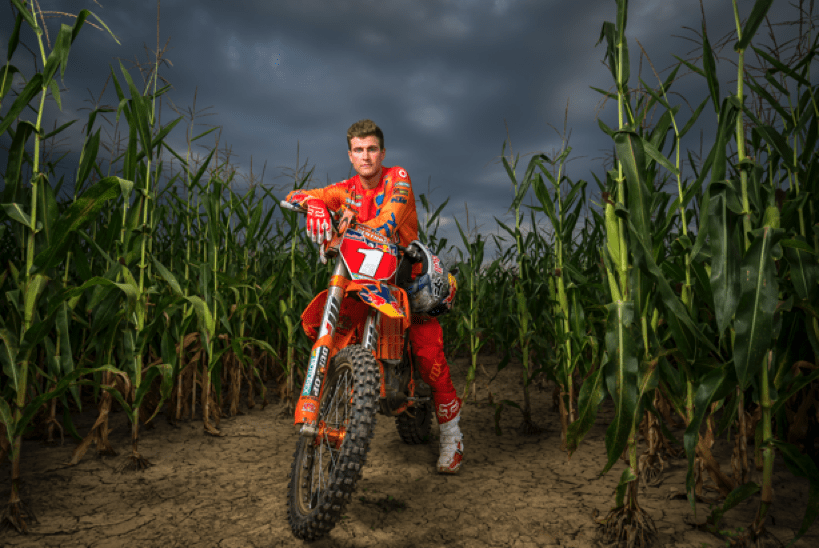 The Motocross Superstar Presents “Homegrown,” a Project That Pays Homage to The Hardy People and Cornfield-laden Land That Raised Him.

Earlier this year one of the most accomplished motocross rider in the world, Ryan Dungey, shocked the world by announcing his retirement in the peak of his career. Although the seven-time AMA champion walked away from competing, that doesn’t mean he’s going out quietly. In a testament to the industriousness of the community and driven disposition of those from the American Midwest, Dungey delivers “Homegrown”, the definitive statement to his career that reflects his personal mantra of believing in commitment, hard work, and sacrifice. The video captures the Minnesota native as he showcases his incredibly fast riding in a one-of-a-kind 10-acre cornfield-turned-motocross track with the same mentality he was raised on – put in the work, see results. While the track itself may bewilder some, it symbolizes the region that Ryan calls home and the effort that was put into his career.

From humble beginnings, but from a family of dedicated and passionate motorsports enthusiasts, this “simple” Minnesota boy went on to rise to the top of his sport, achieving 80 total wins, 12 Championships and winning ESPY’s for Best Male Action Sports Athlete in both 2015 and 2016. Despite his accomplishments, Dungey has managed to stay grounded and become an icon to the sport, never forgetting where he came from.

“Even if you’re a simple kid from a small town in Minnesota, just like me, if you dream big, work hard, and believe in yourself, big things can come your way.”

As with agriculture and the spirit in which America was built, Dungey’s “Homegrown” represents solid core values and commitment to a cause. Join us as we celebrate the motocross superstar’s last rip around the track and experience first-hand the adrenaline, the fuel, and the lifelong pursuit of greatness.