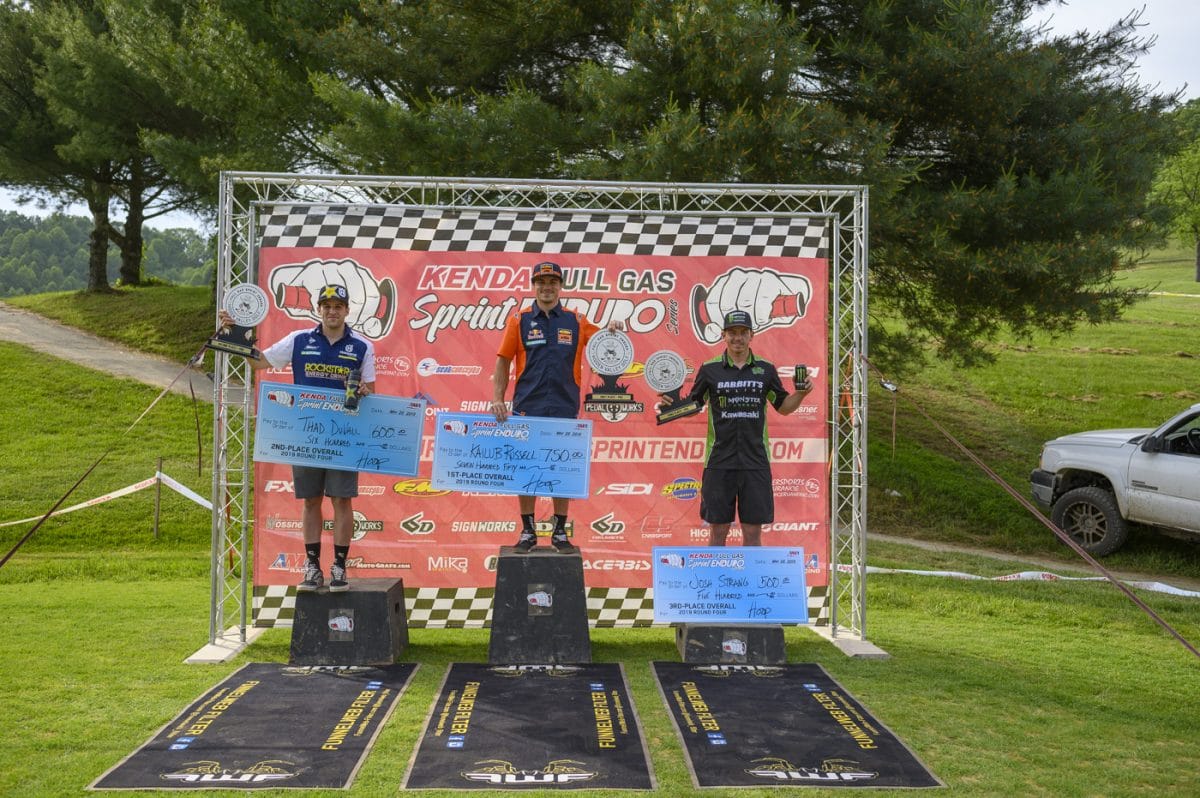 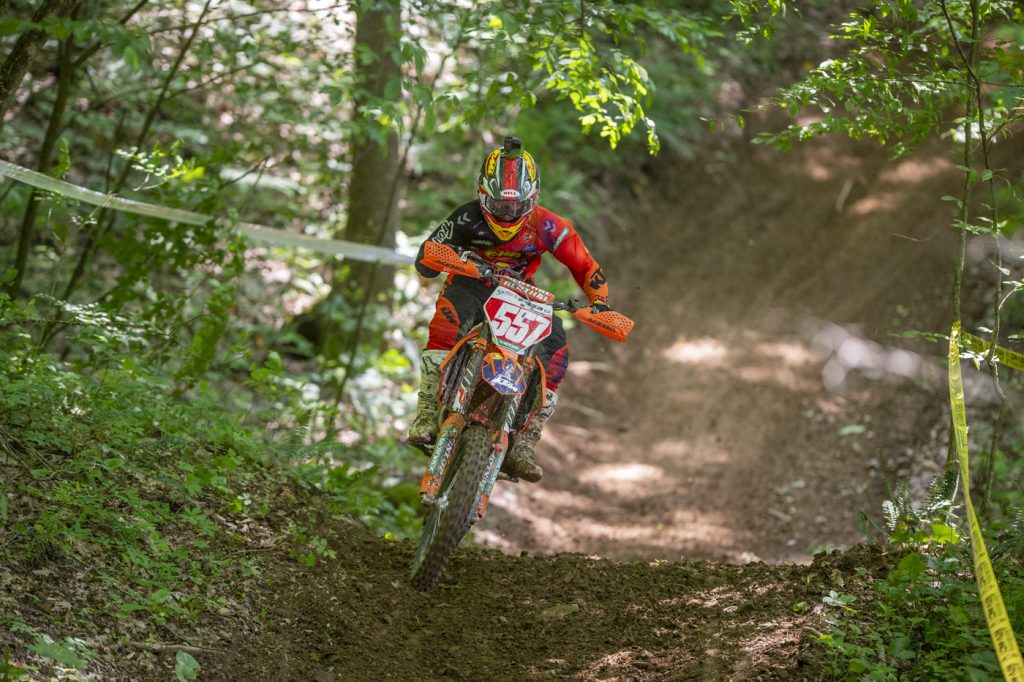 Kailub Russell relied on consistency and determination to win round four of the Kenda Full Gas Sprint Enduro Series at the Hidden Valley Golf Course in Glen Daniel, West Virginia. Despite winning just two of the 12 tests, the FMF/KTM Factory rider claimed the overall victory by 3.115 seconds over Rockstar Energy Husqvarna’s Thad Duvall after spending most of the two-day event in the top three.

Over 400 riders took advantage of the opportunity to ride on the beautiful fairways of the Hidden Valley Golf Course over a gorgeous Memorial Day Weekend and Russell was one of the event’s biggest fans. The race also served as a qualifier for the 2019 ISDE which will be held in Portugal on November 11-16.

Babbitt’s Monster Energy Kawasaki’s Jordan Ashburn got off to a fast start on Saturday, winning the opening test of the day (a Cross test) ahead of Russell, Babbitt’s Monster Energy Kawasaki’s Josh Strang, FMF/KTM’s Josh Toth and Rockstar Energy Husqvarna’s Thad Duvall. Strang apparently took a liking to the Cross test as he won the remaining two, putting him in the mix for the overall. Meanwhile, Toth dominated the Enduro test. The FMF/KTM Factory rider won the first two Enduro tests of the day and was leading the final one when he tangled with a root and went down, dropping the Massachusetts rider back to fourth for that test. At the time, Toth held a four-second lead in Saturday’s overall standings, but his mishap in the final test moved Russell ahead of him for Saturday’s win by .200 second.

On Sunday, Russell found the pace he was looking for and took the opening test (Cross Test) by a full second over Strang, with Duvall in third. Duvall won the second test by four seconds over Russell, with Strang another three seconds back in third. The disparity in Enduro test times was due to the technical nature of the test. Duvall continued the pace and, despite struggling on Saturday, won the remaining two Enduro tests on Sunday, giving him a clean sweep of the test for the day and moving him into first in Sunday’s results ahead of Russell by 14 seconds. Sunday was not a good day for Toth, who dropped to fourth for the day behind Duvall, Russell and Strang. 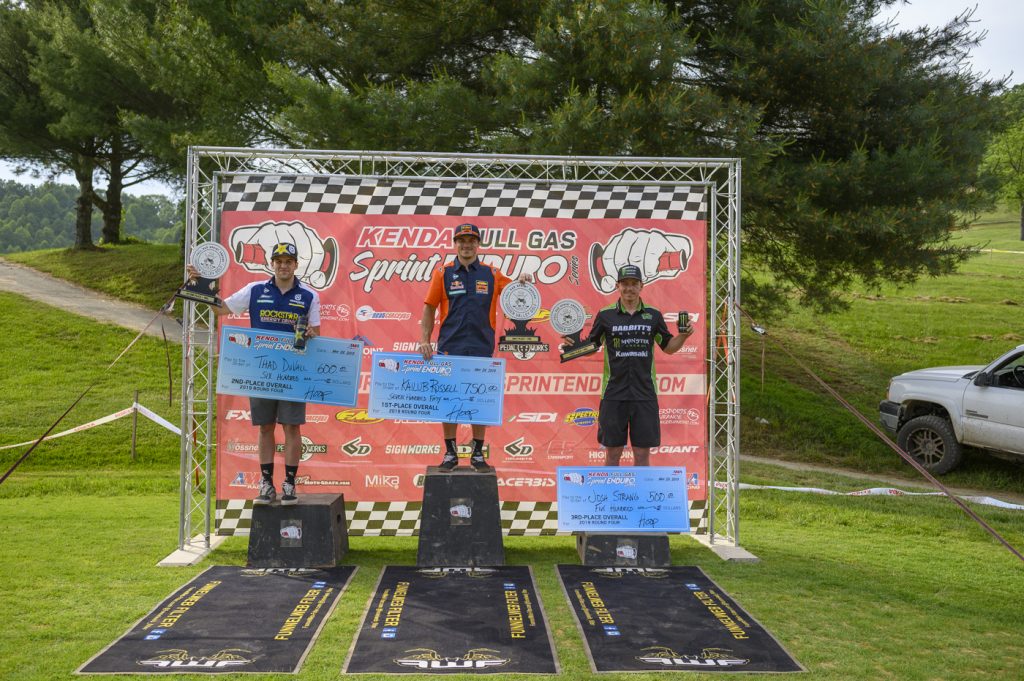 Husqvarna-backed Tayla Jones remained undefeated in the highly competitive Women’s Pro division by taking a two-and-a-half-minute win over MEP MX KTM’s Mackenzie Tricker, with Maxxis/KTM’s Becca Sheets in third. During two days of racing, Jones won every test except for one of the Cross tests en route to the win. Tricker won the one test that Jones failed to win. 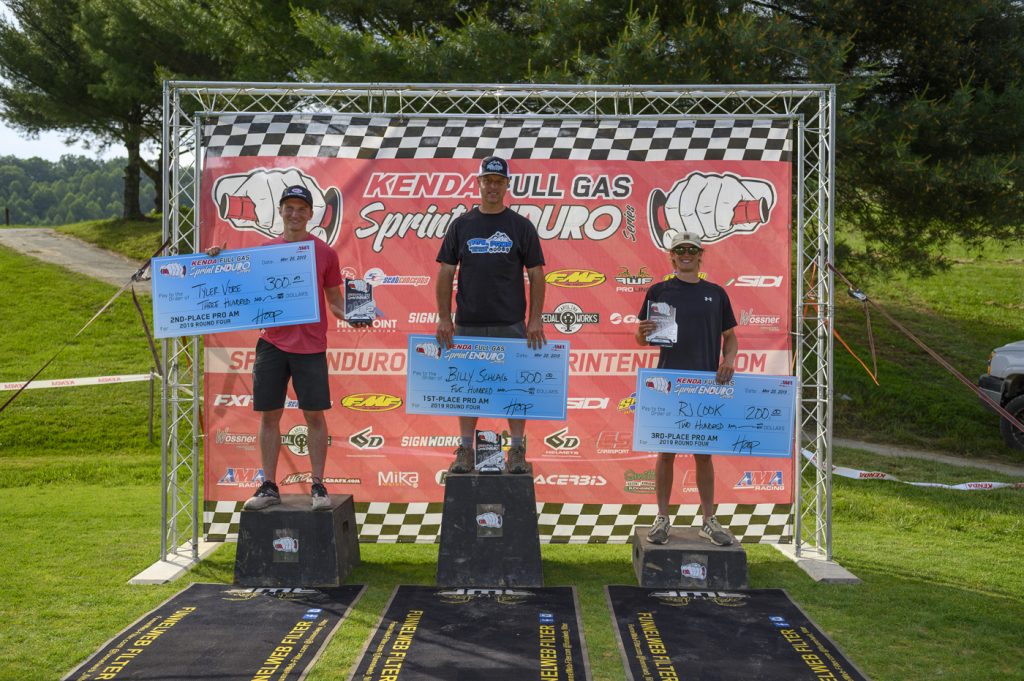 Billy Schlag (KTM) continued an impressive run in the Am-Pro class with a win ahead of Tyler Vore (GG), with JR Cook (KTM) rounding out the podium.

Of the Letter of Intent riders hoping to qualify for this year’s ISDE, Am Pro Yamaha’s Ricky Russell was fastest, posting the quickest overall time on both days. GasGas North America’s Thorn Devlin was second on Saturday with Trail Jesters KTM’s Jesse Ansley in third. Devlin and Ansley swapped positions on Sunday.