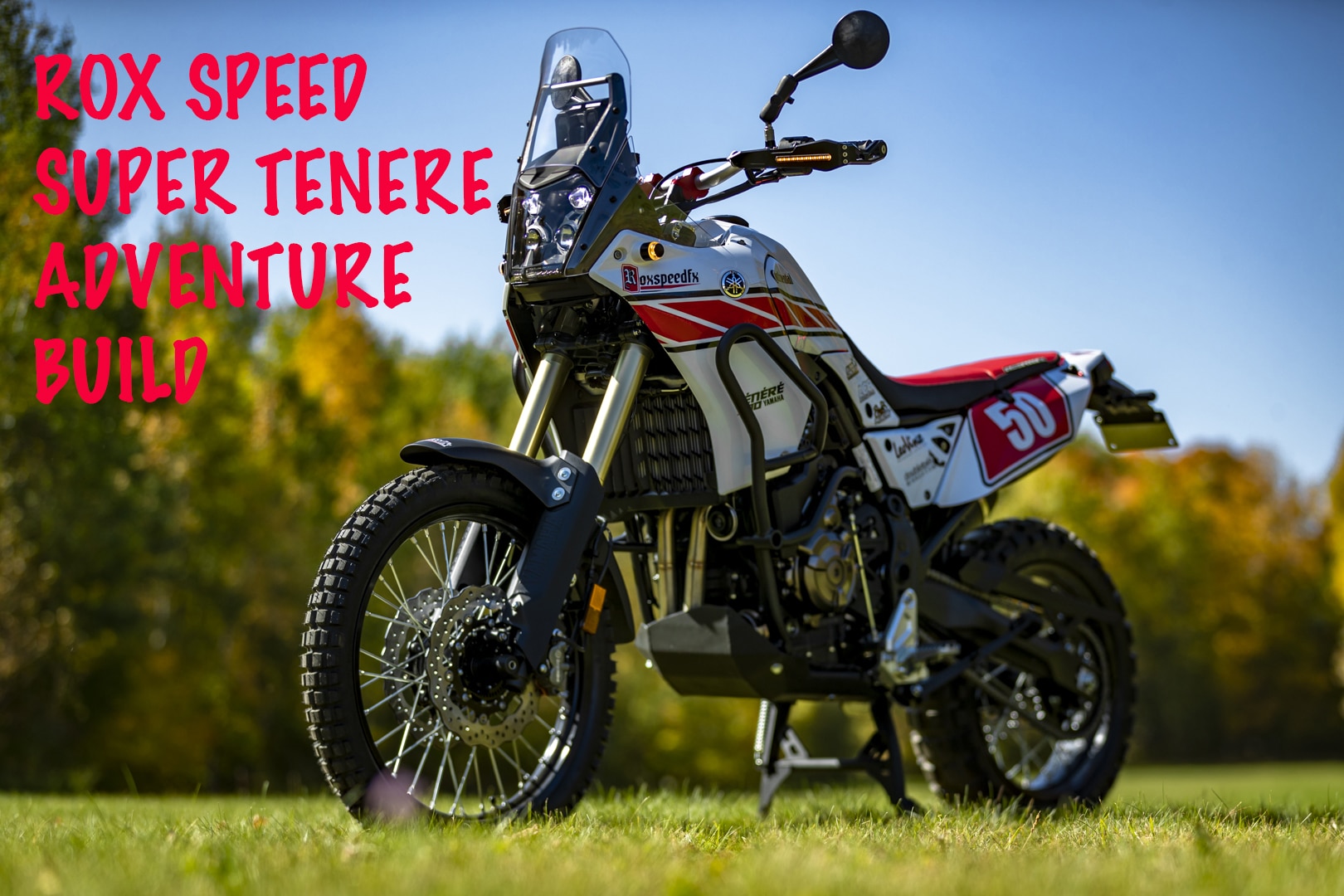 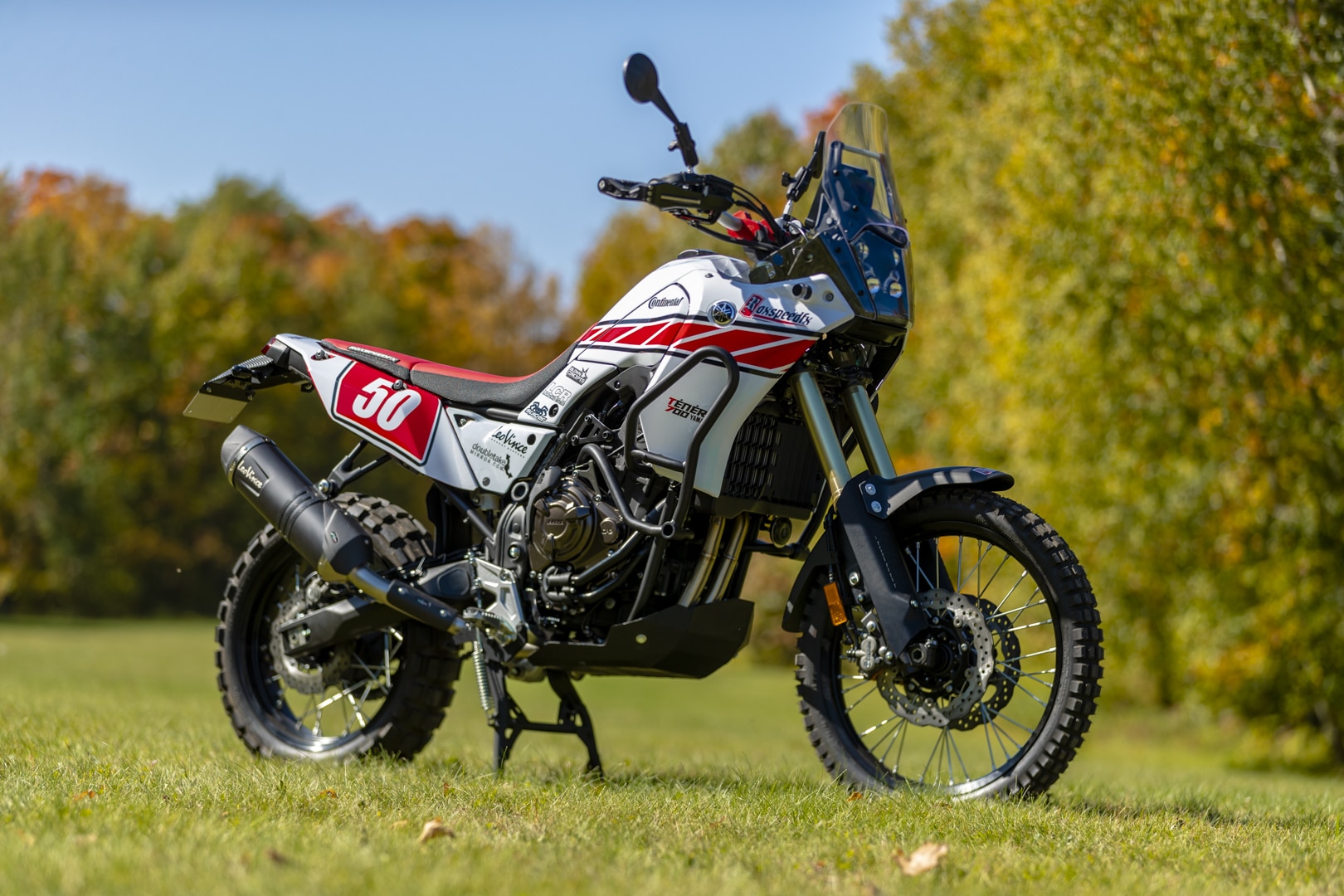 Rox Speed built their reputation in the snowmobile world. This evolved into a passion for Adventure bikes and this build, a 2021 Yamaha Super Tenere came out of the vision of Rox’s owner Chris Olin. Chris has ridden adventure bikes on several continents and choose the 2021 Super Tenere T700 based on his history with a Super Tenere he owned in 2012. 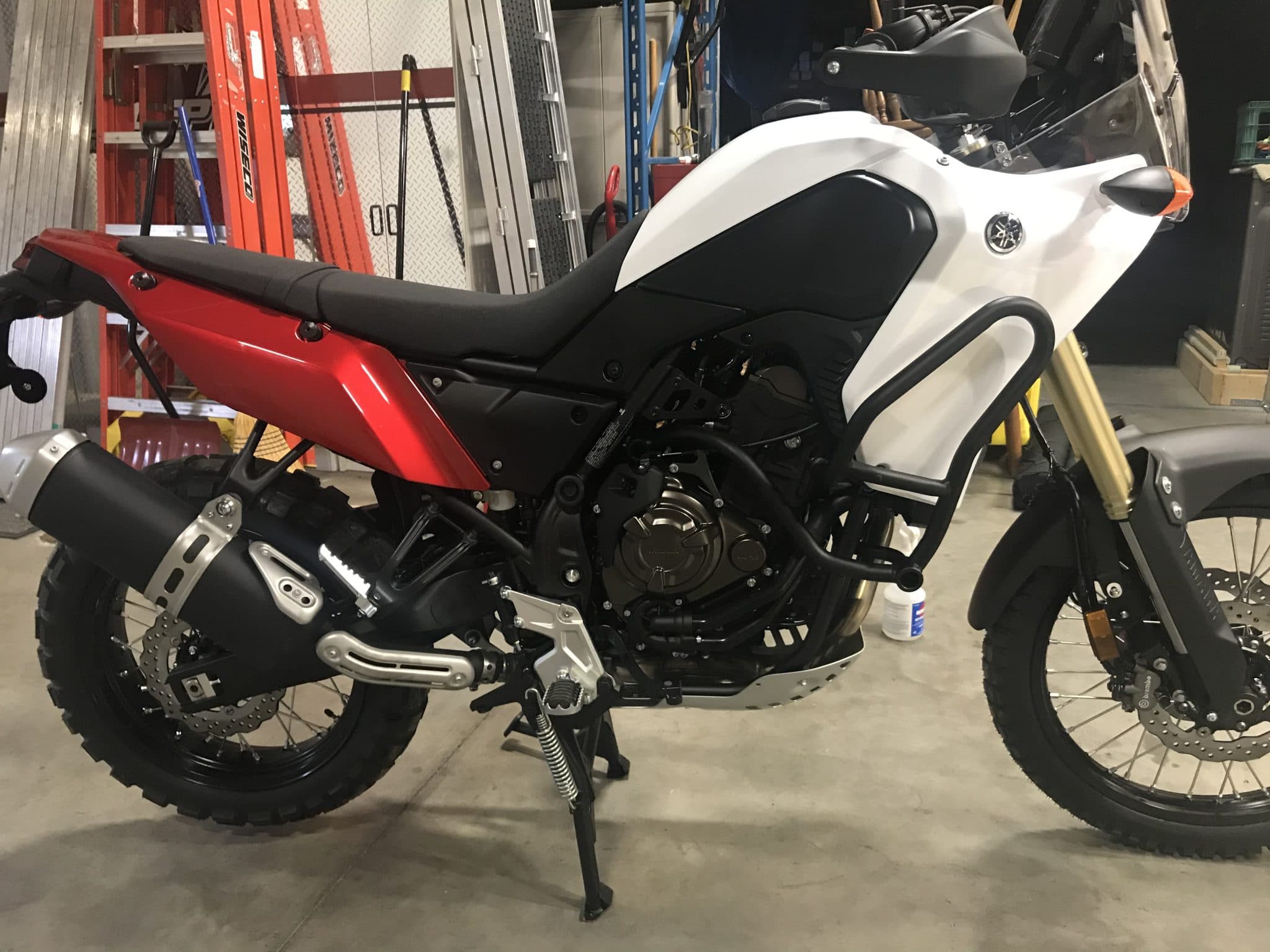 Chris preordered his T7 adding a Yamaha Factory center stand and engine guards. He modified the foot brace on the center stand because it jutted out past the foot pegs and would be a hang-up point when riding through tight areas, terrain with tall grass or underbrush. The modification was made with the help of a cut-off wheel and Tig welder and changed the foot brace position inboard nearly two inches and put it in-line with the forward foot peg. 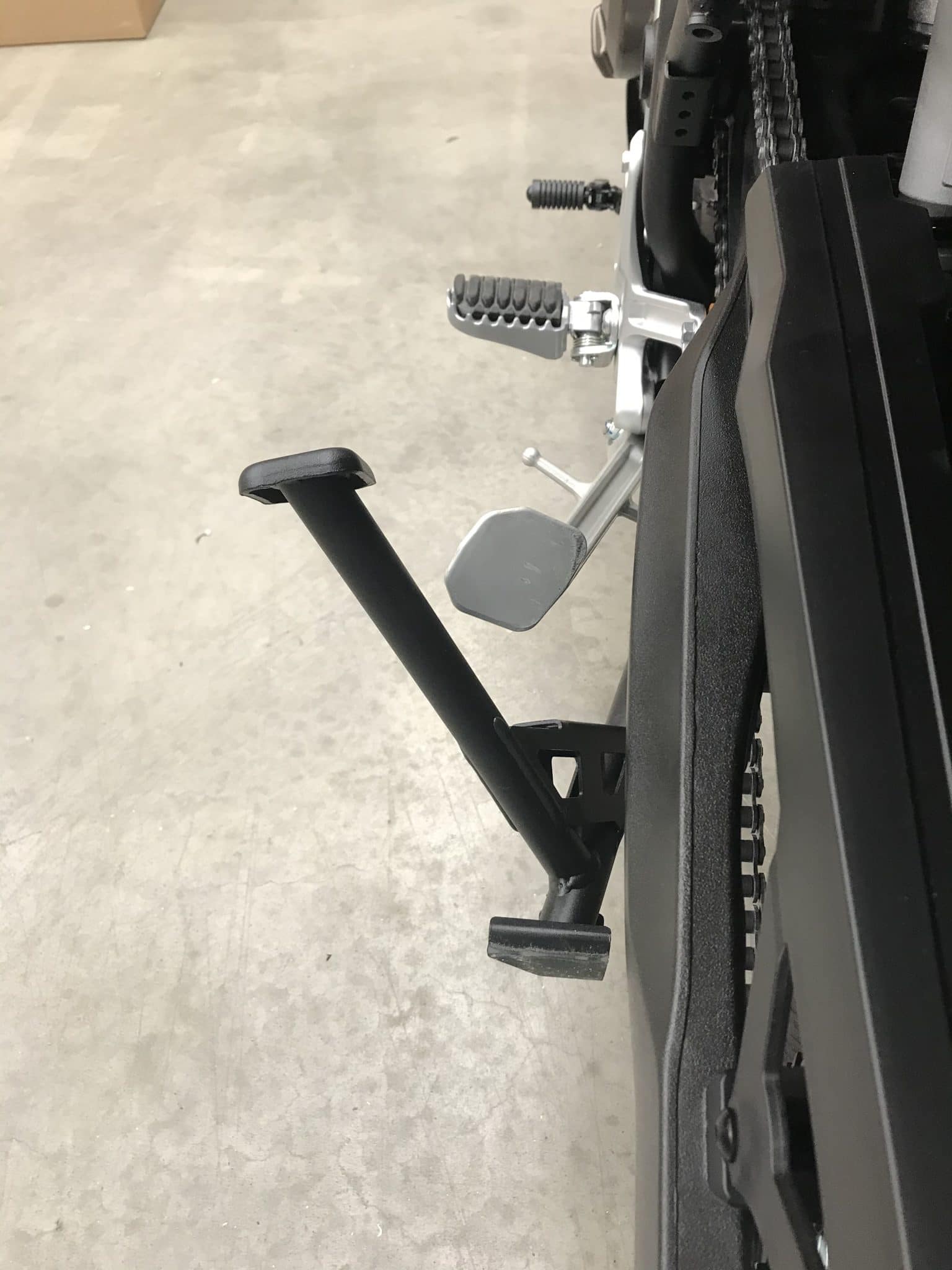 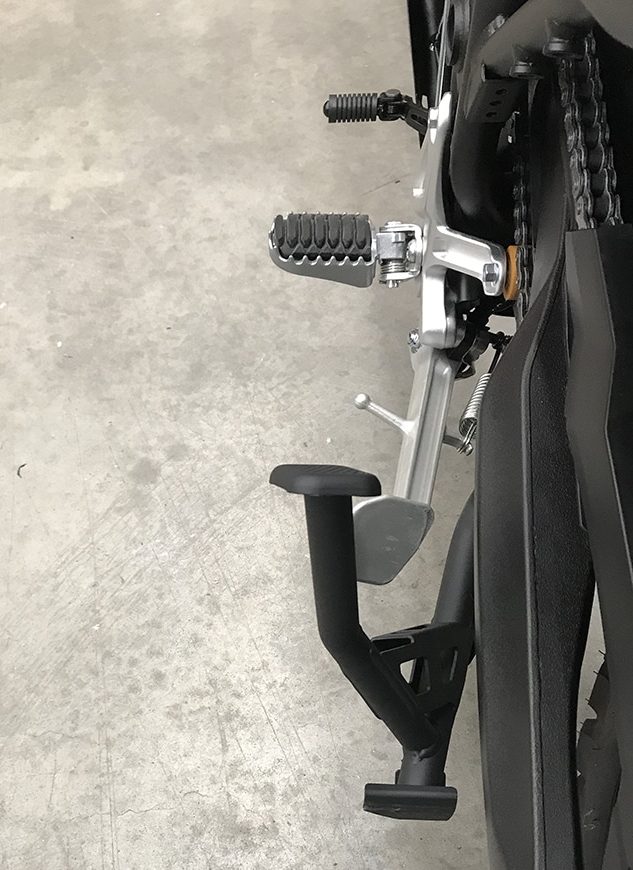 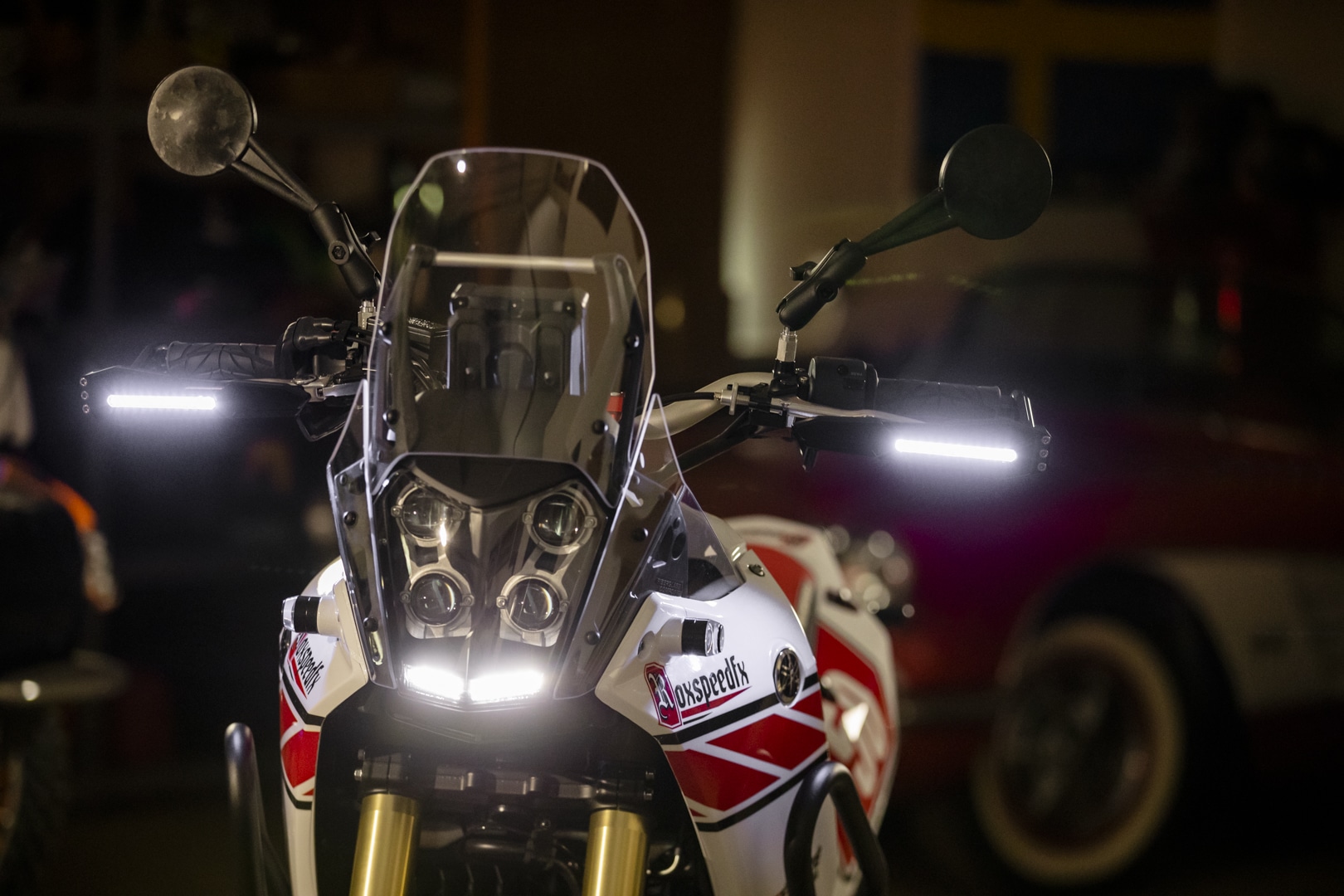 Chris opted to remove the rather large blinker sets (front and back) along with eliminating the rear fender and license plate assembly. In the front, the stock blinkers were replaced with LED bar end strobes from Amazon. He actually bought these for a café project but repurposed them for this build. Rox machined and powder coated their own billet aluminum blinker mounts to match the T7’s blinker perch for a factory look. 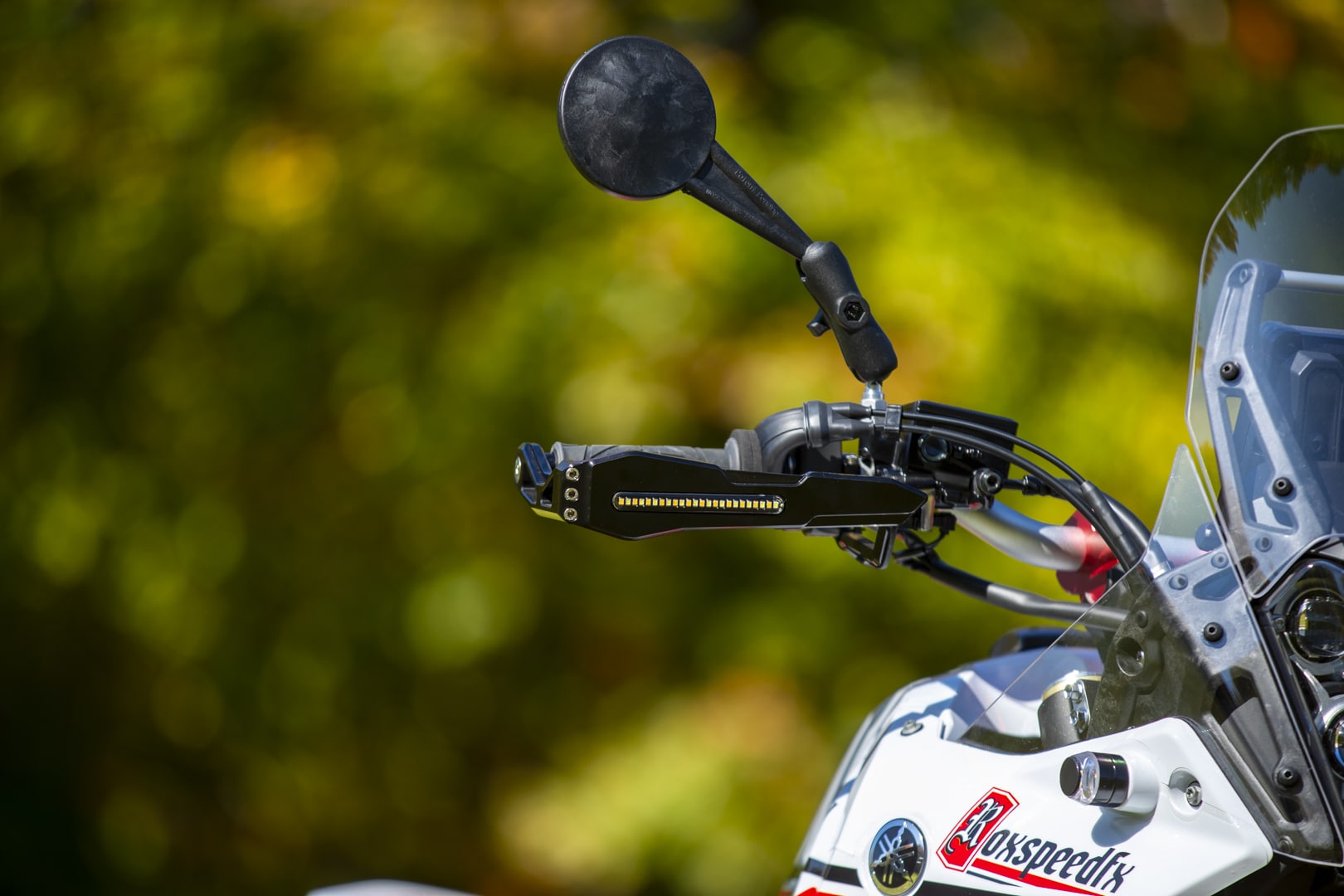 The bar end strobes increase visibility and add visual stimulation when the blinkers are engaged. Rox’s new Skydda billet handguards system with LED blinker and running lights. The system is built to be universal for multiple platforms. Running the wires inside the factory electrical casing insured a clean appearance but is not necessary. 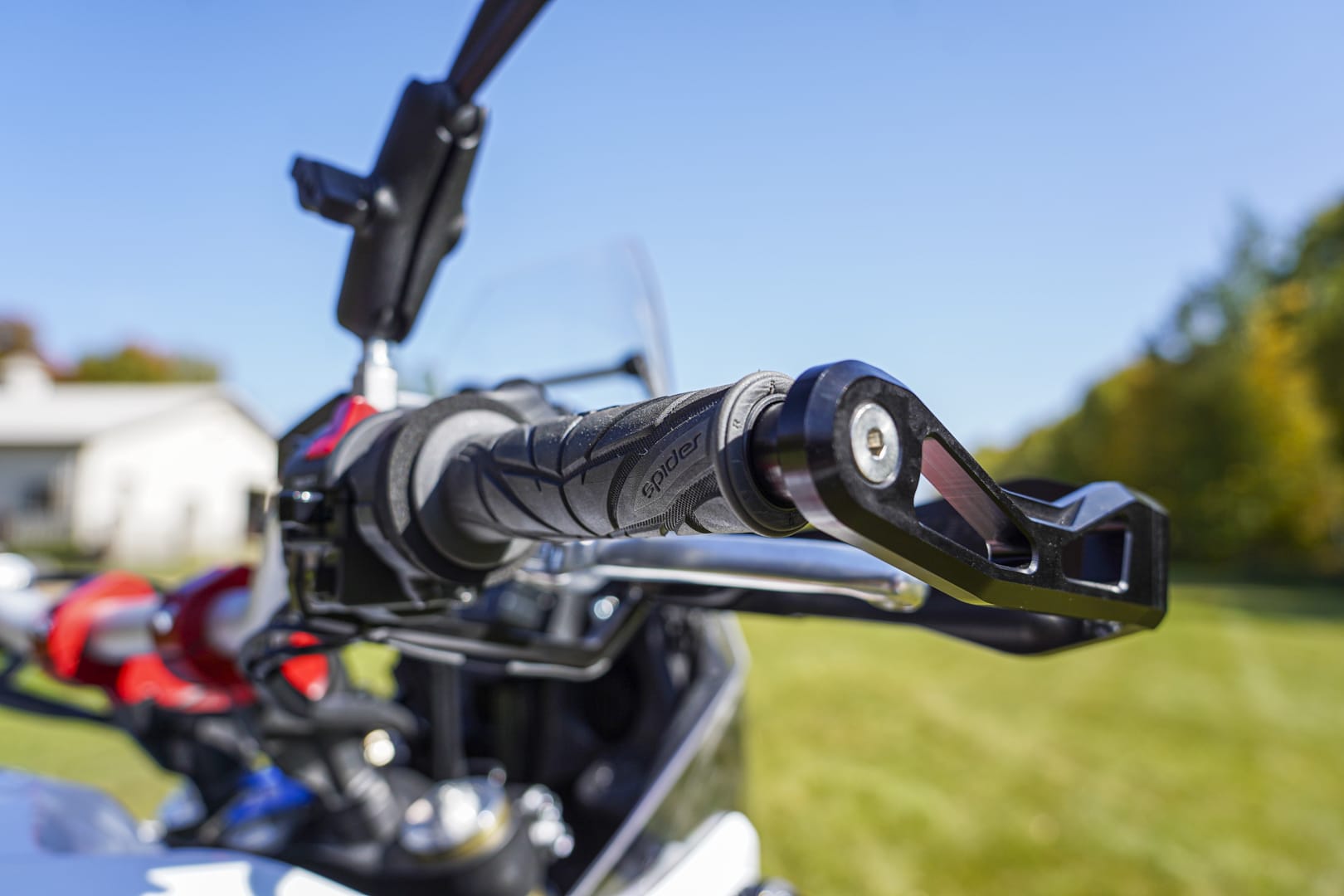 To minimize vibration, and increase grip, Spider Grips ‘Peak’ set replaced the stockers. They are tapered, being thicker on the outside and use a harmonic damper to reduce vibration induced numbness. Because the stock grips are much wider Spider Grip offers spacers to fill the void, though Chris made his own out of neoprene. 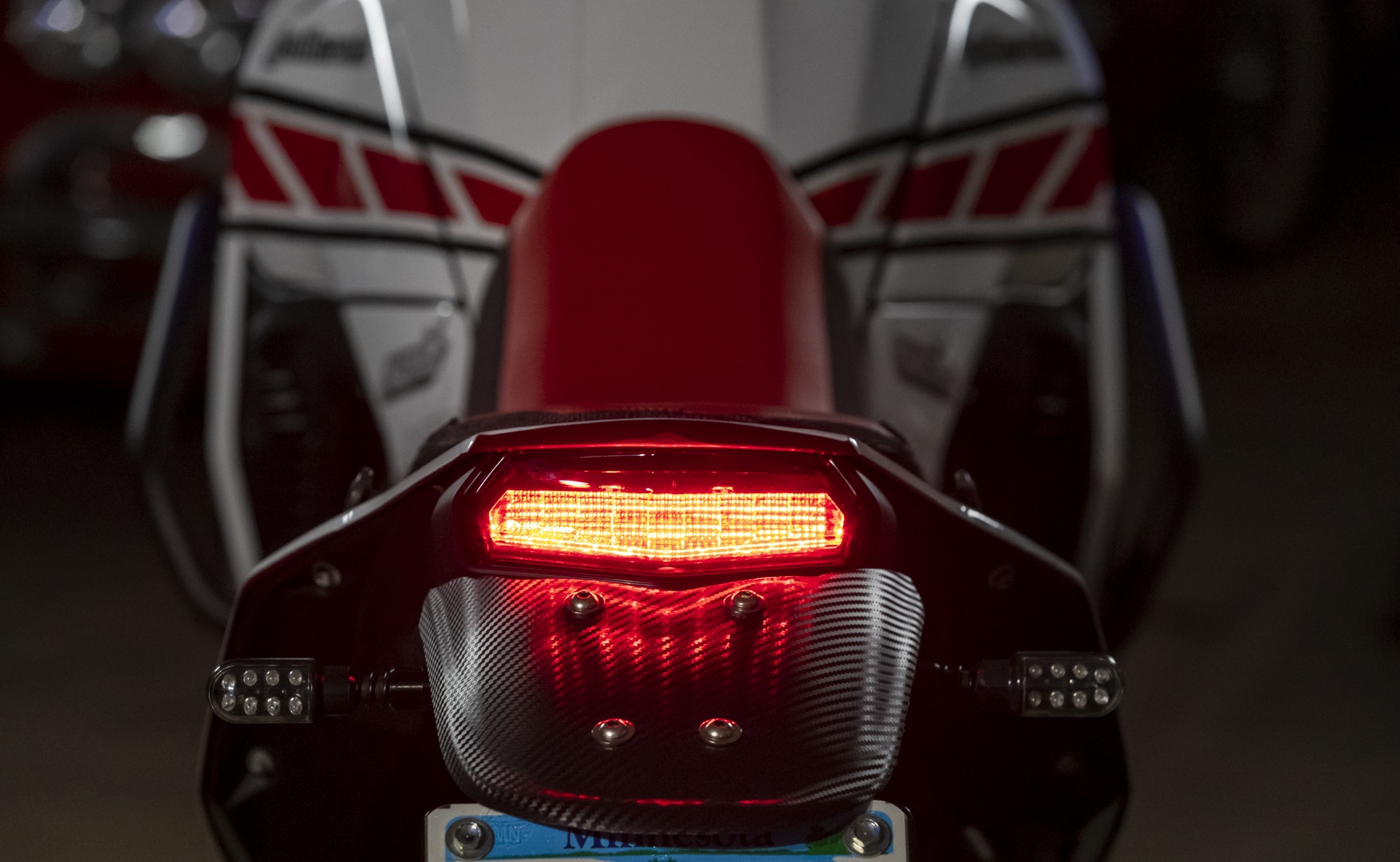 A considerable amount of effort went into fabricating a new rear fender. Chris wanted to remove the bulky stocker and replaced it with an ‘85 YZ250 rear fender. He then traced out the shape of the taillight and broke out the razor wheel again and started trimming. This was finished with a carbon fiber wrap to match the Leo Vince LV ONE EVO Black edition exhaust system. A new license plate holder and bracket for the Extreme Dual Sport LED blinker set was fabricated. This was accomplished with cardboard templating and built out of 5052 aluminum. Chris was very happy with how nice this modification changed the look of the T7 from metro to moto! 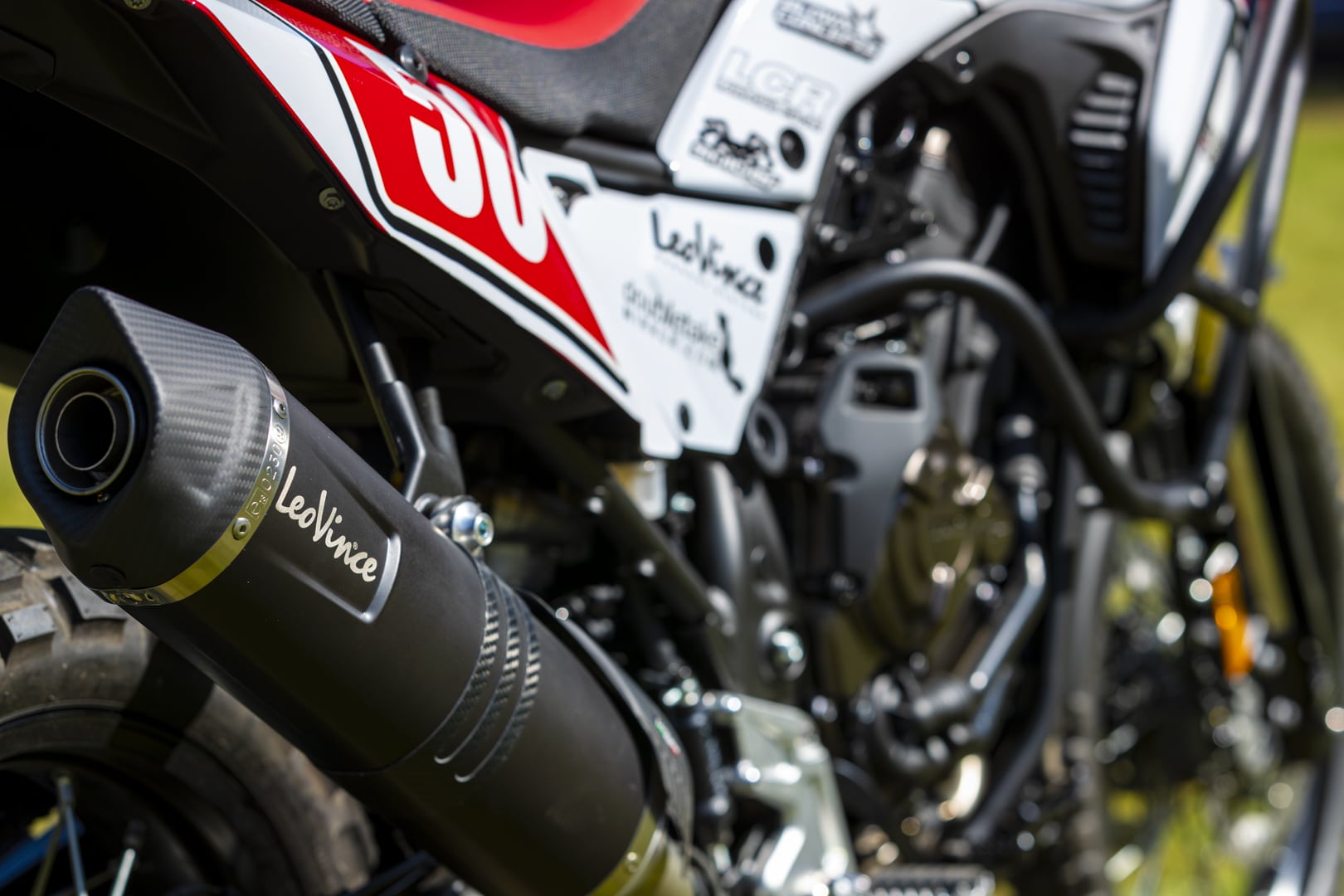 The Leo Vince LV One Evo Black Edition exhaust system provided an immediate power gain in the lower rpm range plus gave Chris the look, and exhaust note that he was looking for. He called the sound of a parallel twin humming through a Leo Vince Exhaust nothing short of a symphony of pistons. 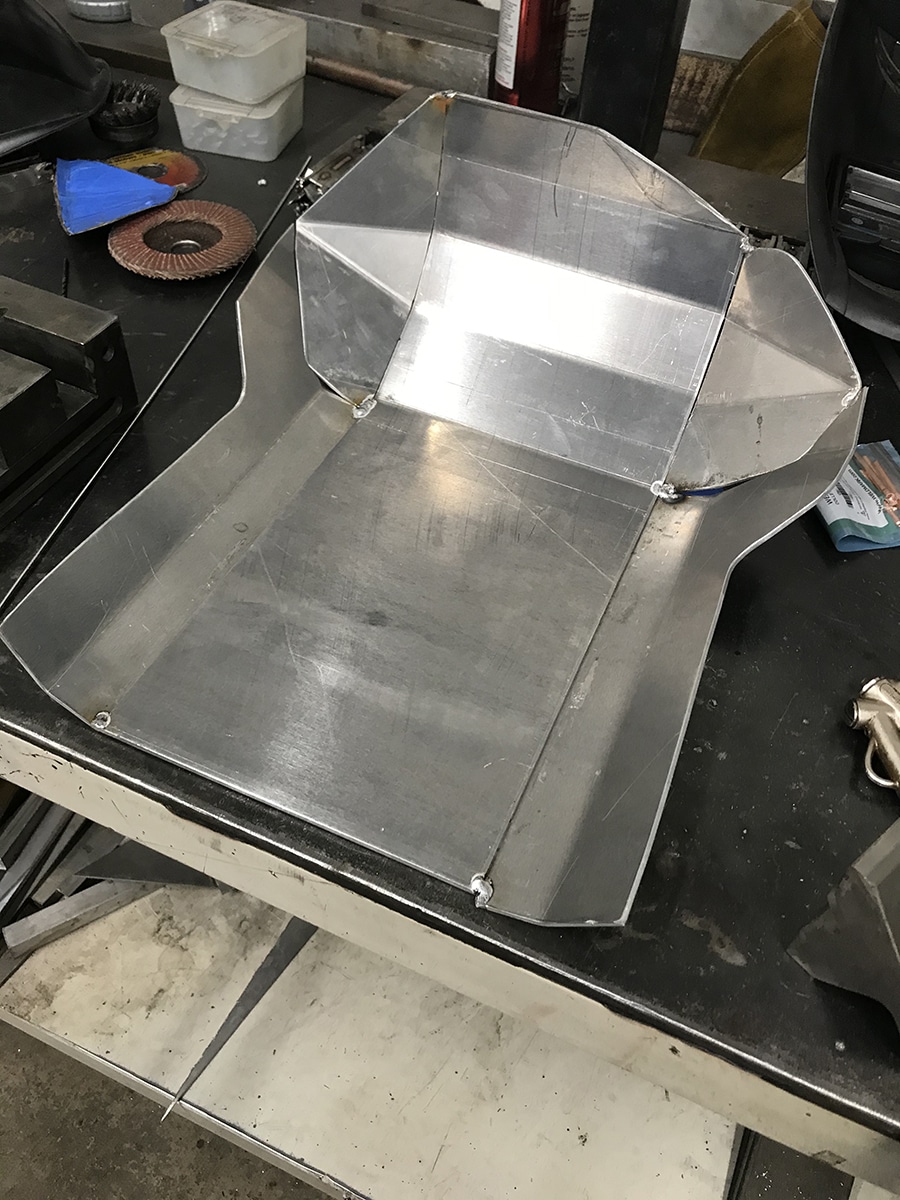 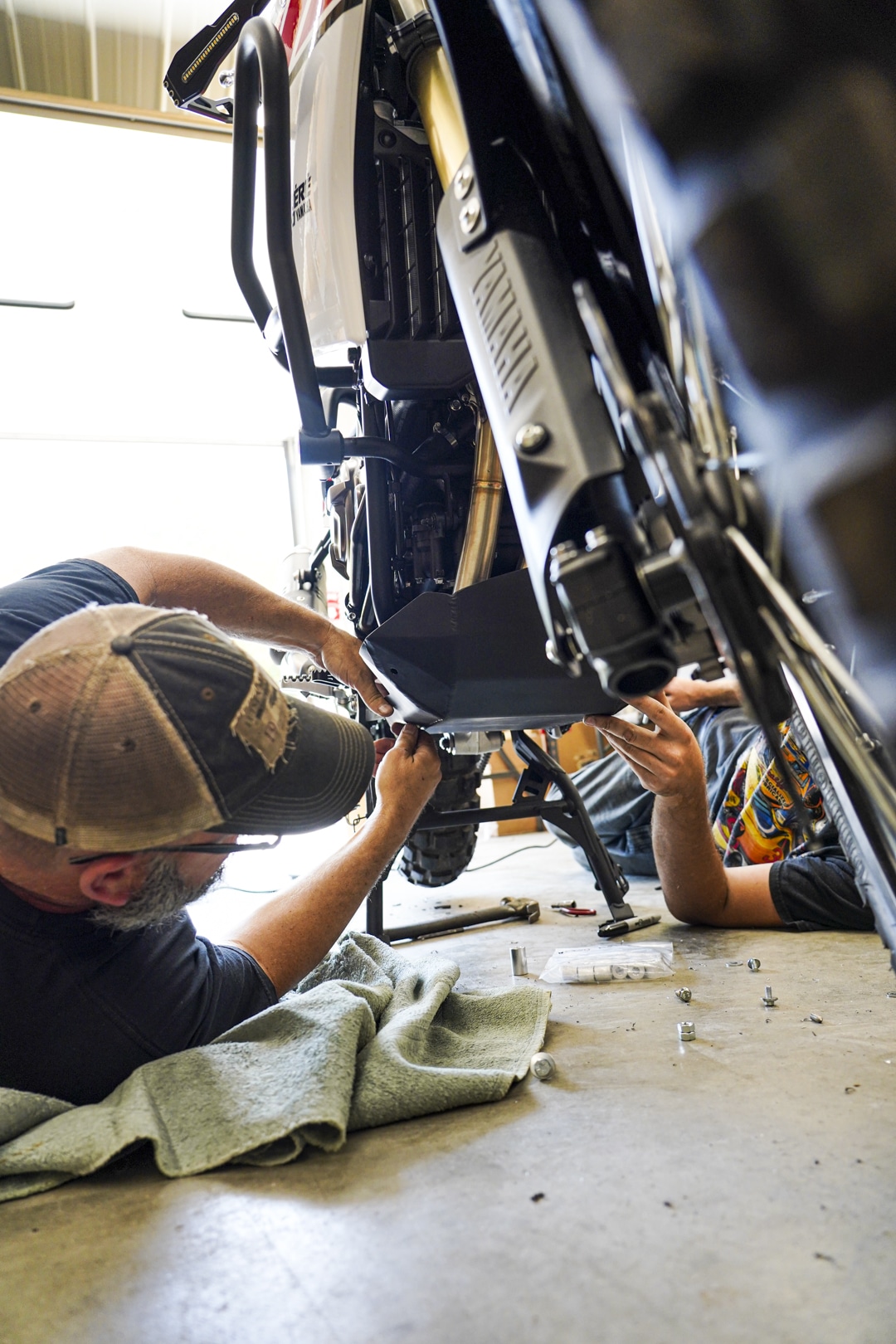 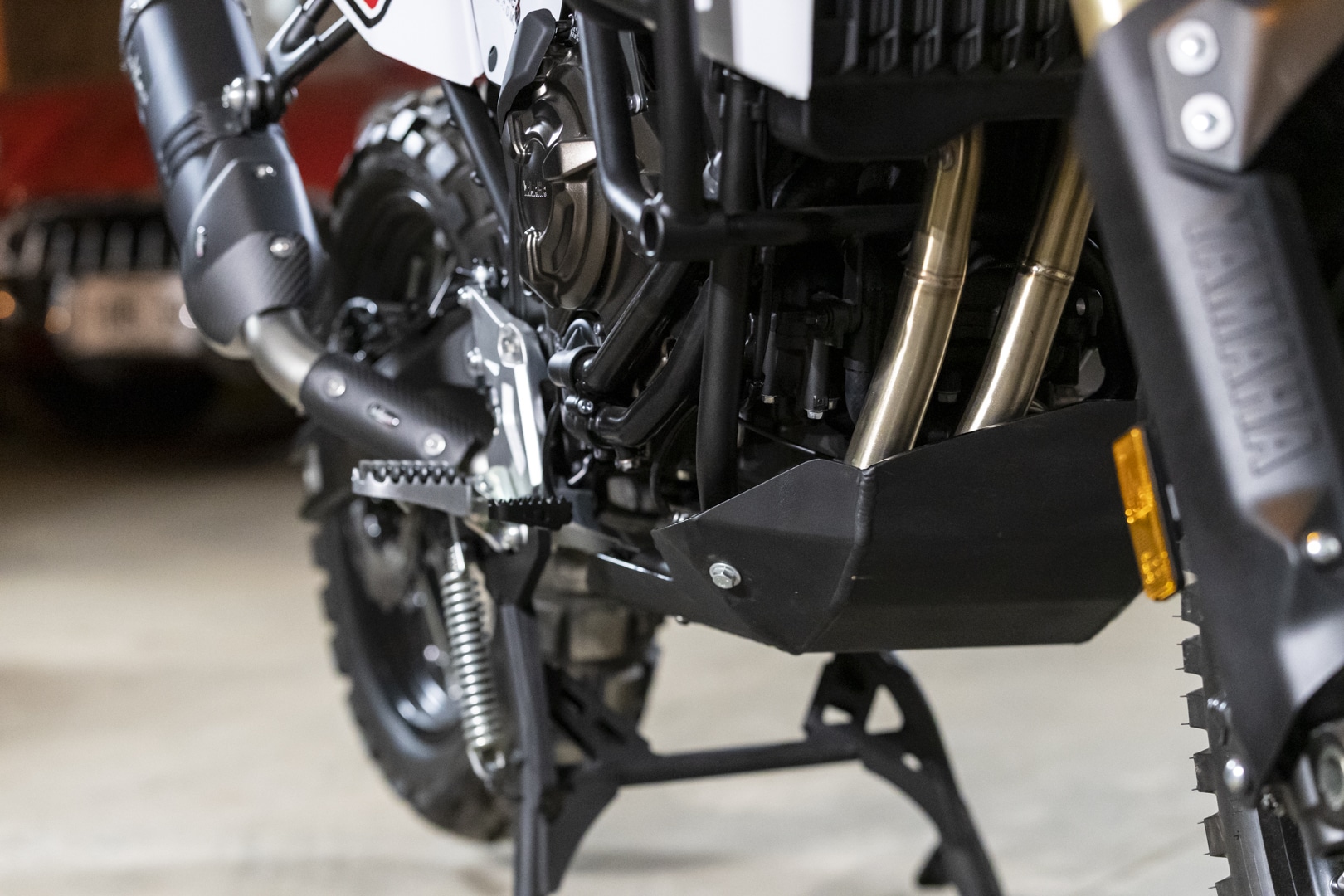 With the addition of a new Leo Vince header pipe and in the interest of guarding the oil filter, they (Rox) fabricated an aluminum bash plate with .120-inch sides and .190-inch bottom to further protect the belly of the T7 when conditions get nasty. Powder coating it gave an extra layer of protection and a sharp look. 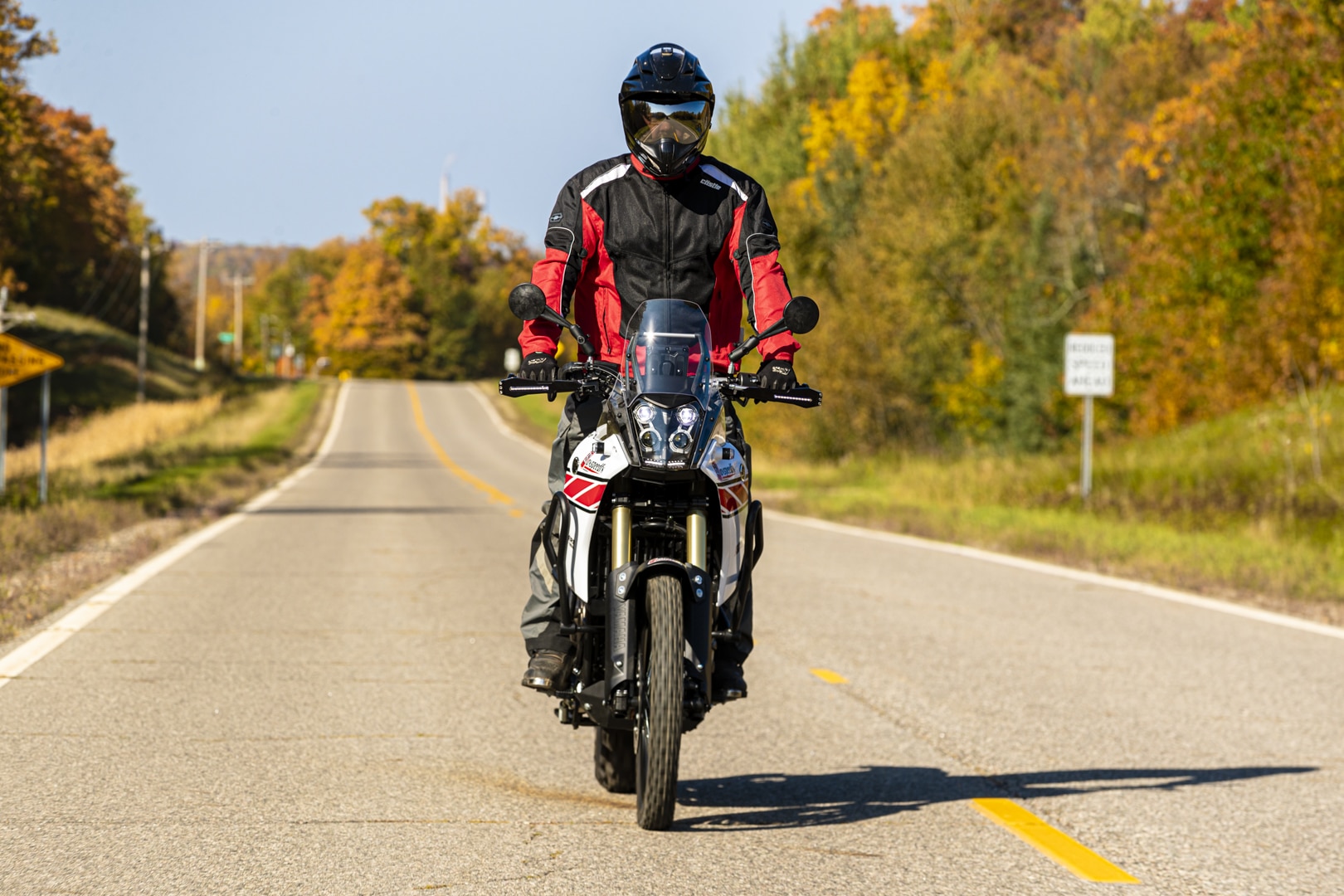 Both mirrors were removed and replaced them with Double Take Enduro mirrors. The Double Take mirror with 3-inch arms have superb adjustability and are very forgiving if the bike is dropped or brushed against trees. The T7 requires the reverse thread adaptor and base extension. 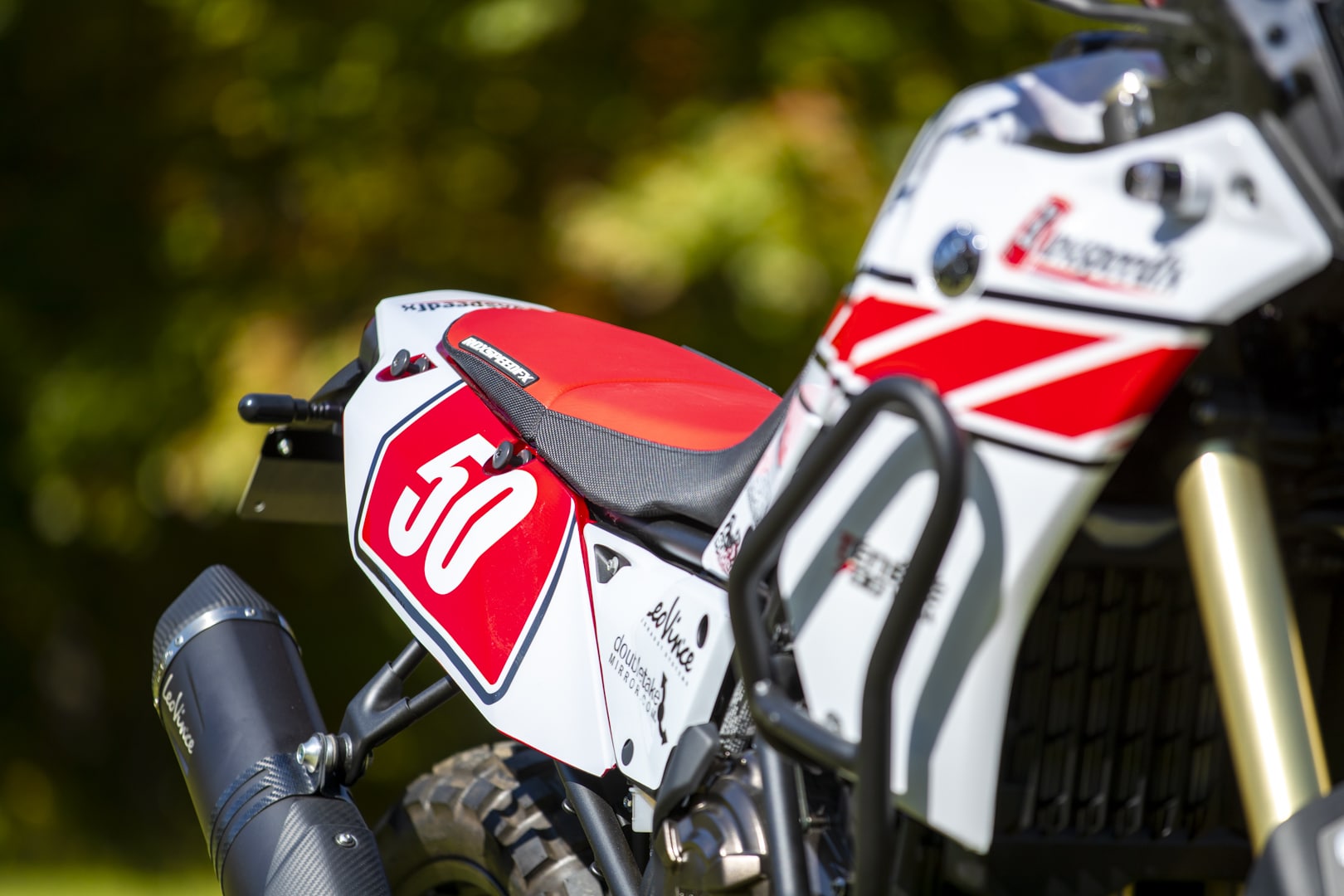 Chris fit on a Rox seat cover, and their special Rox anodized red 1.5” bar back, or bar forward, block riser to get the bars into a more comfortable position. There were many little touches like powder coating the Yamaha kickstand and adding Blown Concepts Graphics personalized the look that Chris was searching for- and late 80’s factory theme. 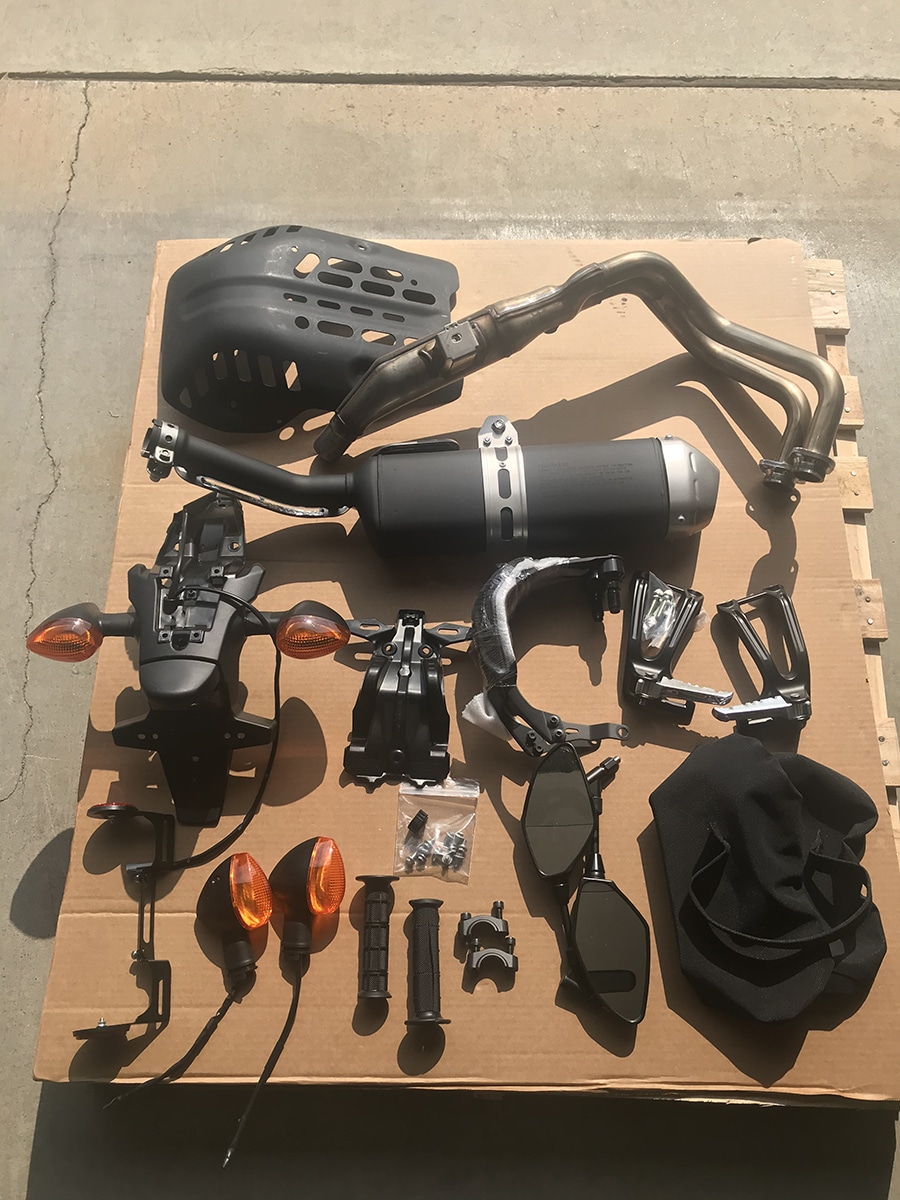 In the end Chris thanked Yamaha for providing the inspiration and all of the companies, including his- who helped make this a special build. 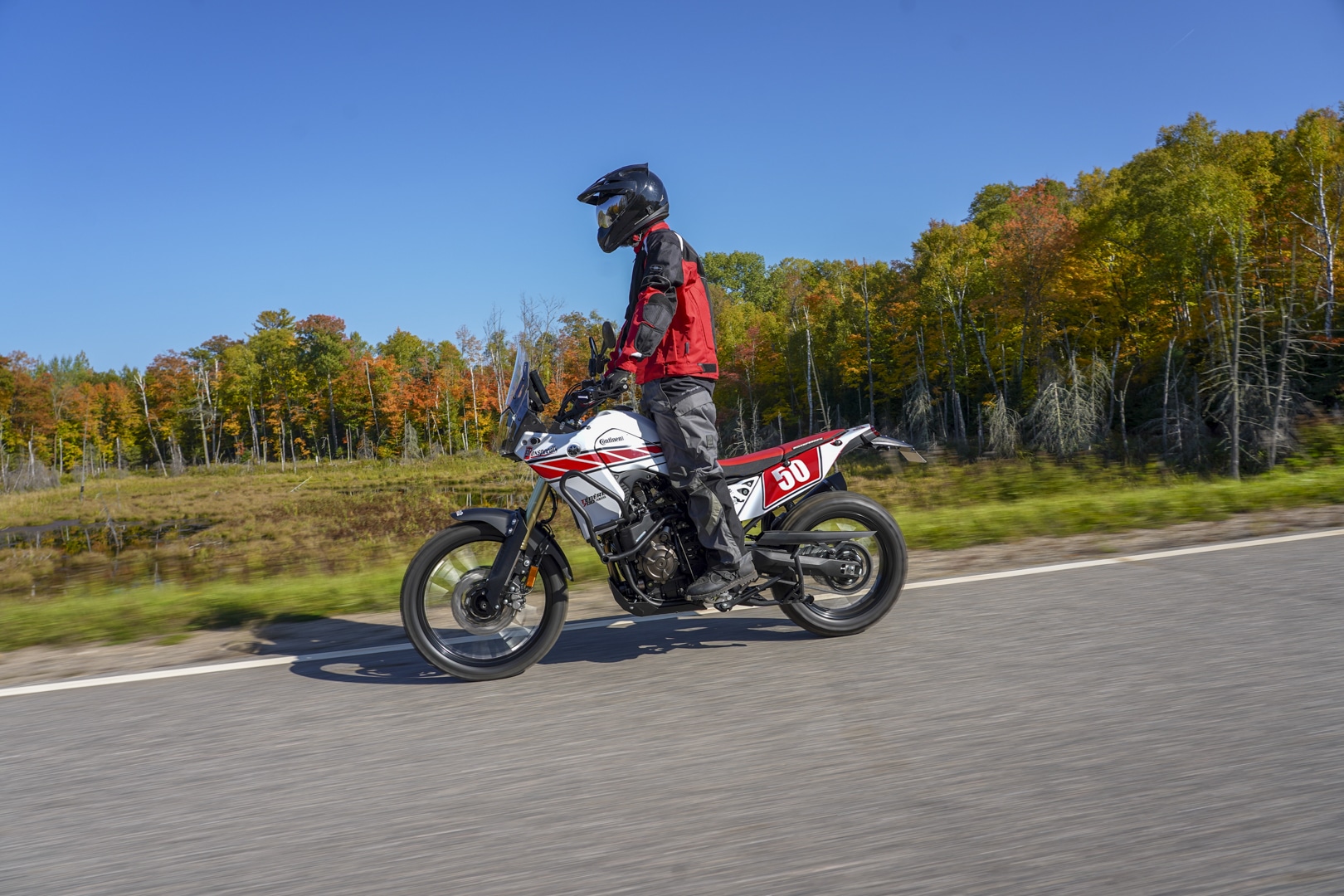 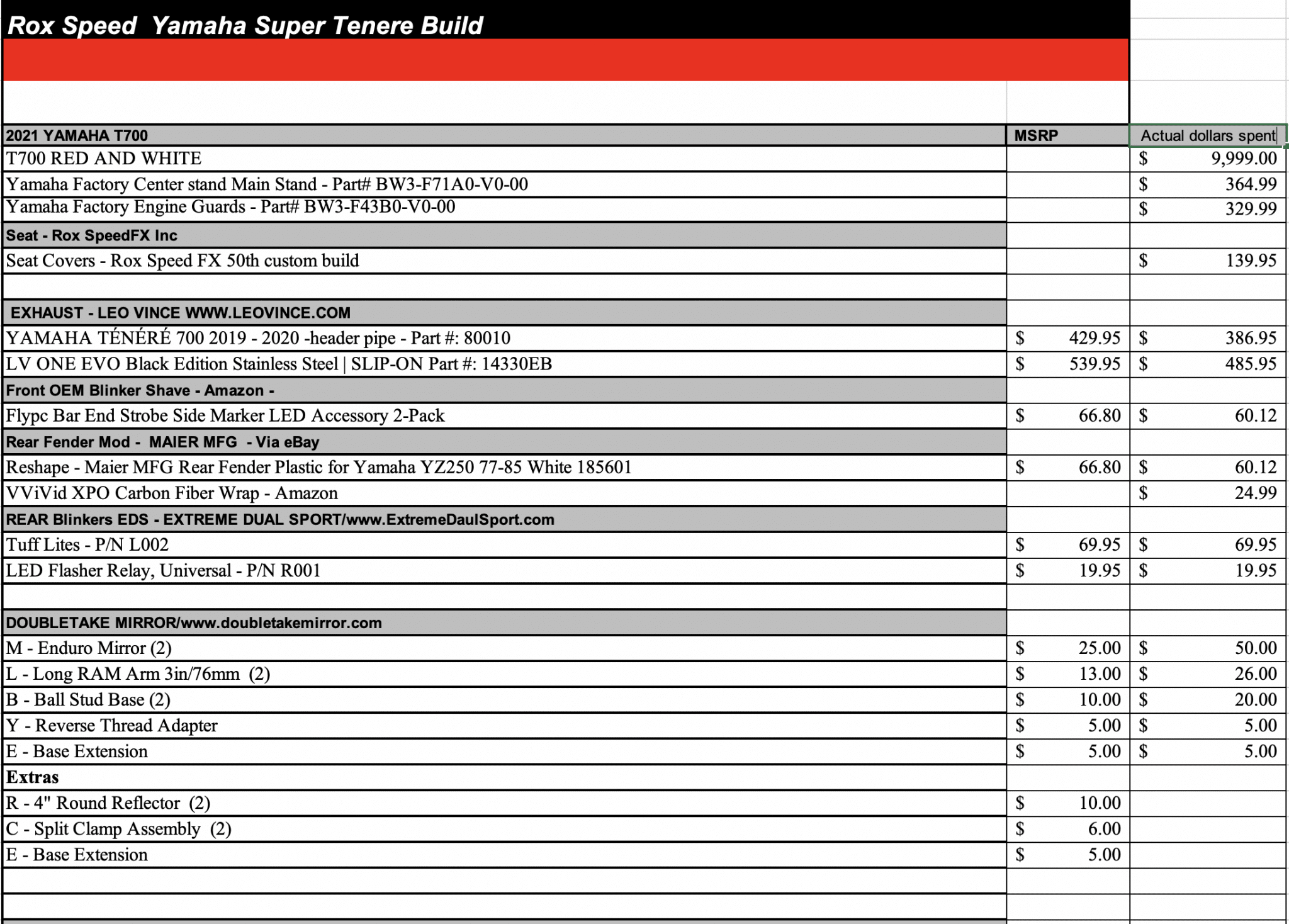 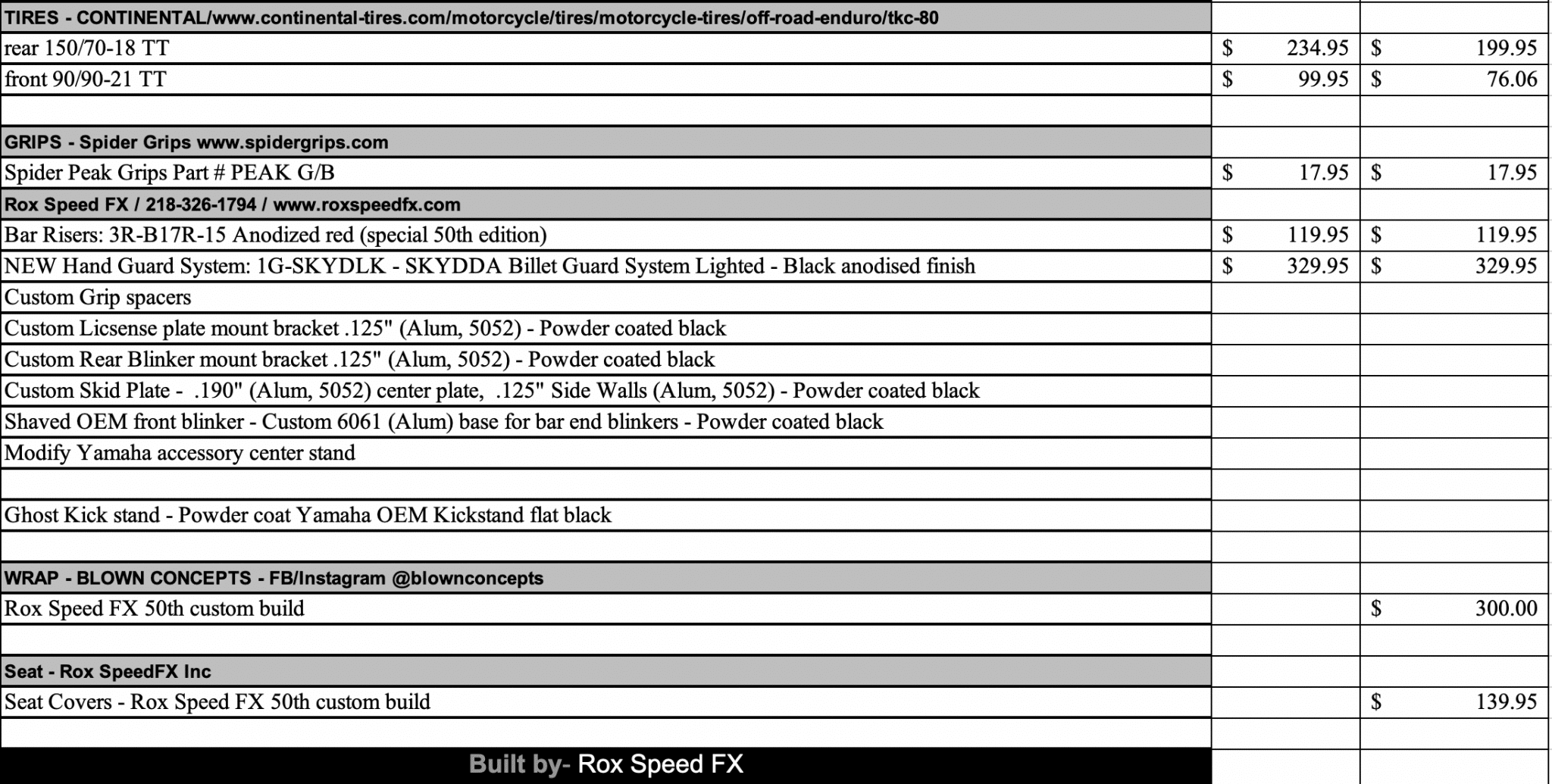