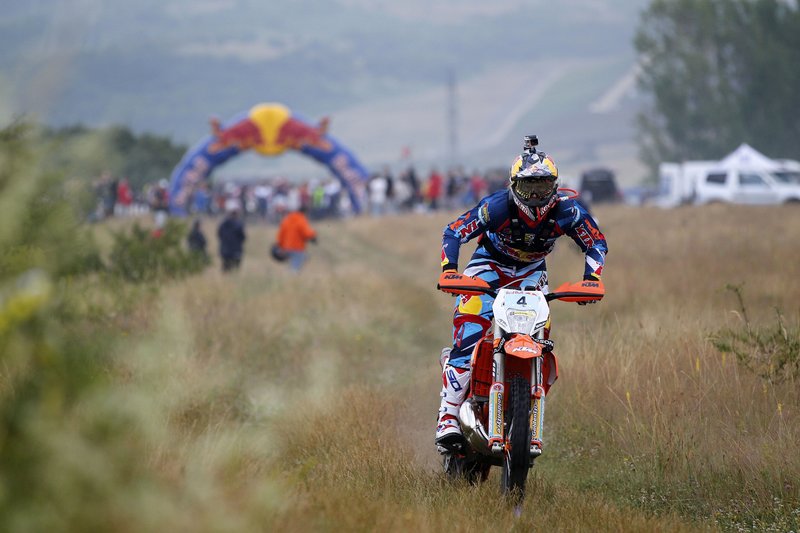 Graham Jarvis has had a long reign as the king of the Red Bull Hard Enduro series. But his throne is increasing threatened by young Jonny Walker. Here’s the latest report from the Romaniacs.

Chasing day one winner Jonny Walker, Jarvis meant business as he ventured into the Carpathian Mountains. With the promise of a tougher day for the Gold Class riders, Walker was the first rider to run into trouble when he drowned his bike on an early river crossing.

By the time he got going Jarvis had already eaten up Walker’s five-minute advantage and the duo were neck and neck. Riding together for the majority of the day, it was Jarvis who eventually claimed today’s win with Walker maintaining a narrow lead in the overall standings.

Behind the leading two, it was Wade Young who became the surprise result of the day with third. Consistent and now comfortable with his recent neck injury Andreas Lettenbichler enjoyed a steady day to claim fourth.

After a strong showing on day one, it was a tough day at the office for Paul Bolton. A heavy crash destroyed his GPS system before the service point. But thanks to Lars Enockl generously offering Bolton his spare unit, Bolton managed to battle his way home for fifth albeit nearly one hour adrift of Walker and Jarvis.