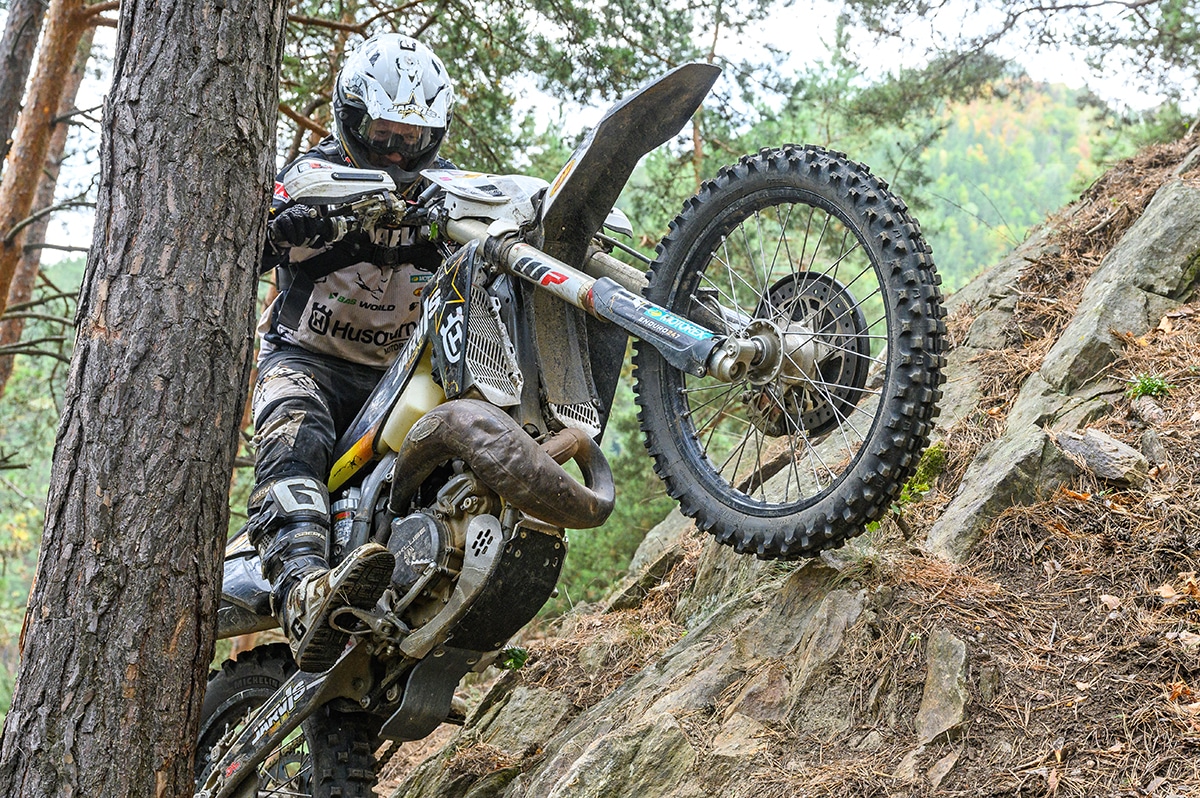 For Jarvis this stage victory was his second of the week, sees him extend his race lead to almost 16 minutes with just one more day remaining. Claiming the overall victory will see Graham secure a historic seventh Red Bull Romaniacs win.

After yesterday’s maximum attack, Lettenbichler found he didn’t have enough in the tank today to push again at 100 per cent. And with Jarvis upping the pace, the German was forced to settle in behind the Husqvarna rider and ride together. Moving up to sixth overall in classification, the KTM rider will aim to go all-out tomorrow to claim the final stage win.

Behind Jarvis and Lettenbichler, the battle for third was tight between Mario Roman, GASGAS’ Michael Walkner and Team Bulgaria powered by ECONT’s Teodor Kabakchiev. Walkner was on a mission during the morning and quickly caught up to Roman. The pair then stayed together to close in on Kabakchiev.

The pace Roman and Walkner were setting was high, however Roman just had a little extra in the closing stages to pull some time back on Walkner to claim third. In the overall standings it proved good teamwork for the duo, with Roman claiming some time on Kabakchiev in second, while Walkner overtook FMF KTM Factory Racing’s Trystan Hart to move into fourth.