ROGER DECOSTER ON TRAVEL AND BRIBERY 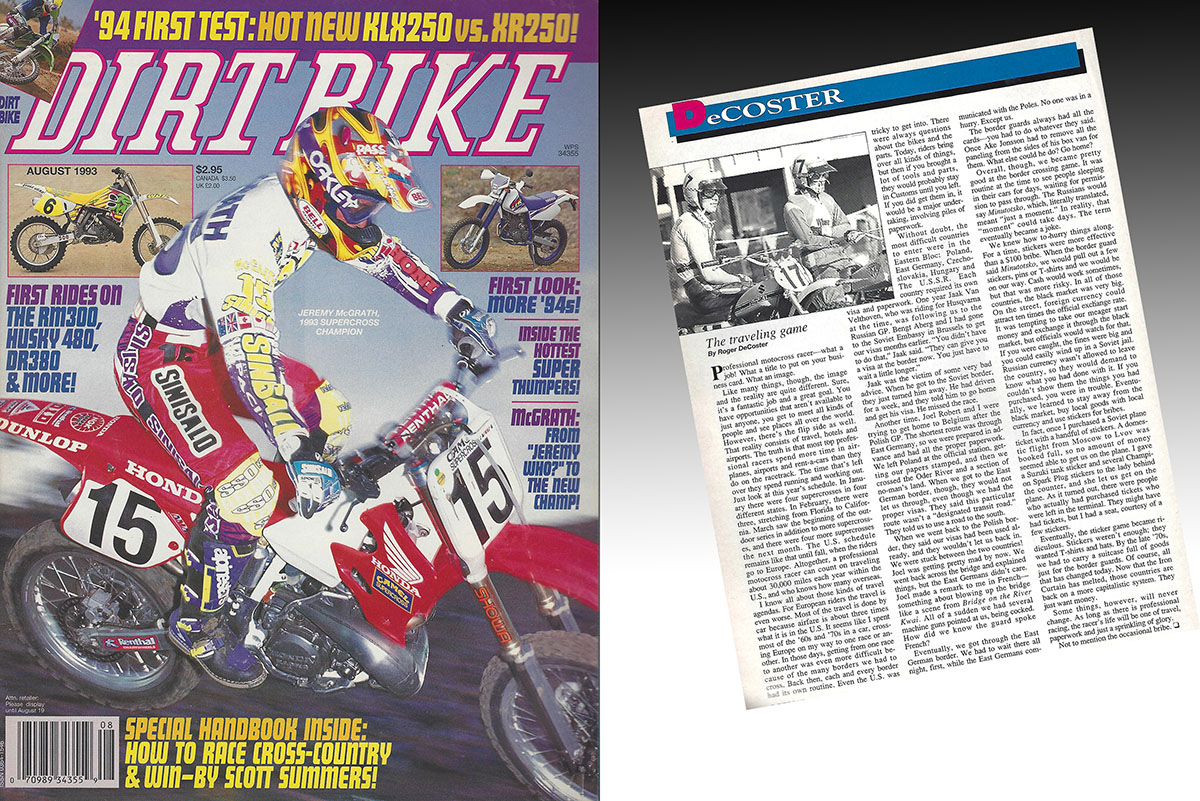 In the ’90s, Roger DeCoster was the Executive Editor of Dirt Bike Magazine, and in that time, he wrote many timeless pieces that are still relevant today. In the August, 1993 issue, he spoke of the travel that the motocross stars of the day had to endure, and of the early years when it was even worse.

The traveling game
By Roger DeCoster 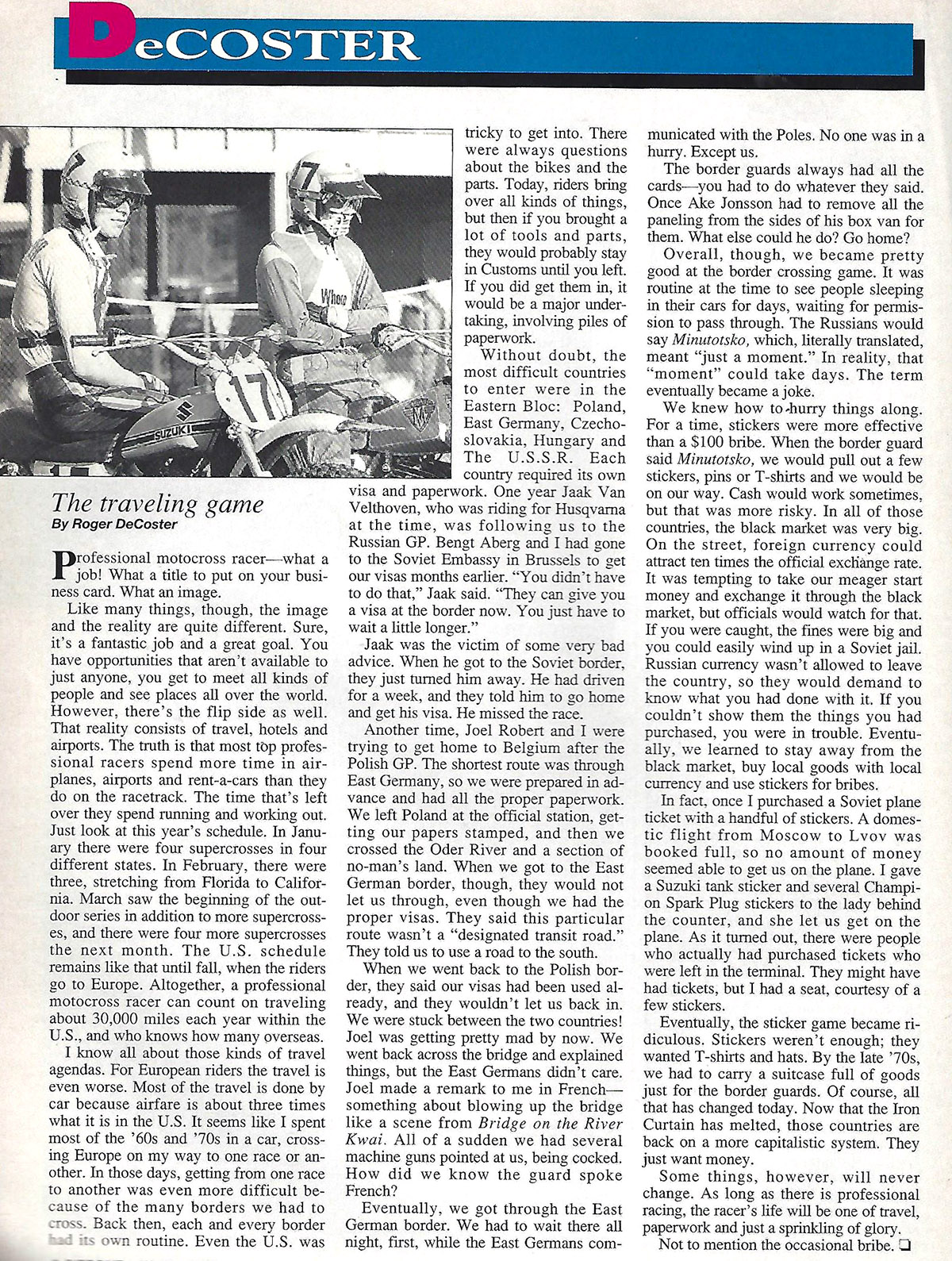