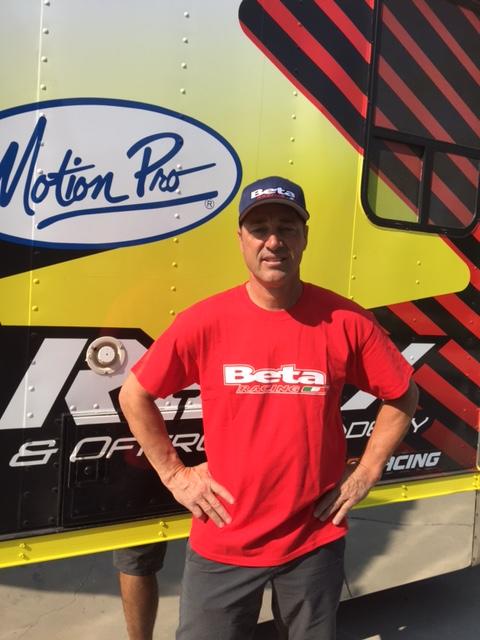 Beta USA is proud to announce the hiring of former GNCC and MX champion Rodney Smith to coach and train their team’s athletes as well as being the spokesperson for the growing Italian company.
Smith’s accomplishments include not only being inducted into the AMA Hall of Fame in 2015, but also winning the GNCC series championship five times between 1998 and 2004, 2nd in all time GNCC championships with five titles and 33 race wins. He also won three AMA National Hare Scramble titles and finished second overall in the ISDE in 1992. Smith had a very successful motocross career finishing third in the 1988 World MX Championships, and also won titles in Brazil.

Beta’s Tim Pilg is pleased to have Smith aboard, “Rodney needs no introduction as his success speaks for itself. We have a great group of young talent on our race team and I feel that he is the last key ingredient to help them win races. The world of racing today is ultra competitive and you need every tool in your toolbox to succeed and I feel Rodney completes our list of tools. I am also very pleased our riders will have such a great coach on their side.”
Beta team manager Zack Huberty will continue to manage the day to day operations of the team and had this to say, “I’m really looking forward to working with Rodney in strengthening our team for 2016 as well as into 2017. I will personally benefit from the experience he brings to our team as well.”
Smith is equally excited, “I am excited to be a part of the Beta team and am looking forward to helping all of their racers reach their goals. The talent on the team is there and I want to help Beta get to the top spot on the podium.”
Share FacebookTwitterGoogle+ReddItWhatsAppPinterestEmail