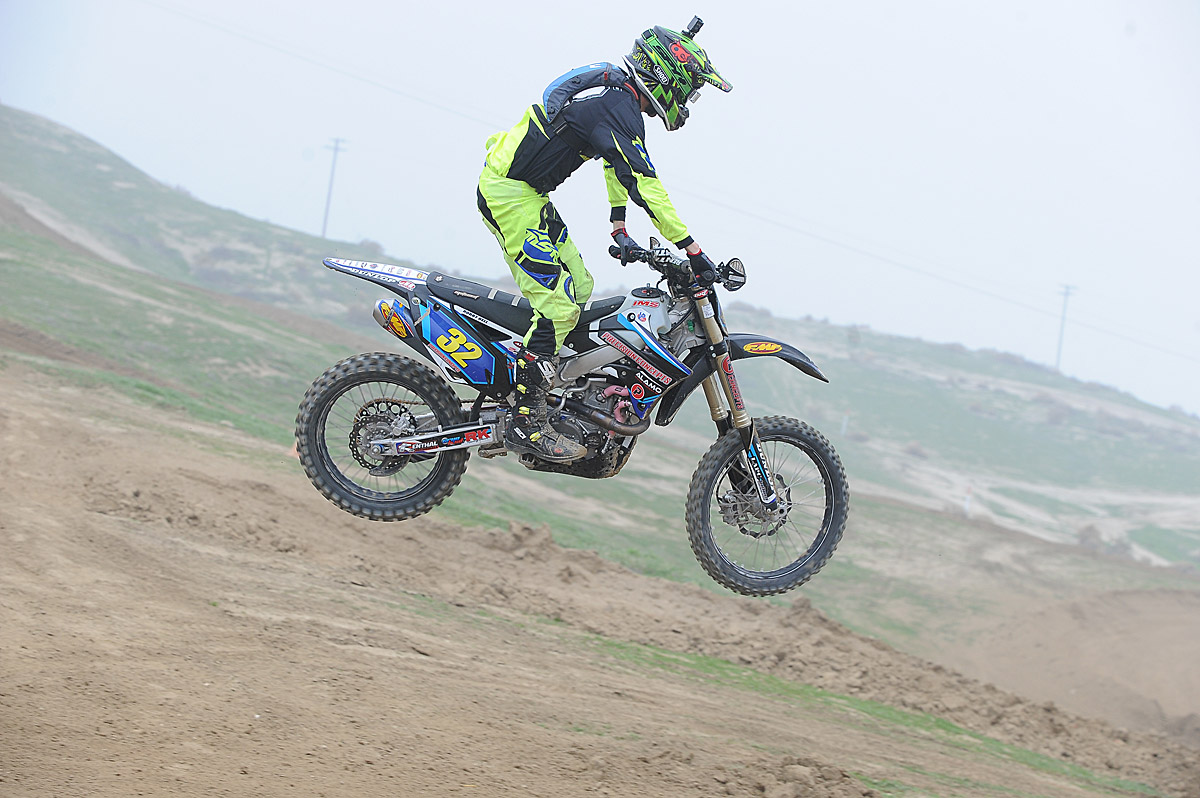 Robby Bell, Team Precision Concepts, MSR, Sidi Kawasaki sponsored off-roader and former WORCS number one showed incredible grit, physicality and attitude with a dominant opening race at the Honolulu Hills round of the WORCS series. Thick fog and cold weather made for excellent dirt, though it was a bit skatey with drizzle reeking havoc with the racers vision. Bell led after the first lap and disappeared. Reigning WORCS champ Gary Sutherlin started strong but dropped back with vision problems, as did Justin Jones who was mounted on a Honda. Justin Seeds tallied a fourth behind Bell, Sutherlin and Justin Jones. More coverage coming when we get full results.