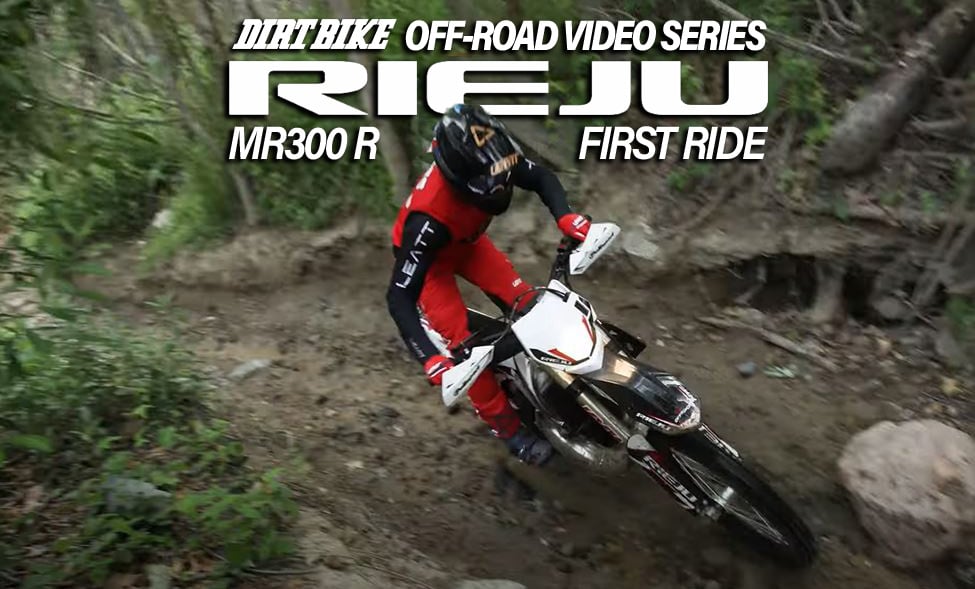 The Rieju MR300 Racing is a new off-road two-stroke out of Spain.  Those of you who know your two-strokes might see some familiar aspects of the bike. That’s because the bike comes out of the GasGas Factory in Girona, Spain. When KTM acquired controlling interest in GasGas, neighboring Spanish company Rieju acquired the rights to produce the previous versions of  GasGas off-road bikes. Join us as we get to know the bike as part of our off-road video series.