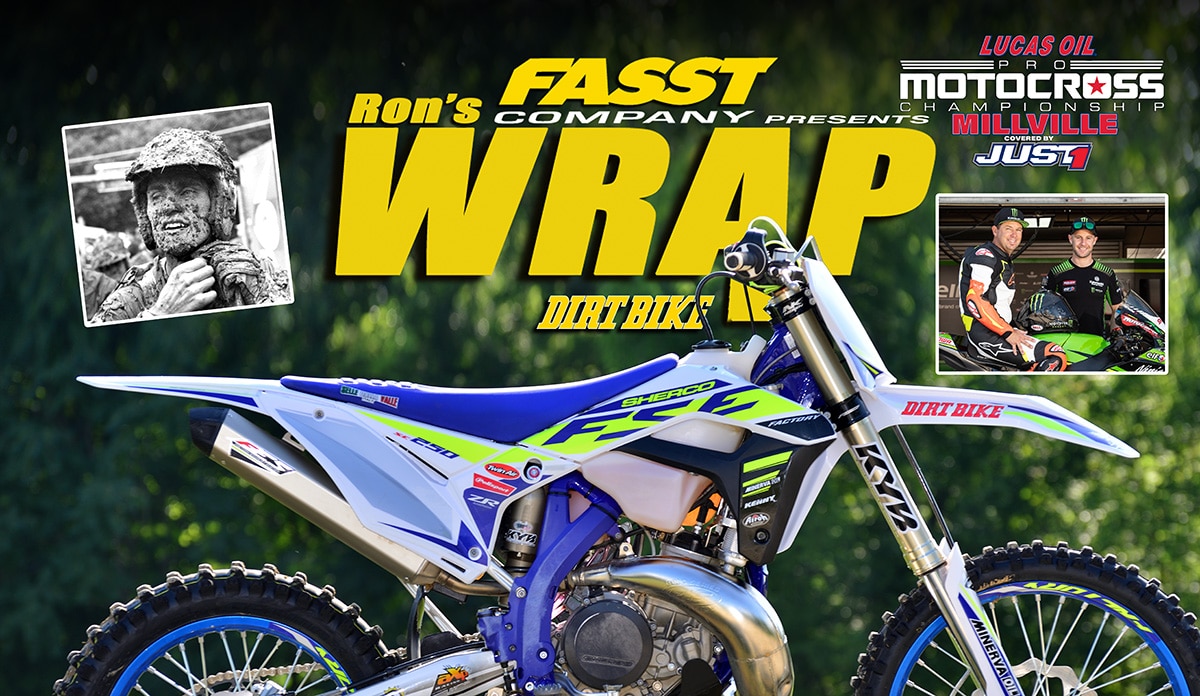 Yesterday I got to ride the 2020 Sherco SC250 Cross Country at Saddleback East near Bedford, Kentucky. It was during the 2020 dealer preview event, organized by Sherco Off-road’s new U.S. importer. Things are changing dramatically this year for Sherco in the ‘States.  Within the last two months, I have ridden, written and been exposed to more Sherco motorcycles and information than I have in the previous 25 years.  In the past, the French company only had a serious presence in a few areas of North America, and now that’s changing. Ryan Young Products, which previously handled Sherco’s trials bikes, is now charged with the entire line.

Last month I got to ride almost all of those bikes on a brief trip to Italy. It was kind of a blur, with a lot of bikes in a short amount of time. This time I focused on just one model: The SC250 two-stroke Cross Country. This is a U.S.-only model and it made the biggest impression on me in my previous experience. The main reason that this bike exists is to appeal to racers. The original thinking was that it was for West-coast riders, but it turns out that this is a bike that GNCC guys will love. The main differences between it and the other two-strokes is that it’s stripped of lights, it has taller gearing and stiffer suspension. Two years ago, we tested this model and found that Sherco overshot the mark considerably. The suspension (WP at the time) was way too stiff even for GPs or motocross. Now the bike has KYB suspension that’s much more compliant. In fact for my weight (a little closer to 200 pounds than I want to admit), it was perfect in the sloppy, slow technical riding of Kentucky. 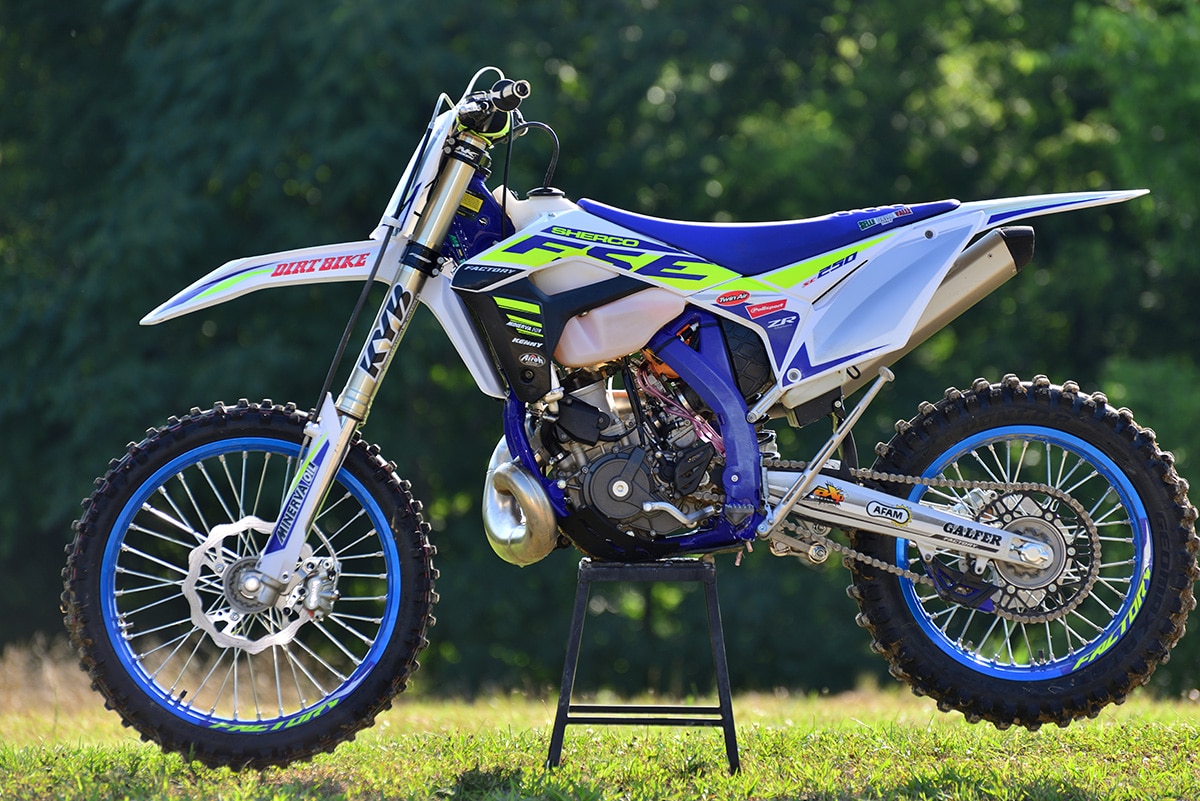 The remnants of Tropical Storm Barry arrived in there to greet me, so the mud was deep and slick. It would rain enormous buckets of Barry, then the sun would come out for a few minutes and steam up the place like a sauna. Then it would repeat. I still got a chance to ride the bike much more than I did in Italy. It was the perfect bike for those conditions. The motor has smooth bottom end, with lots of flywheel effect. There’s a typical two-stroke hit at higher revs, but it’s smooth and easy to deal with. That was the biggest reason I liked the 250 more than the 300cc version of the same bike. The bigger bike hits a little too hard for me. In technical conditions, you just don’t need that much power.

Sherco has a handlebar-mounted map switch that lets you further smooth out the power.  It makes a very big difference, but only on top. There’s virtually no difference between the two maps at low rpm. I figured I would like the mild map much better in the slick mud, but it turned out not to matter that much. It was so slippery that I never revved it high enough to break into the zone where the two maps diverged.  Either one was perfectly controllable down low. There were a few areas where I got stuck, and a full, screaming rev was the only way to move forward. The extra power was useful.  The one area where the Sherco really impressed me was overall comfort. The frame has a compliant feel. It’s often hard to separate frame stiffness from suspension set up, but in the case of this bike, I think that the steel frame flexes in all the right spots to help it deal with rocks and sharp trail impacts. Sherco engineers don’t make a motocross bike yet because they believe that it would require a much stiffer chassis, and they like the way their current package handles. I think they’re on to something. Another aspect of the motorcycle that I respect is that it’s very well made and all the parts are top shelf. The bars, triple clamps, seat cover and all the little parts are like premium aftermarket pieces. That, of course, does drive the price up. The MSRP of the SC250 is $9599.

While I was there, I got to meet some of Sherco’s riders. South African Wade Young rides the 300 Factory version of this bike, and it was fun to see what it could do in the hands of someone like that. U.S. Trails Champion Part Smage was also there. Kit Palmer at Cycle News shot this video of Pat messing around with Josh Roper. Amazing.  We have more on the 2020 Shercos in the current print edition of Dirt Bike. 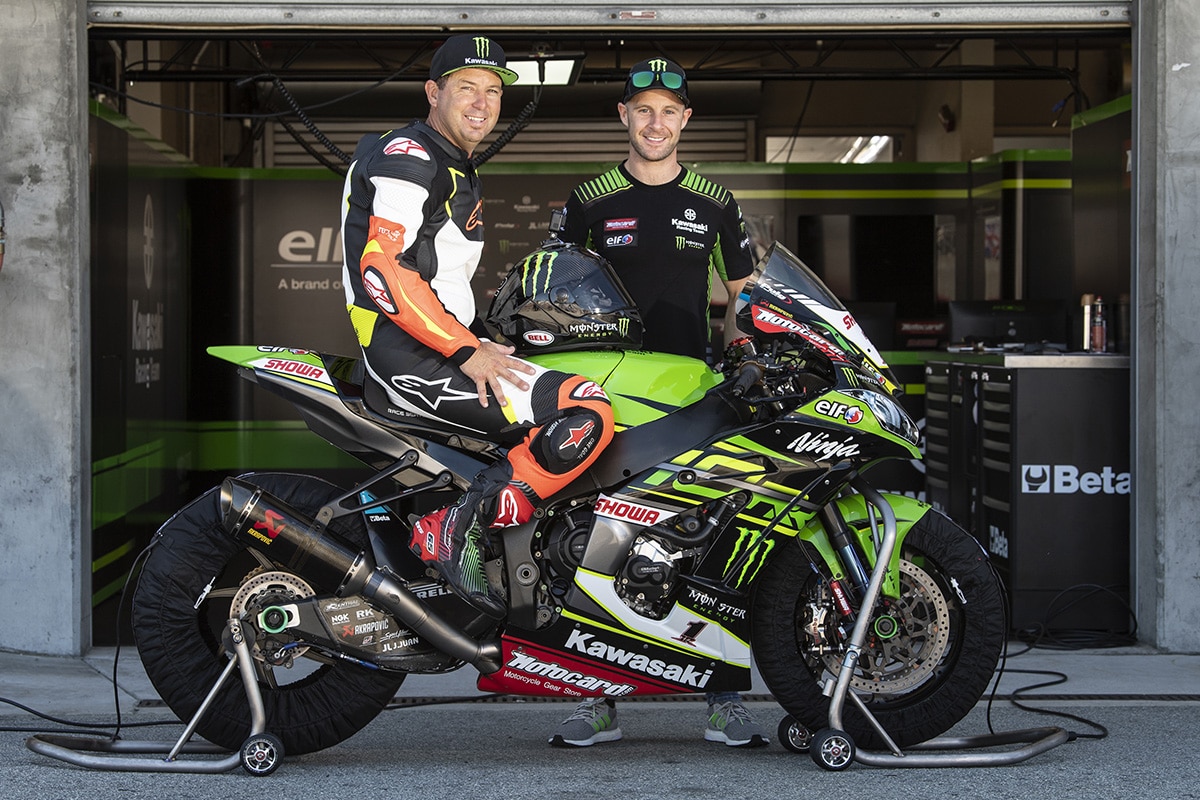 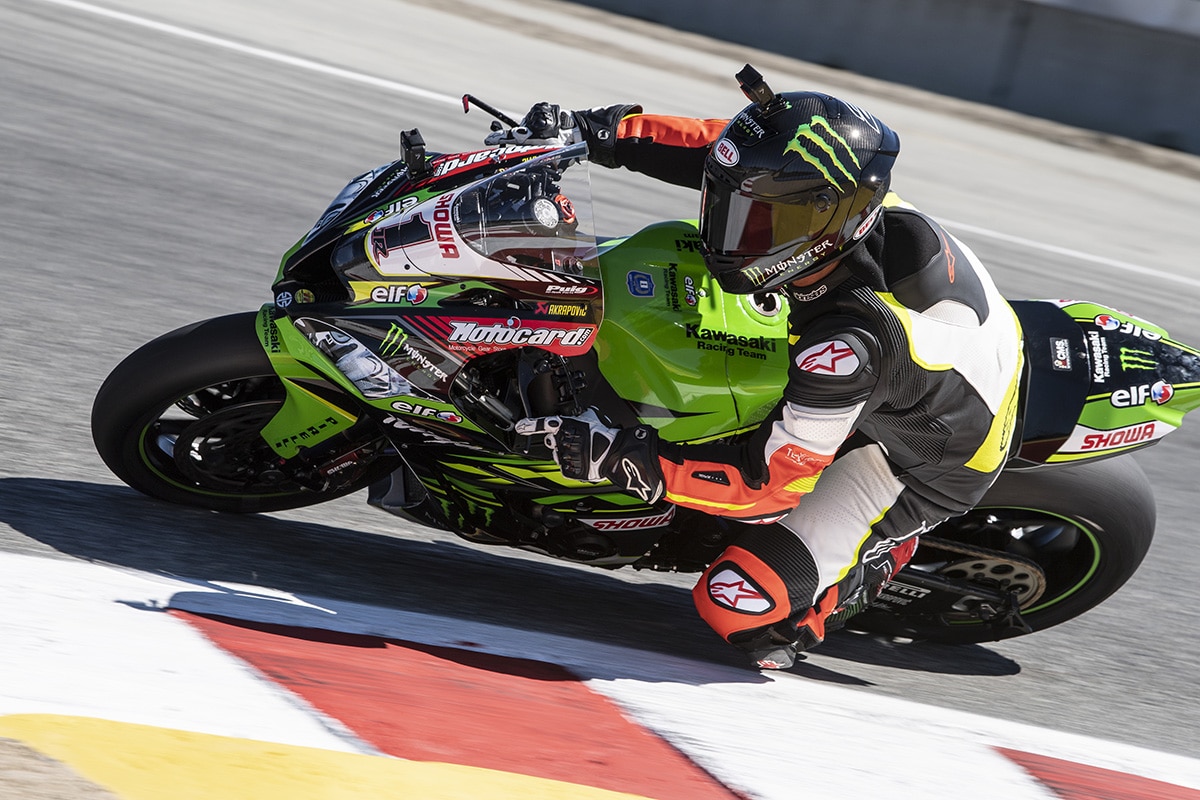 “Riding this bike is like a dream for me. I am such a big fan of all of these guys and Jonathan and I have been friends for a while,” said McGrath. “We’ve been thinking of doing a bike swap for a couple of years now, as he rode motocross with me a couple of years ago. Trying to learn the track and the bike was a steep learning curve, and I wish I could’ve stayed out all day. This track is another one I can check off the bucket list. After riding the Corkscrew, it was like a motocross berm, so it was really fun. I wanted to stay out and go faster but I’ve had a great day, I played it smart and I loved it!”

BENGT ABERG BACK IN THE DAY 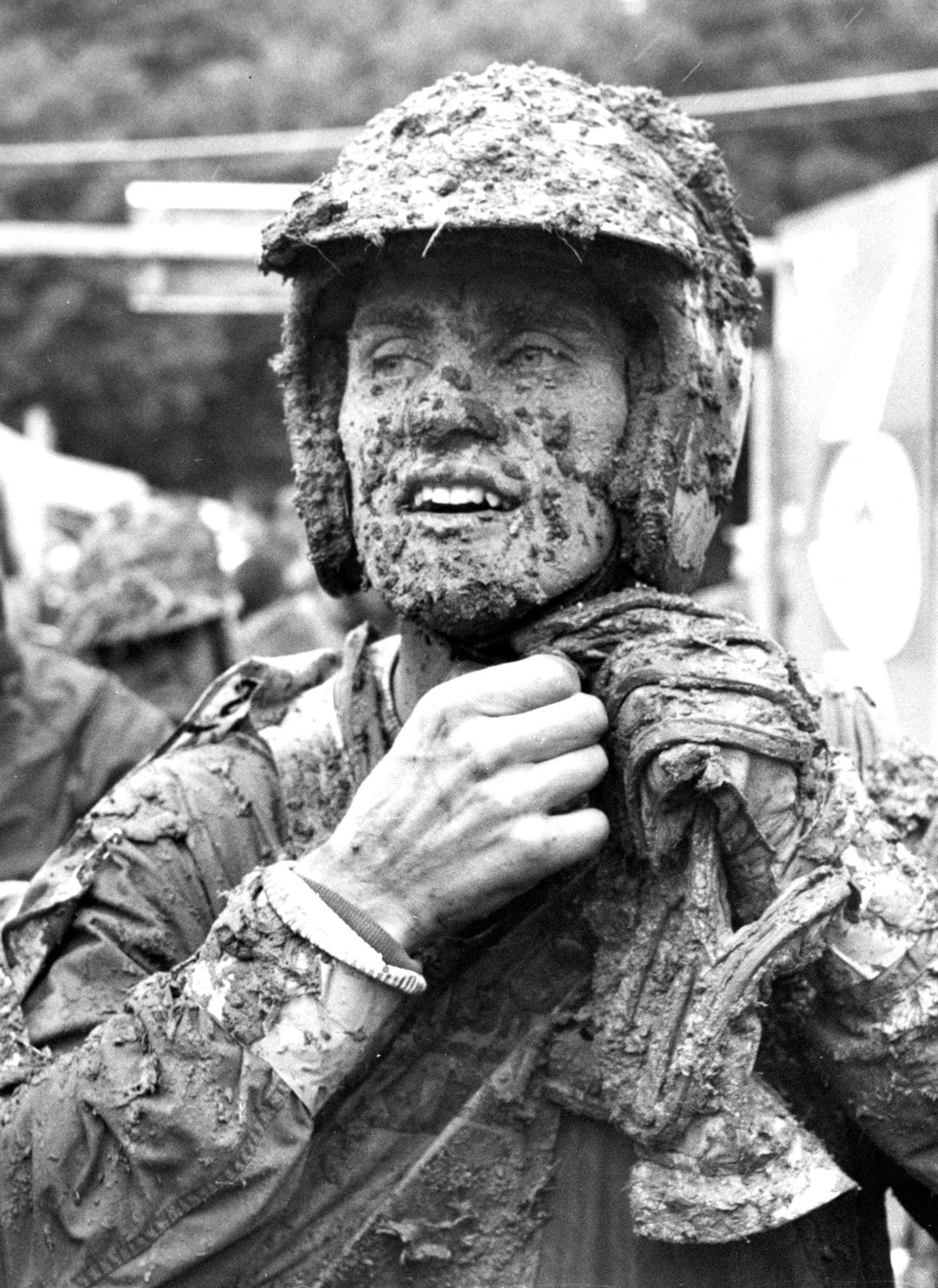 I’m a big fan of Kenneth Olausson and his monthly “Good Old Times Blog,”  which is dedicated to the history of Husqvarna, the oldest motorcycle brand in the world. This month he talks about the GP battle of 1970 between Bengt Aberg and Arne Kring. If you love those early years of motocross, you’ll get a kick out of it , too. Go the the Good Old Times Blog by clicking here. 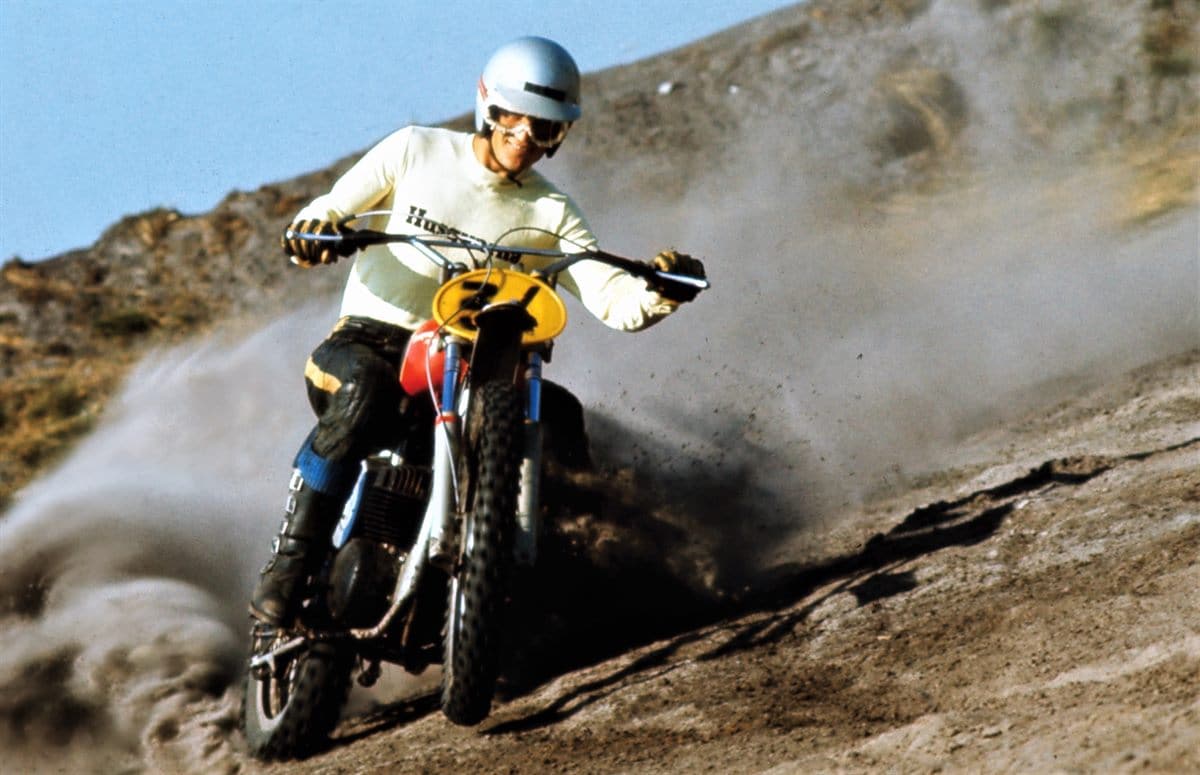 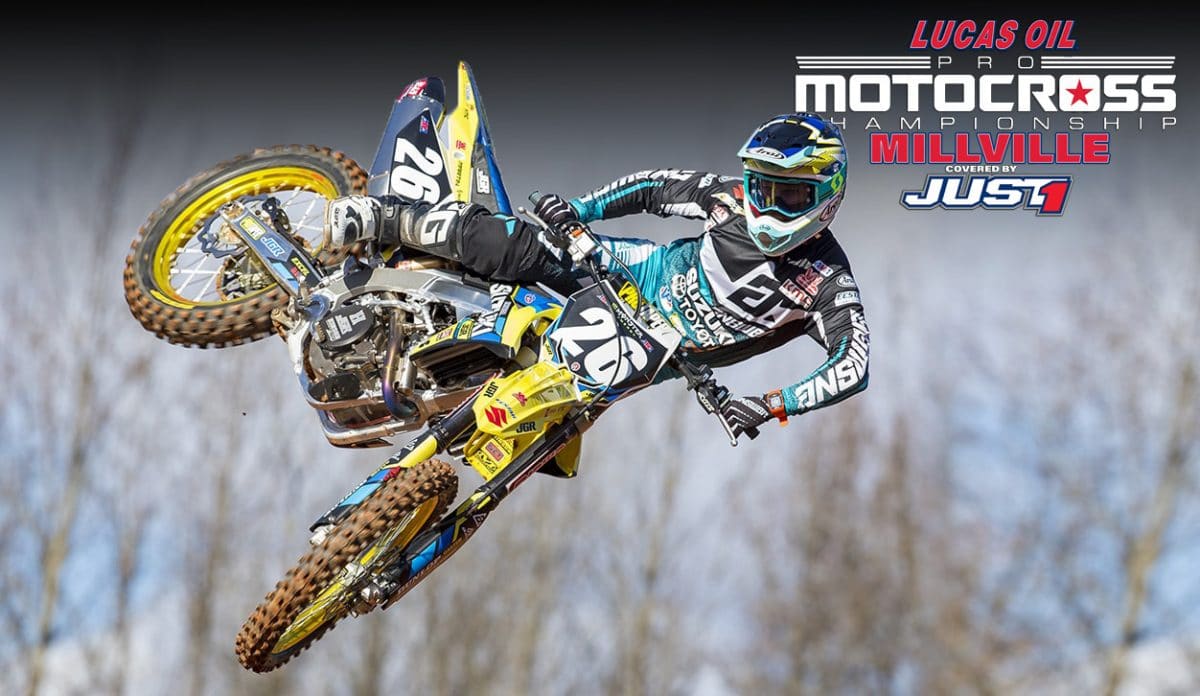 This weekend, the Lucas Oil Pro Motocross Championship is back in action. The location is Spring Creek, in Millville MN, home track of the Martin Brothers. Jeremy Martin is still healing from his back injury, but Alex will be there. He’s had a very tough season so far in his first year with JGR Suzuki. The knee jerk reaction is that it’s the bike’s fault, but Alex insists that the factory RM-Z250 is good, and he has the starts to prove it. He ran in the top three at Redbud all day, but in the end fell and finished 11th. The hot rider int he 250 class is now Dylan Ferrandis, who has won four of his last five motos, and is closing in on points leader Adam Cianciarulo. In the 450 class, Eli Tomac ended Marvin Musquin’s short win streak and now has a big 34-point lead in the 450 class. All of the 2019 Pro MX results will be posted here live.