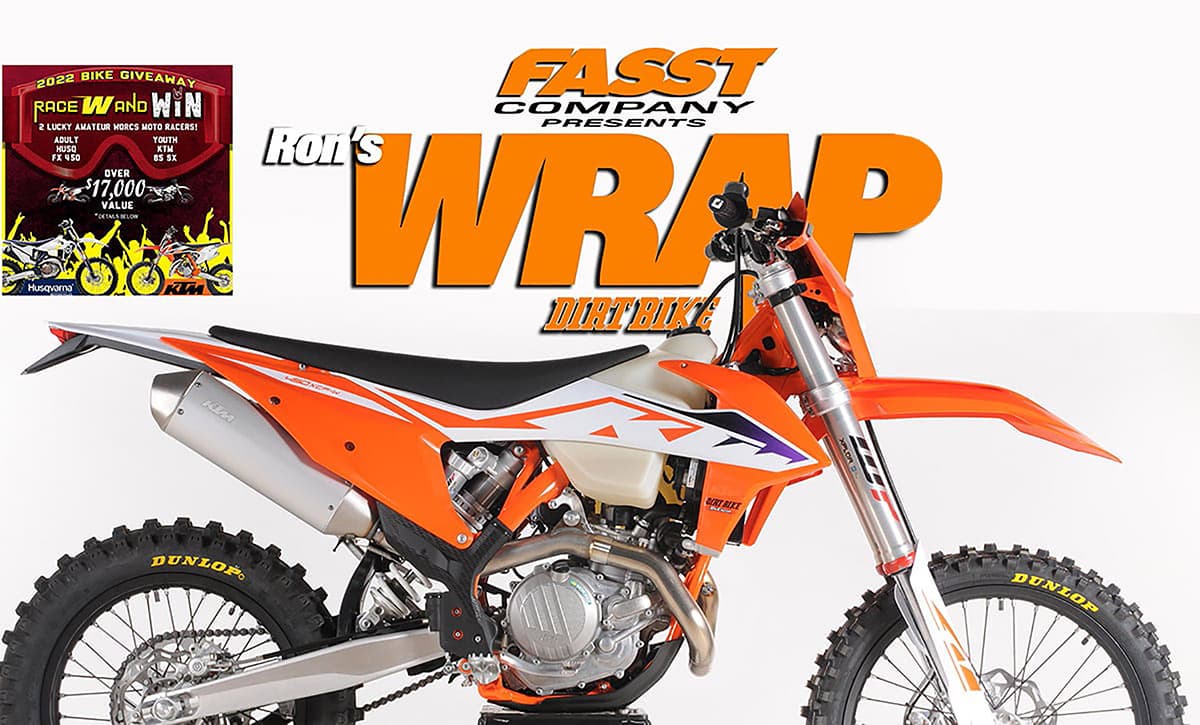 The KTM 450XCF-W is a new bike for 2023 and marks a big change in philosophy for KTM. It might not seem like such a big deal because last year there was a 500XCF-W which looked almost the same. That bike was a stuffed-up attempt to comply with the EPA’s definition of an off-road vehicle. It was only a half-step away from being a dual-sport bike in terms of noise and emissions. The only real reason most riders were interested in it was because it was eligible for a California green sticker. This year, KTM basically gave up on trying to jump through California’s hoops and so the 450 is imported as a closed-course competition vehicle, just like any motocross bike. In truth, though, this bike is nothing like a motocross bike. For that matter, it’s nothing like the KTM 450XC-F, which is a full-blooded race bike with the same power delivery and character as the 450SX-F motocross bike. If you try to take a 450XC-F on a trail ride, you learn quickly that it wasn’t designed for that.

The XC-W is designed for true off road riding. To start off, it uses the frame from the previous generation KTM, which is more compliant. The front suspension is the WP Xplor coil-spring fork and the rear suspension is no-linkage PDS and much softer than that of a motocross bike. It has a radiator fan, a headlight and a tail light. More importantly, it has a smooth, friendly power delivery and a six-speed gearbox. The gearbox itself is exactly the same as that of the 500EXC, which is a favorite among desert racers. It isn’t uncommon for riders to install the EXC gearbox into the 450XC for racing. Now they don’t have to.

When you ride the 450XC-W on the trail, you don’t get the feeling that it’s going to flame out. That’s a huge relief compared to most 450 off-road bikes that always have you performing a delicate dance between the throttle and the clutch. You can drag it down to fairly low rpm and roll it on. It won’t cough or backfire and it finds traction where a motocross bike would just spin. In terms of absolute power, the XC-W lands right in the middle between the dual-sport bike and the motocross bike. Some of the power is lost in the exhaust system, which is much quieter than any competition bike. It isn’t, however, as stuffed up as a dual-sport or last year’s 500XC-W. 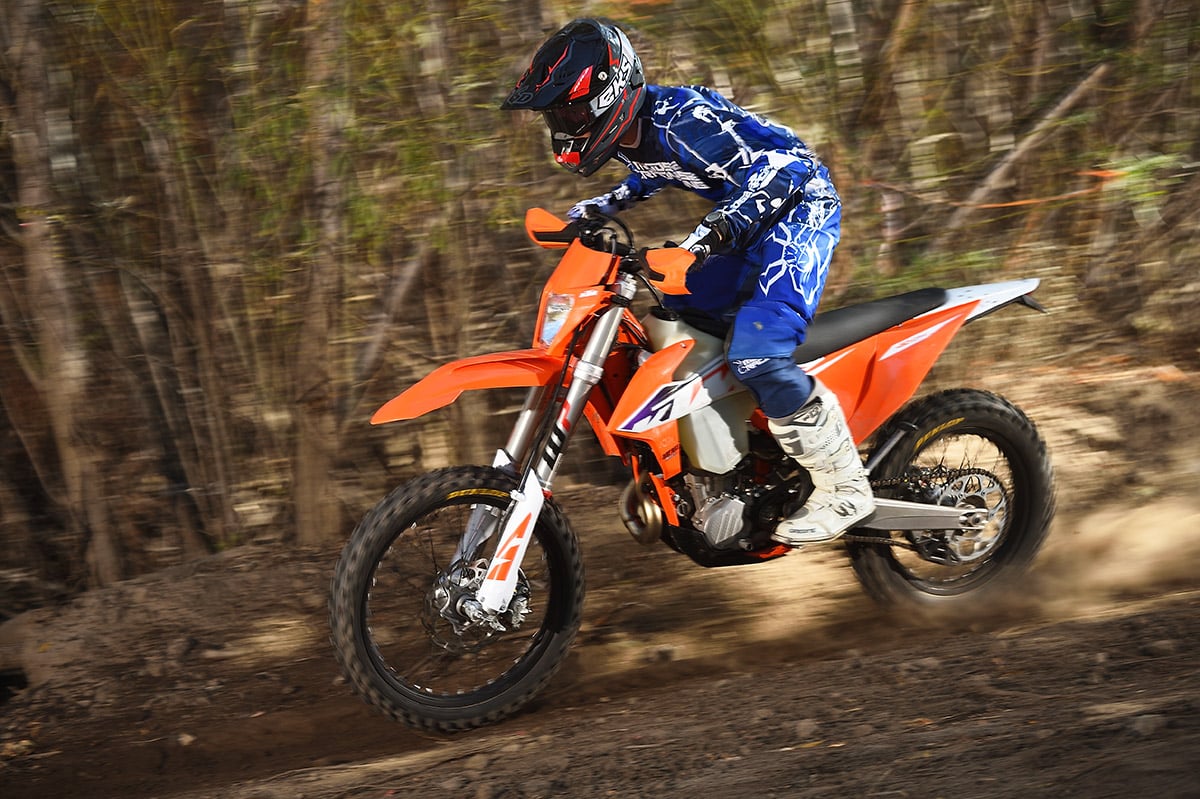 Anyone who plans on racing a 450XC-W, will want more power. When you get it in wide-open spaces, competition 450s have a clear cut advantage. An aftermarket exhaust will get you about halfway there. The rest is in mapping and the cam. The compression ratio and valve sizes are the same as the 2022 450XC-F. The suspension is also far too soft for racing. It might actually be too soft for aggressive trail riding. 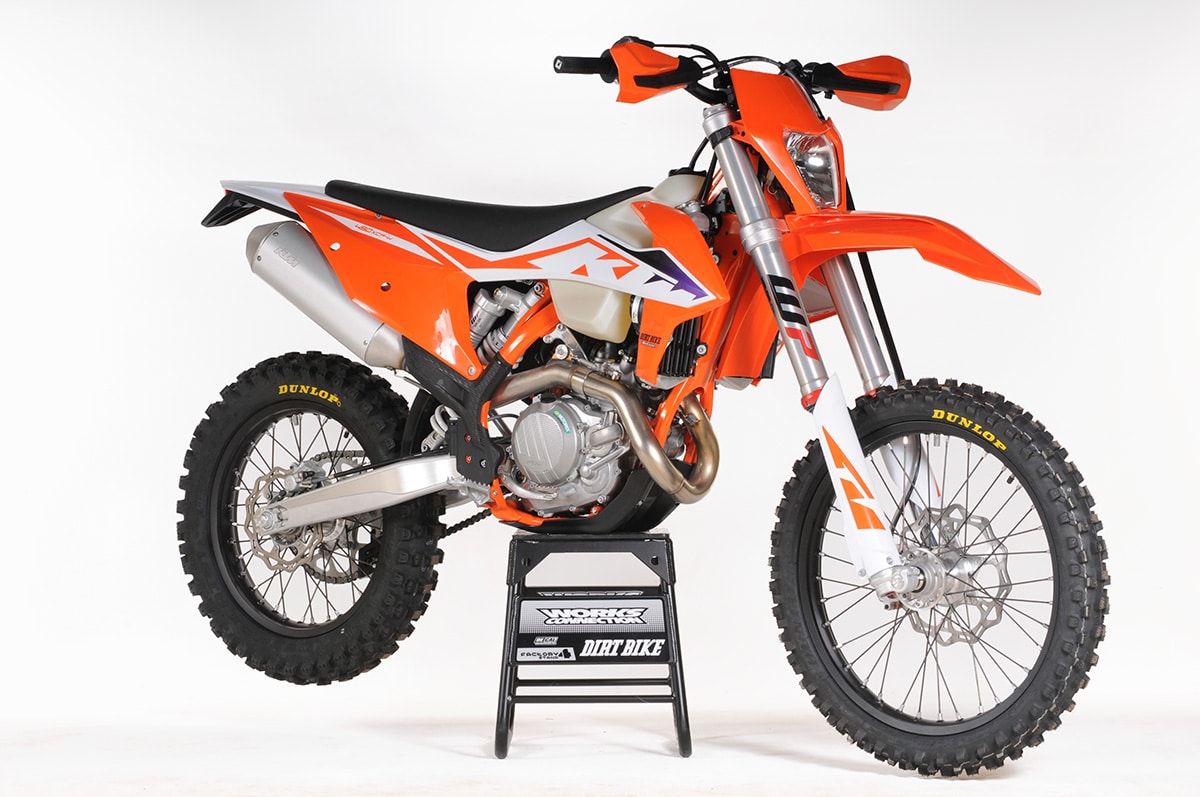 Going down that road might be the path for racers, but it will also compromise the XCF-W’s most endearing trails. It’s a sweet off-road bike that walks a fine line between racer and dual-sport bike. And, as many riders remind us, this can serve as a dual-sport in most states with a few bolt-on items–just not where we are in California. For a full test, check out the February print issue of Dirt Bike. 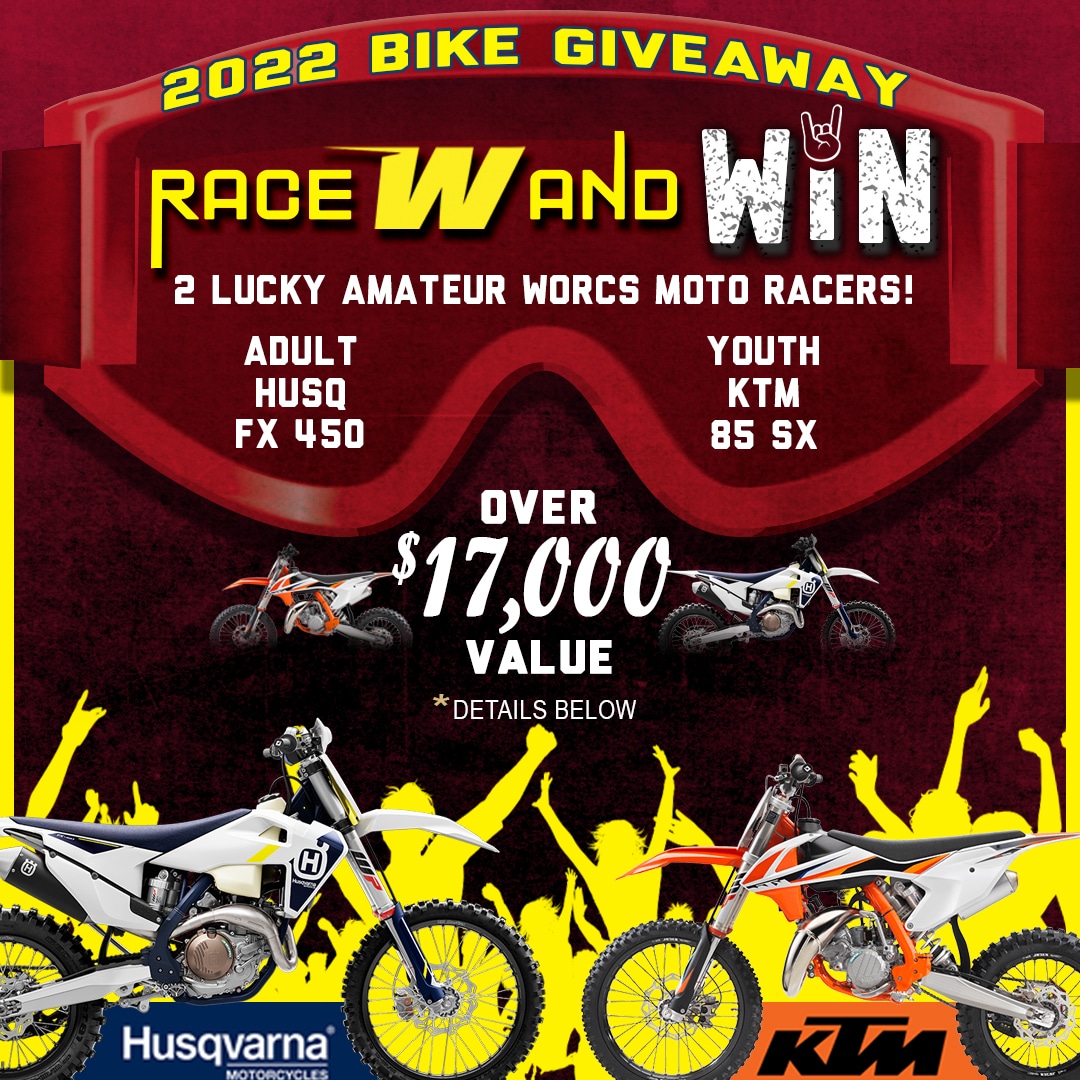 The WORCS season-end  banquet is on December 3,  where the Great Bike Giveaway will come to fruition. Two  amateur WORCS motorcycle racers will walk away with either a 2022 Husqvarna FX 450 or a KTM 85 SX. Only amateur motorcycle class eligible. Must be present to win at year-end awards banquet in Primm, NV. Go to WORCS.com to learn more. 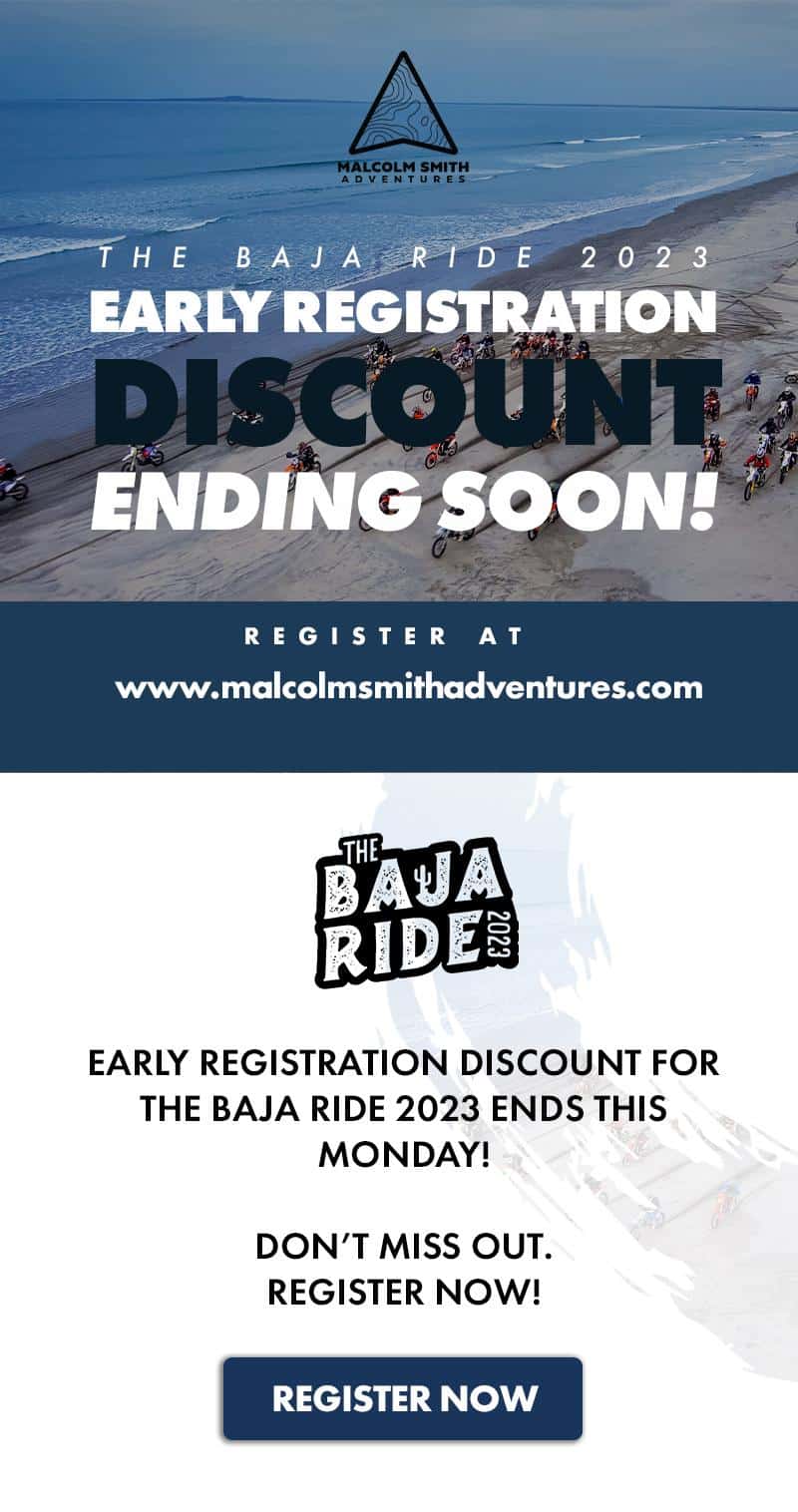