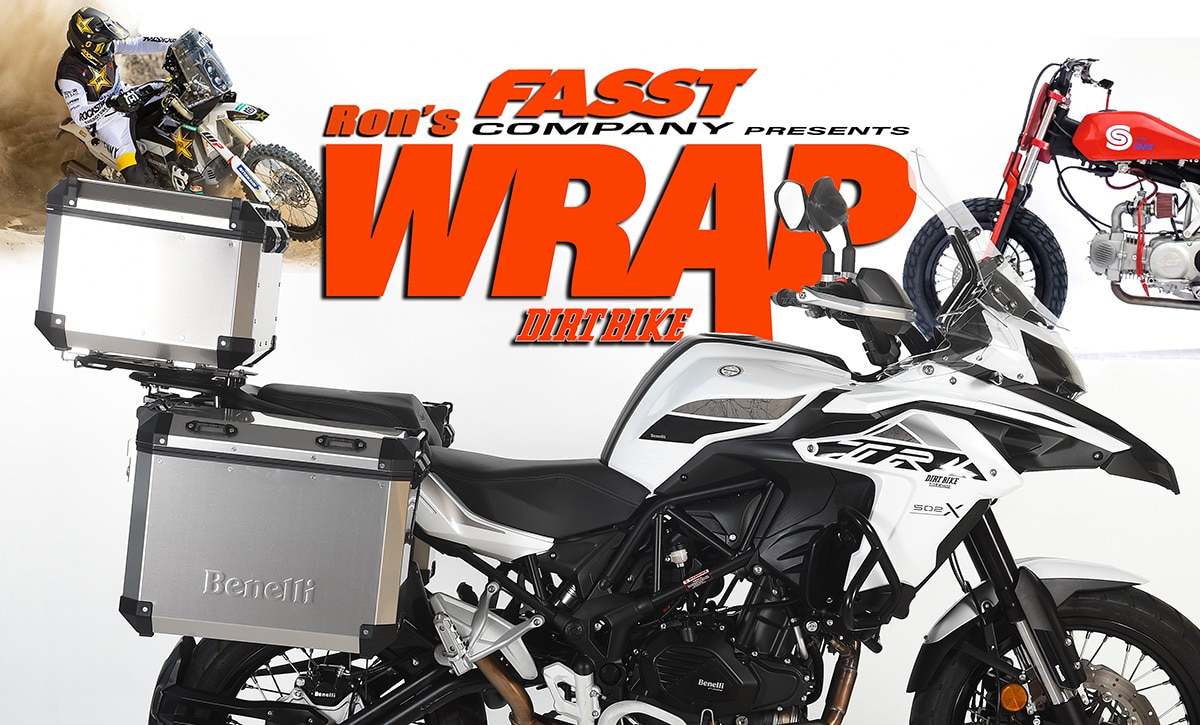 If you remember the name Benelli, you’ve just dated yourself. Benelli was an Italian company that started before World War One, and was still making motorcycles in Pesaro the ’90s. In the U.S., Benelli was once sold under the Montgomery Ward name. More recently, the company was known for making MiniTrail-like bikes (before Honda) and for making the first six-cylinder street bike (also before Honda).  I’m old enough to remember Benelli, although I rarely saw one outside of magazines. 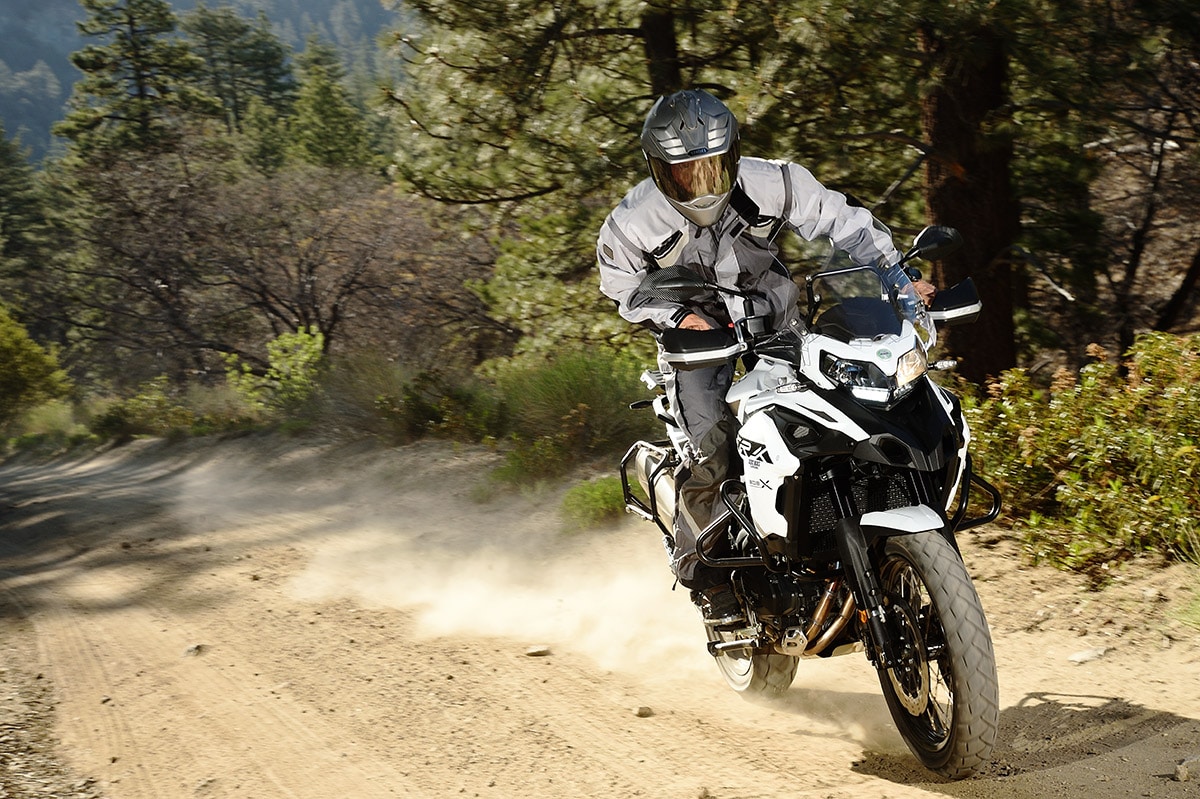 Benelli is sold in the U.S. by the same people who sell SSR.

Now Benelli is back under Chinese ownership with engineering ties to Italy. In the U.S., Benelli products are distributed by the same people who sell SSR motorcycles.  The most substantial bike under the Benelli name we’ve seen so far is this one: the TRK 502X. It’s a 500cc, twin-cylinder ADV bike that’s designed to fall into the gap between all the new 300-class machines (like the BMW 310GS, the KTM 390 Adventure and the Kawasaki Versys 300) and the more mainstream 650s (Suzuki V-Strom and the Kawasaki Versys). The main attraction is the price: $6399. The Japanese 650s are just under $9000, while those  300cc Singles generally sell for just under $6000 (and are made in either Southeast Asia or India). 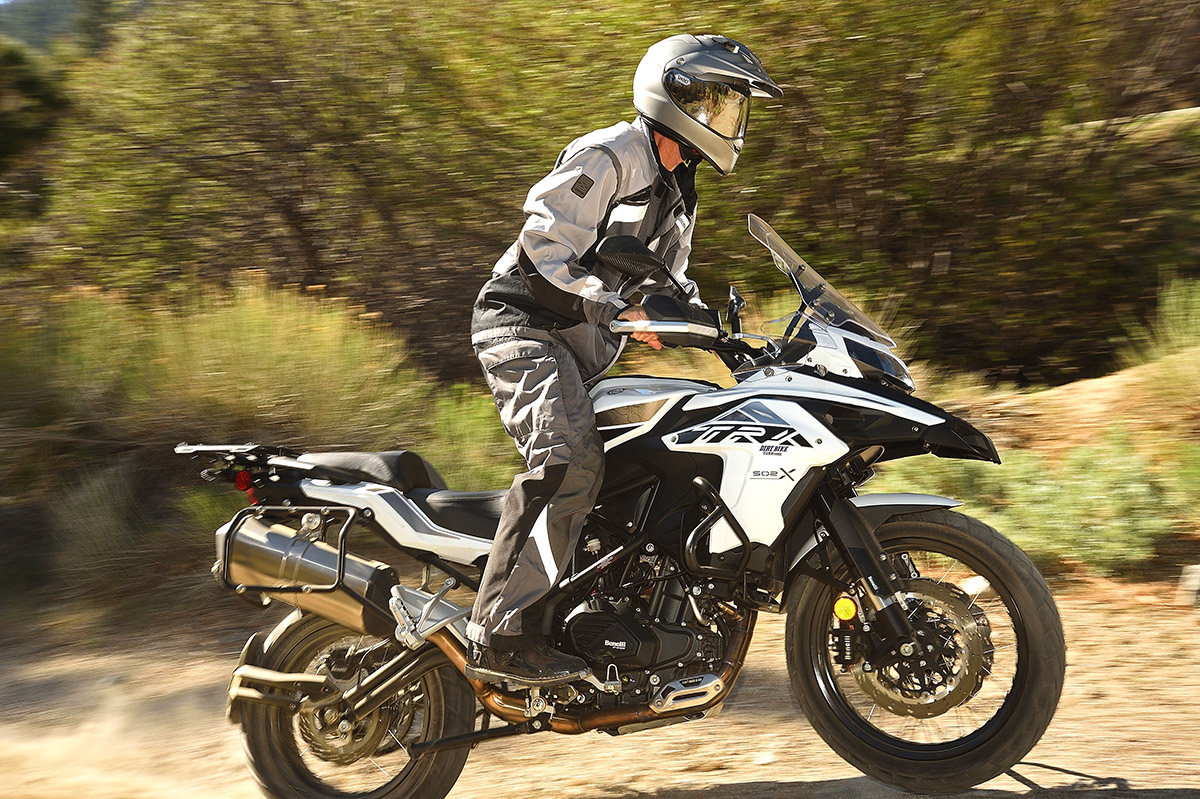 We spent a day on the TRK 502X and it’s a lot of motorcycle for the price. The finish quality is just as good as anything from Japan.  SSR motorcycles are good too, but the Benelli is even a step higher. The days when you could spot a product made on mainland China just from outward appearance are gone. The castings, the paint and the fit are all great.  The digital instruments are easy to read (tach, speedo, fuel gauge) and the optical quality of the windscreen is excellent. It comes with handguards, crashbars and a centerstand. Our test bike also came with Benelli’s in-house accessory aluminum bags, which sell for $1000. The quality seems as good as anything from Touratech (for about half as much).

When you ride the TRK on the road, the most striking thing is how comfortable it is. The motor is almost vibration free at highway speed. The motor turns about 5000 rpm in sixth gear at 70 mph, which sounds high compared to big 1000cc twins, but you’re barely aware that the motor is spinning. The seat is good and the wind protection is excellent. In terms of power, it’s not far off a V-Strom 650. It accelerates effortlessly from a stop without any EFI glitches, but you don’t have much roll-on acceleration when you are already going freeway speed. 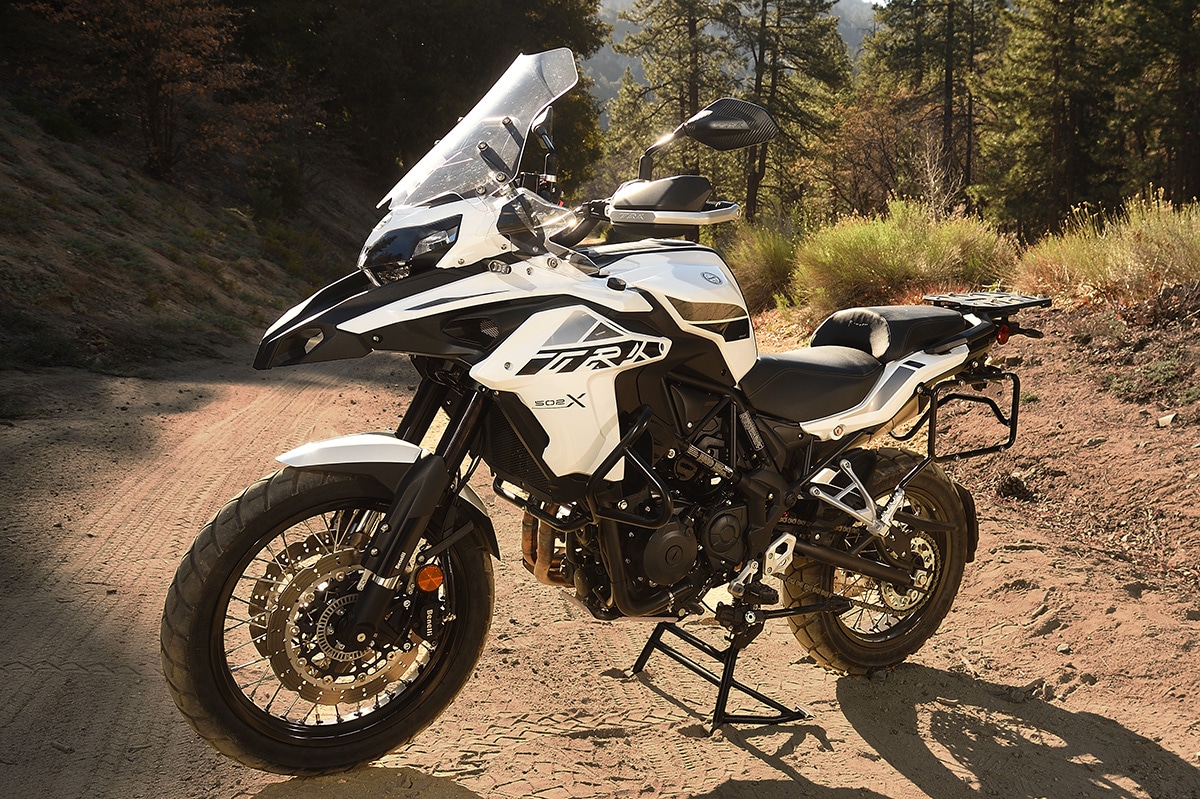 Off-road, the Benelli is a handful. It’s a very big motorcycle–much physically larger than the Kawasaki and Suzuki 650s.  Most of the feeling comes from the high placement of the 5.3-gallon tank and the fairing. It’s also heavy. We haven’t actually weighed it yet, but it should be in the same territory as a Yamaha T7 (450 pounds). There’s no off-road think in terms of suspension adjustment beyond rear spring preload.  In fact, the only off-road concessions are the spoked wheels, the footpeg teeth and the overall handlebar/footpeg/seat relationship. All those things as well as overall styling make the bike identifiable as an ADV bike, but the bike is pretty awkward on anything more challenging than a flat dirt road. There’s no means to disable the antilock braking and, of course, no traction control. The one saving grace in this area is the power delivery. It’s so smooth and friendly that you don’t really need traction control. And in the dirt, it feels like it has tons of power.

The fact that the Benelli isn’t much of a dirt bike is forgivable. No adventure is in this price range is. The 300s might be more manageable simply because they are smaller, but they’re so underpowered that it kills the fun factor. The Benelli is by far the most substantial ADV bike you can get for less than $8000. We will have more in the August, 2021 print edition of Dirt Bike.

BECCA AND THE BOYS 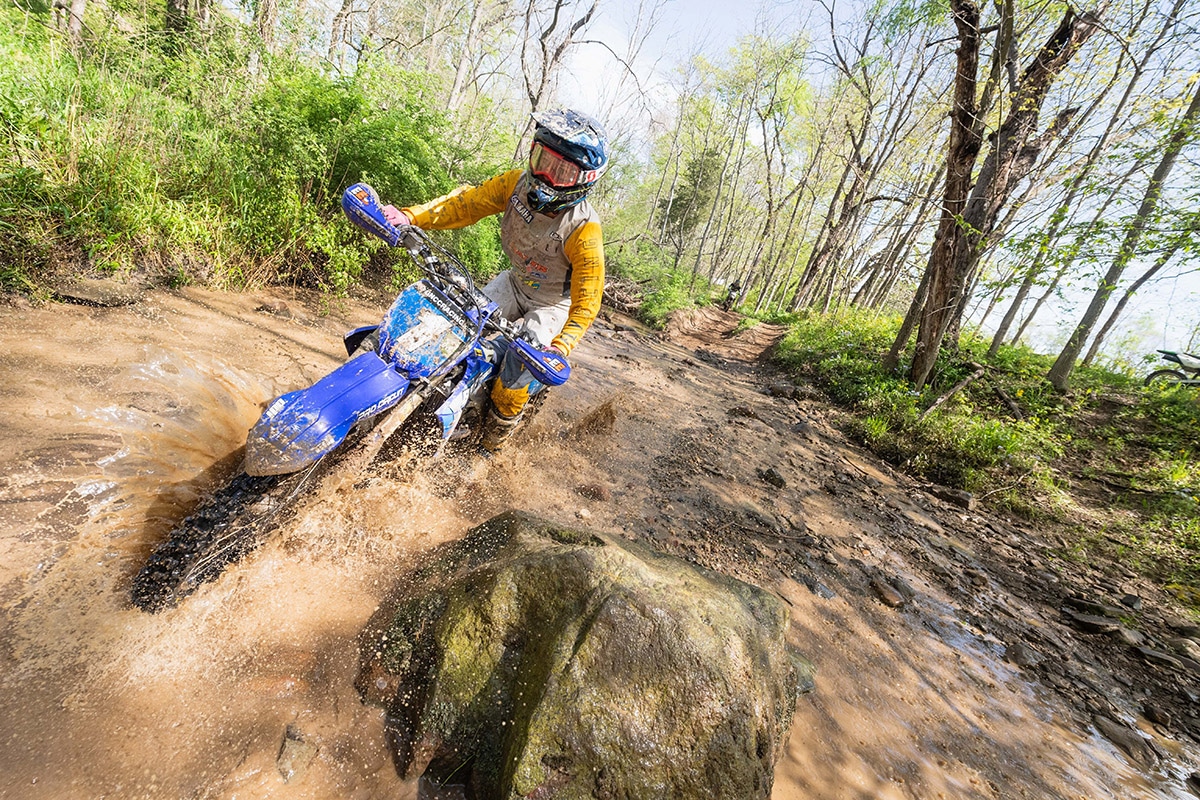 It isn’t unusual for the WXC (Woman expert) winner to beat all the Sportsman A men in the morning GNCC races. It’s happened every race so far this year except one. Sometimes the top woman rider is Becca Sheets, sometimes it’s Rachael Archer of New Zealand. To give you an idea of how fast the women are going this year, just look at the results from the morning race at the Hoosier GNCC last week. Becca Sheets won overall. Second place was the Sportsman A Men’s class winner: Ryan Sipes.

FACTORY GUYS AT THE SONORA RALLY 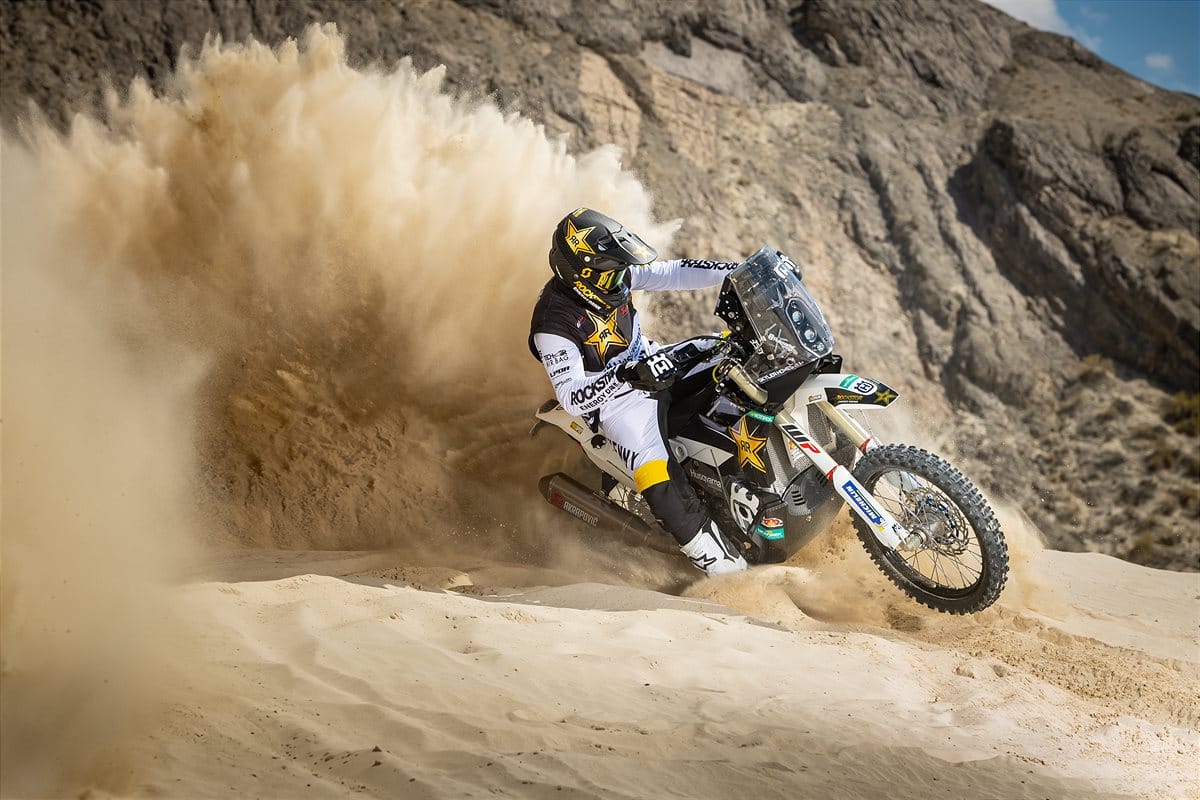 Factory riders Ricky Brabec and Skyler Howes are set to participate in the Sonora Rally in Mexico, due to get underway this weekend. The event will consist of five stages through the Altar desert in the northern region of the country, on the border with Arizona. 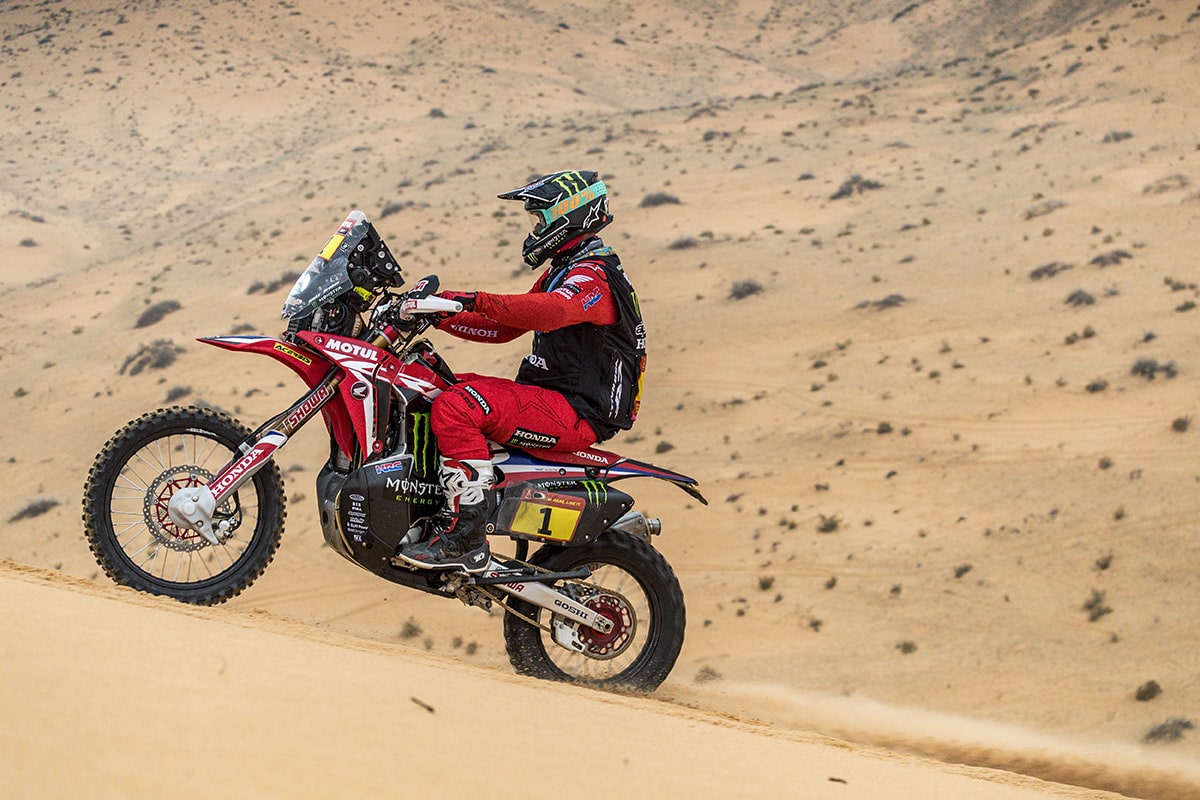 Monster Energy HRC rider Ricky Brabec, as the current Sonora Rally title-holder, will be wearing the number one bib. Howes will be debuting his Factory Husqvarna rally bike. This seventh edition of the Sonora Rally will play out in the Altar desert – one of the most extensive in the North America continent – with its nerve center located in the city of San Luis Colorado. After the technical and administrative checks on Sunday, May 9, the action will get underway with a total of five stages, the first on May 10, with the event wrapping up on May 14. 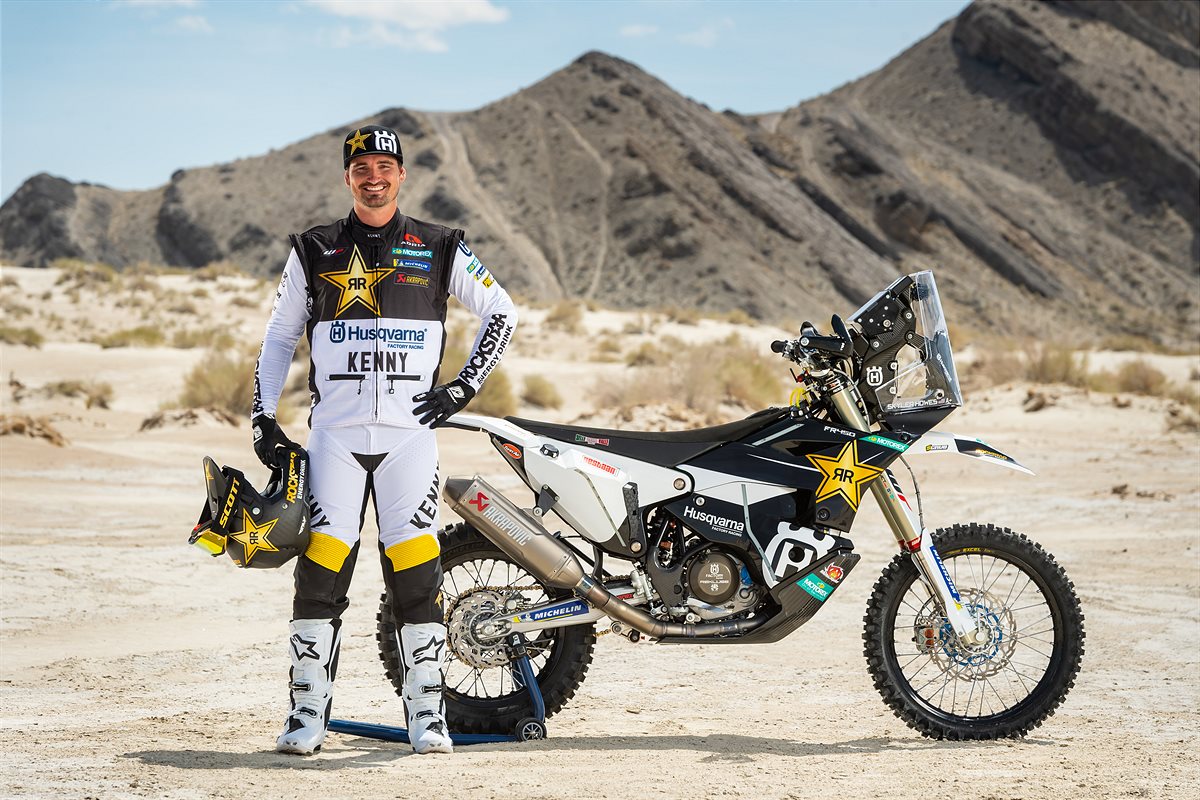 After finishing in the top 10 at Dakar two years in a row on a privateer bike, Skyler Howes earned a position on the Rockstar Energy Husqvarna team. Monster Energy Yamaha Rally team’s Andrew Short is also said to be on the entry list. 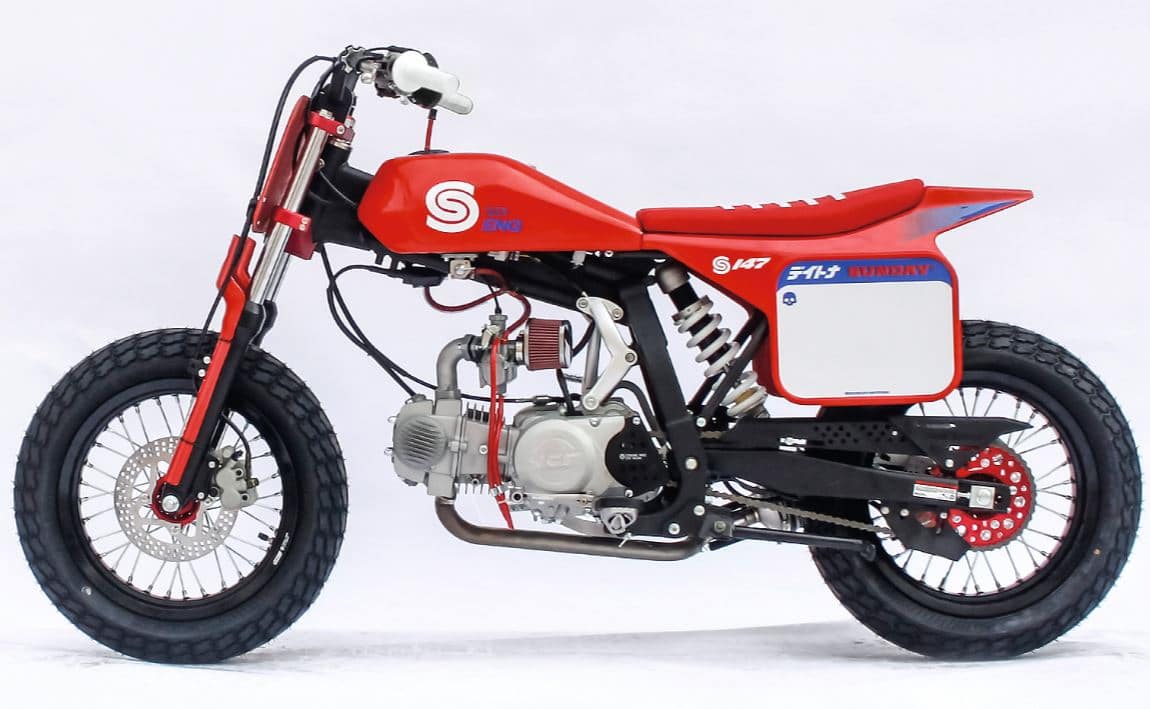 We want to know who you are. You want a free motorcycle. Let’s make a deal. Take the Dirt Bike reader survey by clicking here and you will be entered to win an S-147 flat tracker custom built by Sunday Motors. It features a Mikuni carb and a 150cc motor. No purchase necessary, one entry per person. One lucky survey will be drawn from a big hat on June 6, 2021 and it might be yours. 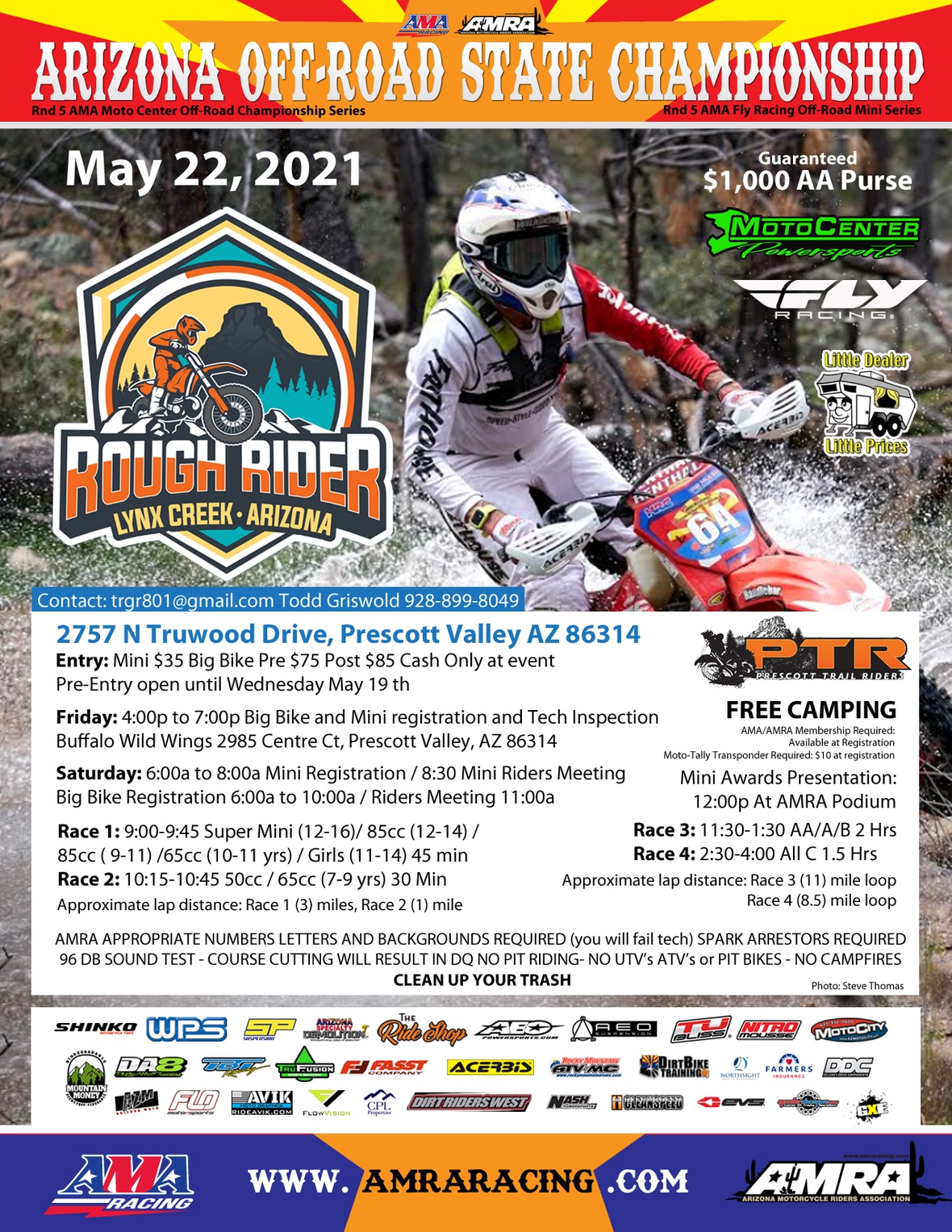 BIG CHANGE FOR WORLD HARD ENDURO ROUND ONE 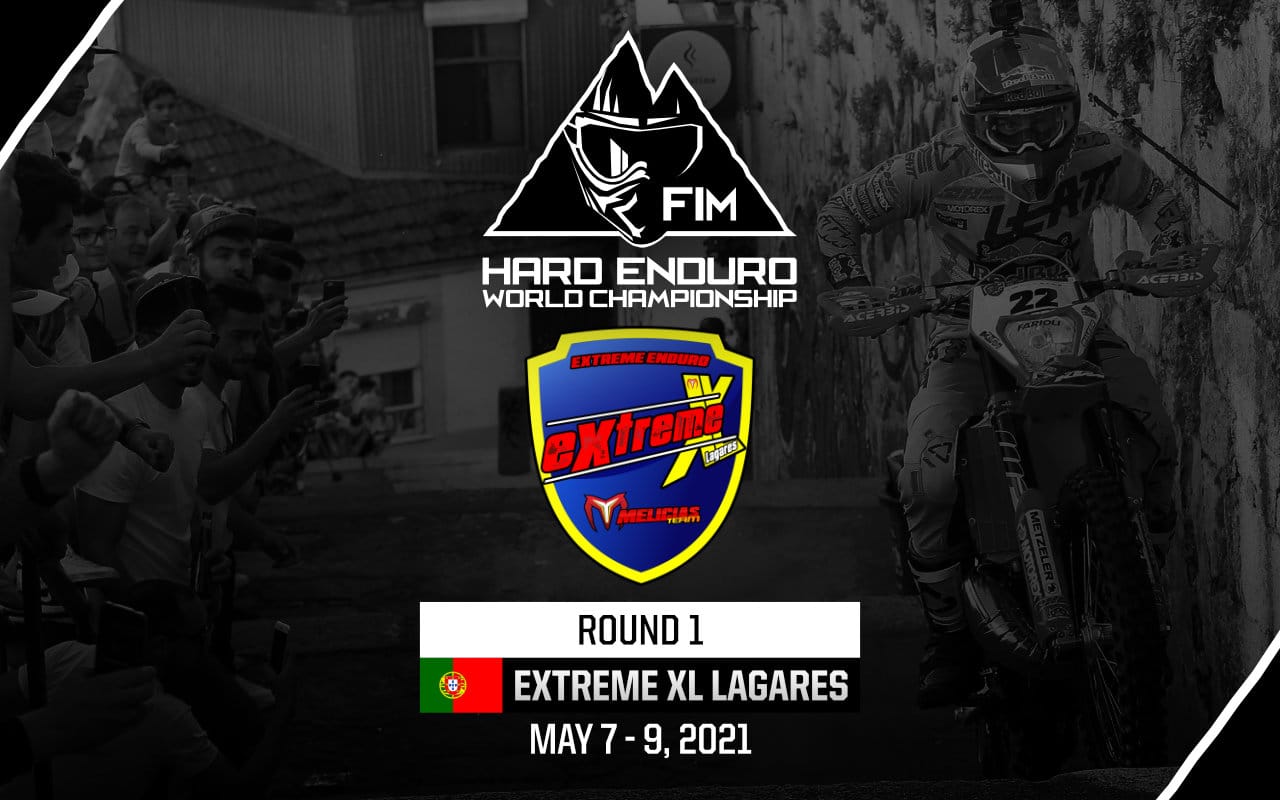 The first round of the Hard Enduro World Championship was scheduled to take place this weekend–and it still will–but there will be changes. A hotspot of Covid 19 outbreaks took place in Portugal, so the format has been changed and relocated. It will start, as originally planned, with Endurocross qualifying for amateurs today, Friday, May 7, and for pro class riders tomorrow, Saturday, May 8. On Sunday, May 9, the event organizers will create a Hard Enduro loop within the military compound and around the paddock area, using sections of the Endurocross track, which will then be used for Sunday’s main race. Sunday will see three finals for the 20 top qualified pro Riders. The rider with the best combined results will be the winner of round one of the FIM Hard Enduro World Championship.