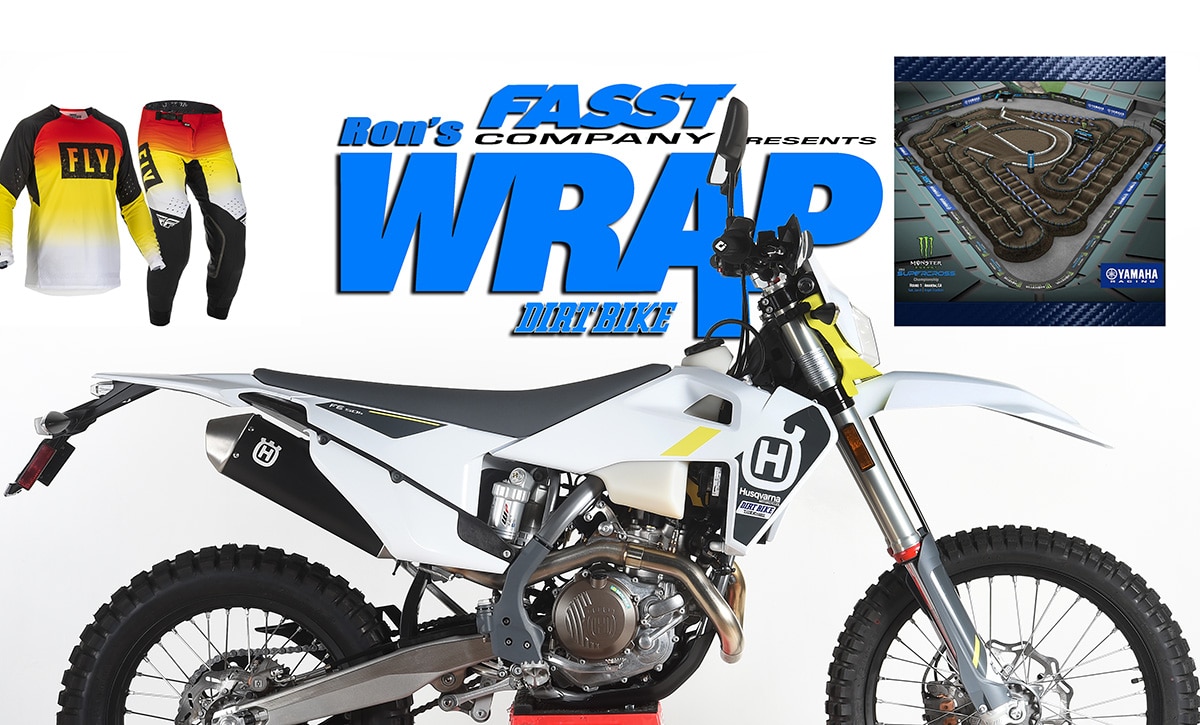 With rain and wet dirt, we spent most of the holidays cutting new trail and exploring off-road areas around home in So Cal. The only way to do that in the condensed urban areas around here is by dual-sport. Luckily, we just happened to have a 2022 Husqvarna FE501S on hand. By now, most people know the story of the FE501. It is the Husqvarna version of the KTM 500EXC, a bike I know very well (I own one). The most significant difference is the rear suspension. The KTM EXC line as well as the XC-W line (the “W” being significant) have PDS suspension connected directly to the swingarm. The Husky doesn’t–it has linkage like virtually everything else. Most of the other differences aren’t very important; the bodywork, airbox, bars and rims are all different. For 2022, the brakes and hydraulics on the Husky are Braktek. They were Magura last year, but in the Covid era of poor supply lines, Braktek was better able to come up with the goods. 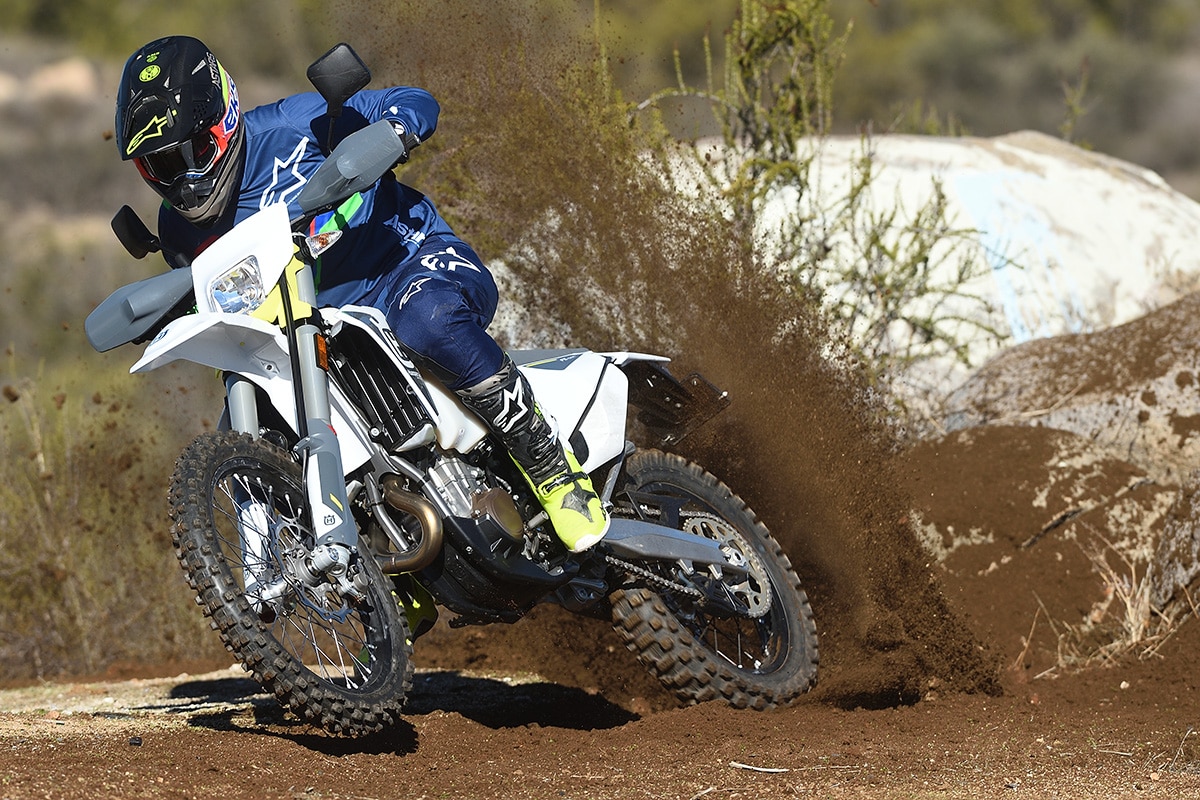 Before you can realistically take the Husky off-road you have to do the three R’s: Regear, Replace and Relocate. Regearing is straightforward enough. The stock gearing is too tall in the dirt and too low for the street. We find that going to a 51-tooth rear sprocket is enough for virtually any trail and you still can hit brief sections of road without revving so high that your head explodes. “Replace” is about the tires. You need knobbies to go off-road. The stock Conti TKCs are there to pass the DOT ride-by sound test, not for traction. There are plenty of DOT-legal knobbies out there, but we have never had an incident where any kind of law-enforcement agent actually checked the legality of our tires. You should know, however, that you can’t hit turns like a roadracer with dirt tires. When you install knobs, you will also need to install rim locks and you really should balance the wheels. The “Relocate” part of the puzzle refers to the license plate bracket and tail light. The stock Husky has a Christmas tree hanging upside down off the rear fender. It is supposed to hold the plate, blinkers, reflectors and lights. It will eventually get sucked into the rear tire and you will lose all that stuff. Before even riding our FE, we took all that off and relocated the plate and tail light to the small inner fender. It’s not a DOT-approved practice, but neither is riding around with a bunch of bare wires where your tail light used to be. The stock Husqvarna plastic is a jigsaw puzzle and the job will take you much longer than you think.

After you do those three things, the Husky is a delightful off-road machine. It runs amazingly well for a bike that’s so quiet. It doesn’t flame out, it rarely stalls and the power is decent. Most riders don’t need to take another step forward into the aftermarket world, and if you don’t know what you are doing, you will just make the bike run poorly with more noise. If you do want more power, the first thing you will need is either a GET RX1 ECU or a Vortex 10. They allow you to alter the EFI mapping and, of course, make the bike an EPA outlaw. There are a number of outfits like Slavins Racing and Taco Moto that have proprietary maps for different modifications. Riders generally go to a less restrictive (louder) muffler and in many cases they take out the reed valve that sits between the air filter and the throttle body. One advantage that the Husky offers over the KTM is that you can easily replace the air boot with the less-restrictive one off the motocross bike. In the case of the KTM, it won’t fit.

We didn’t do anything to alter the power of our test bike. First and foremost, we wanted to keep it quiet. And for the tight trails we like, the power is fine. To be honest, a higher priority would be suspension modifications. The Husky is very soft and the WP Xplor fork is a little odd. The compression clicker on the left fork cap has very limited usefulness. One of the best and cheapest solutions that we have tried is ESR’s base valve kit, which puts a more conventional base valve in each fork leg. You do away with the left side compression/right-side rebound configuration and end up with a more common set-up with clickers on the top and bottom of each leg.

That’s on the to-do list. We will have this bike for a while and if history is any indicator, staff members will line up to buy it after the test is over. You can read about it in the April print edition of Dirt Bike. 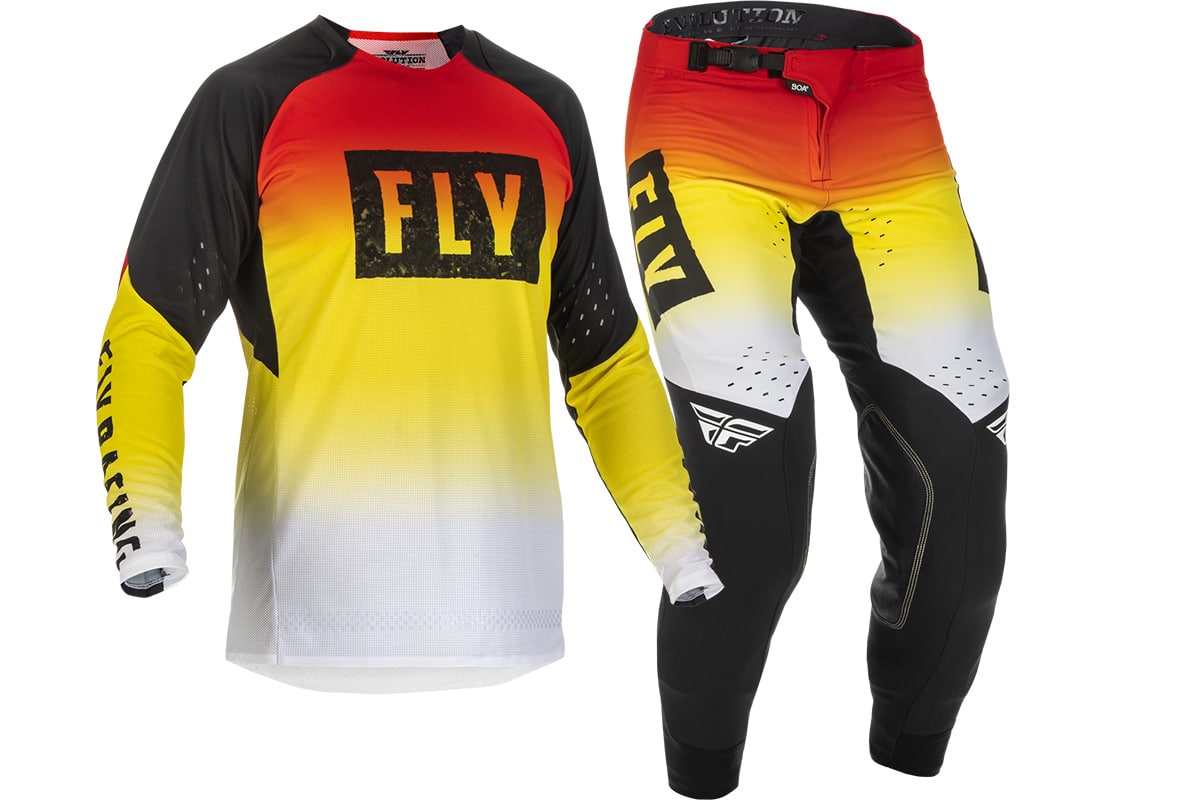 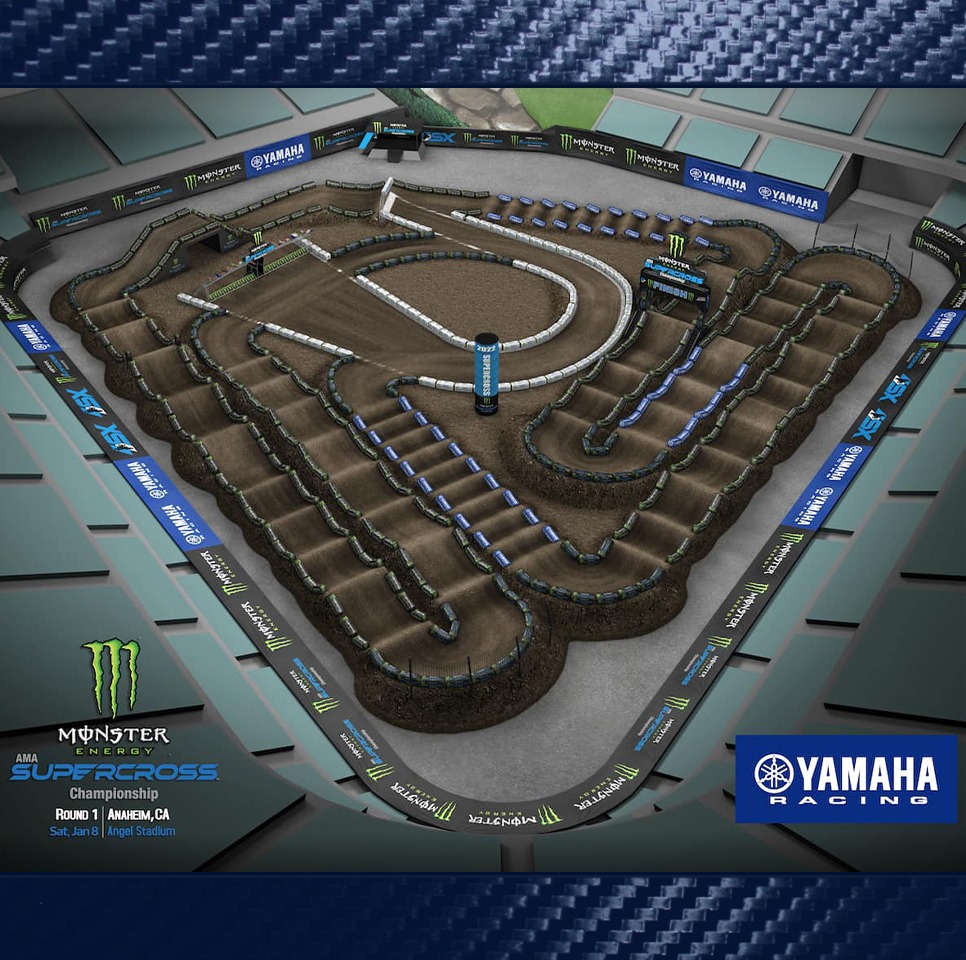 EAST AND WEST: Team Honda HRC rider Jett Lawrence sustained a cracked rib on his left side in a crash while training at The Compound in Florida on December 27. The Australian was diagnosed the following day at B3 Medical in Tampa, Florida, and after taking a week off, he still wasn’t 100 percent when he tried riding in California on January 3. With the Anaheim 1 250SX West Region opener set to take place this Saturday, the team has decided to have Jett and teammate/brother Hunter Lawrence trade regionsThe Monster Energy Pro Circuit Kawasaki team will have two riders will make their season debut inside Angel Stadium this Saturday. Jo Shimoda (No. 30) and Seth Hammaker (No. 47) take center stage for the team as Round 1 of the Monster Energy Supercross 2022 season gets underway. Star Racing Yamaha and defending West Coast 250SX Champion announced that he will miss the entire 2022 SX season due to a foot injury suffered during practice.

BACK IN THE DAY: On December 4, 1976, Marty Smith raced to the first ever 450SX Class victory in Angel Stadium (formerly known as Anaheim Stadium) on his Honda. Since then, Supercross has made Anaheim home to its most visits in one city or stadium with 76 gate drops. After missing a year on the schedule for the first time this millennia, Anaheim is roaring back with three stops on the schedule in ‘22 pulling its total to 79 450SX Class races before season’s end.

FAST FACTS: Angel Stadium has hosted 30 450SX Class season openers, the most of any city by 24 stops over Orlando who hosted six openers in the 1990’s. 2022’s opener will be number 31 for the venue.

The eventual series champion has not fared well in 450SX Class season openers. Only 17/48 (35%) times has the opener victor also won the title. The number drops in Anaheim Openers to 6/30 (30%). Ryan Villopoto is the last rider to win the opener and the title (2012 Anaheim, Kawasaki).

In 2021 Justin Barcia tied Jeremy McGrath’s record by winning three-in-a-row season openers. Even though the King has five total opener wins, Barcia could move into second all-time by himself and become the first rider ever to win four straight season openers.

All 17 rounds of the 2022 Monster Energy Supercross schedule will be broadcast live across the NBC, CNBC, USA Network, Peacock TV, and NBC Sports digital platforms. Which one depends on your area. Looking at tomorrow’s schedule, it looks like DirectTV will broadcast A1 on CNBC. 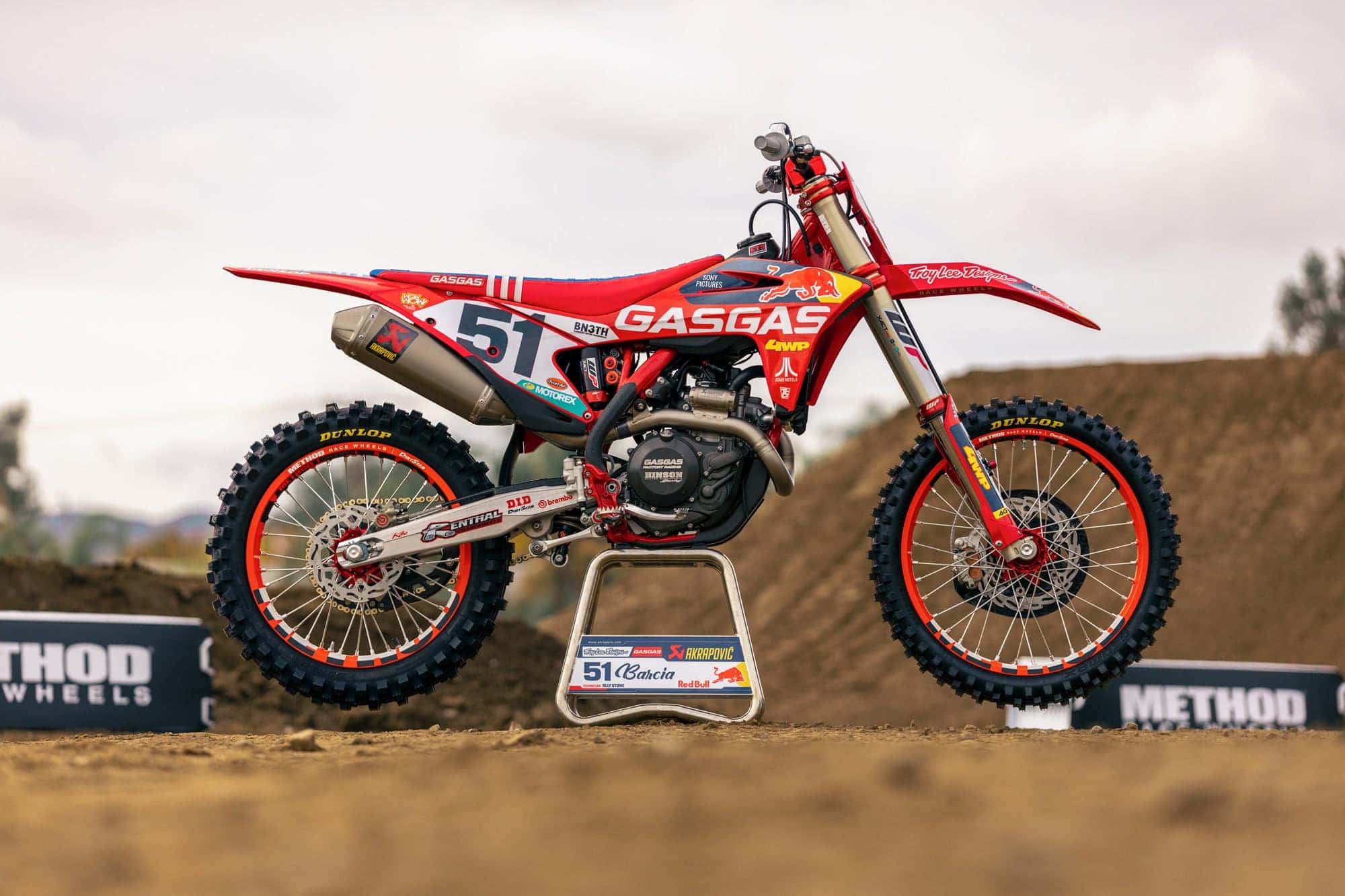 THERMOSTAT, IN OR OUT? MR. KNOW-IT-ALL