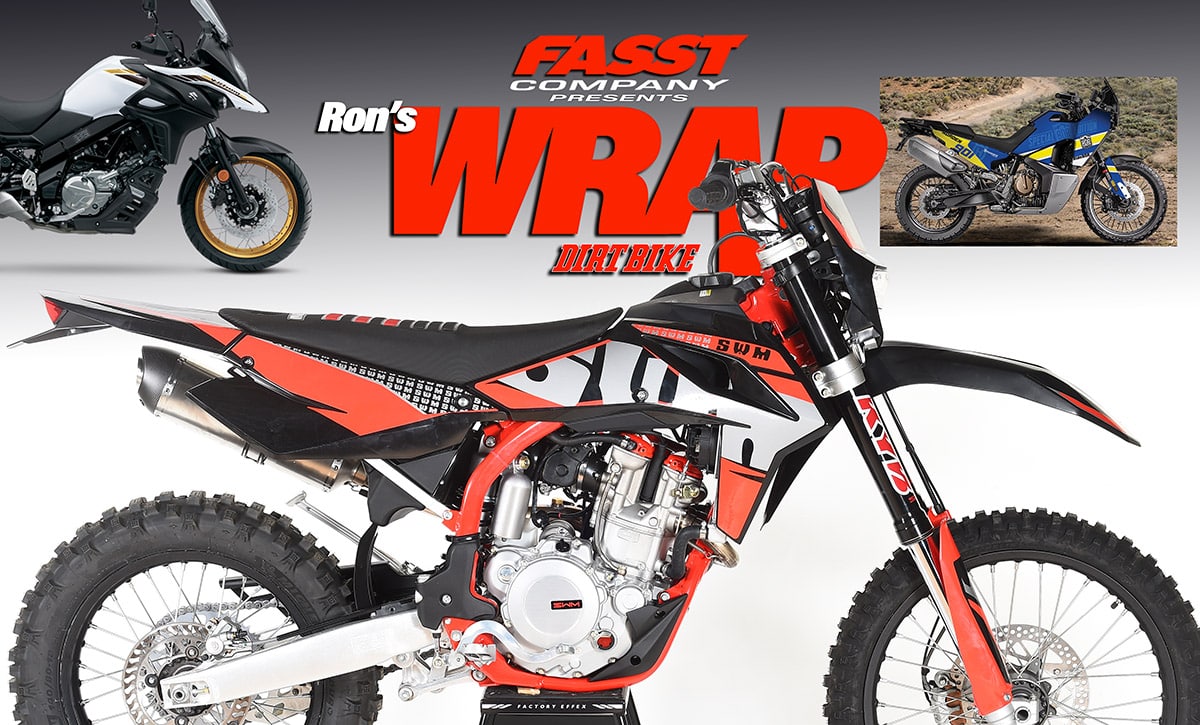 The SWM RE500 is a brand new model–sort of. It’s a new name for a bike that we find very familiar. When we last tested it in 2020, it was called the SWM RS500 and it was a fully certified dual-sport bike. Now, the 2023 version is back as a dirt-only model, simply because it’s awaiting recertification. If you know how the federal government works, you know that could take a while. Rather than wait for that to happen, the U.S. importer made a few changes and is offering it as a trail bike. Those changes include richer mapping and a more aggressive WRP exhaust system. In many states, this model is fully acceptable as a dual-sport bike as is. 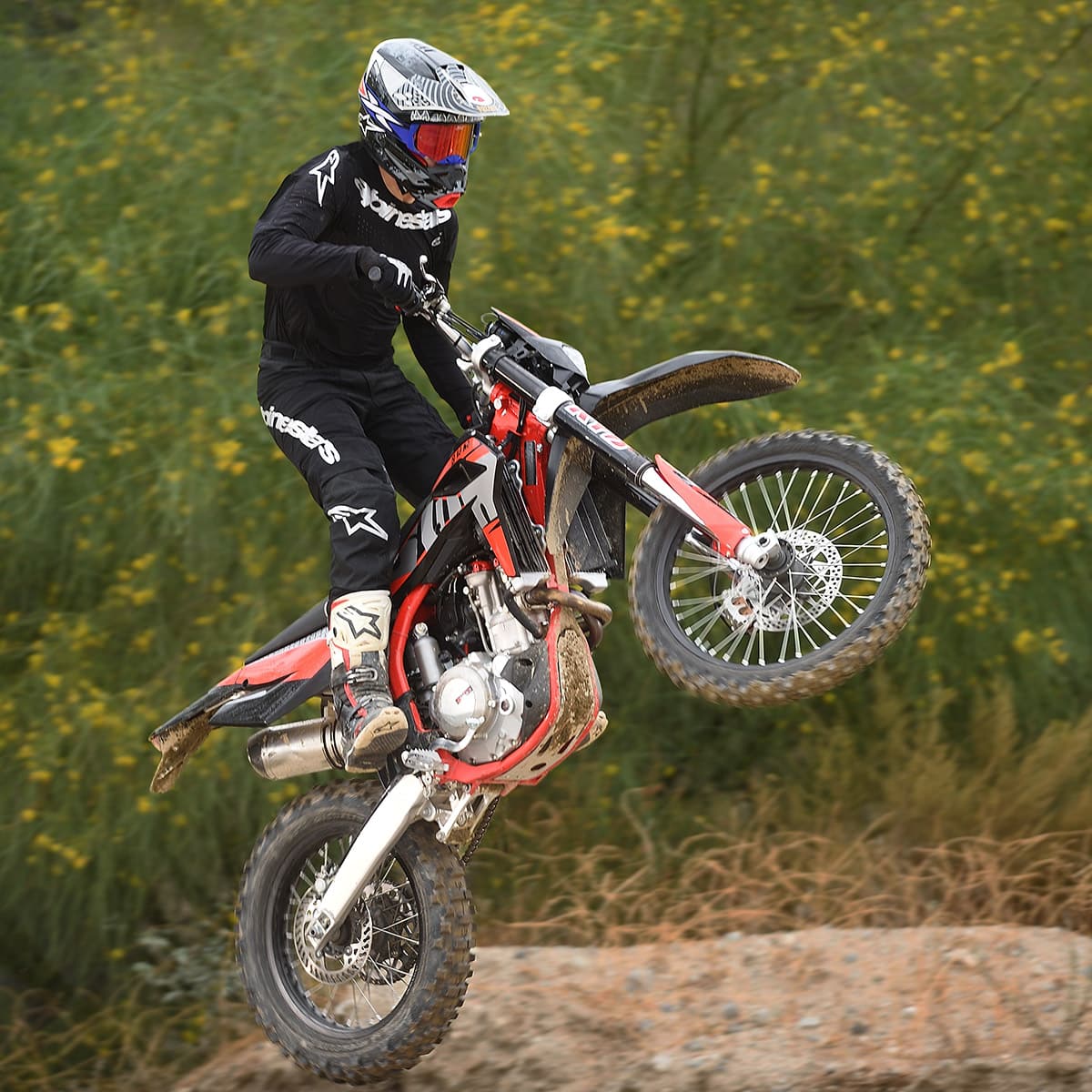 We will forgive you if you don’t know what an SWM is in the first place, but you might know more about it than you think. The motor and frame were once sold under the Husqvarna name. Back in 2006 Husqvarna was the first company to offer a truly dirt worthy dual-sport bike. A few years later, BMW purchased Husqvarna and discontinued this particular model because the Germans had just designed their own dual-sport 450. In that time period, BMW financed and built a whole new Husqvarna factory near Varese, Italy, then promptly lost interest in the whole project.  They sold the Husky brand to KTM and abandoned the new factory. 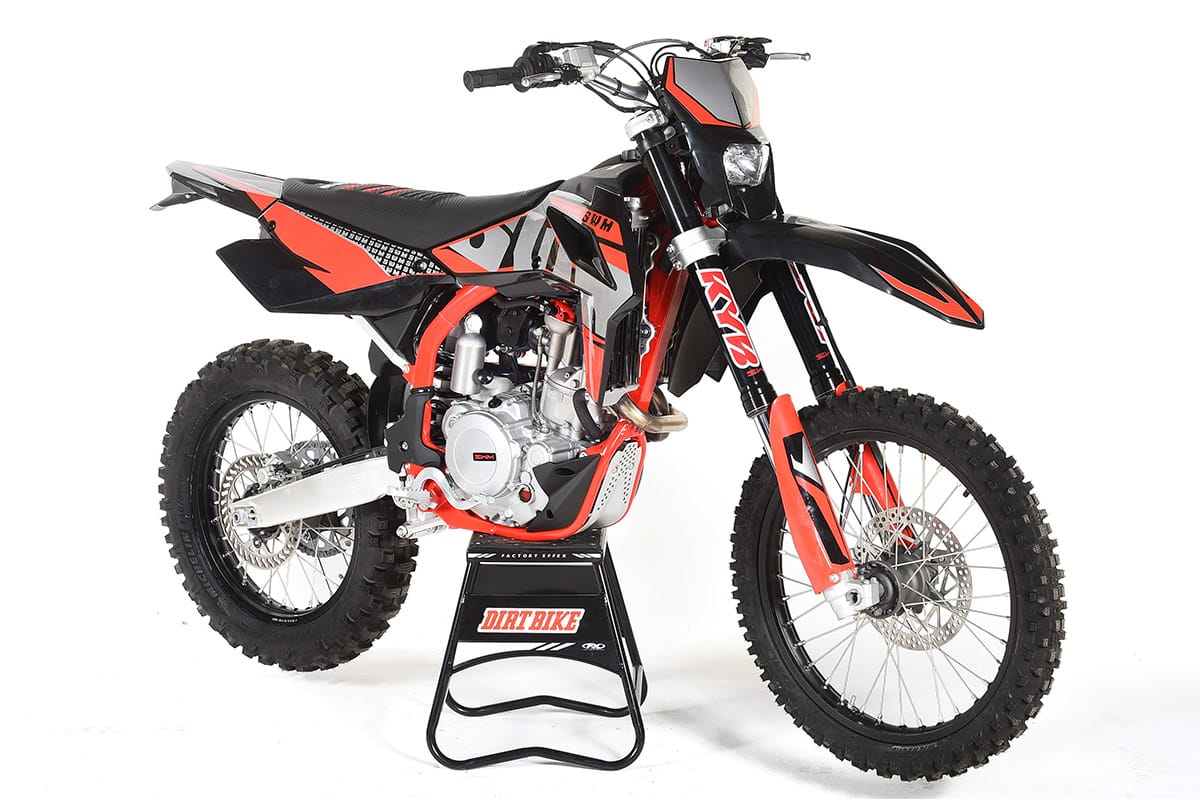 That’s when SWM came into the picture. An investment company got the factory going again and acquired all the tooling to make the old Huskys under the SWM name. They were street-legal in 2020, but then changed U.S. importers and now the bike must go through the certification process all over again.  Got it? There might be a test later. Of course, the new SWM isn’t exactly the same as an old Husky. It has much more sophisticated Mikuni fuel injection, new body work, Brembo brakes and KYB suspension.  Even with all that stuff, the price is $8299. 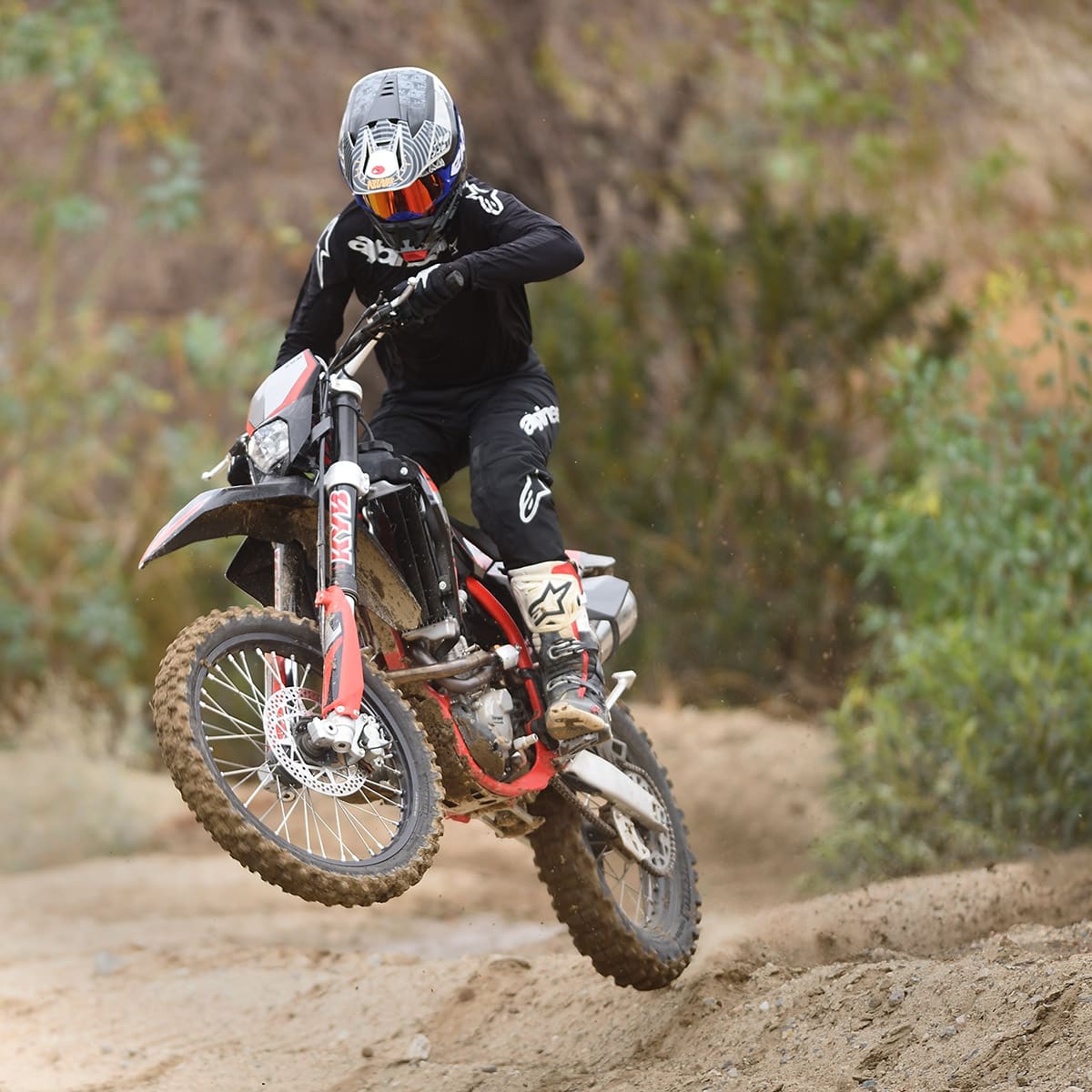 The RE500 isn’t quite like any other bike currently sold in the U.S. The closest might be a Yamaha WR450F or a Honda CRF450R, but even those bikes are imported as off-road motorcycles and meet federal noise and emission standards, whereas the SWM is is a more aggressive state of tune. The power out put isn’t bad at all. It’s no race bike, but it’s great for trail riding in wide-open spaces and can go hill-climbing with the best of them. Its weakest point is its weight. It weighs 274 pounds on our scale without fuel. It’s also a very big motorcycle with a seat height that is intimidating to riders of medium stature. 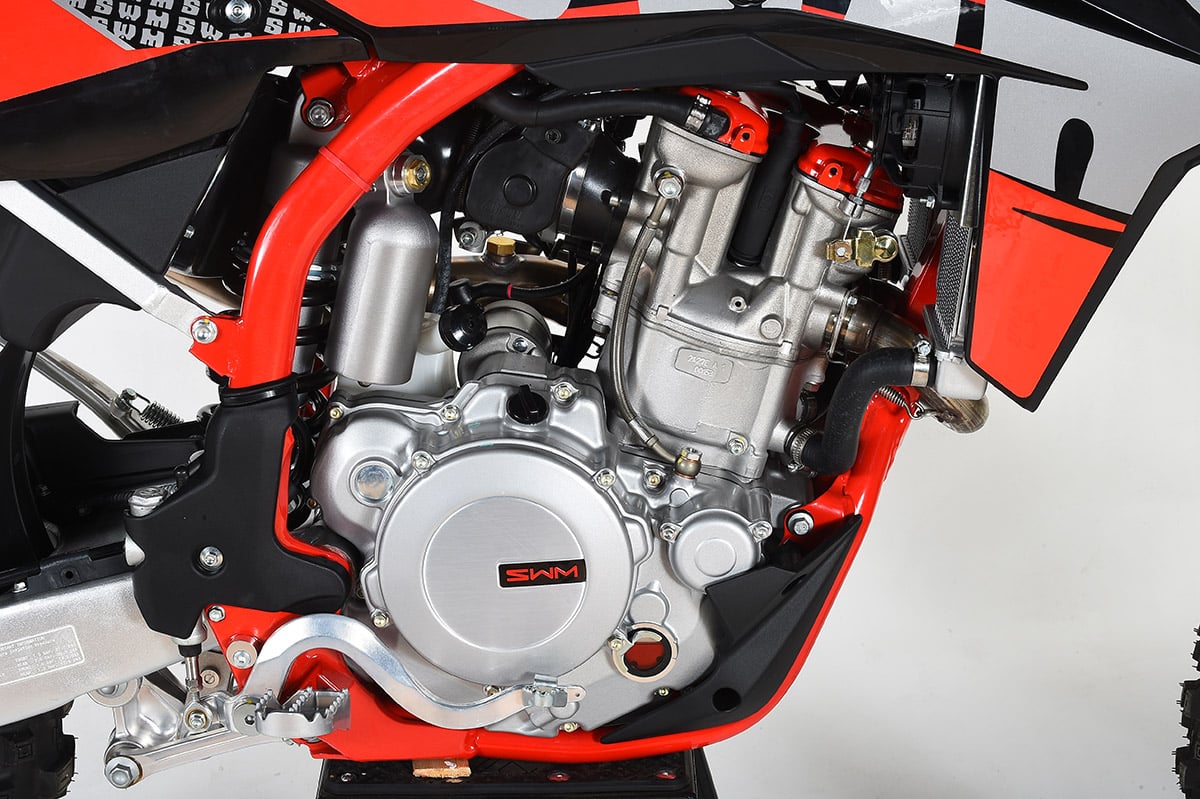 Still, you aren’t going to get a KTM-killer for that price. The SWM is a legitimate choice as a true trail bike and will make a very good dual-sport bike. Stay tuned for a full test in the print edition of Dirt Bike. 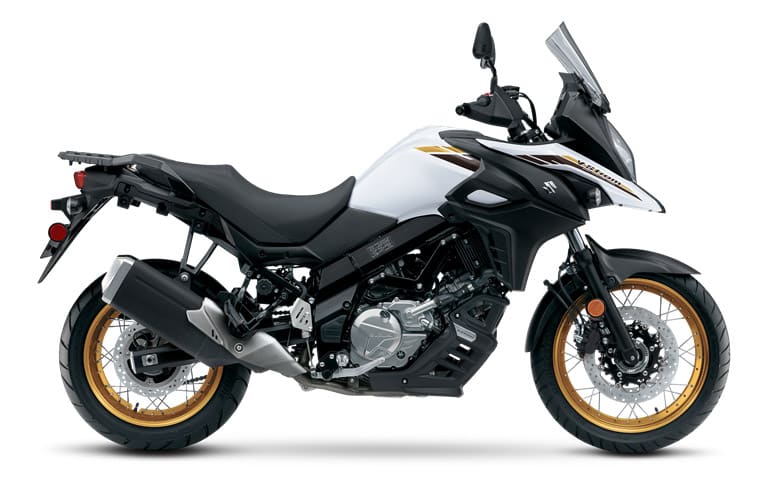 Street bikes and adventure bike makers use a slightly different  calendar than we do in the dirt world. Even though we have had 2023 models for months,  adventure bikes are only being announced now. The first of thethem comes from Suzuki. There are two versions of the V-Strom 650 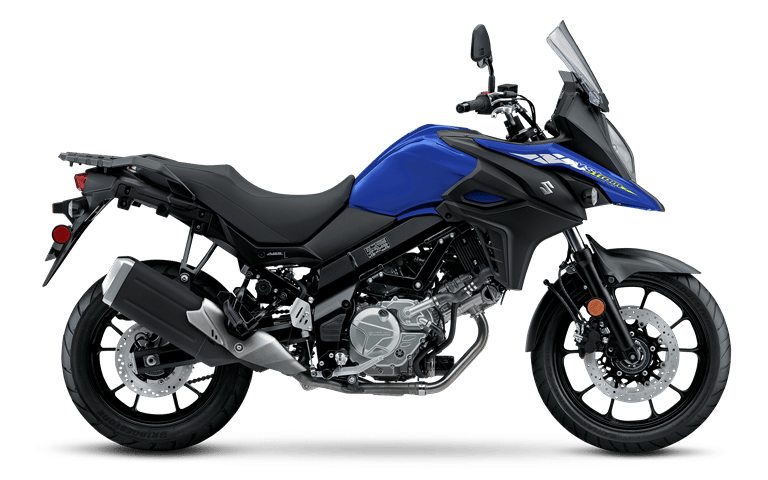 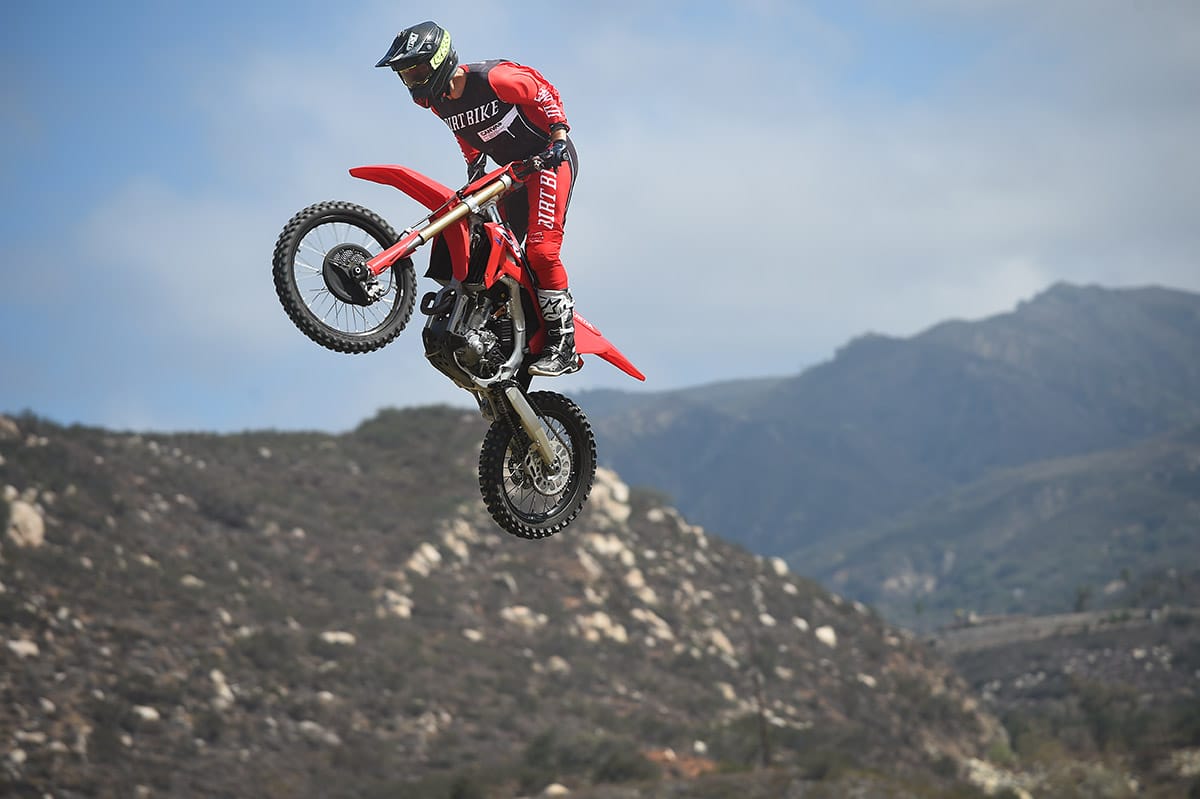 You might have seen some high-profile riders at races like the Vet MX des Nations and the Red Bull Straight Rhythm wearing some one-off custom kits in recent years. Canvas is a company that makes completely custom riding gear to order. How many kits do you have to buy to get your own graphics? One. Or hundreds. You get to choose. The company has just opened a new factory in Southern California and we were pumped to get some slick new Dirt Bike Magazine kits. You can check them out at CanvasMX.com. 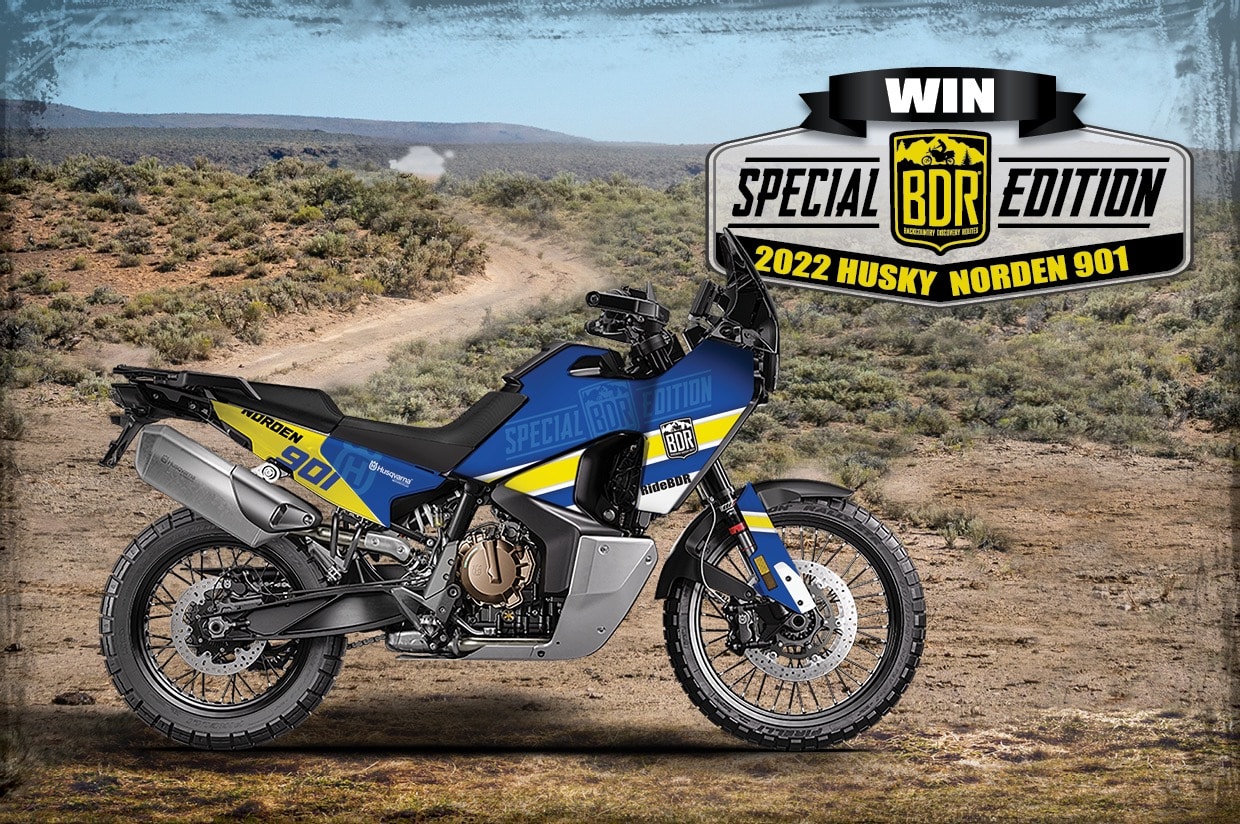 The guys who run Backroads Discovery Routes are true enthusiasts that have an awesome nonprofit organization dedicated to making adventure riding easier. In order to keep making new routes, they are raffling off a fully built Husky Norden. The upgrades package includes:
Your donation will help the 501c(3) non-profit Backcountry Discovery Routes continue to create and preserve off-highway riding opportunities for dual-sport and adventure motorcyclists.

Click here to enter the BDR giveaway.
See  you next week!